You are here:
Home / GTA 5 Online Summer update: When is new GTA Online update coming out? 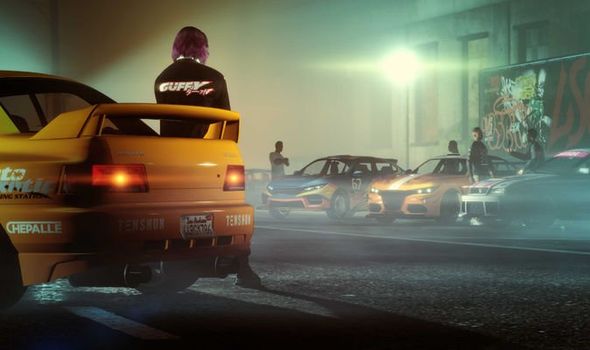 GTA Online remains one of the most popular multiplayer modes on PS4 and Xbox One consoles, with a new version in development for next-gen consoles.

But while gamers will have to wait for that version to arrive later in 2021, Rockstar Games has plans to launch its next big expansion.

As usual, this will be an online affair, meaning that the base Grand Theft Auto experience will not change.

However, while there are no plans to offer new story content for the best-selling game, things will be changing in multiplayer.

GTA Online is extremely popular and is one of the reasons that Grand Theft Auto V continues to top the best-selling charts over recent years.

So all eyes will be on what Rockstar Games has planned next for GTA Online across PS4, Xbox One and PC.

WHEN IS THE GTA 5 ONLINE SUMMER UPDATE COMING OUT?

Rockstar Games has not announced when it will be releasing its new GTA Online Summer update, but we do have some unofficial news.

According to TezFunz on Twitter – a reliable source for GTA news – the GTA Online Summer update has a release date set for Thursday, July 22.

For now, Rockstar Games has only teased its plans for its Summer expansion, including what will be included.

This includes their being a new Car Meet event that will be running, with the development team telling fans earlier in July:

If the GTA Online Summer update is being released next week, we can probably expect a new trailer or newswire post in the coming days.

It’s not guaranteed, but Rockstar Games could drop something as soon as Thursday, July 15.

This will be when the next Grand Theft Auto Online bonuses and rewards are released and would make the perfect time to share the latest information.

However, all this must be taken with a pinch of salt until we hear more from Rockstar Games.

There is no official guarantee that the new GTA Summer expansion will be available to play next week, and Rockstar could choose to share its announcement next week, followed by a longer wait for the patch to drop.

Rockstar recently dropped its new content expansion for Red Dead Online, and they have followed these types with others in the past.

And if nothing is revealed this week, GTA fans can look forward to a new list of rewards to be announced on July 15.

Until then, these are the current highlights worth tracking down in Grand Theft Auto Online: