You are here:
Home / Grosjean/Baldwin win Virtual Race Of Champions

F1 star Grosjean and top sim racer Baldwin combined to win the virtual Nations Cup by overcoming Swedish World RX champions Hansen and Johan Kristoffersson in the team final of the event, which was run in partnership with Motorsport Games.

Grosjean was forced to pull out of the individual event at the last-minute due to a family emergency but was able to make it to the team event – only to end up losing each one of his races for Team All-Stars. Fortunately, 2019 eROC champion Baldwin won every single one of his head-to-head races, including a deciding final race against the individual winner Hansen.

Baldwin had secured his place in the All-Stars team alongside Grosjean having edged Red Bull Esports team manager Nils Naujoks by just 0.068 seconds in the final of the sim racers category. 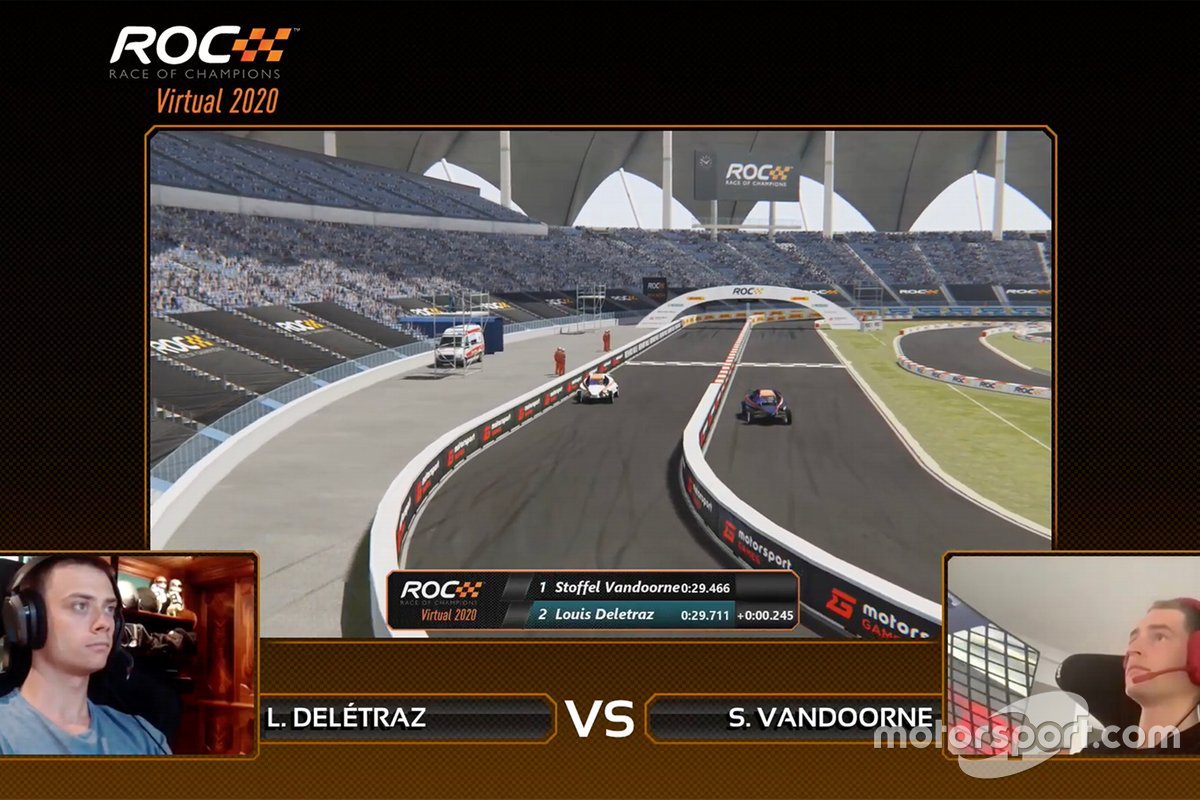 Photo by: Race of Champions 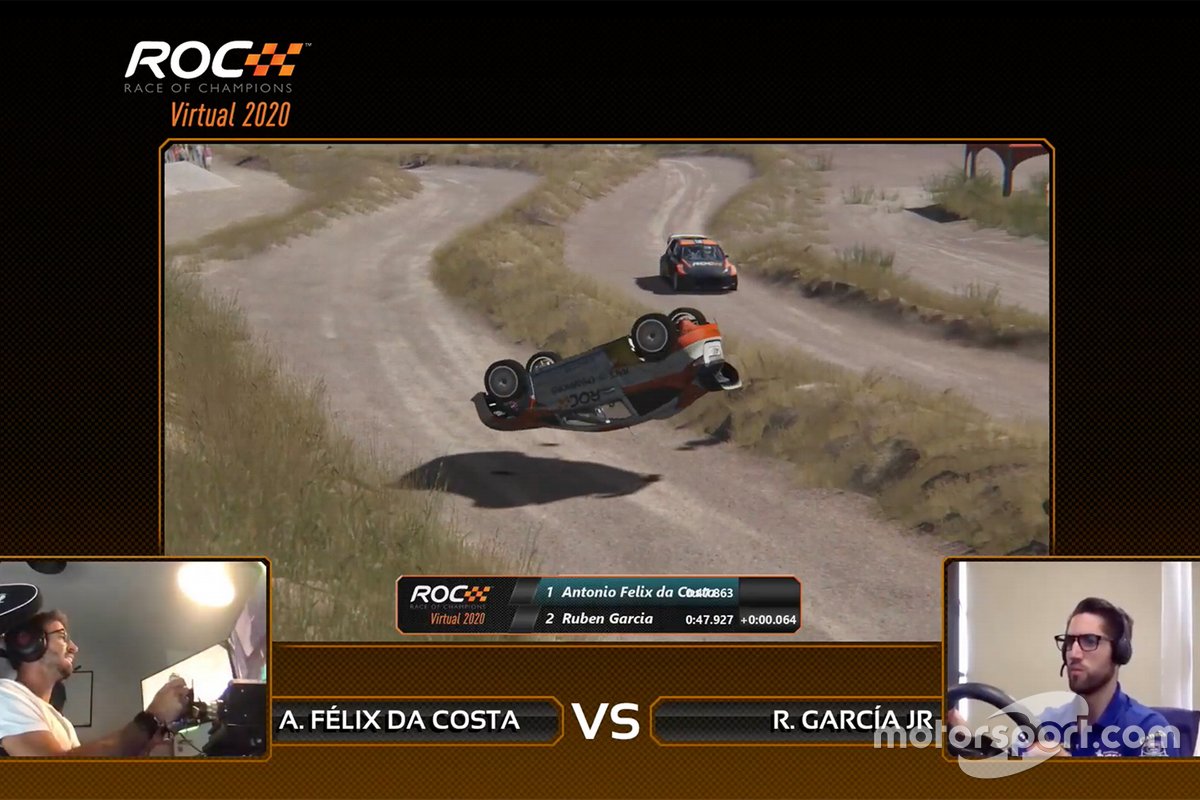 Photo by: Race of Champions

2012 Race of Champions winner Grosjean’s withdrawal from the individual event meant Hansen progressed to the knockout stages after placing second in the group behind Rast.

28-year-old Hansen defeated his former World RX rival, 2003 World Rally Champion Petter Solberg in the quarter-final to set up a re-match with Audi’s new Formula E recruit Rast in the semi-final. Rast was on course to beat Hansen for the second successive race but spun just millimetres from the line and Hansen was able to progress to the final while Ras was eliminated.

Garcia Jr made a small mistake in the final, which used rallycross machinery, and ended up on the grass which left Hansen to take a comfortable event win.

“It’s such an honour to be invited to this race,” Hansen said after the race. “It’s always been a big dream of mine because I’ve been watching the Race Of Champions since I was a kid, seeing all these great names compete.

“Of course, I’d love to have been there in person, but this is how it is and I’ll take this any day.”

Garcia Jr made it to the final after current Formula E championship leader Antonio Felix da Costa rolled out of the semi-final and Mercedes GT ace Raffaele Marciello crashed out of a likely win in the quarter-final.