You are here:
Home / Gotham Knights Shows Off 28 New Suits

With the release of Gotham Knights just around the corner, WB Games is offering a glimpse at what the game will look like at launch. Specifically, the developer has revealed that players will have a ton of different costumes for the four super protagonists to try on. Even more, these costumes will range from classic cartoon and comic getups to newly designed suits from some comic book legends.

The good folks at IGN debuted the first look at 28 of the suit designs for Gotham Knights. They also took a deep dive with the creators to understand how these suit designs came to be and what players can expect from them. This includes how they will work in-game and how they can be customized.

Suits in the game fall within two categories: suitstyles and transmogs. The suitstyles change both the appearance of the suit and offer some stat changes, while the transmogs are purely cosmetic, offering only a new look. Although the overall design of the suitstyle is fixed, players can customize certain elements of each, including options to alter the cowl, logo, gauntlets, and boots. However, you can't mix parts of one set with another, so no putting Red Hood's helmet on Nightwing's head. 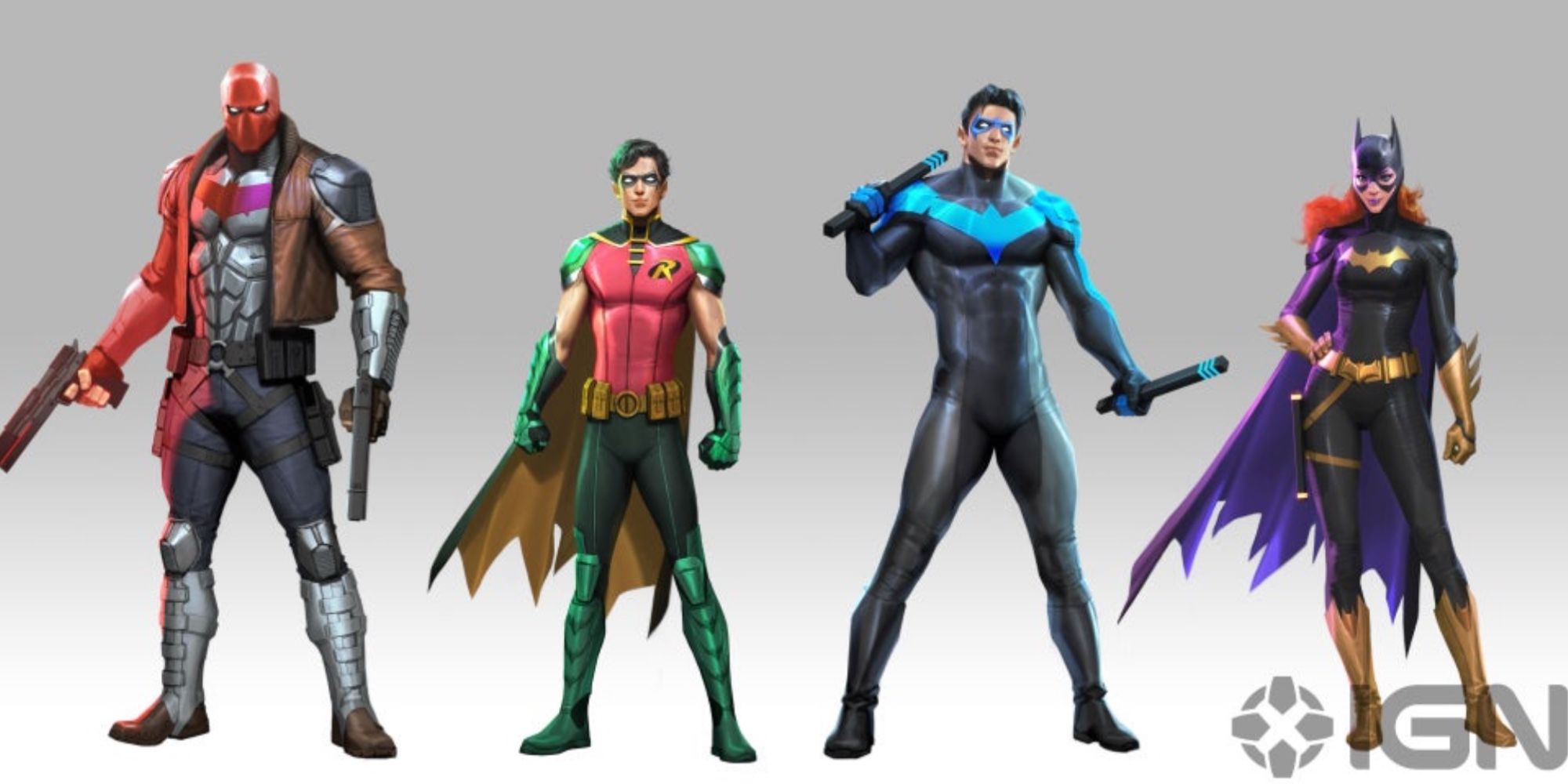 To create the suits for Gotham Knights, the team looked both internally and externally for the best artists around. This led to an art team from all over the globe working on the unique look of these suits. Of course, with DC working closely with WB Montreal on the action title, they also had the opportunity to recruit a big name in the world of Batman: Jim Lee.

The legendary Batman artist contributed a set of transmog suits for the game. His “Knightwatch” set joins others inspired by classic Batman comics and cartoons. Other sets include one inspired by the classic cartoon Batman Beyond, a futuristic “Eternal” set, the militaristic “Knight Ops” set, a retro “Neon Noir” suitstyle set, and more.