Gotham Knights is an action-adventure game set in the Batman universe. As a Batman adjacent game, you'll be fighting criminals, gliding through the air, and using your detective skills to solve many puzzles. Case 2.2 is full of puzzles, as it involves sneaking into the Court of Owl's lair, the Old Powers Club.

As an enigmatic criminal group, the Court will do anything to remain hidden in the shadows, so your detective skills need to be sharp. The second puzzle you encounter in the Powers Club will have you twisting a series of statues to create a shadow of a bird behind them. It can be a little fidgety, but thankfully, we have the solution for you.

How To Reach The Shadow Bird Puzzle 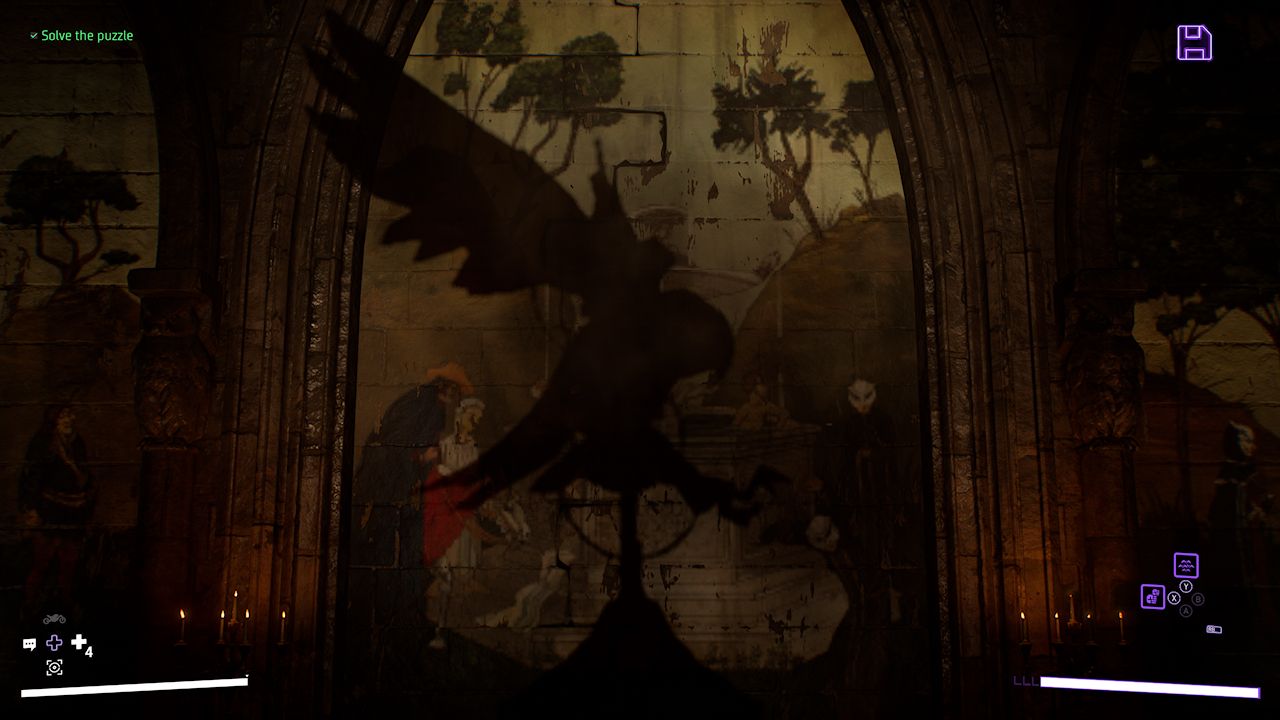 After you infiltrate the Powers Club and defeat a group of henchmen, you'll need to find the secret entrance to the Court's lair. Use your AR scan (down on the D-Pad) to spot a mechanism under the floorboards in the first room.

You'll have to find the hidden buttons in the remaining rooms to activate it. There'll be one button in the room to the left, hiding in a bust. Another button will be inside a hollowed-out book in the room to the right. Use your AR scanner to reveal the buttons on both objects. Once you activate the mechanism, a staircase will open up heading underground. 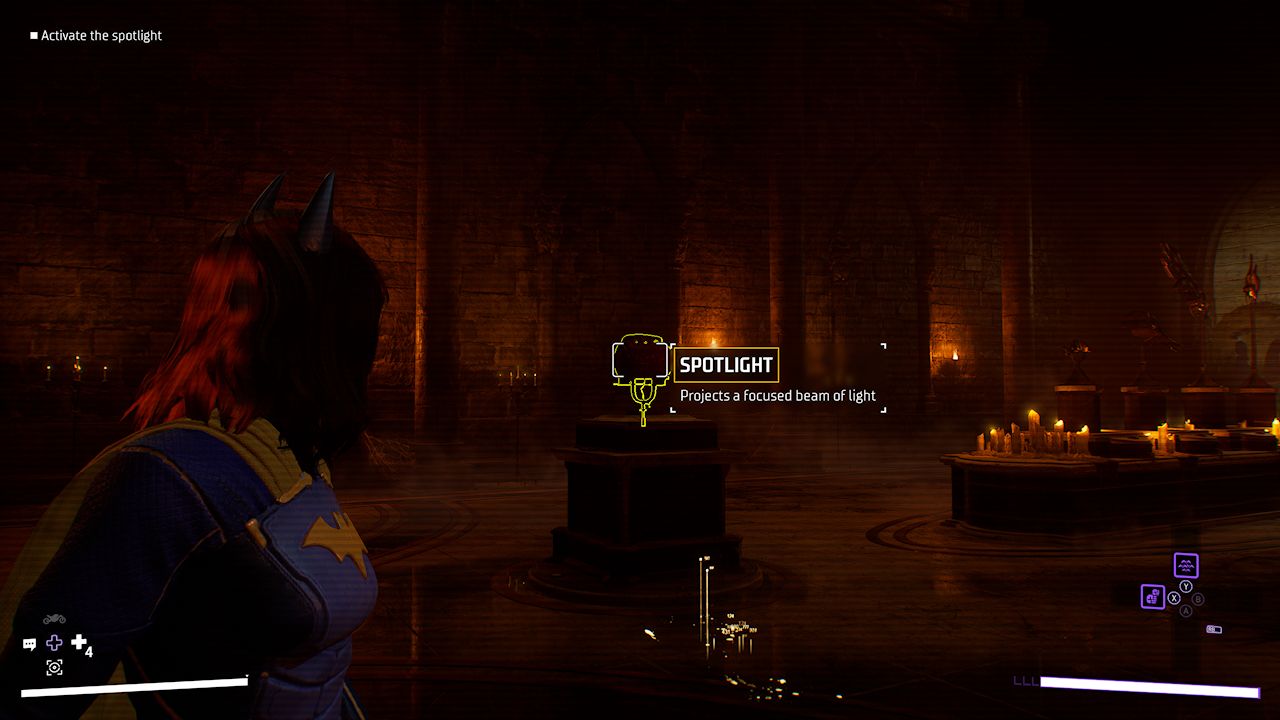 Follow the blood trail heading downstairs until you reach a candlelit room. The blood trail will stop at the furthest wall, so of course, there'll be another hidden door.

Head back to the entrance and hold the AR scan button until a reticle appears on the screen. Aim at the light to scan it, then activate it. This light will cast a shadow onto the furthest wall. From here you'll need to move the various contraptions on the table to create the shadow of a bird on the wall. Here's how many time you should turn each part:

Once the puzzle has been solved, the wall will open up, revealing the existence of the Court of Owls. Defeat your enemies and travel further through the crypt to learn more about the shadowy organisation.