You are here:
Home / Goose Goose Duck: 10 Relatable Things Every Player Does

Goose Goose Duck is only a year old, but that doesn't stop us from having relatable moments in the game. Whether it involves astral projecting to another room or struggling to find a public lobby that you can play in, this game has a lot of moments that can both be fun and frustrating, since it is the more challenging cousin of Among Us.

If you're here, chances are, you've done at least one of these things in a role or game mode. You're not alone — in fact, everyone has probably done some of these at one point or another. Might as well embrace it! 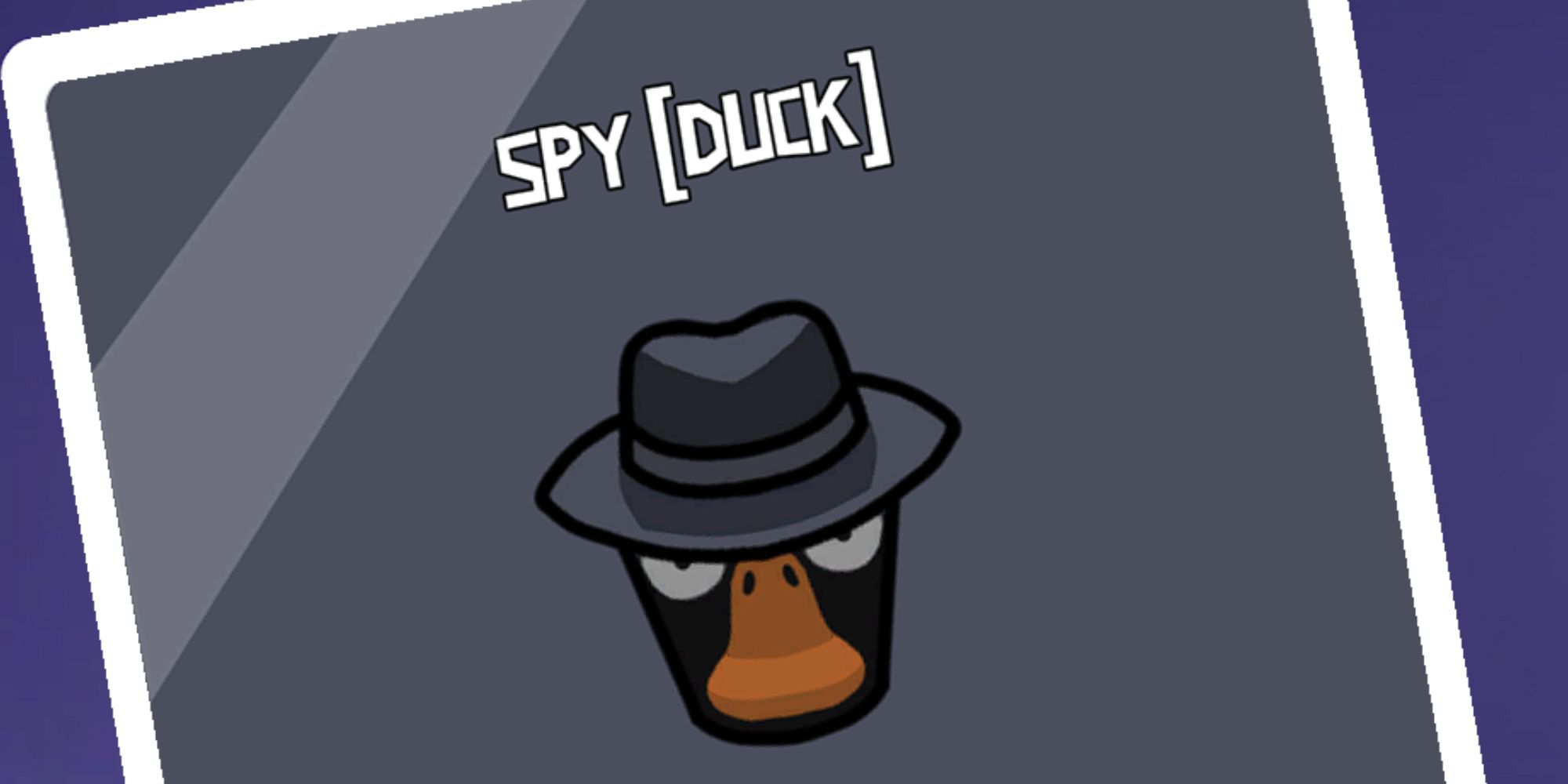 You were new to this kind of game, and you've clumsily disclosed your role. Maybe you told them by asking "what does a Vulture do?" or something just as silly, but that's alright. Everybody is new at some point, and this is a fairly common mistake. Then, there's also that mistake of being unmuted without you knowing, and being caught by others scheming how you're about to eat their bodies and make a run for it.

They're the same mistake in varying degrees, but our takeaway from all of this? Be very cautious, and go through the tutorial thoroughly so that you know what you're getting into. 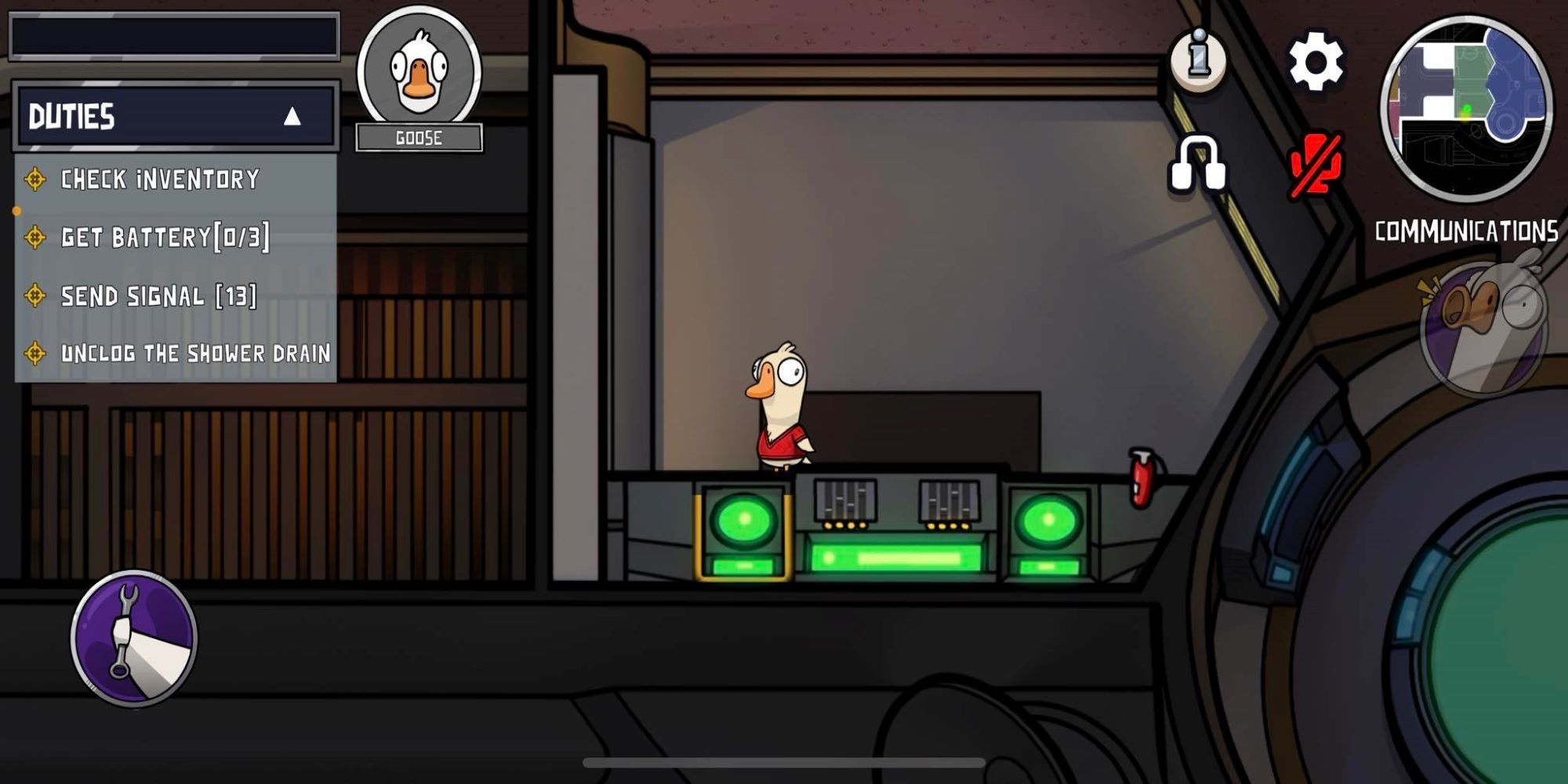 You probably had a game where you had a chance to choose a role (when you didn't want to), decided to hit randomize, and got a role you really didn't want to get (Goose for the nth time). Either way, you took the risk and ended up with worse cards. Or maybe you're still new to this game and decided to randomize because you have no idea how all of these roles work — especially being a Vulture, Dodo, or anything other than a Goose or a Duck.

While it's very relatable, you'll just have to live with your (possibly regrettable) choice until the next round. These are the times you wish roles were just split into two again — all these categories get so confusing. 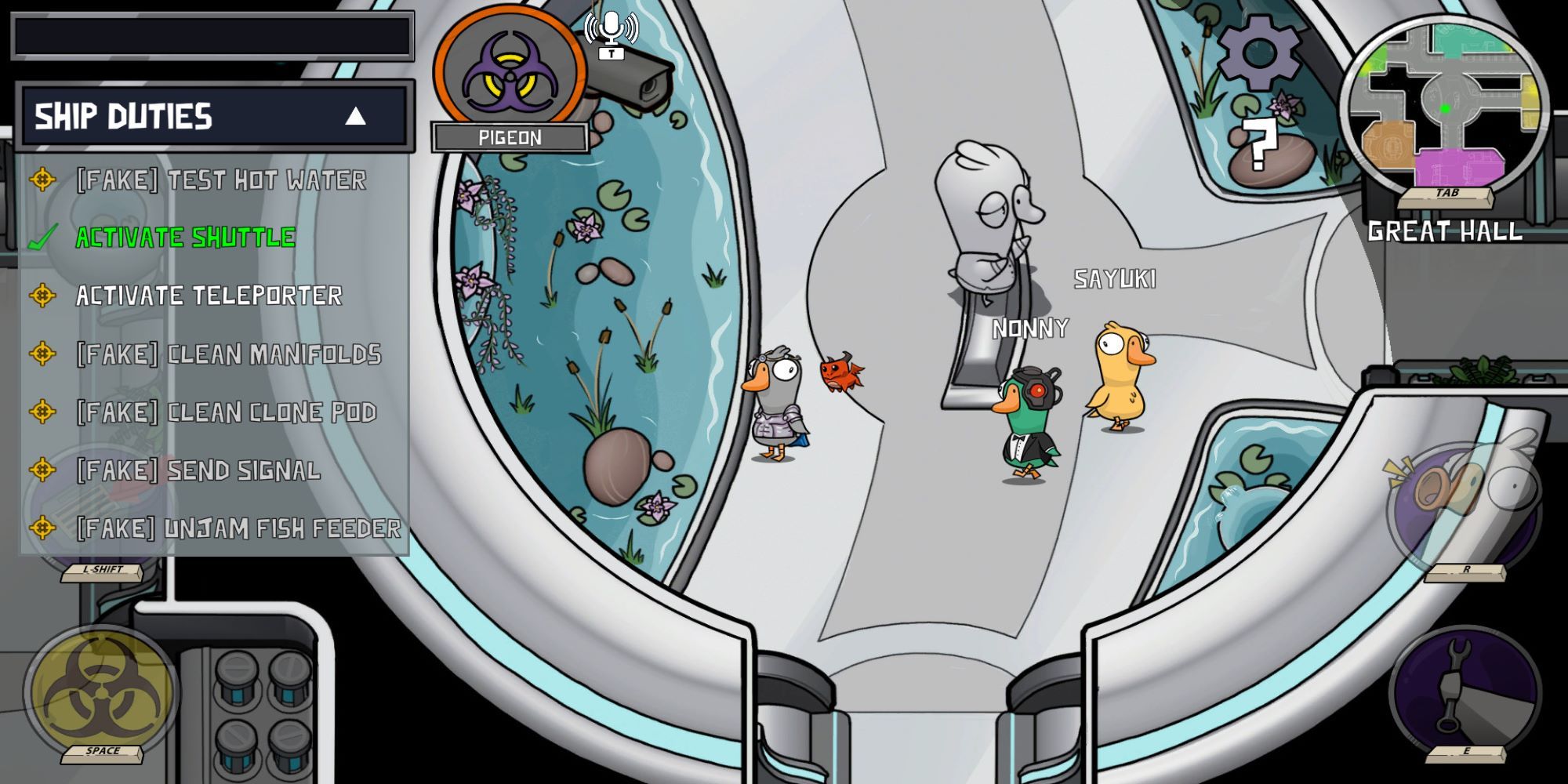 We've all had that moment when we pressed wrong, and popped out of the vent for two to three geese to see. It's too bad you can't end them all at once, so they run and alert everyone about your obviously bad role. By the time somebody presses alert, you're surely ejected.

That, or you're a mastermind, able to kill all the geese before they could press report and able to avoid ejection (or not). Either way, one wrong press can really compromise your role, especially if you're in sus mode. 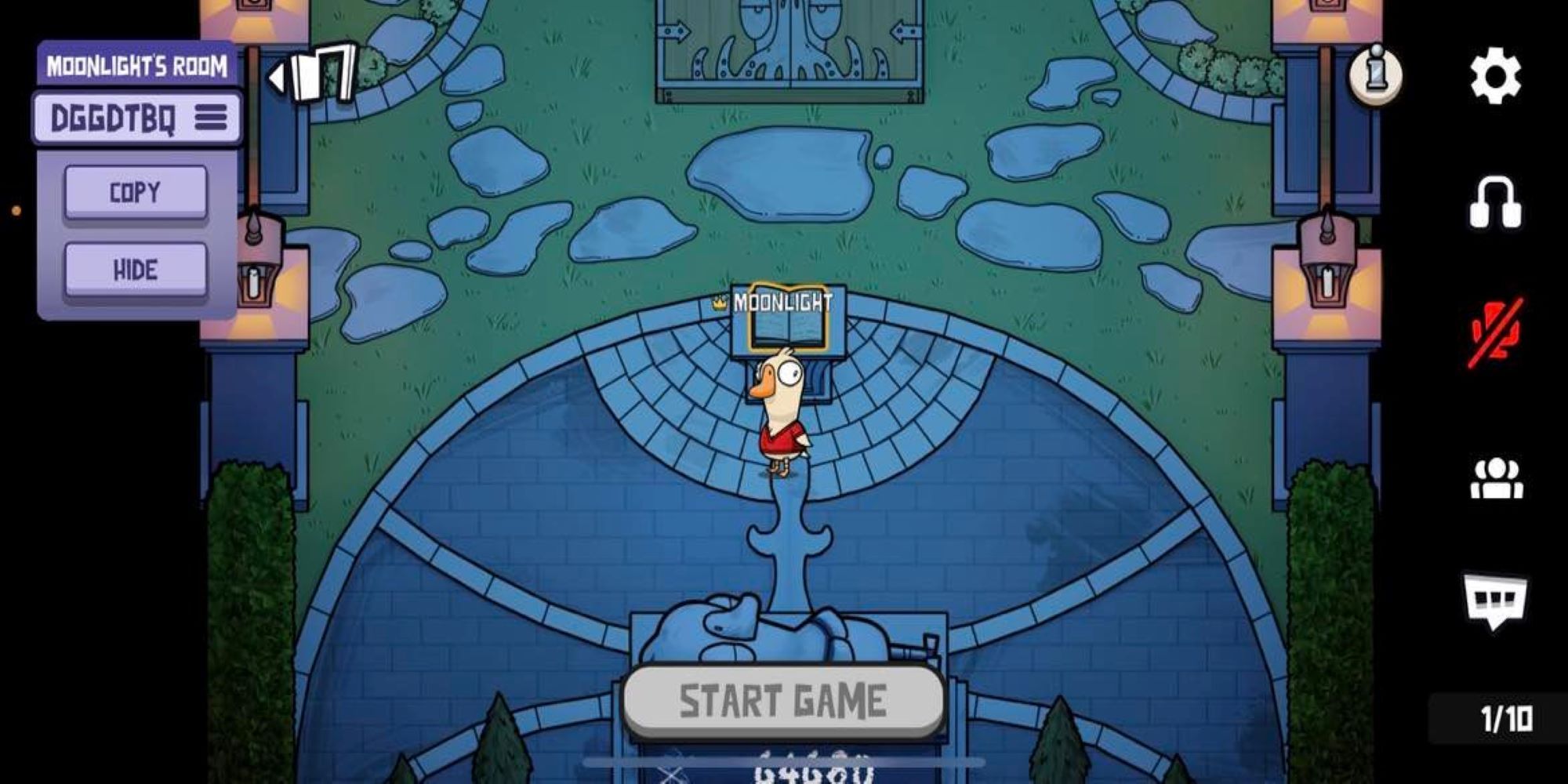 As fun as Goose Goose Duck is, we all have to admit that it's difficult to find public games that have the language setting you're aiming for. More often than not, you'll enter a lobby without being warned that none of the people you're playing with don't speak the same language as you.

While this is a con, it's something that can be fixed by you hosting your own public game and hoping that you find other players with the same language(s) you speak. You're probably playing this game with friends privately anyway, so if you're not soloing, this may not be a frequent problem for you. 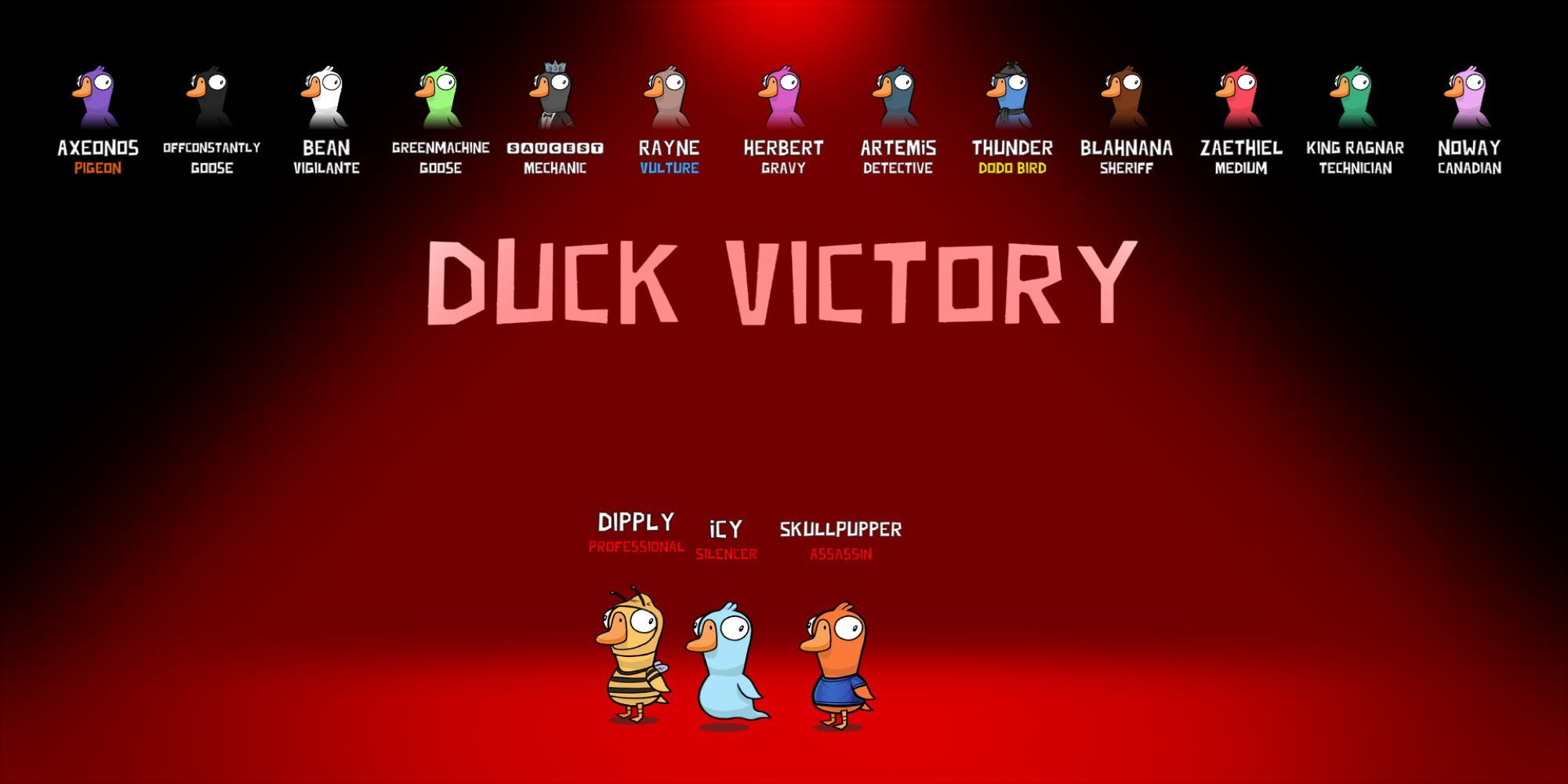 You were playing with fewer geese, or you may have been on Goosehunt mode and couldn't help but go on a murder spree. You survived because you lawyered your way out of it, or because you killed them all so quickly without them even having halved their tasks.

No matter how you were able to achieve this feat, you know for sure that it's much more fun when it's done alone. But if you did get away with a group murder, it feels great to have others back you up against all the crimes you've committed. 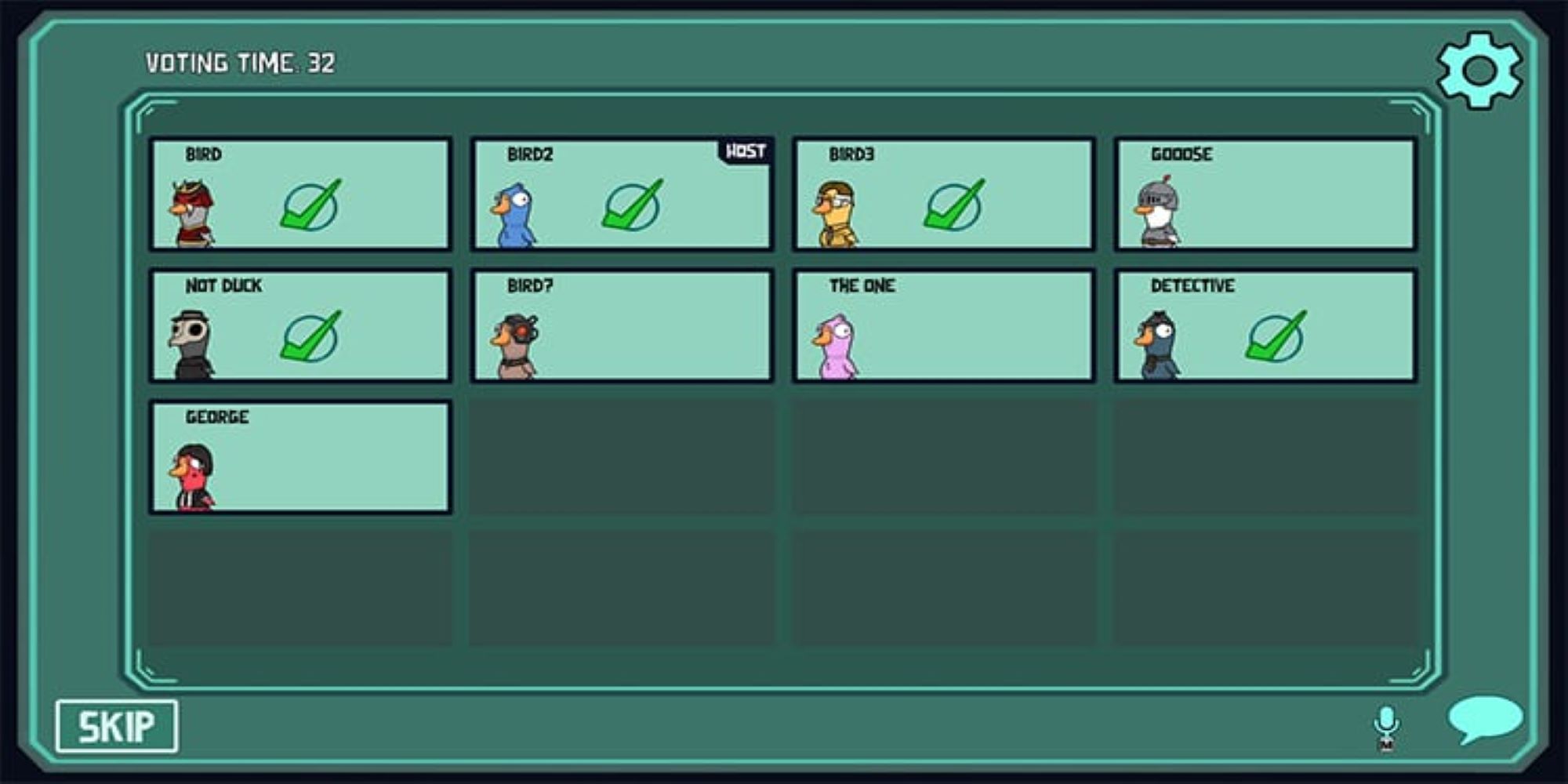 Maybe murder isn't your thing, but you had to persuade others in order to win by adding a sprinkle of alternate truths. Maybe you were a Vulture and had to conceal how you haven't been eating bodies at all, or you were handed the strange Lover role and had to survive with another Duck who you have to lie for.

There are many ways to win this game, but it often involves having to omit the truth of your role if you're not safe for avian society. 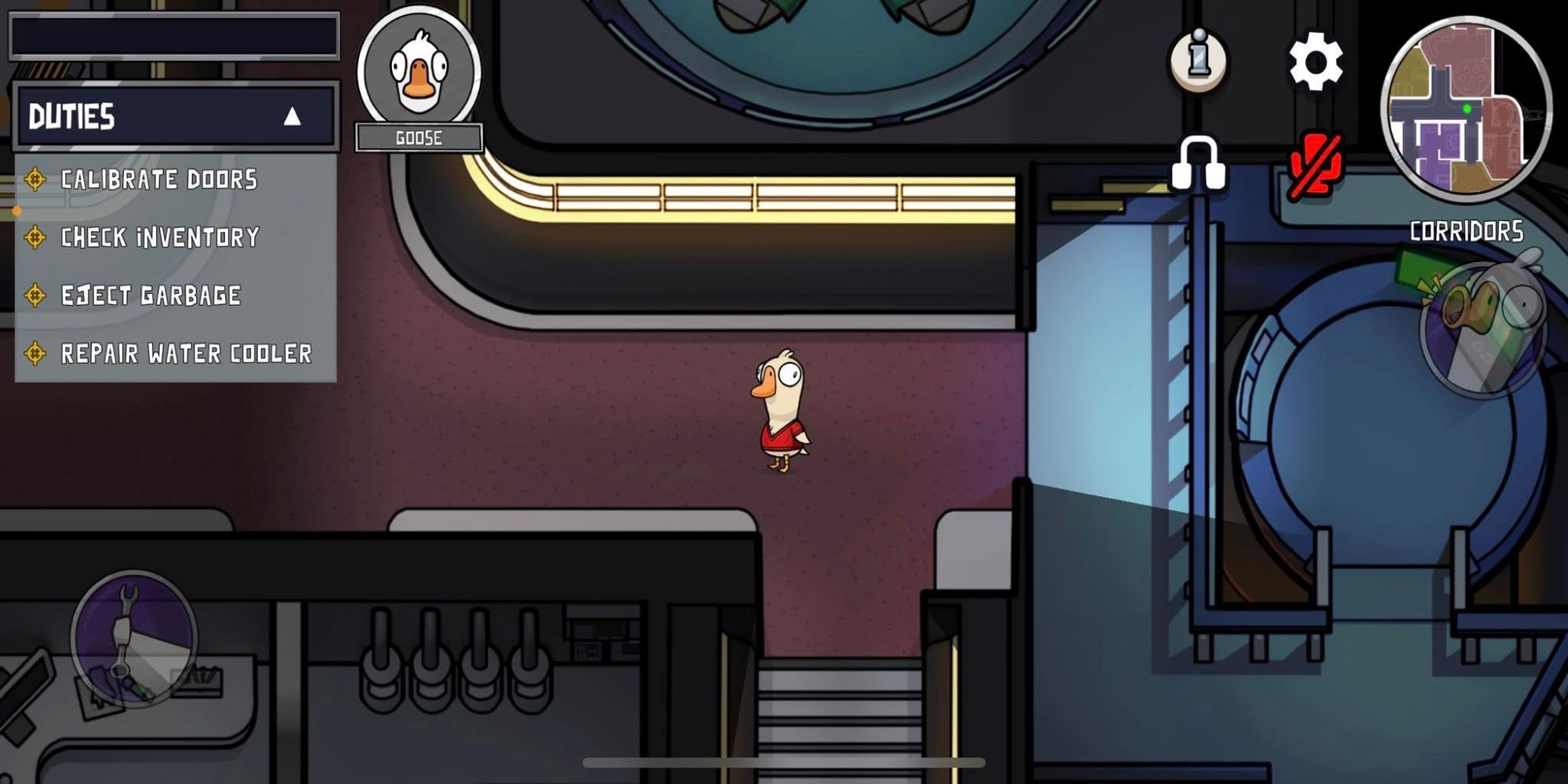 You'd hate for this to happen, but the role generator gods were probably unkind for consecutively giving you the good guy role. There is some consolation if you got a special Goose role, like the Avenger that allows you to kill somebody who you suspect to be a Duck.

Otherwise, if you're a normal Goose, and it's happened for five straight rounds with your friends? You're not alone in this, and many other Goose people feel your frustration.

3/10 Got Voted Out Because Everybody Finds You Sus 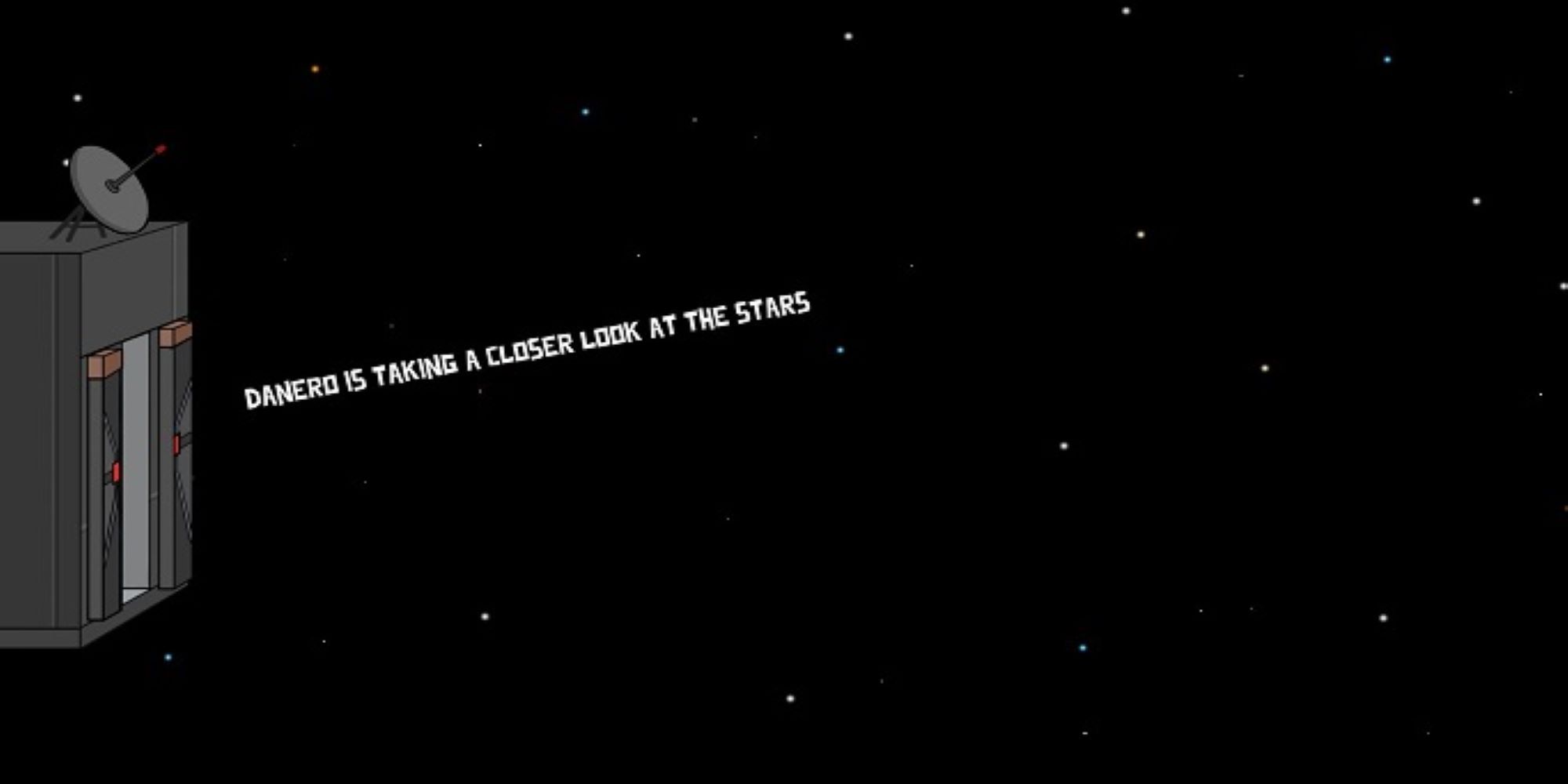 You may have done absolutely nothing wrong, but your friends find you to have a mysterious and suspicious personality. It's not because you really are sus, they just perceive you as sus. It's important to remember it's their problem, and not yours, especially if you're really just another Goose. Luckily for this game, it's easier to prove why you're not as suspicious as they make you out to be because of the voice chat feature, so people won't just throw in weird looks and have you voted out.

But what's more frustrating is your friends finding you sus, and you really being a sussy Duck, which is too bad on your end especially if it's your first Duck role after five rounds of Goose.

2/10 Convinced People To Vote Someone Out 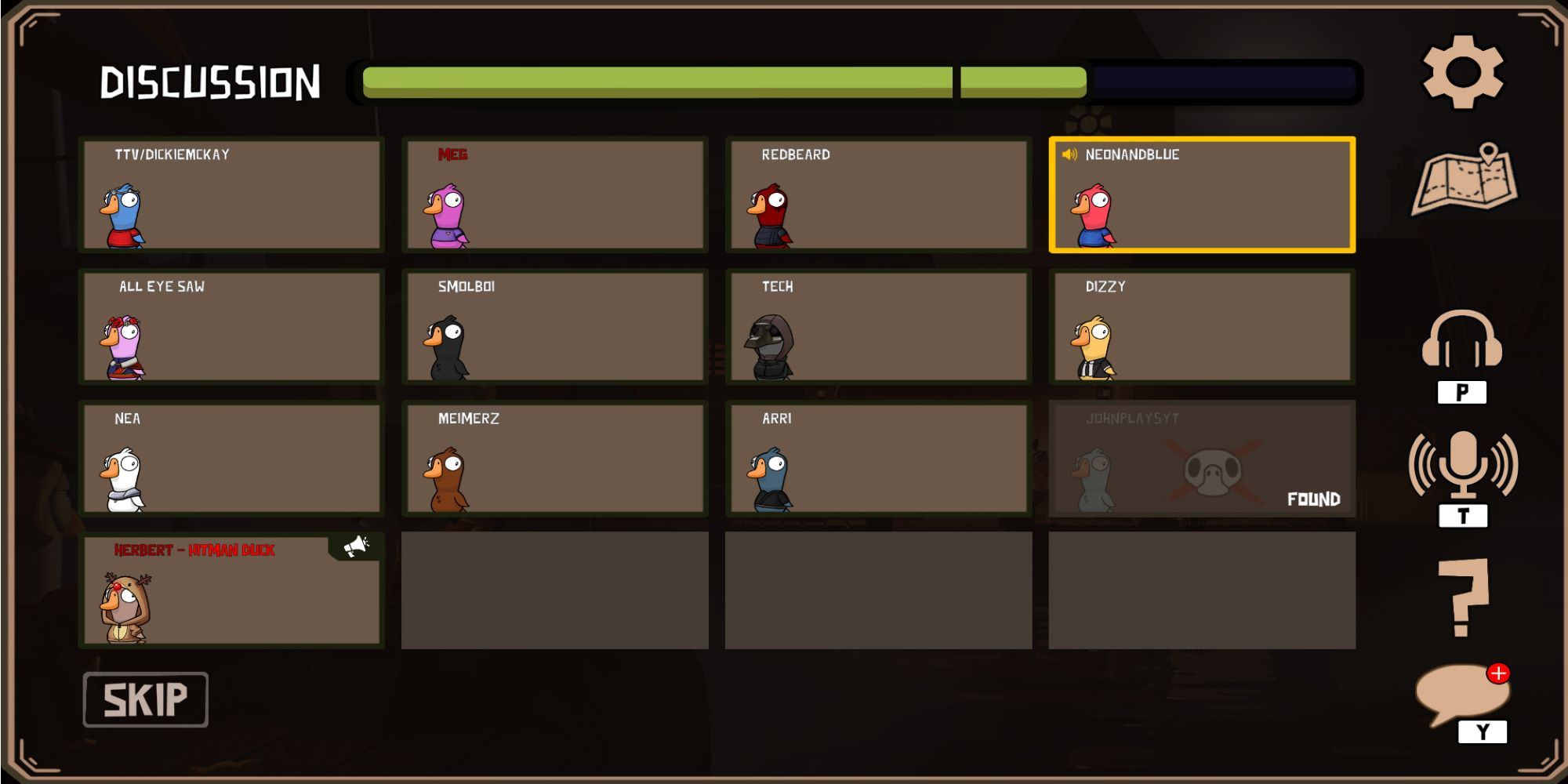 The reverse of the last entry is that you're so convincing and persuasive that you end up leading people to believe whatever you say, even if it looks like you're pulling out reasons from nowhere. If you have this talent, then you're one of the lucky ones.

If not, then it's probably an acquired skill you got by playing all these games that make you have to lie your way to survival. However, there's nothing more relieving than convincing people to vote someone out, only for them to be a Duck, Pelican, or even a Vulture.

1/10 Farted Near Someone With An Emote 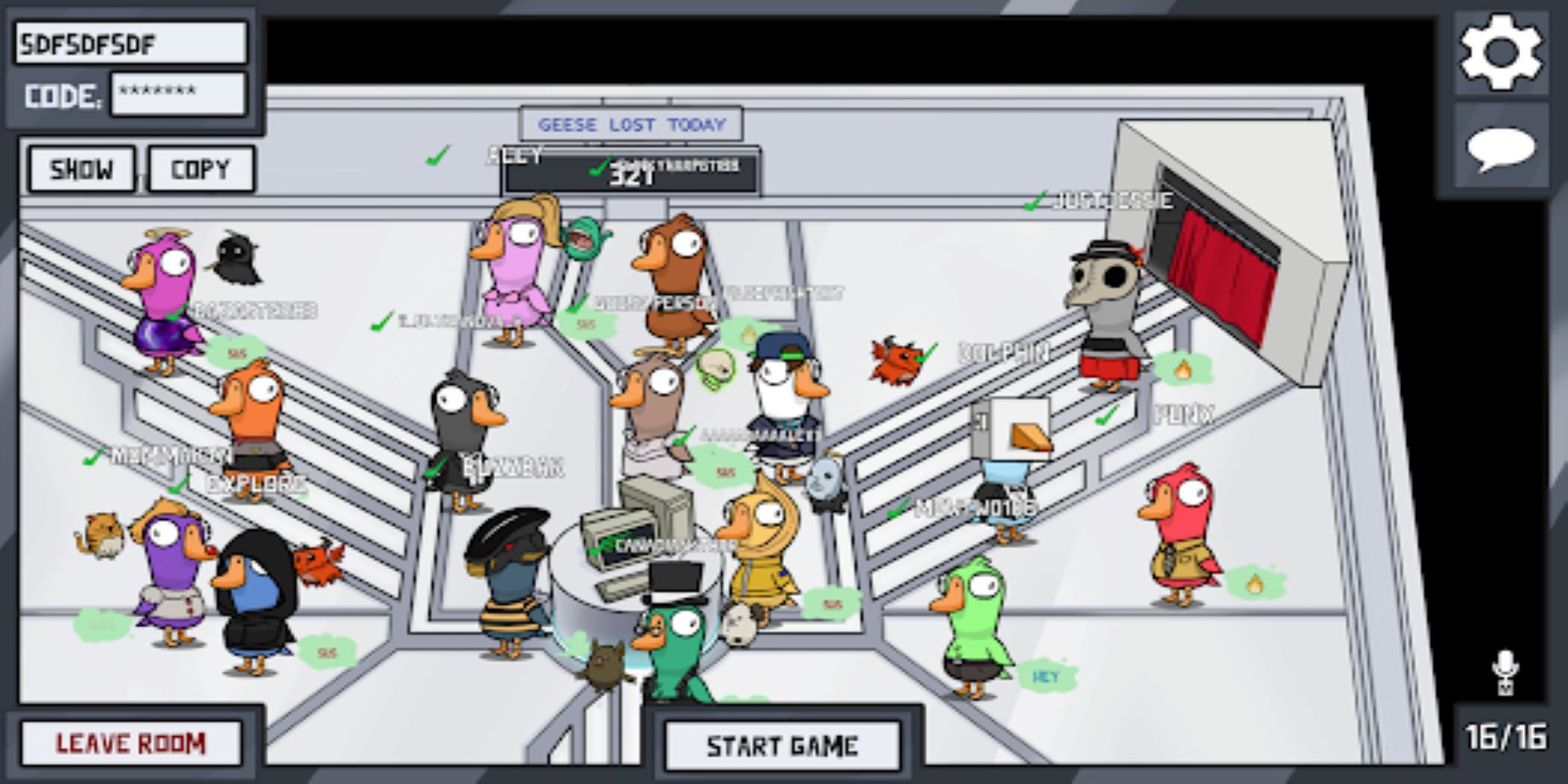 You might find yourself wondering at first if anybody unmuted farted, but you find out that it's just a strange feature of the game. You know you've gotten invested in the game once you've bought emotes from the shop using real money, and there's no judgment on that: we've all been tempted to at some point.