You are here:
Home / Google Gets Infected With Cordyceps When You Search For The Last Of Us

The Last Of Us on HBO is two episodes old and the hype refuses to die down. If you've already watched episode two and need more Last Of Us in your life, searching the show name on Google right now will infect your screen with the terrifying cordyceps fungus.

Don't panic, it won't bring about the end of the world, nor will it infect your computer. Searching The Last Of Us will simply prompt a mushroom to pop up at the bottom of your results page. Click it, and the tendrils that can be seen all over the show's post-apocalyptic landscape, and emerging from the mouths of some of the infected, will reach out from the bottom of your screen.

A cool way to further hype the show for those who aren't already watching it. It's worth noting that some people may need to add HBO to the end of their search terms to make the red mushroom pop up. Either way, if someone who isn't already watching the show searches for The Last Of Us right now to see what all the fuss is about, they'll be met with a button to click which may well help pull them in. 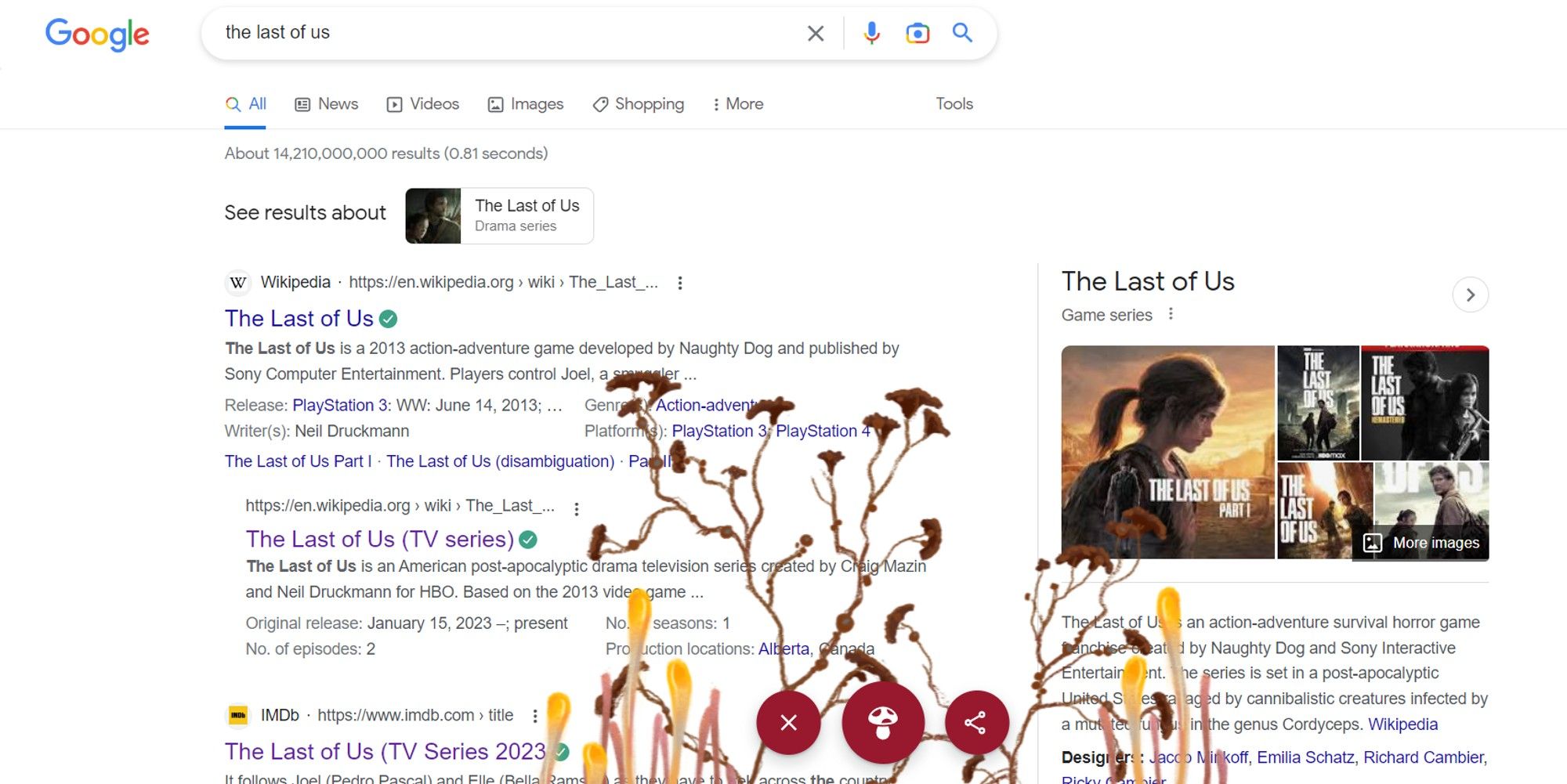 If you haven't watched episode two of the adaptation, there are very mild spoilers ahead. Episode two kicks off with a little more about how the pandemic began before returning to Joel, Ellie, and Tess in 2023. Joel and Tess learn a little more about why exactly the Fireflies are so obsessed with Ellie, and those who have played the first game will recognize a lot of the story and locations. Not to mention a first proper look at Clickers in action.

Not just a look, but a listen, which is just as important. The Clickers in the show have been voiced by the same actors that made the eerie noises they emit in the games. Turns out many people who haven't played the games are eager not to wait a week each time they want to find out what's coming next. Sales of The Last Of Us and The Last Of Us Part 2 have shot through the roof following last week's premiere.