You are here:
Home / Godlike Burger: The Best Ways To Kill Customers

Racking up kills is how you keep those restaurant doors open in Godlike Burger and there are plenty of fun ways to fill up your freezer with “mystery meat” for your patrons. From sauces to traps and your trusty kitchen knife, the methods of murder are many.

However, before you go full American Psycho and start slashing at anyone that happens to wander by, there are a few ways to be a better killer that are worth knowing. After all, you don’t want to get caught red-handed. So here are a couple of the best ways to kill customers in Godlike Burger. 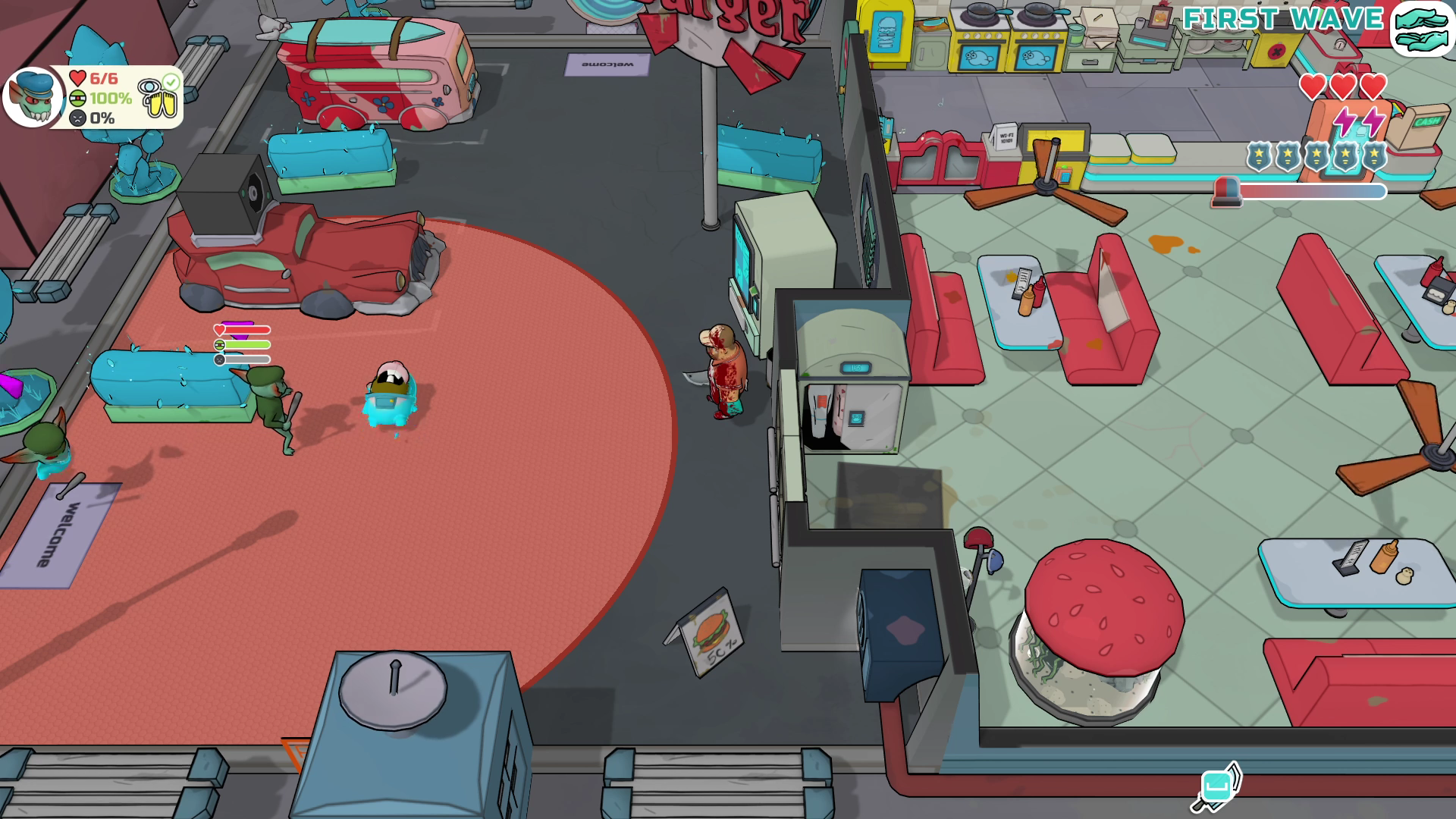 When you take a step back and look at Godlike Burger and its options for murder there are two camps it falls into, the risky choices and the safer slashing alternatives. Both are viable and there’s no wrong way to play the game. The majority of your sessions will be spent improvising to whatever is thrown your way, especially during the busy waves.

For those that think fast on their feet and are looking for instant payoff and simple options for slaughter that will get you those body parts fast but with more propensity for things to go wrong, these are the best options for you. 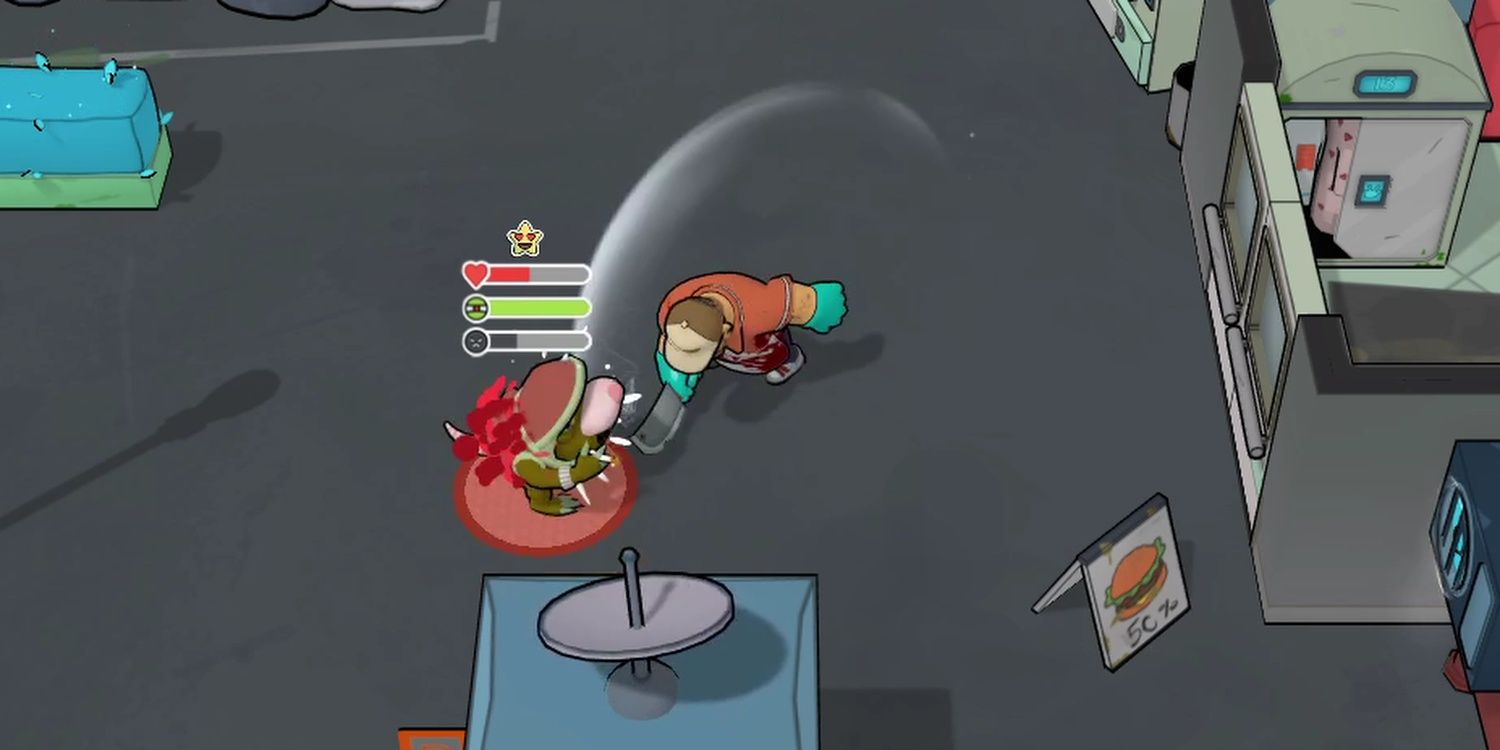 The Cannibal Chef in Goldlike Burger never goes anywhere without his trusty meat cleaver. This solid lump of sharpened steel can be swung pretty fast at someone's face and in the early game it can take just two hits to down any visitor that’s unfortunate enough to be chosen for a trip to the meat grinder. Its damage can be further upgraded if you have the cash to spare and it’s highly recommended you do this as soon as you can. The more days you last and planets you hop, the more health the aliens you’ll start to encounter will have. Swings are also limited by a stamina bar, and in the beginning you can only pop off one or two before having to wait for the regen to kick in. But this can also be enhanced with upgrades.

The cleaver is a very close and personal way of carving up customers and because of this you’ll be caked in blood every time you use it. Unless you quickly sprint to the sink to wash it off, someone might become concerned about the viscera-covered Fry Cook wandering around and they could alert the police. The washing animation does take a little while to finish and whilst you can speed it up with upgrades, it’s something to keep in mind whilst carving chunks out of visitors. 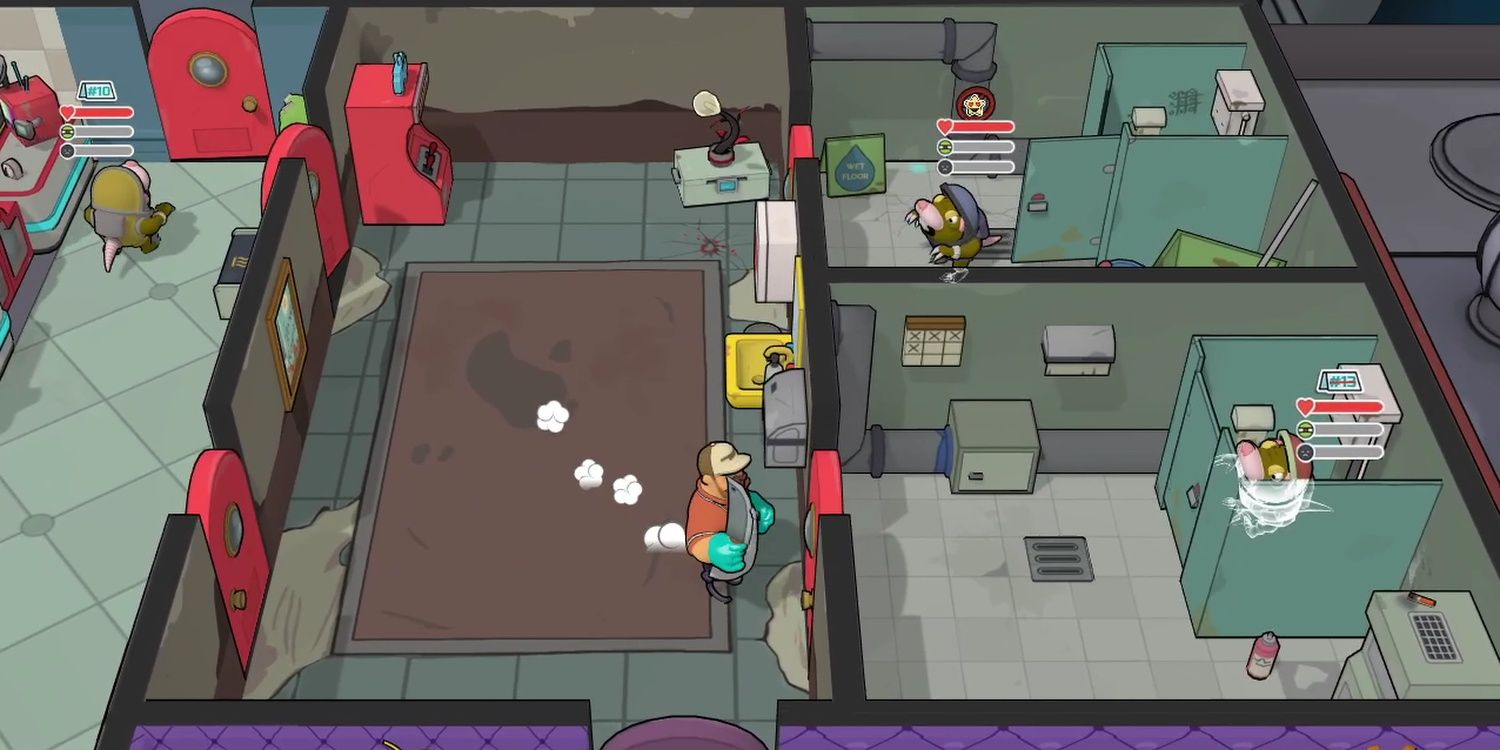 The Bathroom is the best area for mass murder in the game. It's a perfectly contained little spot that has no windows, two sub-rooms with stalls, and plenty of points to quickly hide such as behind doors, inside and outside stalls, or in the adjoining VIP room. There are also two entrances to it so if you're being chased you can easily loop someone around in there as you wait for your stamina to regen so you can swing the Chef's meat cleaver.

The bathrooms are also a pretty condensed area for traps, with the Tentacle Toilet, Medkit, Arcade Trap, and Puddle Trap all within a short space of each other. So you can pile up quite a lot of bodies or zip around on cleanup detail without too much hassle. Even though it does get a lot of foot traffic, the sink for washing off blood is only a few feet away, and with the right upgrades, you can camp out in there and turn it into quite the efficient kill room.

Aside from the various traps and noxious concoctions you can cook up in the kitchen, the cannibal chef in Godlike Burger has quite a few tricks up his sleeve that you can take advantage of. There's a remote control for traps, a speedy dash maneuver and with just a button press he can activate his cloak and turn completely invisible.

It's an extremely handy ability to have as it's easy to get cornered with a witness to your crimes. Plus, when you're spotted with a corpse visitors tend to act aggressively and will try to fight you. Unless you have enough stamina to repel them it's a one-way trip to Game Over City. With the cloak, you can disappear into the ether before they spot you, or use it to dash across a busy restaurant to clean off your blood-stained apron. Though it can be a little risky to over-rely on it as this ability does have a cooldown and it's pretty pricey to unlock as it costs $1000. 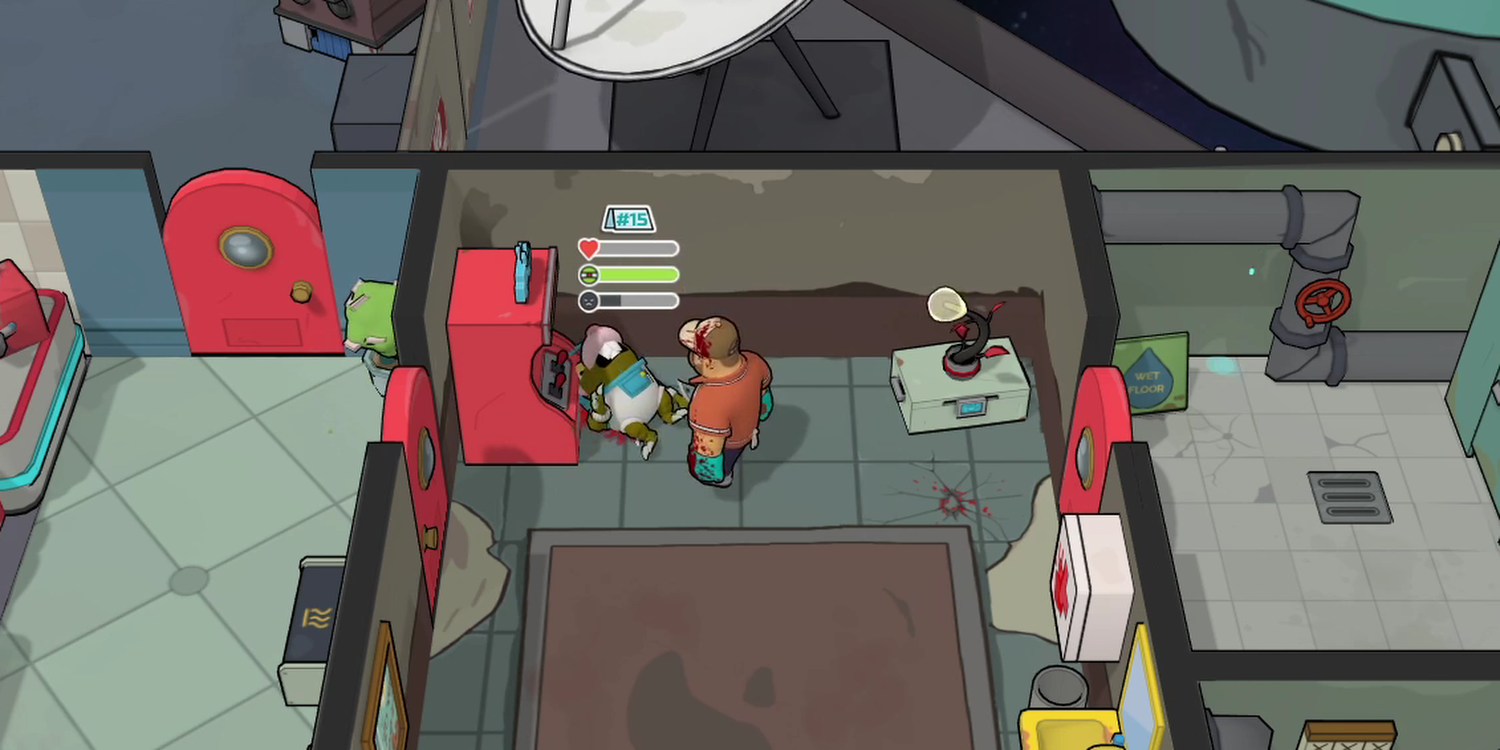 The other method of killing customers in Godlike Burger is to use clever concoctions and monstrous machines to quietly dispose of those unfortunate enough to be picked out as prey. There are a number of traps and mind-altering sauces to try out, but here are the ones that are most recommended. 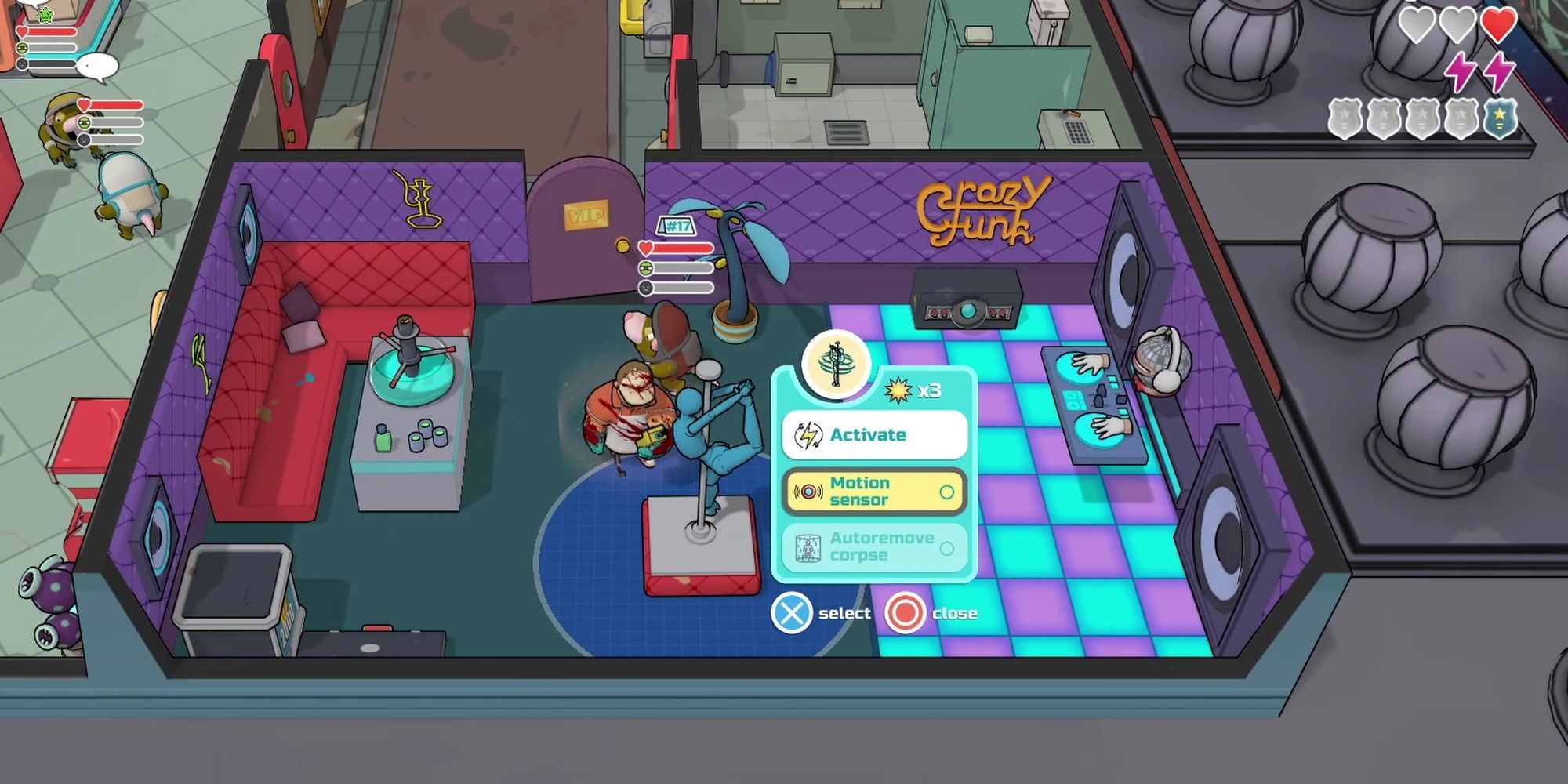 If you're not using traps in Godlike Burger then the game is only going to get harder the more days that the restaurant is open. The number of visitors and types of aliens stopping by increases constantly and there are going to be creatures you come across that can't be taken out with the Chef's cleaver.

Certain traps can be upgraded for a large amount of damage to help you deal with those tanky boys. Plus, when they're enhanced with motion sensors and automatic corpse removal you can create an automated slaughterhouse. Freeing you up to fulfill more orders or deal with any special events the game might throw your way. You can also invest in a gadget for remote trap activation to distance yourself further from blame for these unfortunate "accidents". Though the gadget to use that it costs $2000, so it's a little pricey but the investment is worth it as it increases your trap activation range substantially. 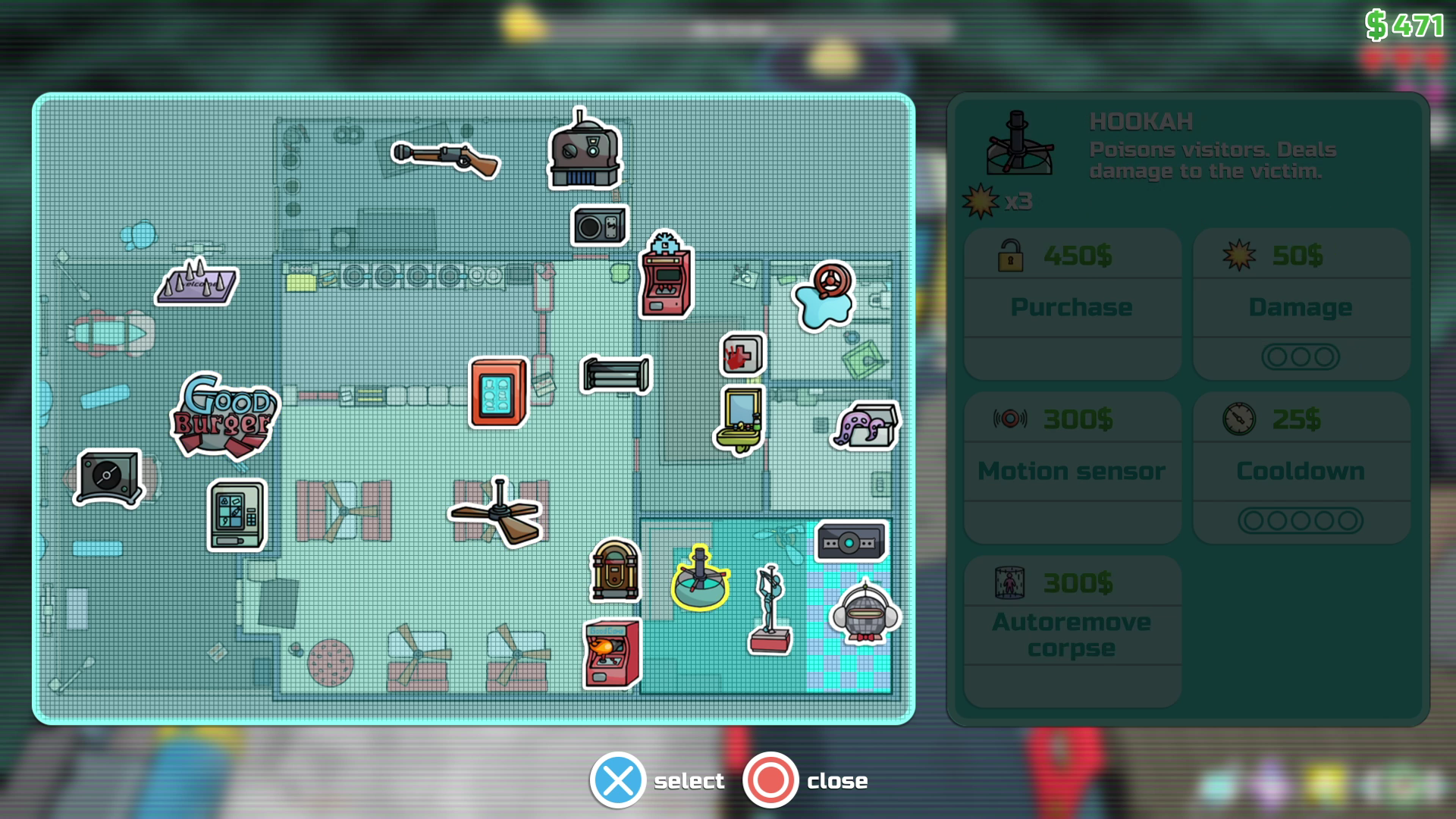 There are a lot of traps to use in Godlike Burger and some of them are more useful than others. Here's a brief rundown of the ones that are most useful to you, especially early on. 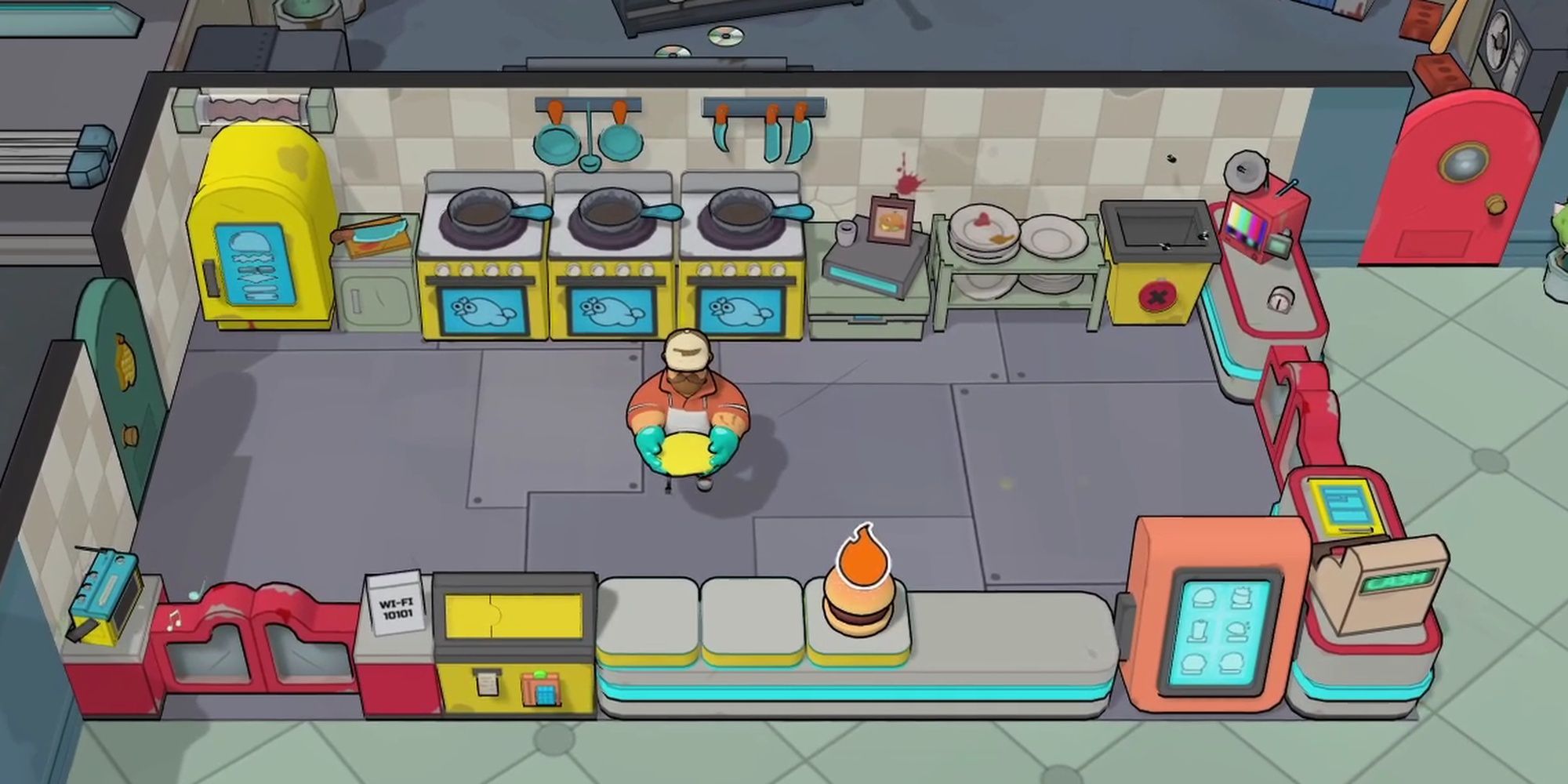 Your other option for undetectable murder comes in the form of colorful sauces that can create all sorts of chaos and chances for easy kills. Like the traps, there are a bunch of different ones to use and some are more useful for lining up the perfect kill whilst others can help boost your resource and reputation gains for your restaurant.

They can be quite situational, plus on other planets there are aliens that demand some form of sauce on their burger anyway. You're encouraged to stockpile them as often as you can even if you don't use them for gaining more meat from murder. For those planning on dipping their toes into this particular pond, here are some of the best sauces in Godlike Burger to use to create killer combos.