You are here:
Home / Godfall: How To Defeat High Lord Phalaxar

High Lord Phalanxar is the first real “thorn in your side” when playing Godfall. As a mid-boss, High Lord Phalanxar gets more development than many of the fully-fledged boss encounters, and you will bump into him frequently in the early game.

He’s big, armored, and carries a huge stonking hammer. You will first encounter this behemoth during the “Into The Monolith” Mission, but you won’t get a chance to kill him until later on, during the “Phalanxar” Hunt. He’s aggressive, full of tricks, and more than capable of flattening any unsuspecting Orin who enters his arena. 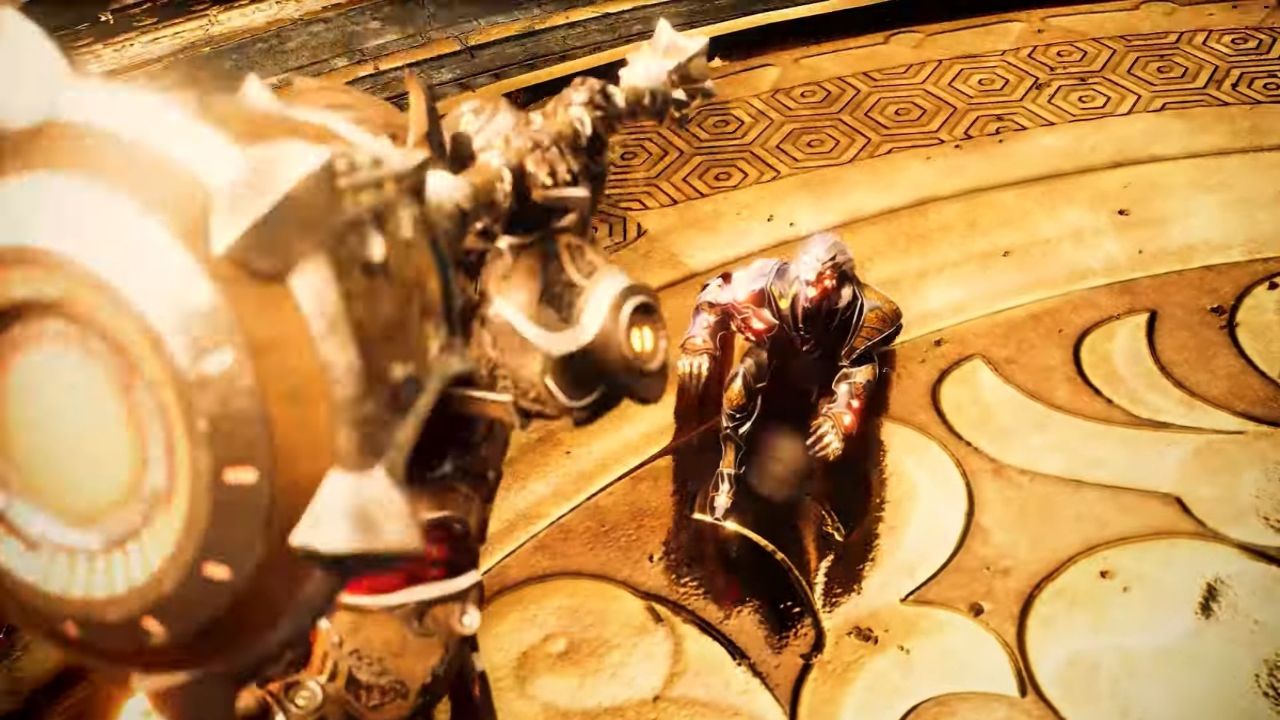 Phalanxar is no pushover. He has a plethora of attacks at his disposal, and nearly all of them revolve around your head being turned to paste. He’s surprisingly nimble for a guy of his stature, and he loves to get in your face. Be prepared to dodge and parry constantly. 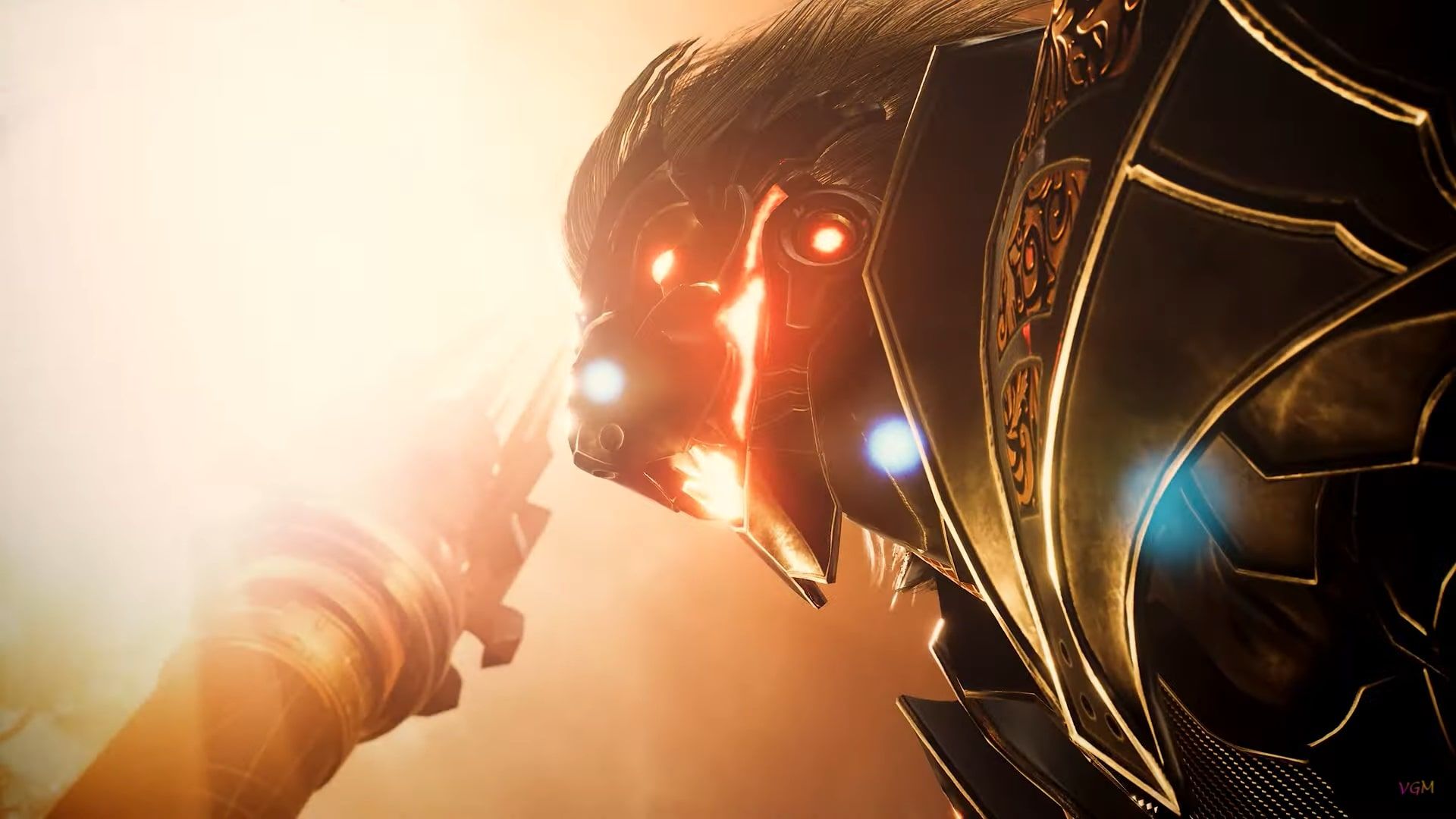 Highlord Phalanxar is relentless in his attacks and is more than happy to stand on fire to prevent you from attacking him in return. Due to how early you are in the game, your weapon pool will be limited, as will your ability selection, but there are a few things you can do to make this a bit easier.

Firstly, bring a weapon with a decent range. Phalanxar, whilst in your face a lot of the time, can also spend prolonged periods chilling out in his own AOE. Having a Polearm or Greatsword handy will allow you to throw your weapon using their unique Weapon Techniques, dealing damage from afar. Don’t forget your Shield Throw either.

Not only that, but the Polearm is incredibly fast, and has naturally long-reaching attacks, making it perfect for countering Phalanxar when he goes in for the kill. Greatswords can pull the role off too due to their inordinate size.

Phalanxar can be Breached if you fill his gauge, so consider using Charged Attacks to stagger him. This can be somewhat dangerous due to the long windup, so timing will be required to pull it off. You could also play it safe and focus on Light Attacks instead. 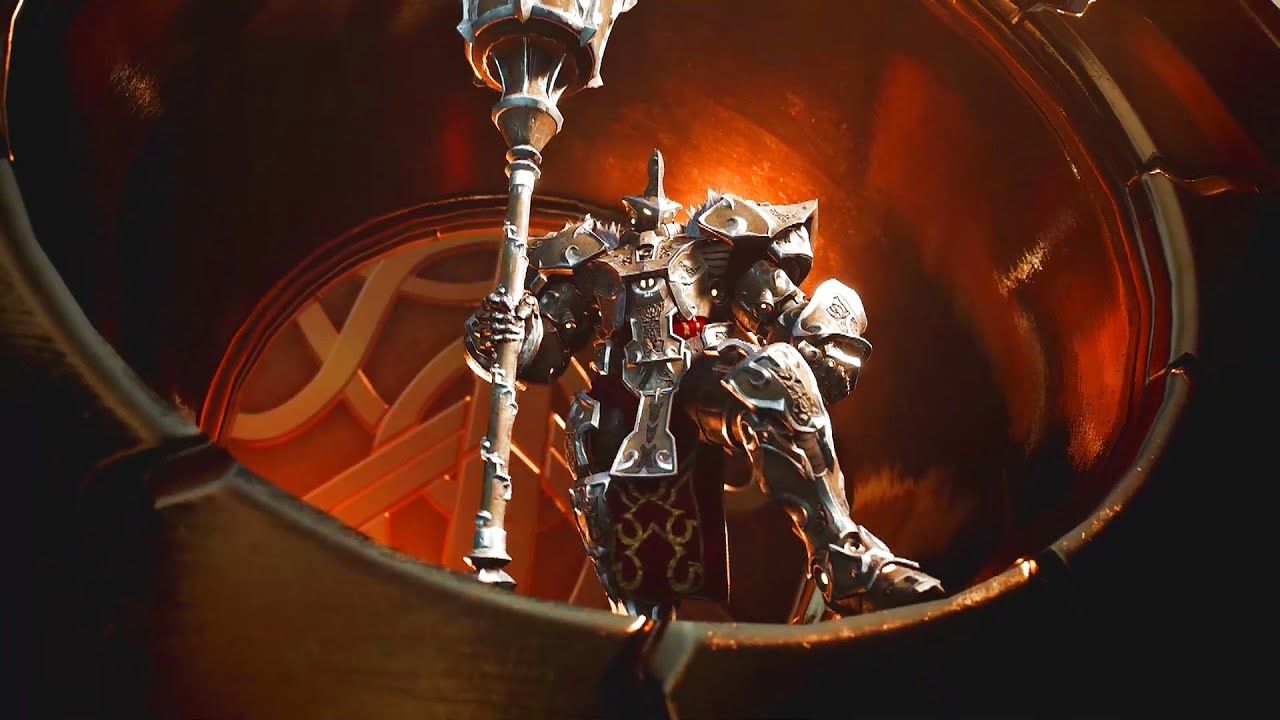 Phalanxar is incredibly imposing but is also very easy to deal with once you get his timings down. Most of his attacks can be parried, he can be staggered, and everything can be dodged with relative ease thanks to generous windup animations.

You want to try and stay close to Phalanxar, as this will give you the most opportunities to deal damage. Phalanxar’s longest combo is two hits, and dodging this is pretty easy. Stay close and unleash a barrage of attacks, and zip around him when things get a bit too hairy.

Phalanxar will use an AOE Fire Blast to get you away from him, and there’s nothing you can really do about it. Retreat out of range, throw your shield and use Weapon Techniques to deal as much damage as you can whilst he delays the fight.

Phalanxar should be dodged for the most part, as parrying him will knock you back. The only exception to this rule is when he glows blue. This attack should always be parried as it will stagger him, and leave him open for some serious damage. Just be aware he will follow this up with an unblockable slam if you fail to parry his blue attack.

Always be on the lookout for Phalanxar’s Red Grab. This attack comes out very quickly and deals a fair chunk of damage. He will use this more if you are close to him (which you should be), so dodge the moment you see him flash red. Faster weapons can make this easier due to the shorter recovery time on attacks.