You are here:
Home / Godfall: How To Defeat Black Tide Enforcer

Black Tide Enforcer is the most cowardly, arguably most incompetent boss in all of Godfall. Not only have you beaten this guy to near-death twice before, but he hasn’t gotten any stronger since your first encounter. The Black Tide Enforcer is a bit of a pushover and relies on zoning you out – ineffectively at that.

The Black Tide Enforcer may as well be a regular enemy considering the number of times he’s shown up and died. He has a few tricks – one of which is a bit of a pain to deal with – but overall, he should go down pretty quickly once you sus his pattern and get up close and personal. 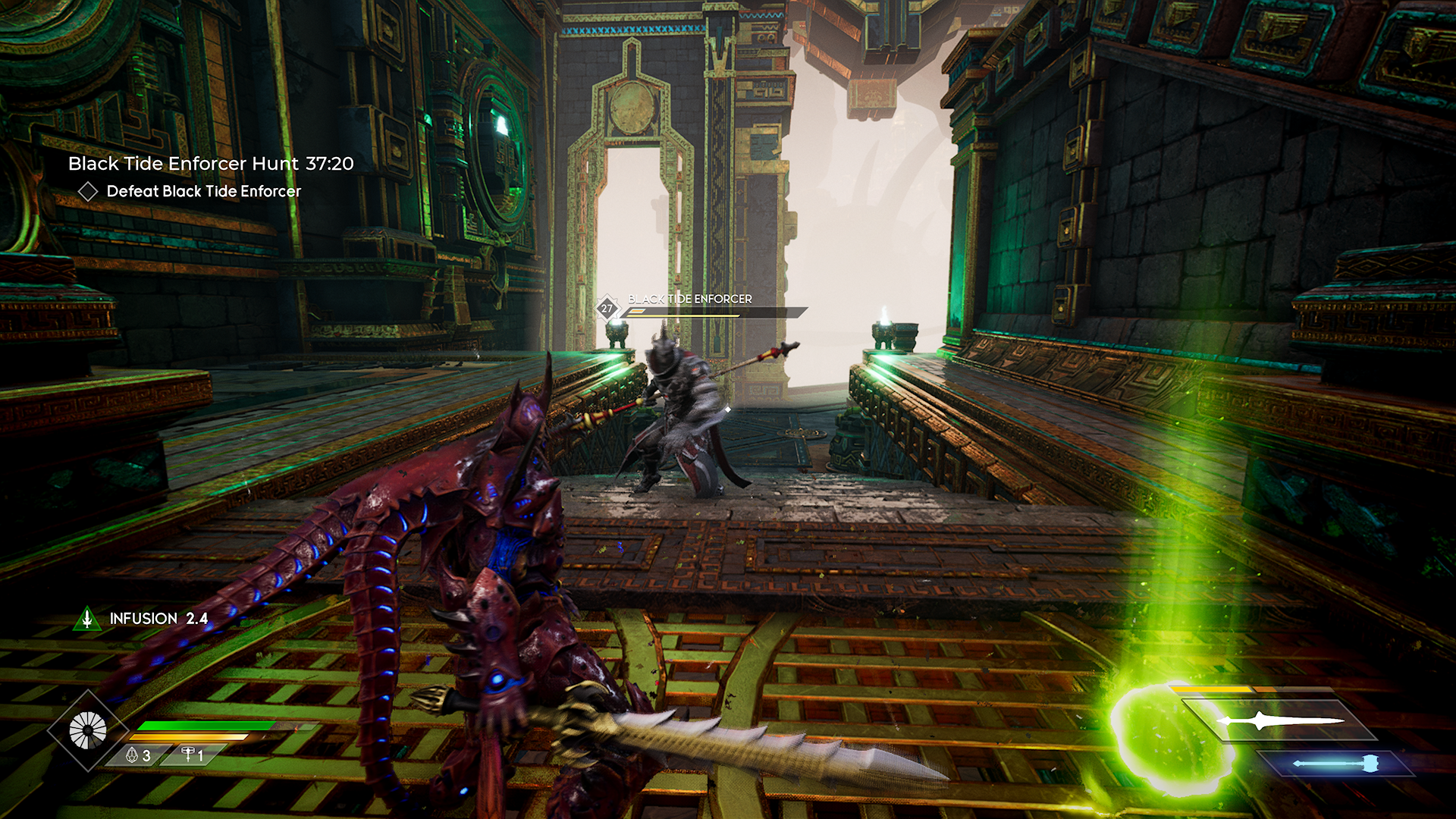 Black Tide Enforcer wants to do one thing, and one thing only – throw daggers at you until you die. That’s his whole shtick. If you didn’t have a shield, legs, or a nigh-indestructible Valorplate, he might have been able to do something. As things stand, however, he’s a one-trick pony who always comes in last. 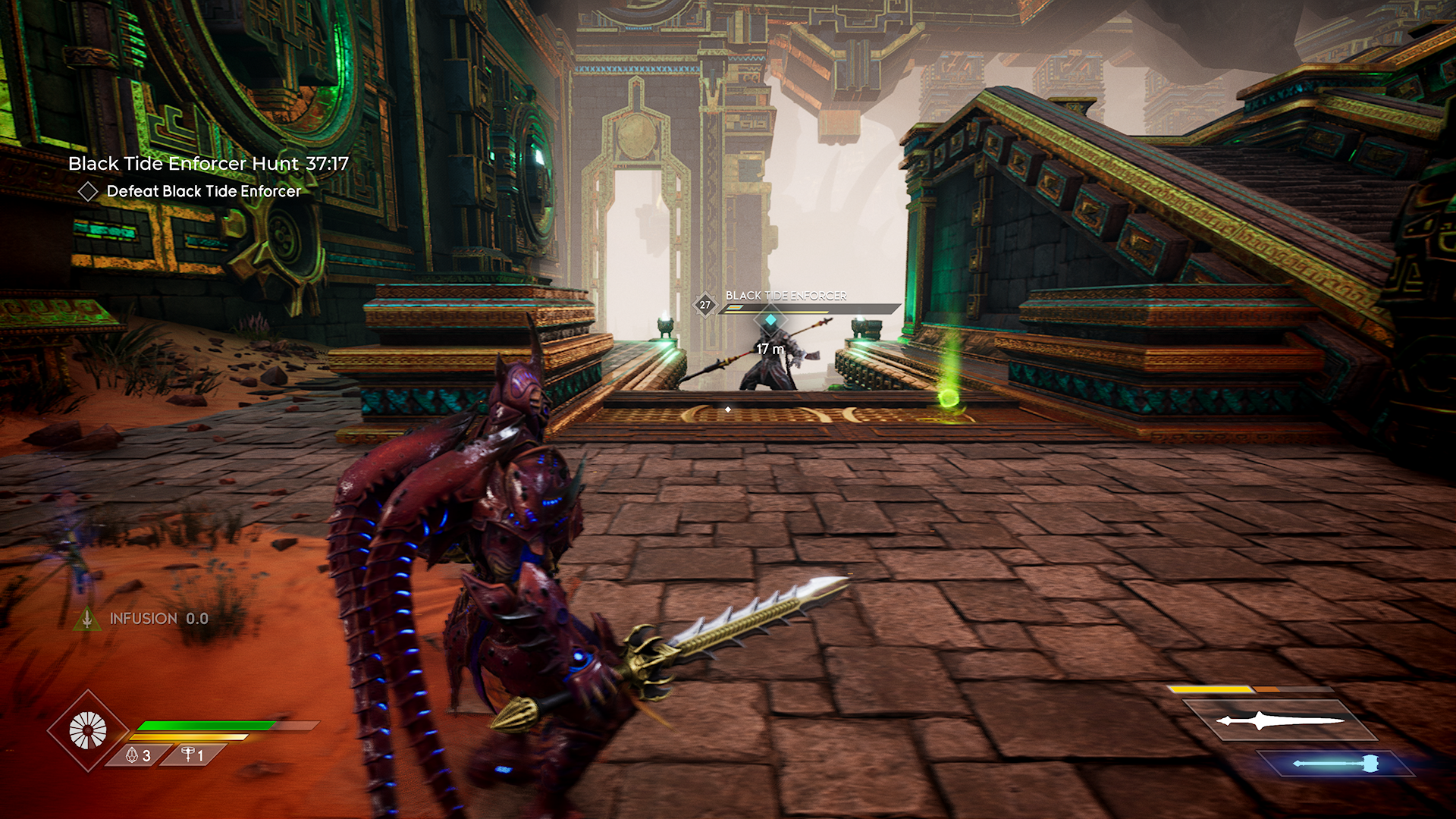 For this fight, having points in Finesse will be very useful as it will allow you to dodge under all of Black Tide Enforcer’s attacks, turning him into an even soggier wet noodle. Combo this with Weak Points to deal more damage when you get close to him, and Archon Fury to extend the duration of your, well, Archon Fury.

Any weapon will do, but anything with a bit of reach or speed is preferred. The Longsword is one of the better options as it is fast, and it has a Weapon Technique that teleports you to your target, and another Weapon Technique that dashes across the map to strike your target. Black Tide Enforcer will struggle to get away from you if you bring a powered-up one of these.

You can end this fight incredibly quickly if you go into the battle with a full gauge of Archon Fury – especially if you invested in Archon Fury on your Skills page. Black Tide Enforcer is already squishy, and having a way to increase your damage (among other things) results in this guy folding like a paper towel. 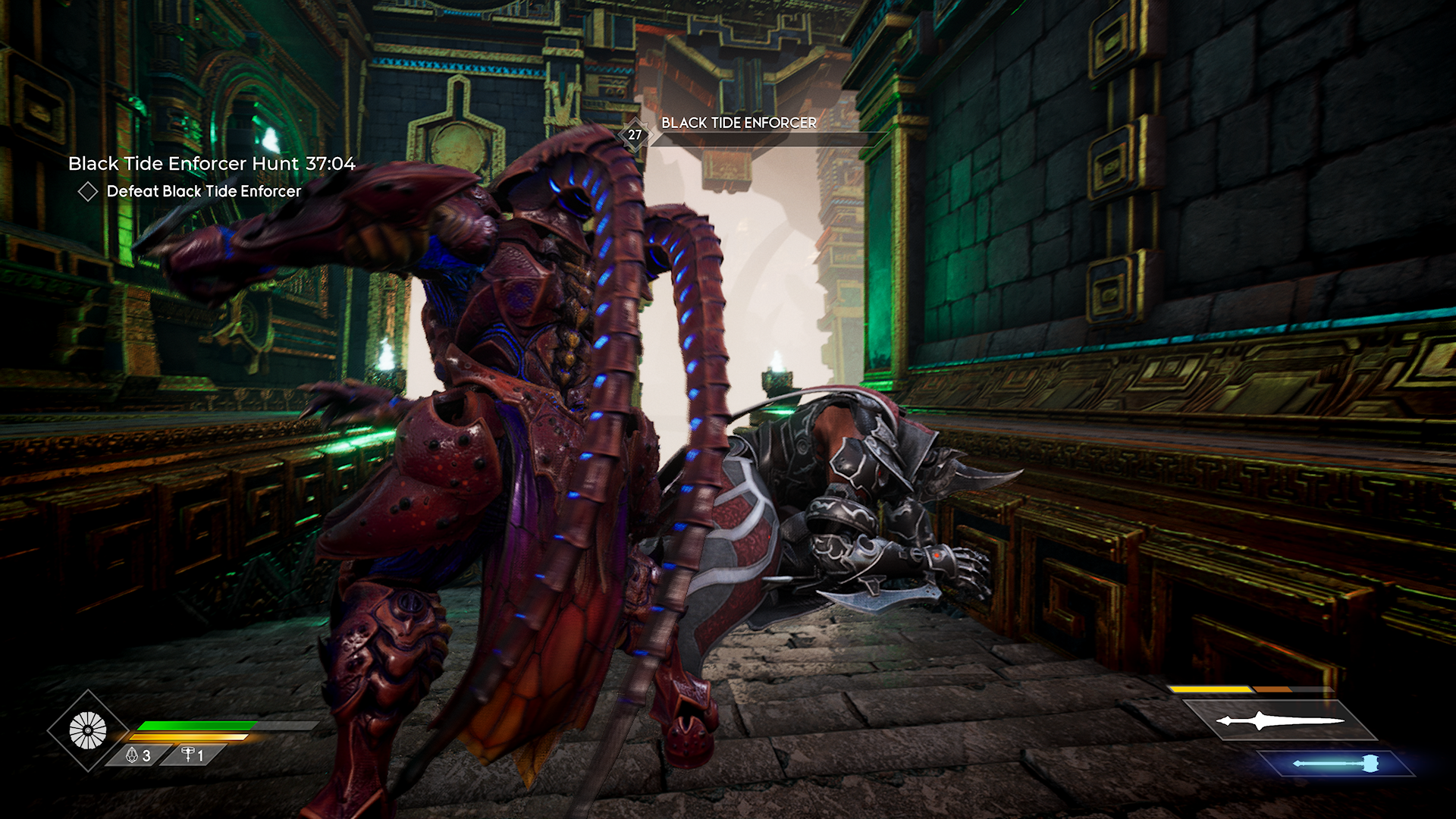 Black Tide Enforcer is a joke of a boss who has very few ways to actually deal with a player who is willing to get up in his face. He has a spear but opts to back away more often than not. He throws daggers, but half of these can be blocked, and the other half are so telegraphed, you can dodge them in your sleep.

The plan here is to get in close and apply constant pressure. Strike his weak points constantly, use Timed Attacks to stack more damage, and when he teleports away, chase him. If you are using a Longsword, use your Weapon Techniques to close the distance instantly, and shut down his offensive.