You are here:
Home / Godfall developer says making games for the PS5 is an ‘absolute blast’ 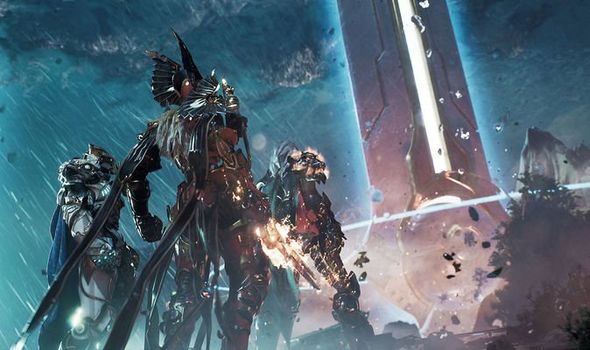 Counterplay Games are putting the finishing touches to Godfall ahead of the Gearbox published title’s upcoming release date in November. And in the run-up to the major launch date the studio’s technical producer Dick Heyne has outlined what is the biggest advantage of making games for Sony’s next generation system which he spoke glowingly about.

Heyne said the PS5 is an “absolute blast” to develop for and the biggest advantage is the console’s “lightning fast SSD”.

The PS5 sports a custom solid state hard drive which is twice as fast as the one fitted on the Xbox Series X.

Sony has promised that this will allow for “near-instant load times for installed PS5 games”.

And this was on show in hands-on videos published recently which showed virtually instantaneous load times in Godfall.

Speaking to Express.co.uk, Heyne explained: “Developing for the PS5 has been an absolute blast. Getting to feel and experience the next generation of console gaming firsthand is a privilege we don’t take lightly. The most noticeable advantage is the lightning fast SSD. It is a blast to seamlessly load the various realms in our expansive world.

“Our artists can push new limits, capturing an incredible level of detail in each object. I’d encourage players to really soak in the environments as they ascend the Skybreaker Monolith. My personal favourite would have to be the Water Realm, I’m a total aquarium fanatic.”

As development on Godfall reaches its final stretch ahead of its PS5 and PC release, Heyne said work has already begun on an expansion that will be launching in 2021. There should be plenty to keep PS5 fans busy until then though, with its fair share of shiny new loot for players to unlock which will NOT be linked to microtransactions. 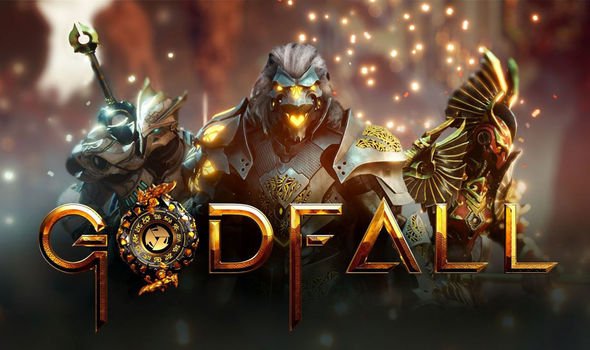 This is something that other games of Godfall’s ilk have adopted, and been criticised for. Speaking about why Counterplay didn’t go down this route, Heyne said: “I wouldn’t say it was a difficult decision.

“It was a decision we took seriously and spent quite some time deliberating. But ultimately, we felt if any of the main in-game experience, including the incredible work our artists have poured into development, was gated behind microtransactions, we would be doing a disservice to our players and team.”

Heyne added: “Now that we’re locked in for a November 12 launch on PS5 and PC, our team is beginning to plan and create content that will be delivered in an expansion releasing later in 2021. We will share additional information around that content and standalone cost at a later date.”

With the Godfall release date fast approaching it’s only a few weeks till the loot-slasher will be in gamers’ hands around the world. The new IP was the first PS5 game ever revealed, with the title getting announced at last year’s The Game Awards event.

Since then Godfall has appeared at numerous PlayStation events, including the June PS5 reveal event and during the August State of Play broadcast.

Speaking about what PlayStation fans can expect from Godfall, Heyne said: “Players can expect an action combat experience unlike any other. We sought out to define what a ‘looter-slasher’ is. Leveraging the power of the PS5’s SSD, along with the DualSense controller, the player is really able to FEEL the combat.

“Players can also expect challenging boss fights that will push their builds to the limit. Ascending the Skybreaker Monolith and defeating Macros’ army will be no small feat. Our aim has always been to create a combat experience that feels challenging, encouraging players to leverage the many tools in their arsenal to come out victorious.

“Finally, players can expect a thrilling co-op experience. Godfall will never force players to participate in co-op or punish them for rolling solo. That said, we wanted to make sure that co-op play felt meaningful and collaborative, selling this idea that it really is you and your friends against the world.”

Godfall has a release date of November 12 on the PS5 and on the Epic Games Store for gamers in the US.

PS5 fans in the UK will have to wait a little longer, as the Counterplay and Gearbox game – as well as the PlayStation 5 itself – launches on November 19.