You are here:
Home / God Of War Ragnarok’s Drunken Thor Is An Accurate Reflection My Own Alcoholic Father Figures

We all expected God of War Ragnarok would be a touching journey, full of emotional moments between father and son, Kratos and Atreus, and it was. I’m always moved by this dynamic. I’ve had strained relationships with all the father figures in my life, and finding out the man I’d been calling dad for 12 years was actually my stepdad didn’t help matters – but that's a story for another time. He was distant, found it hard to show love, and he was an alcoholic. What I didn’t expect from Ragnarok was to see my past so well portrayed by Thor and Thrudd.

I didn’t pick up on my stepdad’s alcoholism until after he and my mum separated. I don’t picture him with a drink in his hand, but I remember incidents like my mum running out of the house and screaming at him as we sat in the car, wheels spinning in the snow and failing to get out of the driveway one night when he suggested we walk the dog down by the creek. Looking back on it, he was clearly battered – he almost hit the house trying to reverse.

I did notice that my mum’s next partner was an alcoholic though. Every day, he’d sit on the couch, can of Budweiser in hand, sipping until bedtime. He was a sad and mean drunk, fairly pathetic all things considered. I felt sorry for my mum having to deal with him, and for his six kids – especially the two daughters who were younger than me. 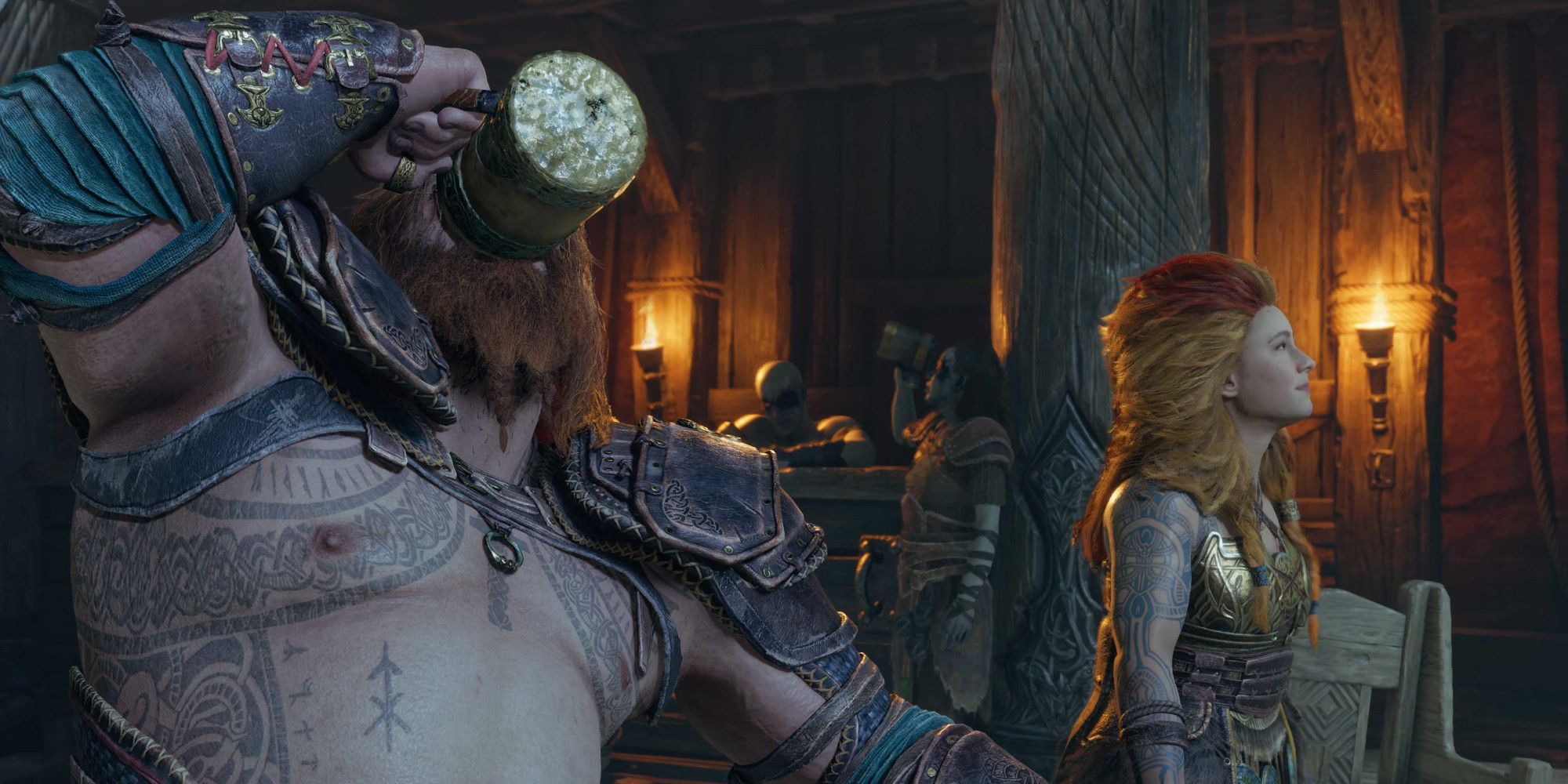 Alcohol is, for many, a crutch, a coping mechanism. I’ve gone through addiction myself, so I’m sympathetic now, but when you’re a kid and your dad (or stepdad, or mum’s boyfriend), the man who’s supposed to set an example and be there for you, is sauced up to their eyeballs most days, you start to feel resentful. You hope and wish they’ll do better, for you, but they can only change for themselves, and often only once everyone else has had enough and leaves.

When Thrudd leads Atreus to a large hall in Asgard, I couldn’t tell why she was so annoyed. Upon entering, it’s clearly a tavern of some kind, but Vikings and their Gods drink, so what? It wasn’t until I saw the once mighty and powerful Thor slumped over a table, slurring his words and barely able to stand that I understood her frustration and I was immediately thrust back into my own adolescence. 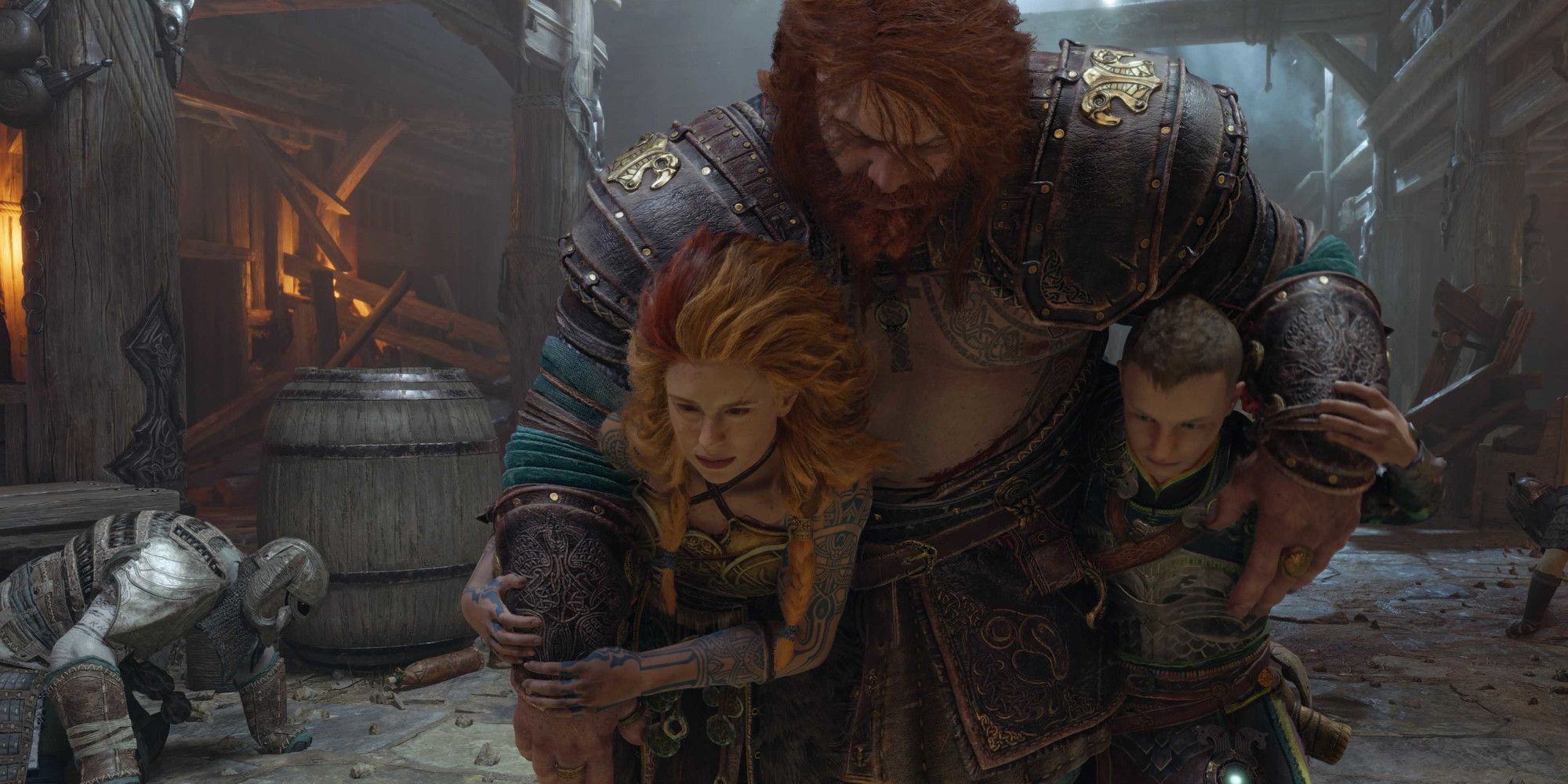 At some point, the role of care giver and receiver switch. Normally, this is when your parents get old, but when your dad’s an alcoholic and your mum is at the end of her tether, you’ve got to pick up the slack yourself. It’s an awful position to put a child in, helping their drunk parent to their feet so they can shuffle to a bed or sofa, or trying to be there for your mum through emotional dilemmas you're far too young to understand.

Thrudd feels every emotion I did in those instances. First, she’s annoyed. She knows her dad has decided to drown his problems rather than face them, and he’s done so knowing the effect it has on his family. Then when she sees him, she’s angry and disappointed, disgusted even. This is the man meant to protect her? The one who can’t even sit up straight? It teaches you to be independent long before kids should have to be. She lets out her rage on some Einherjar, only for it to subside into a deep sadness. She screams at Thor that she and Sif are there for him, but as usual, the words fall on deaf ears. When you’re too young to even properly look after yourself, how are you supposed to look after your dad? 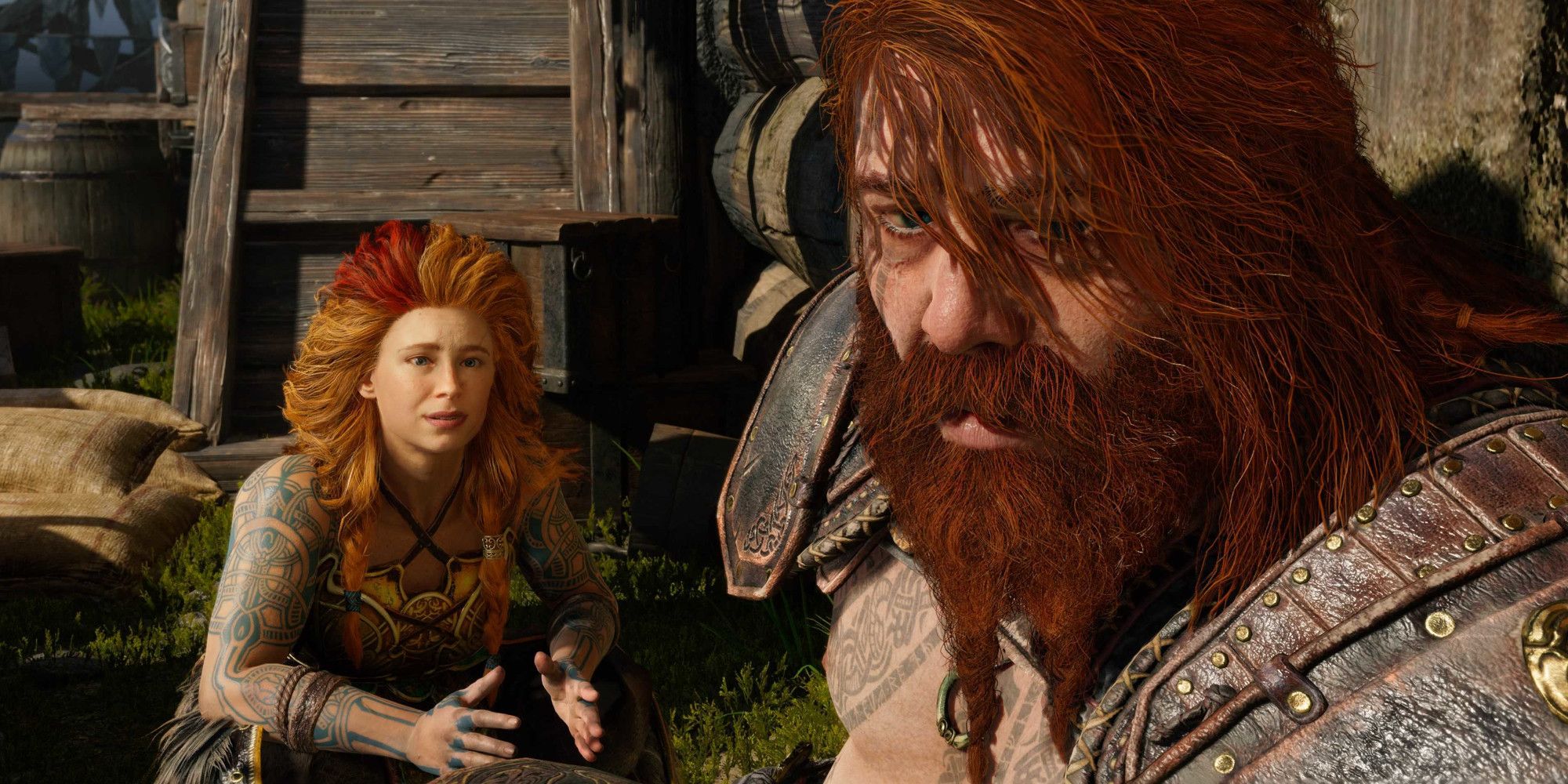 I didn’t notice my stepdad was drunk a lot of the time, and while I knew the next one was an alcoholic, we hated each other so it didn’t matter to me if he destroyed himself or not. He wasn’t my dad, I didn’t need him to be there for me, but both of them should have been there for my mum. With no one to depend on, she leaned on me. I wasn’t a particularly rebellious teenager, but when I went to uni I didn’t come home once until Christmas. I didn’t realise how much I needed that space until I finally had it. I wasn’t just angry at these men, I was mad at my mum for putting up with them and bringing them into my life.

We see this in Thrudd too. Her and Sif’s relationship is at breaking point because Sif is left to do all the parenting herself. There’s no one else around to be the bad cop, so the responsibility falls entirely on her shoulders and Thrudd resents her for it. An alcoholic parent affects the entire family. Fortunately, with Thor and Odin gone, Sif and Thrudd are able to begin repairing their relationship, just as my mother and I have done. 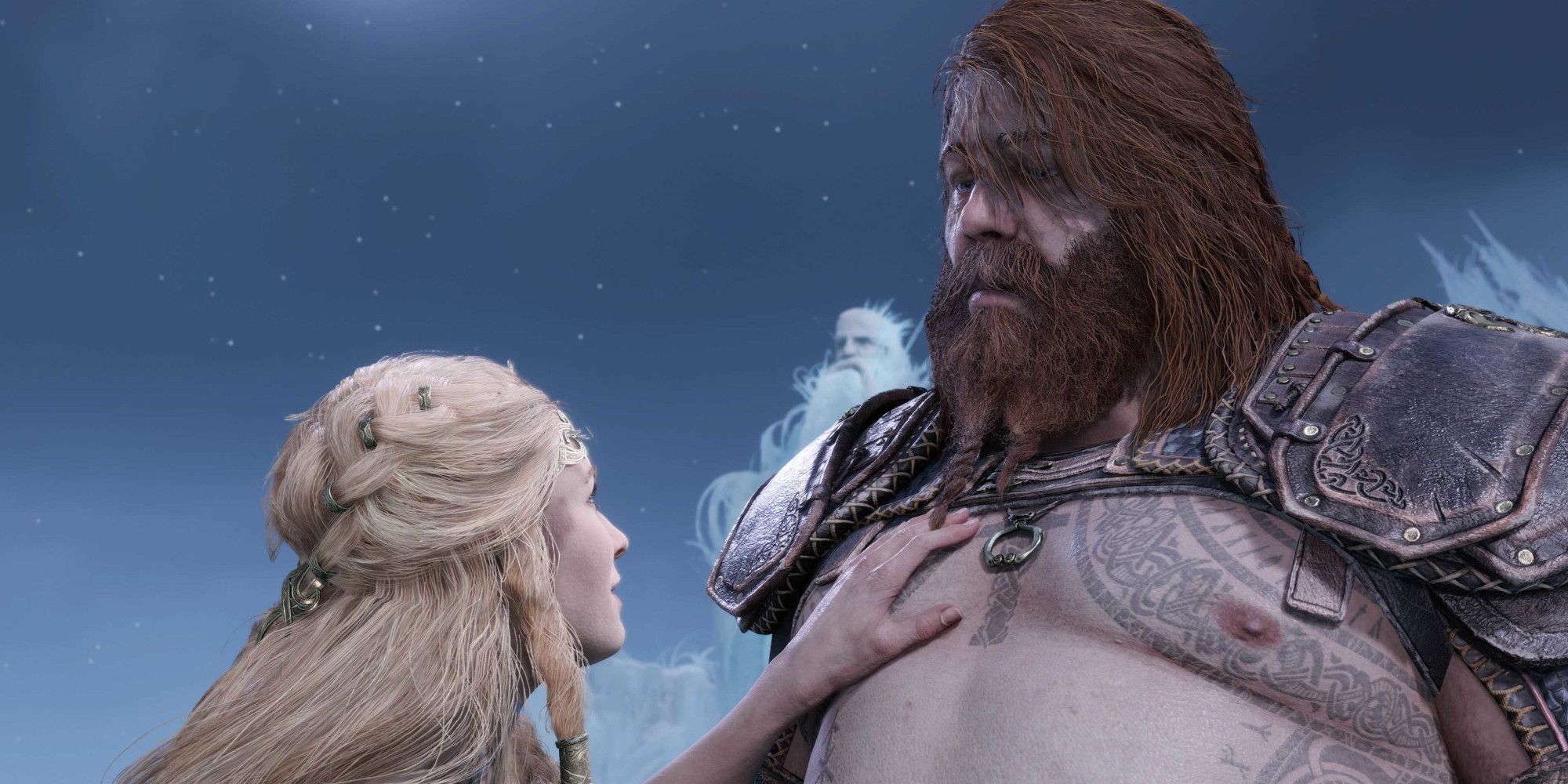 Most touchingly of all, Ryan Hurst's performance as Thor shows the pain behind his drunken stupor. He knows what he's putting his family through and loathes himself for it, but he has to drown those demons or they'll pull him under even further. Our parents aren't just our parents, they have their own lives and issues. It's a hard lesson to learn, but as I've gotten older and more understanding and my stepdad has made amends, we've been able to salvage the relationship, and I'm glad Thor got his moment of redemption too.

I knew I was in for a heavy time with Atreus and Kratos, but I’m glad Ragnarok shed light on some less fantastical family issues too. I never expected to relate to a Norse Goddess, but even they have to deal with shitty parents.