You are here:
Home / God of War Ragnarok headlines biggest week of new game releases yet 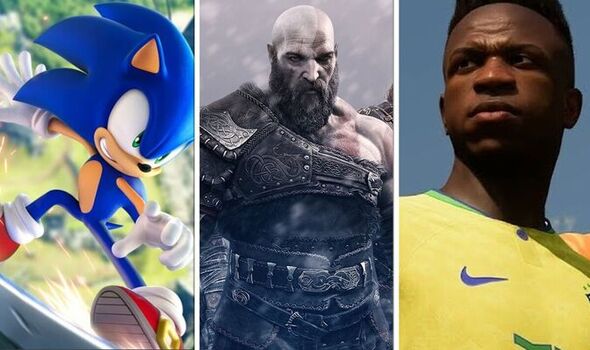 Whether you’ve got a PS5, Xbox, PC or Nintendo Switch, you’re in for a treat during the second week of November. Lots of great games have launched in 2022, but arguably none bigger than God of War Ragnarok on PlayStation 5. A direct sequel to 2018’s God of War, Ragnarok has a November 9 release date on PS5 and PlayStation 4. Sony’s blockbuster new release launches 24-hours after Sonic Frontiers and Football Manager 2023, and on the same day as EA’S big new FIFA 23 World Cup update.

God of War Ragnarok is out of the biggest PlayStation exclusives launching this year, with the latest adventure starring Kratos out in November. If you want to pre-order the PS4 and PS5 game you’ll be able to do so from July 15

If you’re just after the standard version of God of War Ragnarok you won’t get both the PS4 and PS5 version. That’s available with the Jotnar and Collector’s Edition. If you purchase the PS4 standard version you’ll have to pay to upgrade to the PS5 version if you decide to play it at a later date. Alternatively, you can just buy the more expensive PS5 version to begin with. If you order from GAME you’ll get an exclusive metal mini poster

The best deals we have found so far on the standard version of God of War Ragnarok can be found at Base.com. The PS4 edition is available for £52.85, which is an over £7 saving on its usual price tag

For those after the standard version of Ragnarok on PS5 Base is once again the best place, with over £10 off the price tag on pre-orders

Tactics Ogre: Reborn caps off what is undoubtedly the biggest week of new game releases in 2022.

Based on the early reviews, God of War Ragnarok is shaping up to be even better than its predecessor.

“Join Kratos and Atreus on a mythic journey for answers before Ragnarök arrives,” reads the official description. “Together, father and son must put everything on the line as they journey to each of the Nine Realms.

“Throughout stunning mythological landscapes, they’ll face fearsome enemies – from Norse gods to wild beasts – as they prepare for the showdown of their lives.

“Armed with his trusty weapons of war – including the Leviathan Axe and the Blades of Chaos – Kratos’ deadly skills will be tested like never before as he fights to protect his family. A host of new abilities for him and Atreus also await, leaving room for fluid, expressive and customisable combat in this epic and unflinching tale.”

Sonic Frontiers, on the other hand, is the biggest Sonic the Hedgehog game ever made, featuring five huge overworld islands brimming with secrets.

The game also utilises a brand new combat system, which is much deeper and more extensive than previous Sonic releases. Sonic Frontiers will be available on PlayStation, Xbox, PC and Nintendo Switch.

Football Manager 2023 also launches on November 8, although not on the PS5. The PlayStation 5 version of the soccer management sim is delayed due to “unforeseen complications which have arisen during the submissions and approvals process”.

If you want something a bit more hands-on, FIFA 23’s World Cup update lets fans play as any of the 32 qualified nations in an authentic recreation of the full FIFA World Cup 2022.

Alternatively, you can customise your experience by changing teams and groups, or rewrite history by changing the outcome of any past game. Better yet, the update is completely free of charge.

Though not as high-profile as the other games on the list, fans of old-school strategy role-playing games will be keen to check out Tactics Ogre: Reborn.

Coming to PlayStation, PC and Nintendo Switch on November 11, Tactics Ogre: Reborn is based on the 2010 original, only with improved graphics and sound, as well as updated game design.