You are here:
Home / God of War PC release date gets Steam preload time for this week 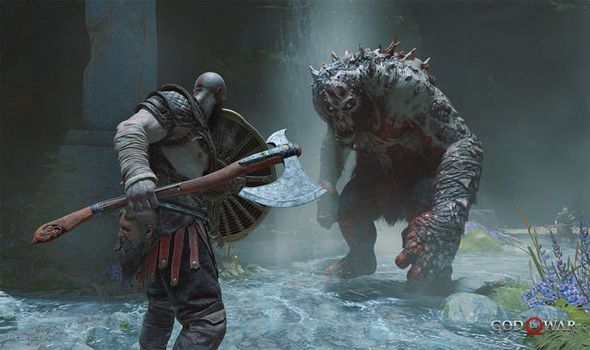 God of War is making its way to PC this month, and the development team at Santa Monica Studios has revealed when gamers will be able to preload on Steam.

Not all games on the platform come with the option, which allows pre-ordered customers to download before release day.

This means you can start playing as soon as the game is launched, with the God of War release date scheduled for January 14.

And today, Santa Monica revealed that they would be making the game’s preload option available on Steam on January 12.

The official date and times are as follows: Preload for Steam will begin Wednesday, January 12 at 8am PT.

For gamers in the UK, that will mean preloading God of War on PC at 4pm GMT, with the game also launching on the Epic Games Store, without a preload confirmed.

And Santa Monica has also confirmed a list of special features that will be launching alongside the PC edition of the hit game, including the following:

When facing your toughest opponents like Sigrun the Valkyrie Queen, how quickly you can react to her attacks can make all the difference between life and death in a fight. With NVIDIA Reflex, gameplay on God of War (2018) for PC will be responsive with reduced system latency across several generations of NVIDIA GeForce RTX and GTX GPUs (NVIDIA Reflex is supported on GTX 900 series or better).

We are also happy to support AMD FidelityFX Super Resolution (FSR) so our players with AMD GPUs can take advantage of their visual enhancement technology!

From the frozen wastes of Helheim with its jagged, icy terrain and ghostly green skies to the lush Lake of Light in Alfheim whose shores are home to exotic plants and crystalline waters – the mythical and stunning environments of God of War will shine on PC as you journey through them on your quest.