You are here:
Home / Genshin Impact: The Wolf Of The North Challenge Guide

Genshin Impact: The Wolf Of The North Challenge Guide

If you’ve been working your way through the battle pass in Genshin Impact you may have reached The Wolf of the North challenge and found yourself at a loss for how to proceed. Or, even with the battle pass, you might have only heard about this challenge but don’t know how to actually unlock it. Regardless of where you are, we have all the info you need to unlock and complete The Wolf of the North Challenge in Genshin Impact.

How To Access The Wolf Of The North Challenge

Before you can even attempt to take on this battle pass challenge, you will need to first complete a story quest called The Meaning of Lupical. If this hasn’t popped up as a quest for you yet, odds are your Adventure Rank is too low, so focus on raising that up first. 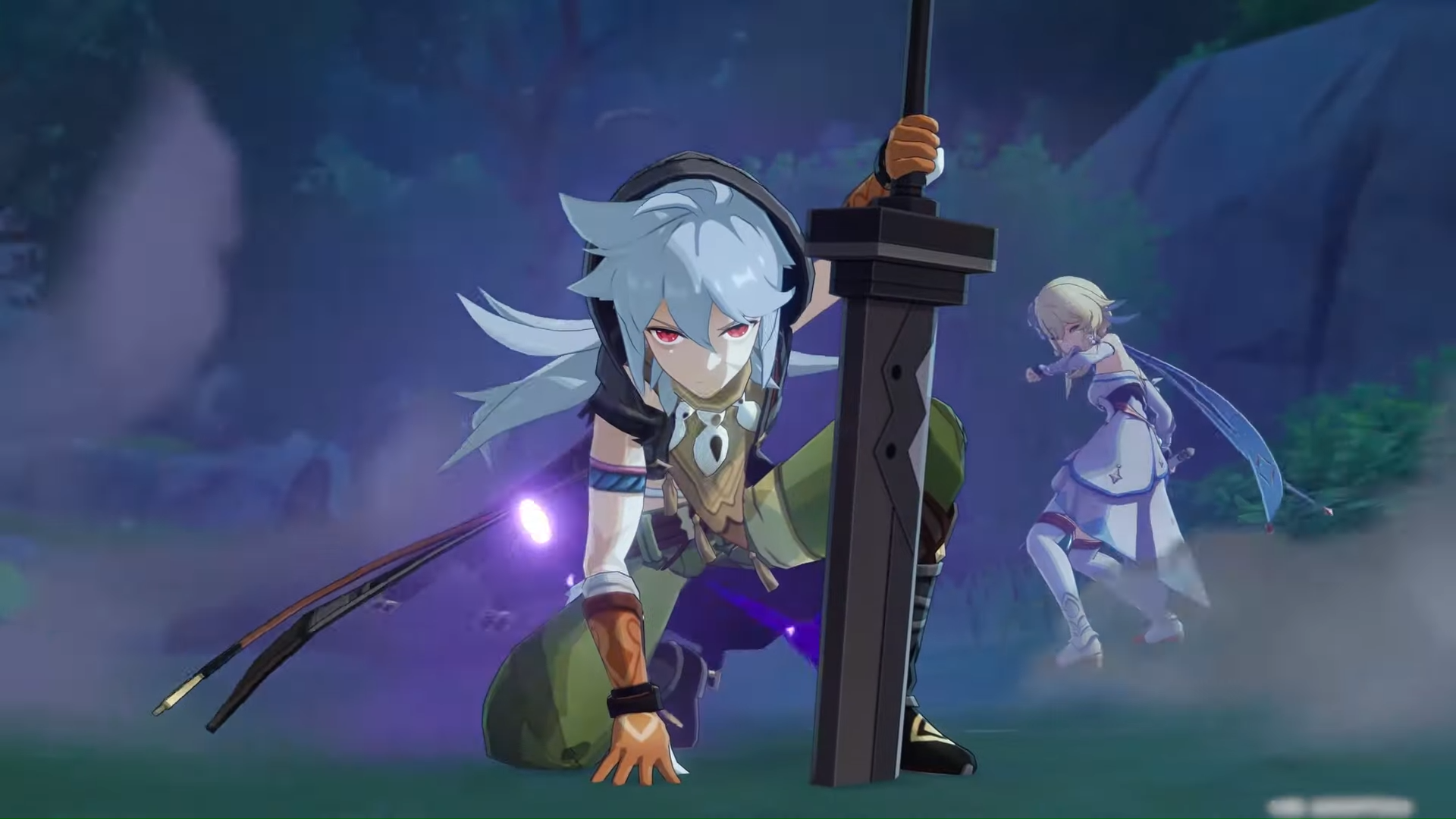 This quest will send you to Wolvendom to slay some slimes. Once a cutscene triggers, Razor will appear and scare off the rest. After speaking with him, act one of the quest will begin. You’re sent back to Amber who asks you to investigate a situation at Drunkard Gorge. Agree to help and wipe out the mobs attacking a woman named Siegfria.

After several cutscenes and investigating the wolf attacks, you’ll meet back up with Razor. Gather up some Wolfhook to help the injured wolf and you will finally go up against the boss, Boreas. This will be a nearly identical fight to the actual Wolf of the North Challenge fight, so use it to get a feel for how the fight in the challenge will go.

The Wolf Of The North Challenge Guide 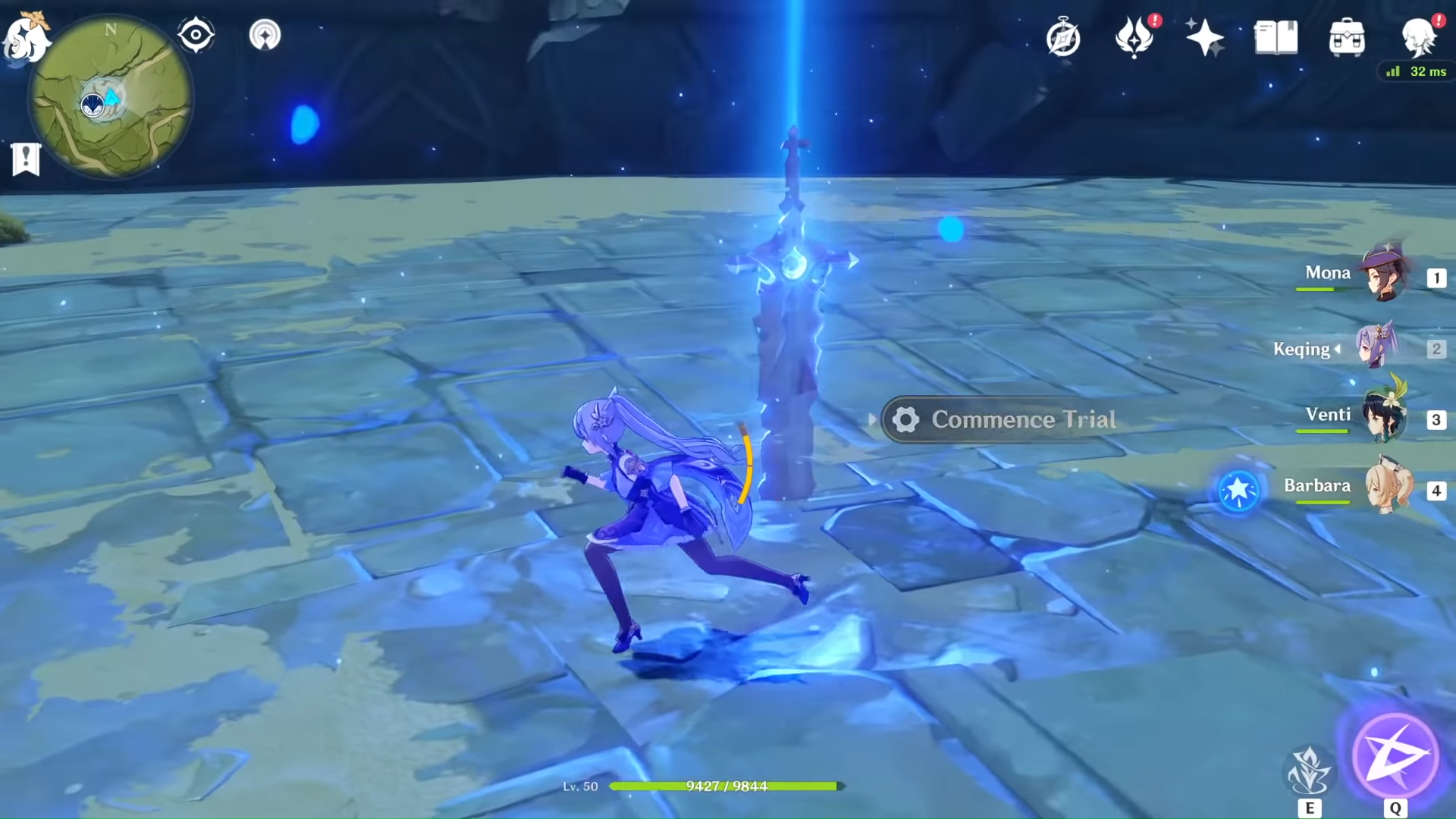 After you’ve completed The Meaning of Lupical quest, this weekly challenge will open up. You will find it in the same arena you fought Boreas at the conclusion of the previous quest, indicated by a blue sword stuck in the ground. It will cost you 60 Original Resin to begin the challenge, so make sure you have your party set and healed before attempting it.

Andrius is a very tanky boss and can take a very long time to whittle down if you don’t have the right team composition. He’s a Cryo focused boss, so it would be best to avoid bringing in any character that can make your characters wet. Some good healer options would be Jean or Qiqi over Barbara, who is Hydro. In terms of the best characters for attacking, Pyro and Electro characters are the most effective. Having a Geo character to throw up defense is also highly advised.

For the first phase of the fight Andrius will have three main attacks. First is a giant slash attack with his claw, an AOE Cryo attack, and a jumping strike. For the most part, though, he’s fairly passive in this phase. 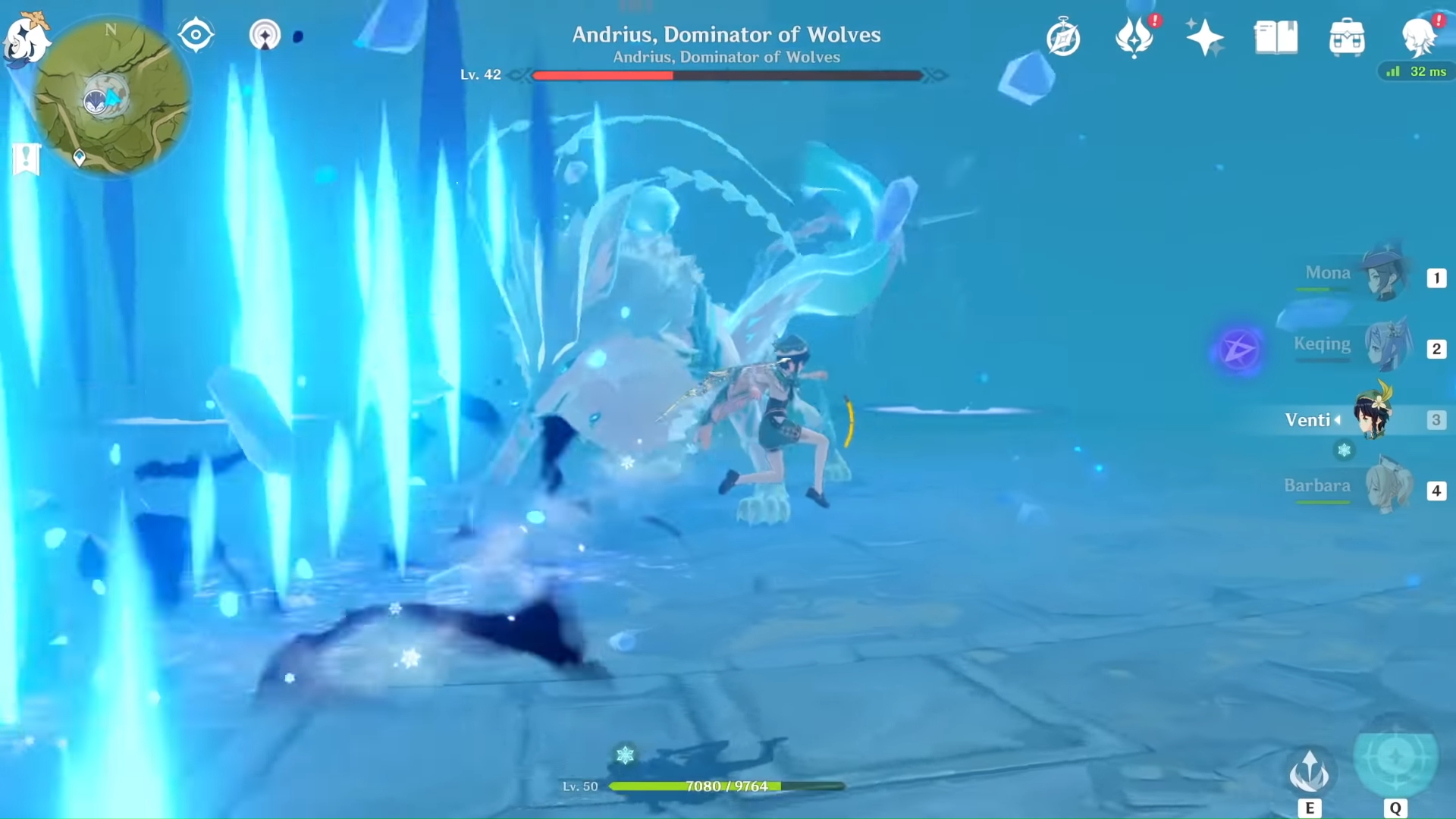 After getting him down to 50% HP he will go into phase two. The arena gets misty and he will start dashing around the area, making occasional swipes or jumps at you. He can also now summon an AOE around him that damages you if you try and get in close, cause create icicles to drop from the sky, and shoot a line of ice along the ground that erupts upward.

Focus on chaining your elemental attacks together to maximize damage, eat up and heal when you need, and know when it is and isn’t safe to rush in for melee damage. This can be a real slog of a fight if you just rely on your physical attack, so learn those elemental reactions and hit him hard. 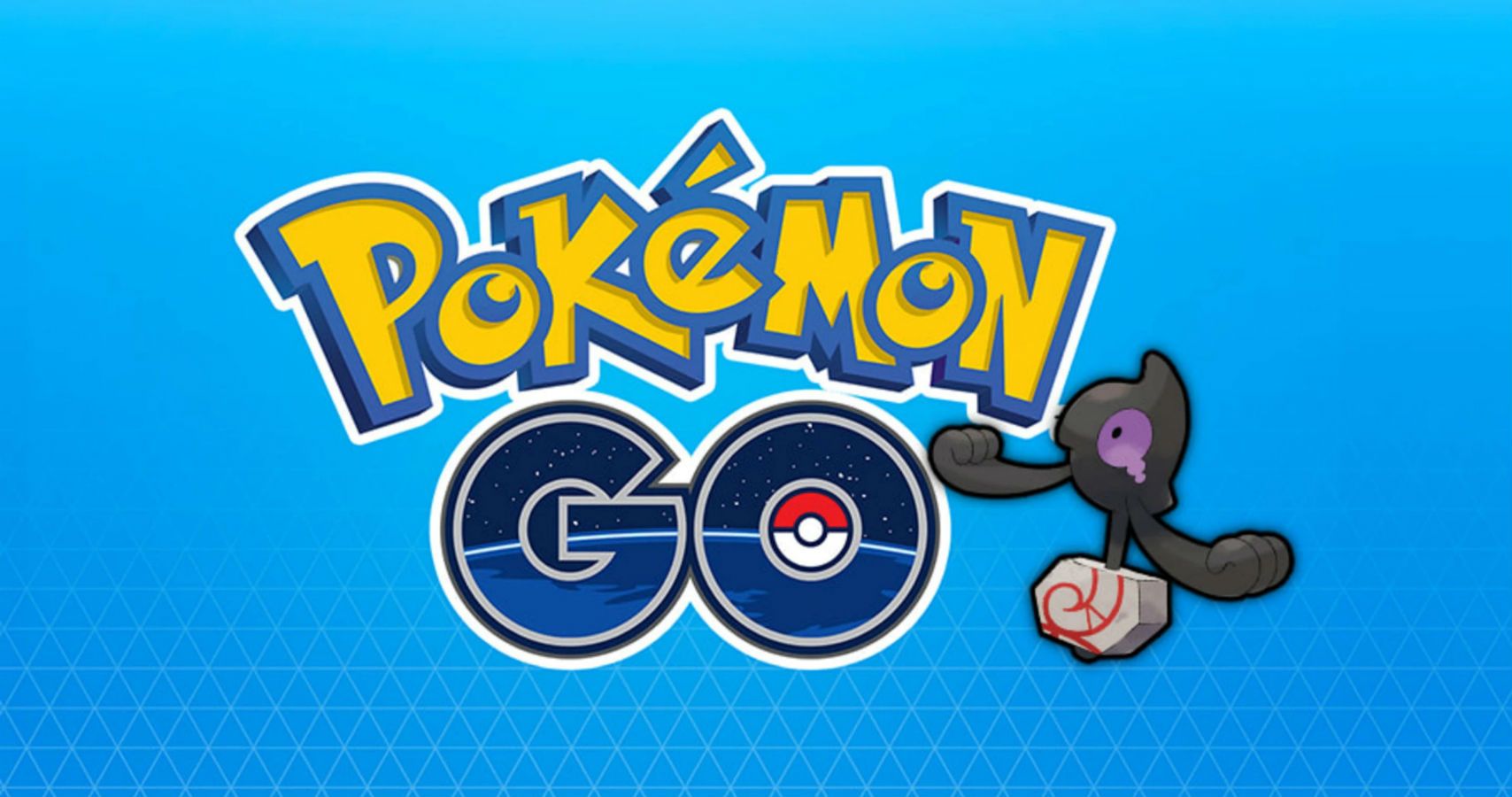 RELATED NEWS
Games Inbox: What can be done about PS5 and Xbox eBay scalpers?
Story of Seasons: Pioneers of Olive Town Development Reportedly 80% Done
HeroClix’s Play At Home Kit Helps You Have Socially-Distanced Superhero Battles
Parkitect, The Rollercoaster Tycoon-Like Park Management Sim, Is Getting Multiplayer Coop
Recent Posts
This website uses cookies to improve your user experience and to provide you with advertisements that are relevant to your interests. By continuing to browse the site you are agreeing to our use of cookies.Ok