You are here:
Home / Genshin Impact: How To Complete The Broken Isle Puzzle

Genshin Impact: How To Complete The Broken Isle Puzzle

Every island in the Golden Apple Archipelago in Gensin Impact holds a secret or two. The Broken Isle is no exception to this rule, and you will likely notice just from looking at the map that it has quite a few strangely placed lakes. These lakes all link to a puzzle, which can be a bit difficult to understand. Each lake has stones that will chime when stepped on and fill or drain the lake’s water.

In fact, you’ve likely stepped on the central lakes stone by accident. To complete the puzzle you will need to use a hidden mural that’s part of the “The Other Side of Isle and Sea quest” to figure out how to get your reward.

Filling and Draining The Lakes 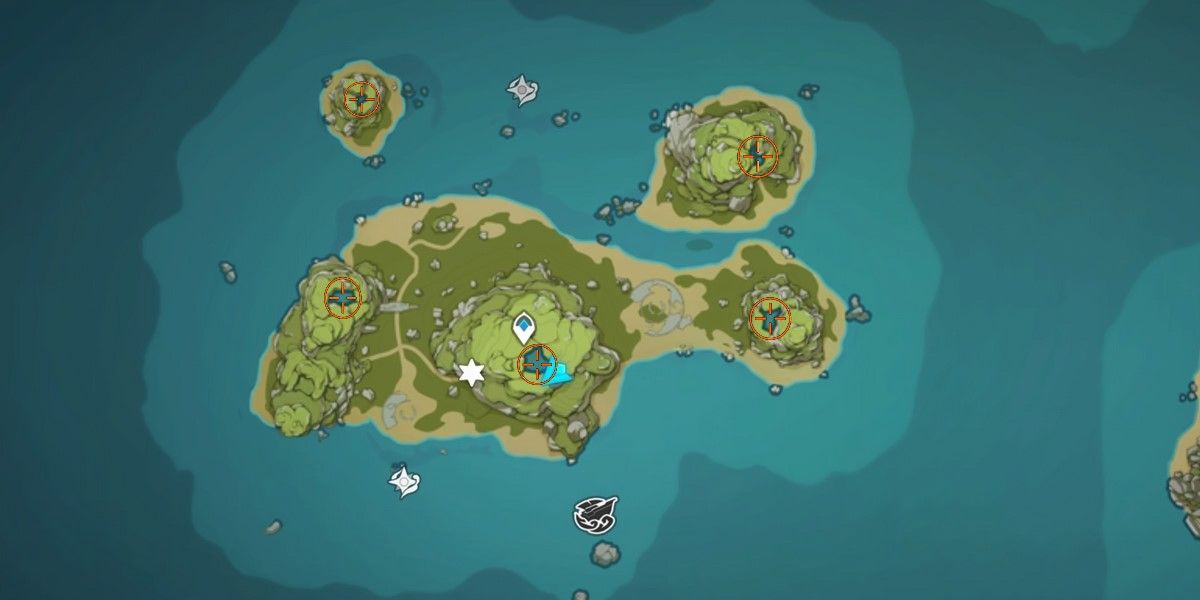 The quest revolves around going to the five different lakes scattered around the Broken Isle and altering how much water they hold. Near every lake will be two stones that will chime as you raise and lower the water. Use these stones to match the lakes to the mural (Starred location on the map above) found inside of the hidden cave hidden behind a painted wall on the isles southern beach. The mural is a bit hard to decipher at first, especially since it only seems to be a piece of the Golden Apple’s story.

You can teleport beside the central lake but will want to use your glider to easily reach the other lakes.

Keep in mind that this quest can’t be completed until you raise the islands in Act II of the Golden Apple’s story quest. 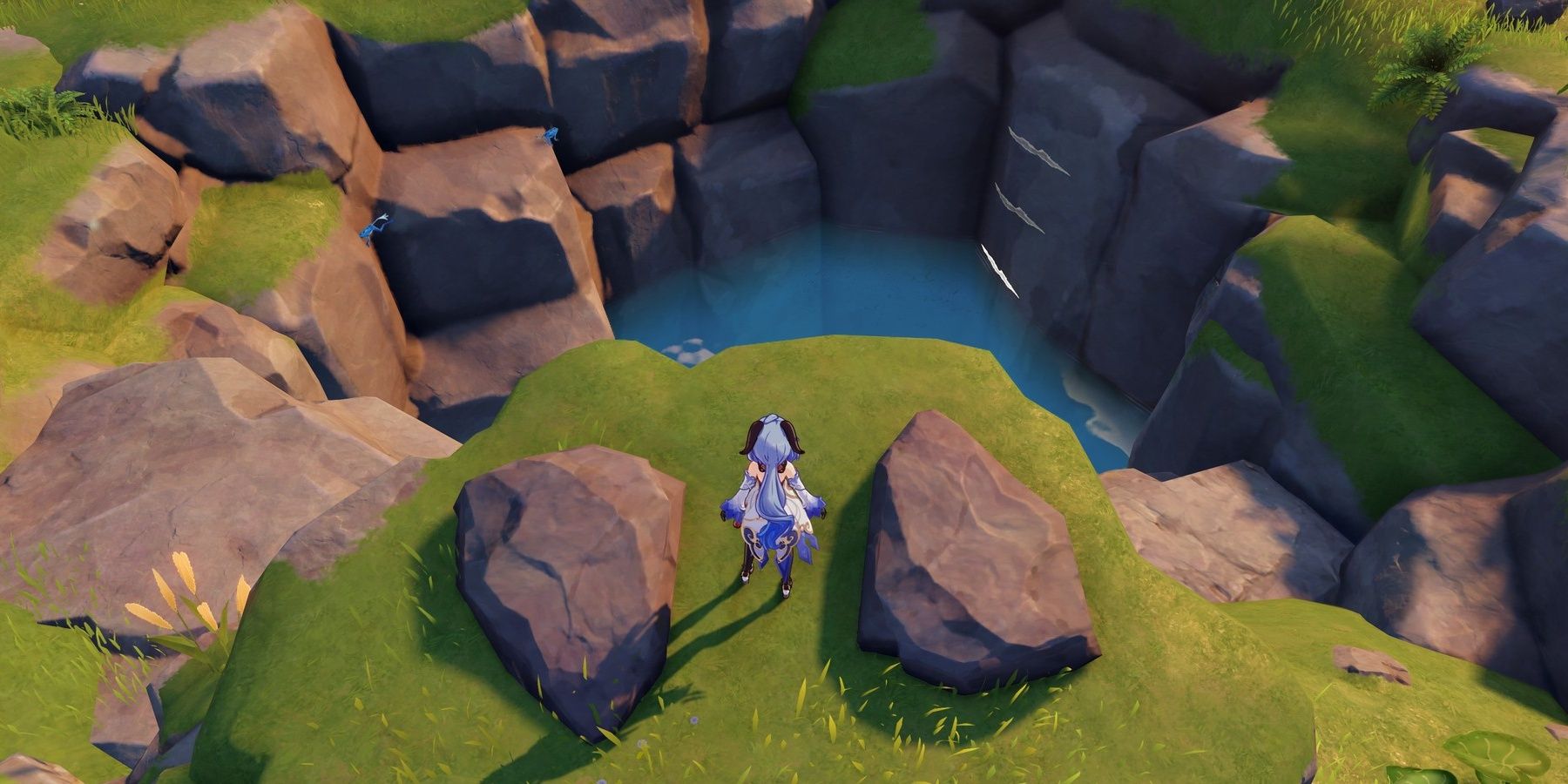 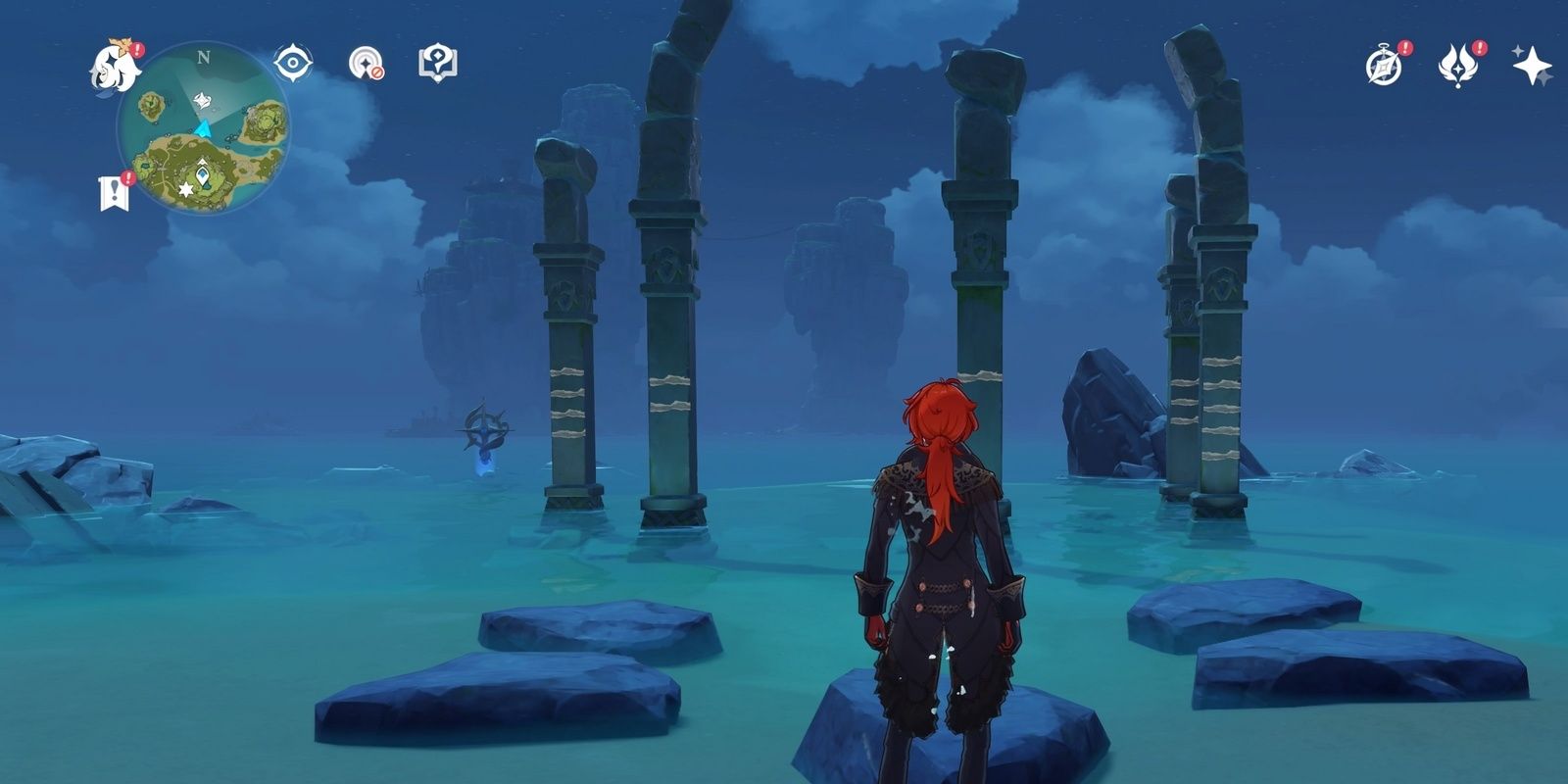 Once you are done with the lakes, head to the northern part of the Broken Isle. Here you will find five stone pillars that are standing in shallow water, this is the final part of the puzzle. You will notice when looking at the pillars that each one has markings ranging from one to five. This corresponds to the order you need to step on the stones. Here is the correct order for activating the stones:

When you successfully complete the puzzle, music will play and three chests will spawn behind you. Paimon will also begin commenting on the puzzle, grab the chests to receive your reward.