You are here:
Home / Genshin Impact: How To Complete Destroy The Barrier Puzzles

Genshin Impact: How To Complete Destroy The Barrier Puzzles

Much of JRPG gaming involves recruiting a colorful cast of characters to take down evil. While this is almost always the overarching plot, it can take a backseat to the other tasks and quests you’re likely to encounter. In the wondrous world of Genshin Impact, there’s a lot to discover, and you can get involved in various other important stories without even trying.

There’ll be a point where you’re exploring some rings, touching a mysterious stone, and triggering a chain of events of which you are an integral link. This is the case with several magical barriers which you’ll be tasked to destroy.

Why Destroy The Barriers? 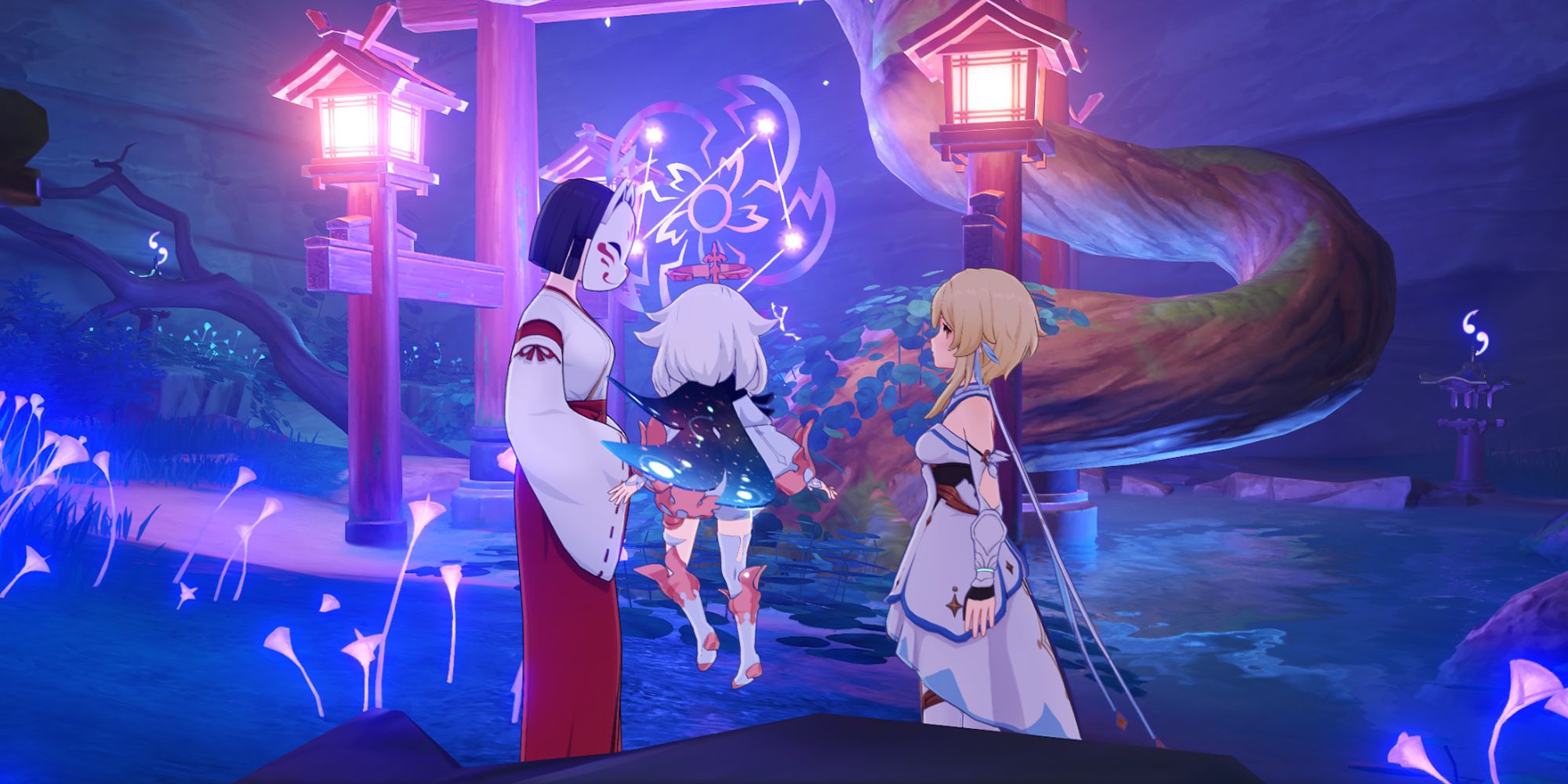 Once you find your way to Konda Village, take a look inside the well. At the bottom, there will be an unusual wooden archway at the center of a basin surrounded by multiple marked shrines. Solving its mystery will summon an enigmatic character wearing a kitsune mask named Kazari. Acting as a representative to Narukami Island, Kazari implores you to destroy these barriers as part of the Sacred Sakura Cleansing Ritual.

This will require you to travel around to find each of these barriers which have both an intellectual and strength component to them. Aside from the Konda Village Well, you can find the other barriers at the following locations: 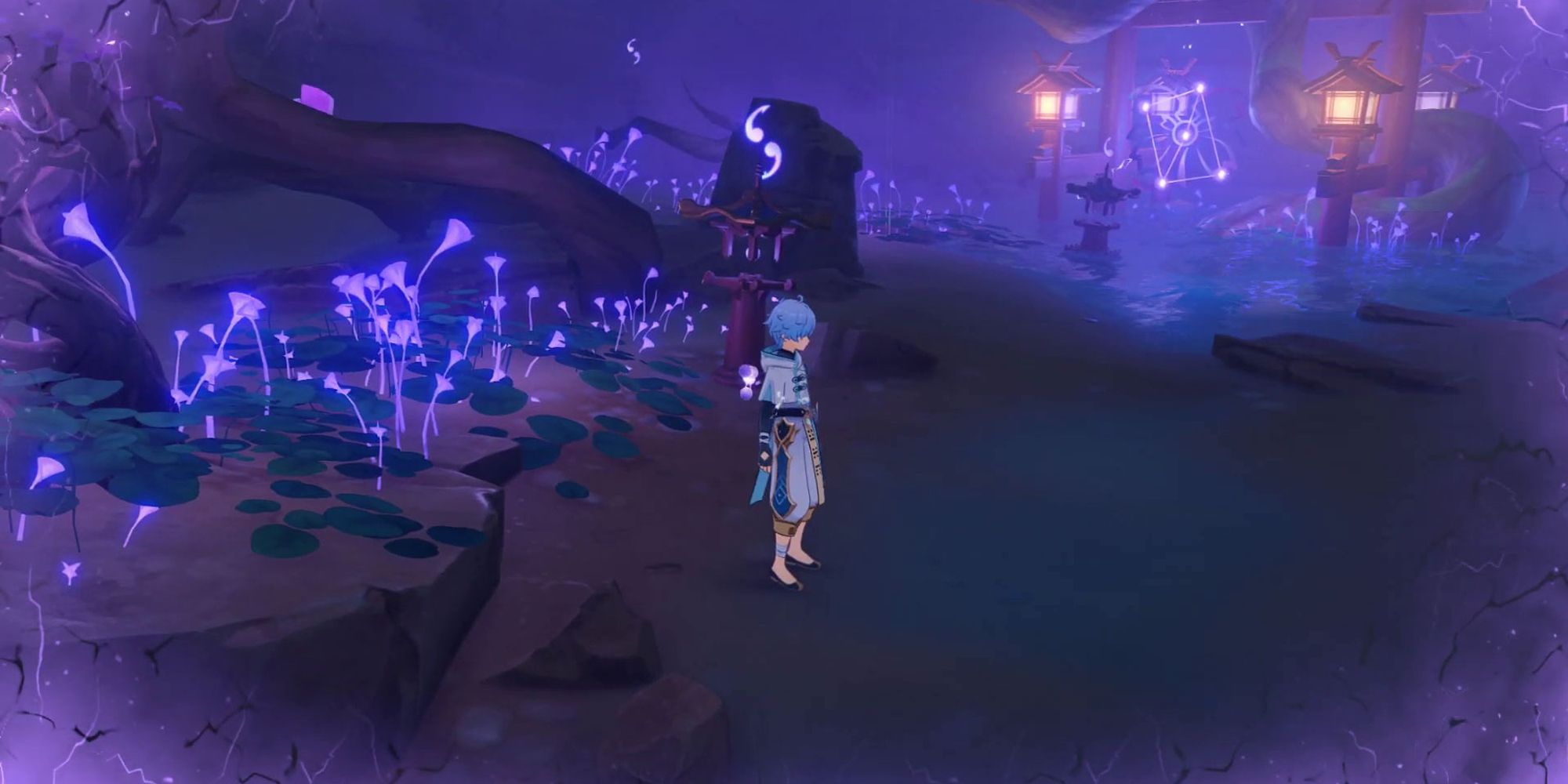 Though each puzzle has different arrangements based on its location, they all play out the same way. To get started, place a Ward at one of the shrines to Purify it. This will cause the barrier to appear within the archway depicting a sigil.