You are here:
Home / Genshin Impact: Best Weapons For Qiqi

Genshin Impact's Qiqi may have been saved via an adeptal resurrection, but having her as support means that her teammates won't have to worry about needing a revival of their own. With consistent, attack-scaling heals, she can sustain her team while also dishing out damage and triggering Cryo-based elemental reactions. This eternally youthful zombie is a great support when given the right weapon.

Since her healing scales off of her attack power, the best weapons for Qiqi will have an ATK% boost either as a sub stat or as a refinement effect. Other useful stats to prioritize when building Qiqi are ATK and energy recharge. With the focus of the weapon being on one of those stats, it'd also be useful to give her an artifact with a healing bonus. These two aspects of her character build can combine to make her a beyond powerful healer. 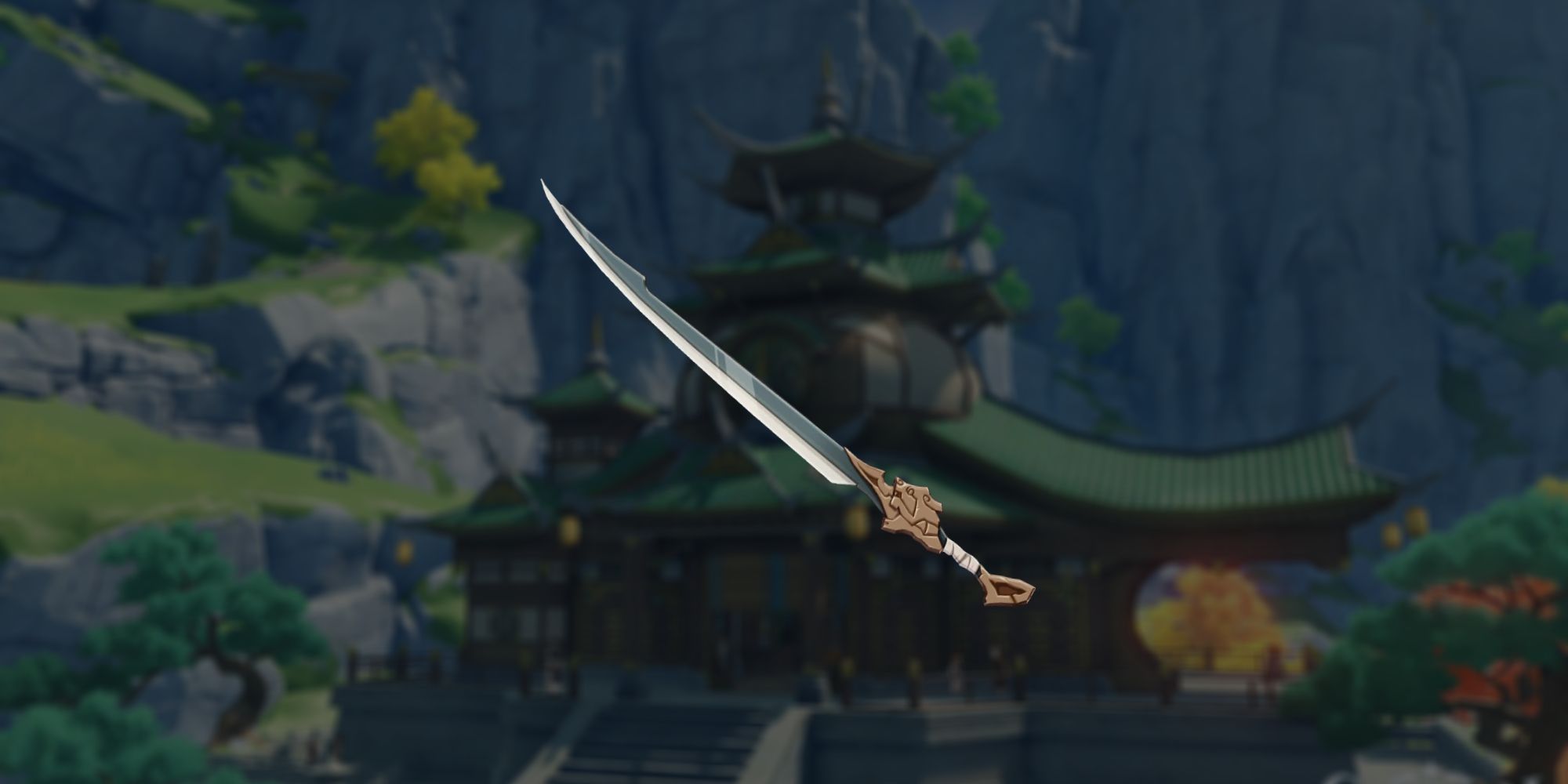 A solid three-star sword for players who are still learning the ropes, the Fillet Blade is relatively straightforward: its sub stat increases ATK% and its refinement effect kicks in every time the wielder lands a blow to an enemy, granting a fifty percent chance of dealing a ton of extra damage.

The exact amount of that damage depends on the refinement rank, of course, with it being 240 percent of the wielders attack at rank one and 400 percent at rank five. The extra damage is always helpful in combat, even when considering the effect's fifteen-second cooldown, and the ATK% sub stat enables Qiqi to put out a significant amount of healing. 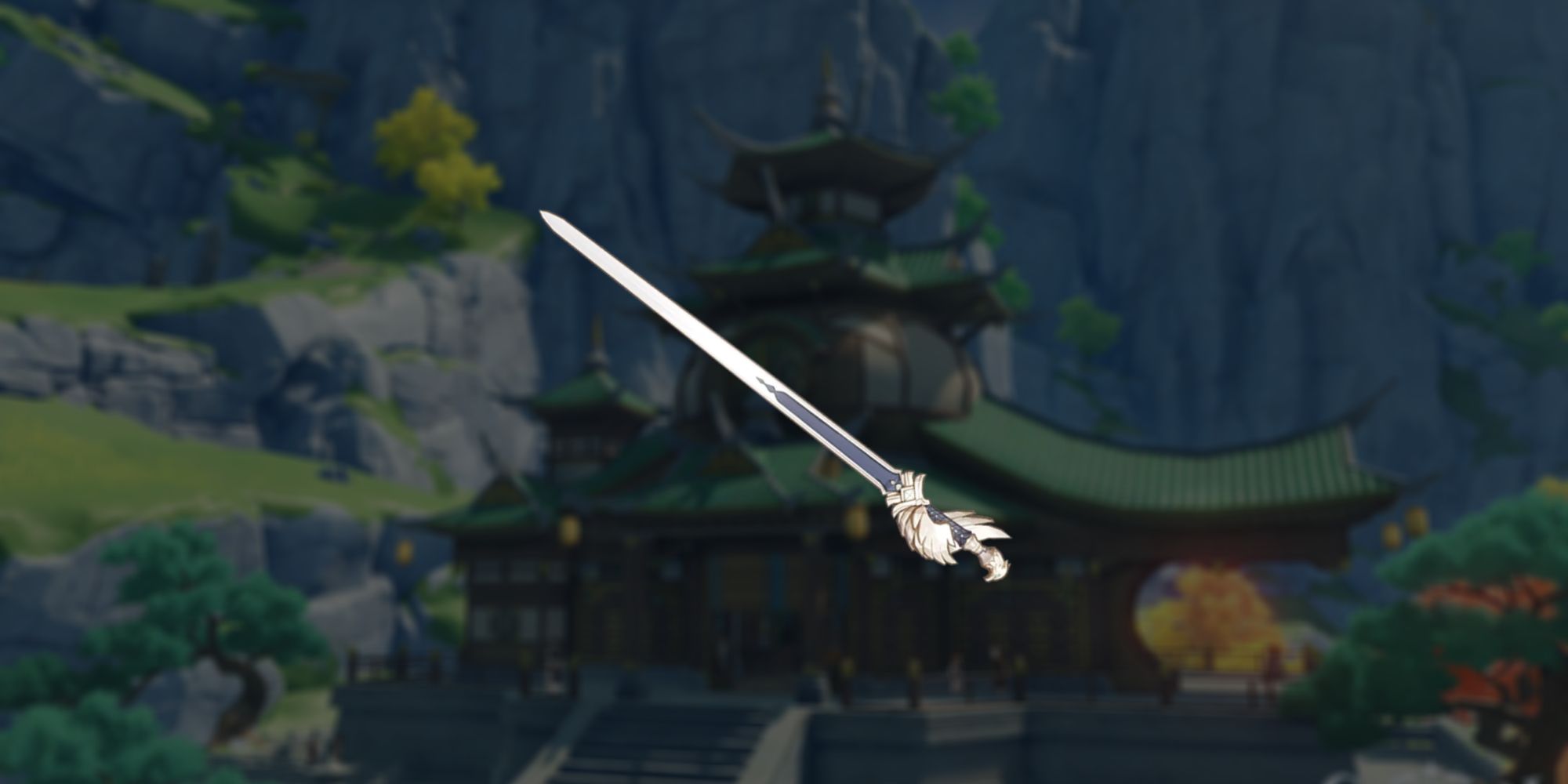 The Favonius Sword's recharge sub stat makes Qiqi's relatively long cooldown much more tolerable. Though this weapon isn't as prized as the sacrificial sword, another blade that improves energy recharge, it is still compatible with Qiqi and can aid her greatly in battle.

Since its refinement effect generates elemental particles, it makes building her expensive elemental burst much easier than it would be otherwise. 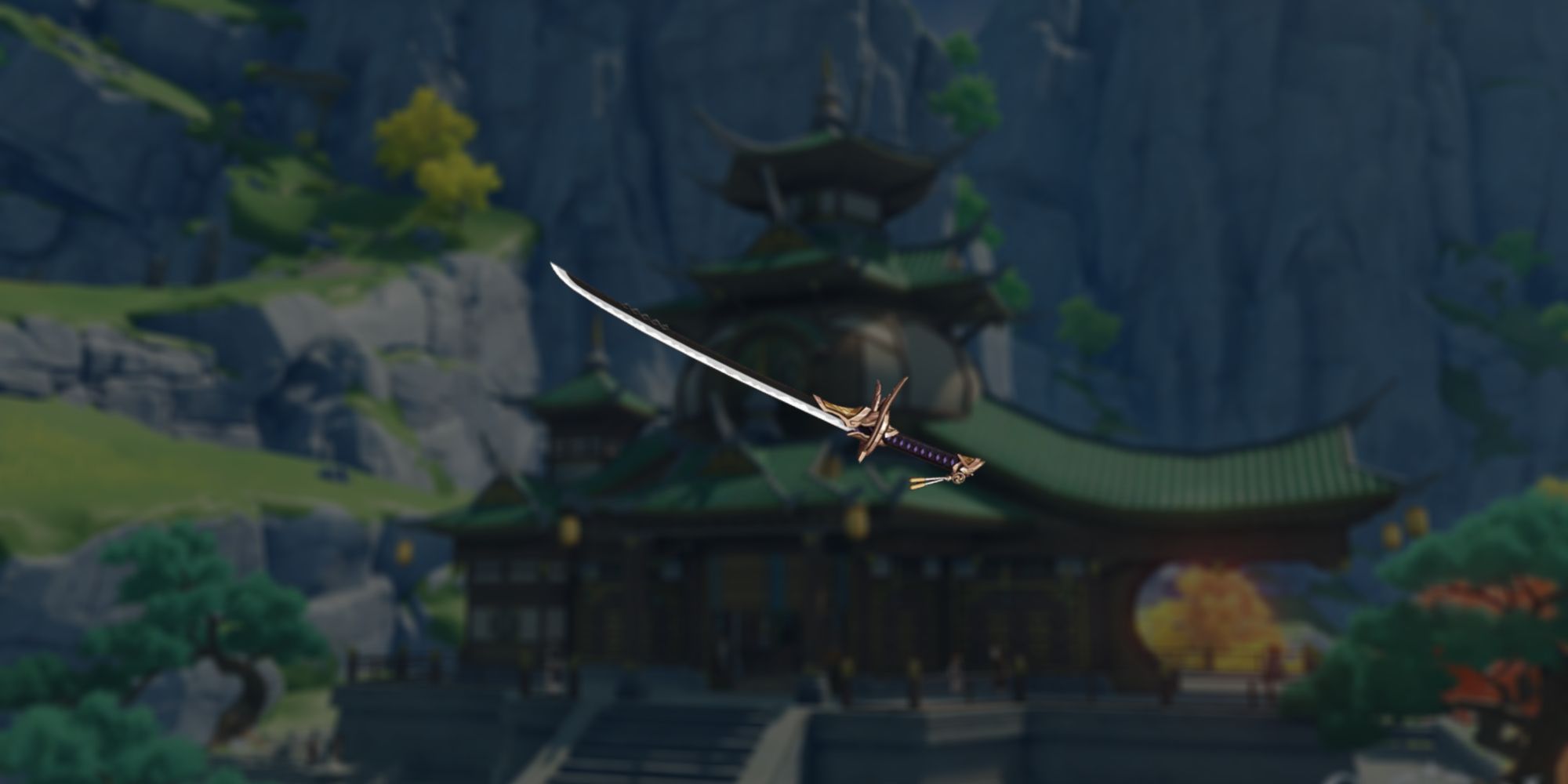 This four-star weapon is highly accessible due to the fact that it can be forged, making it easy to ascend to higher refinement ranks. With a sub-stat that boosts ATK% and a refinement effect that generates energy, this blade is a good match for Qiqi. It increases her healing output, and it helps the player build her expensive elemental burst at a more consistent rate. The details of the refinement effect are somewhat complex, following the following rules:

Since Qiqi's elemental skill can only be triggered once every thirty seconds, she can't build more than one succession seed. However, even having one seed when casting her elemental burst can be helpful; it will contribute fifteen percent of the total energy needed for her next burst. 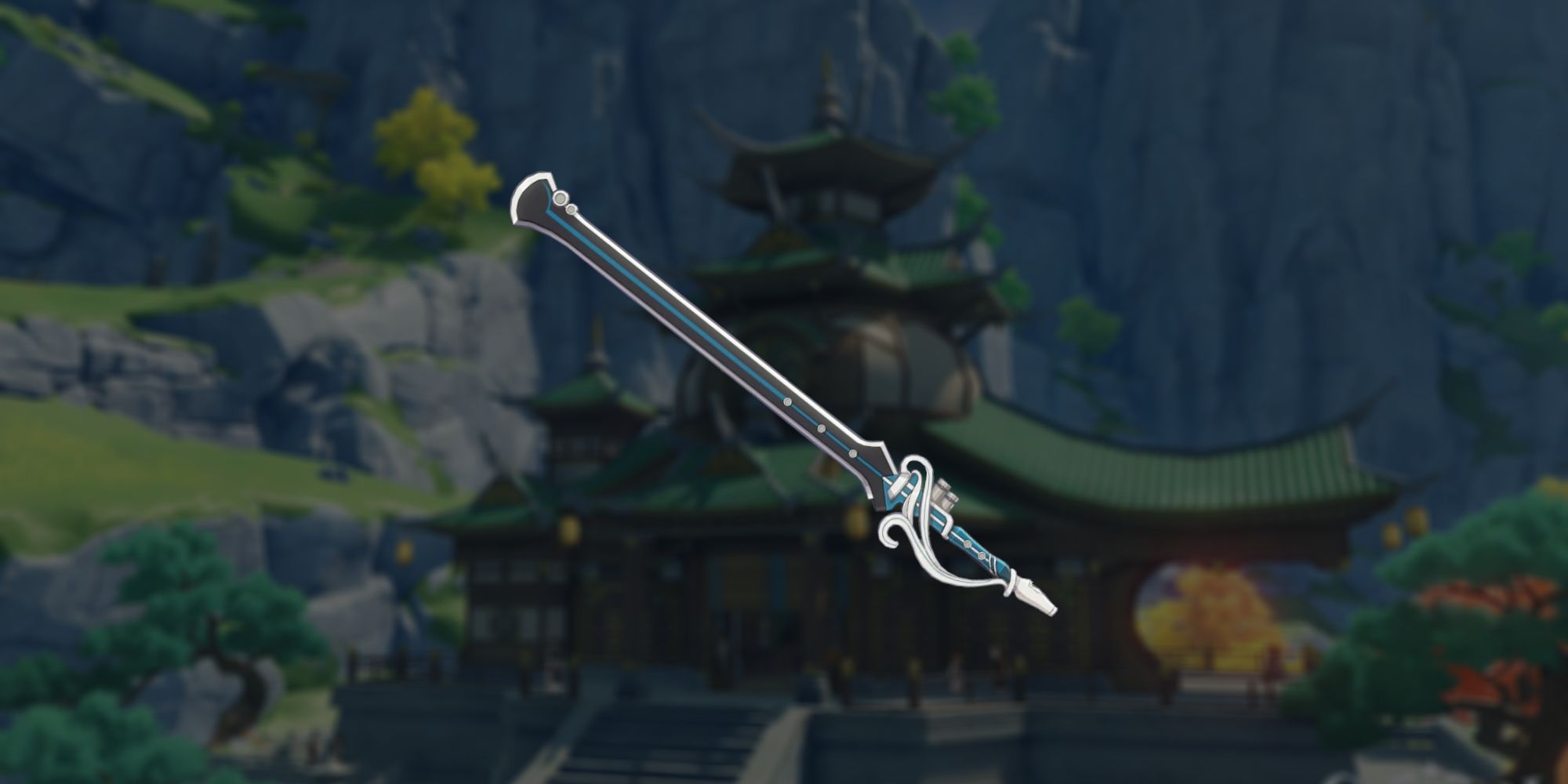 This weapon is similar to the Fillet Blade in that it has ATK% as a sub stat and provides a large damage bonus for the wielder. The main difference is that, rather than depending on chance, The Flute deals that extra damage depending on how many hits the wielder is able to get in. Once five blows have been landed, with a maximum of one blow adding to the count every half second, it deals 100 to 200 percent of ATK as damage to surrounding enemies, based on refinement rank.

The Flute is a four-star sword with solid base stats. With its boost to ATK upping Qiqi's healing and its refinement effect allowing her to output bonus damage, it is a great fit for this Cryo zombie. 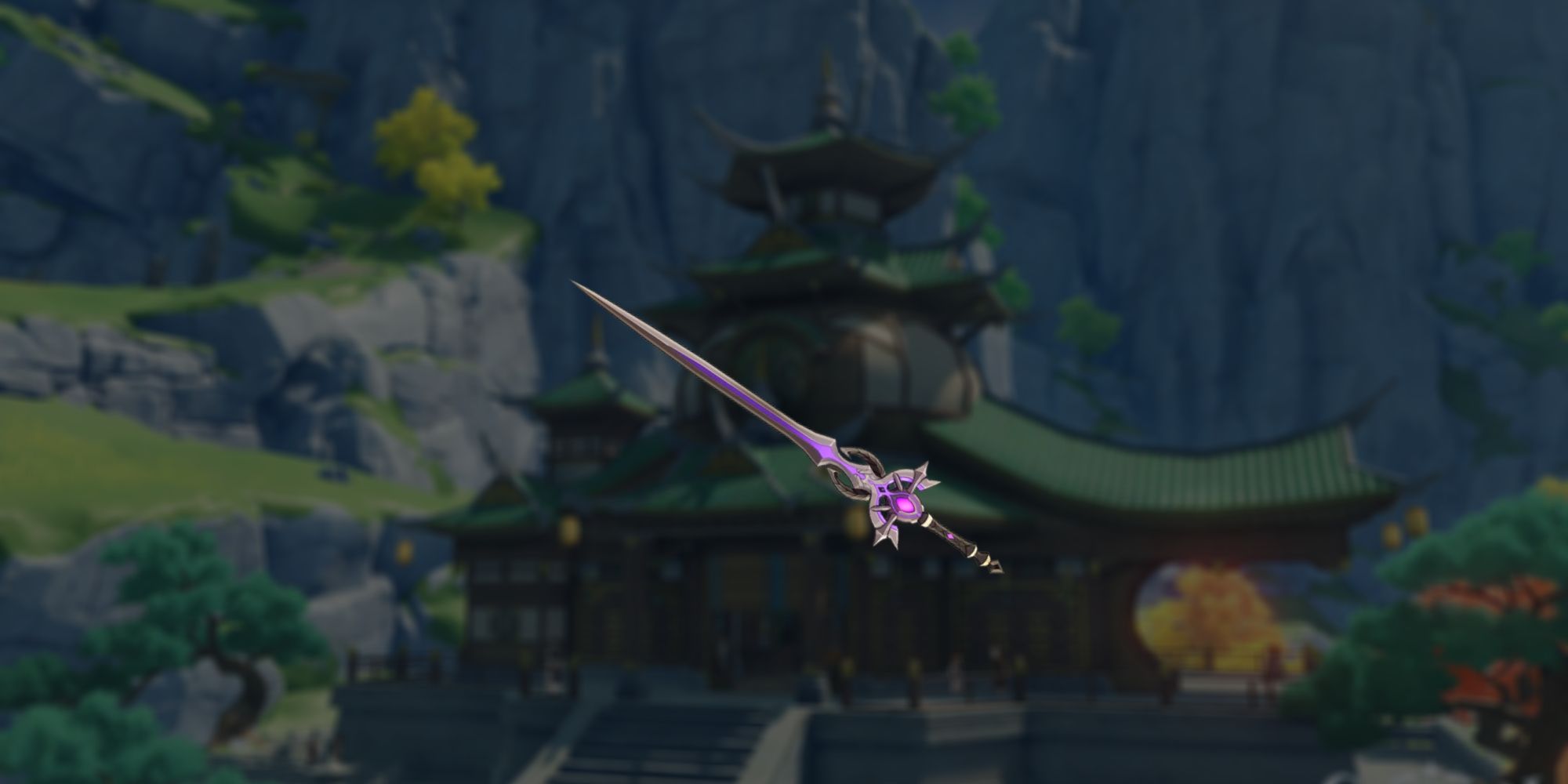 Obtainable through the Chalk Prince and the Dragon Event, this four-star sword improves energy recharge and increases both the damage and crit rate of the wielder's elemental skill.

The energy recharge sub-stat helps mitigate the amount of effort it takes to build Qiqi's costly elemental burst. Though her elemental skill has a long cooldown time of thirty seconds, it lasts a lengthy fifteen seconds and continuously deals Cryo damage during that time. Because of this, she can make use of this sword's elemental skill-based bonuses, dealing damage while also restoring teammates to full health. 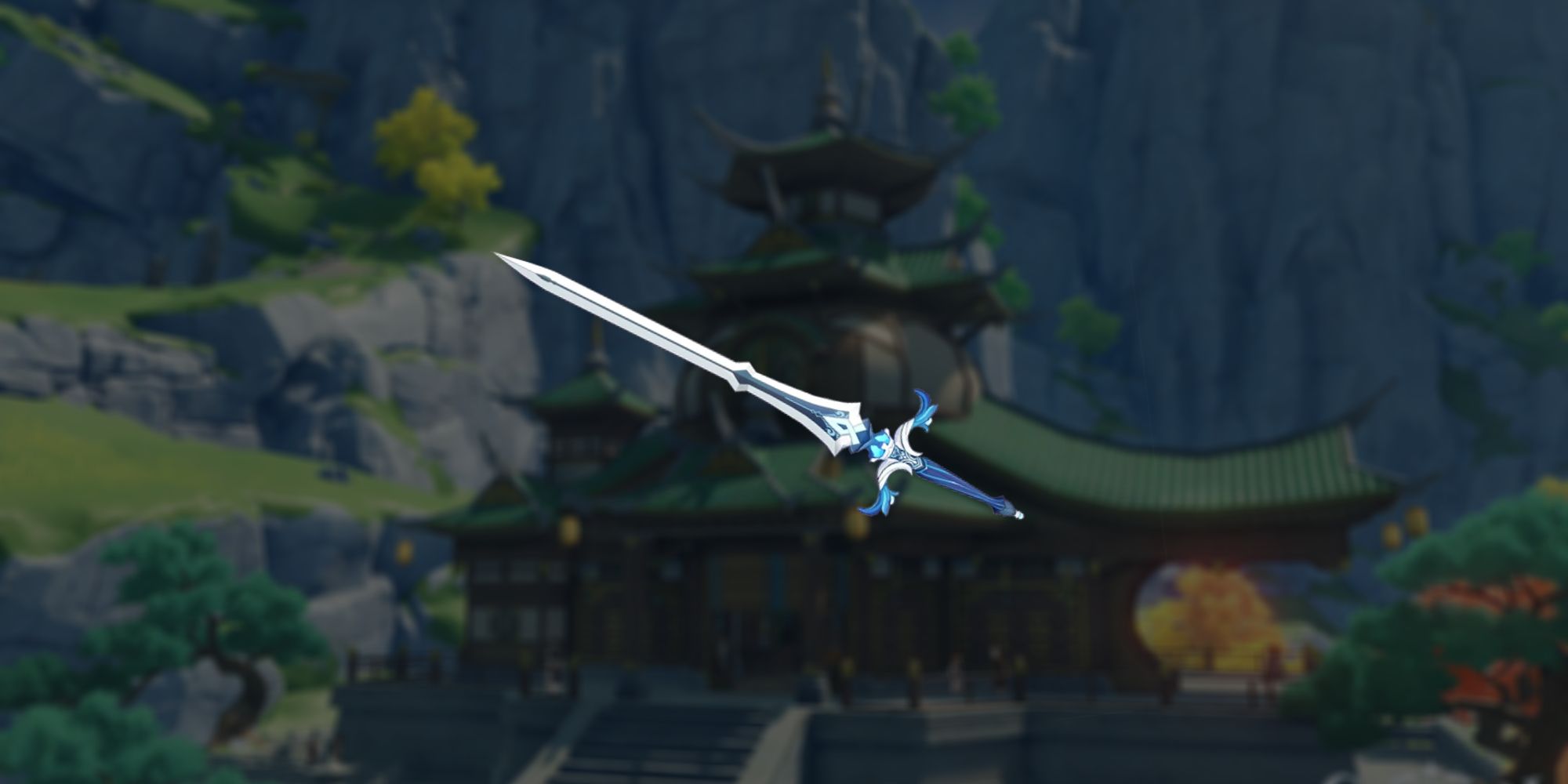 The Sacrificial Sword attacks the issues surrounding Qiqi's elemental skill and burst. Since its sub-stat is energy recharge, it dramatically increases how often she can cast her elemental burst. More impactful, perhaps, is this blade's refinement effect. When dealing damage with an elemental skill, this sword offers a forty to eighty percent chance of ending that skill's cooldown. Since Qiqi's cooldown is thirty seconds, this effect can be a lifesaver in the midst of combat.

Due to the Cryo energy dealt by her elemental skill, Qiqi is able to use this sword to gain an abundance of elemental particles. Coupled with the energy recharge boost that this four-star weapon's sub stat offers, this allows her to build her elemental burst at a record rate. 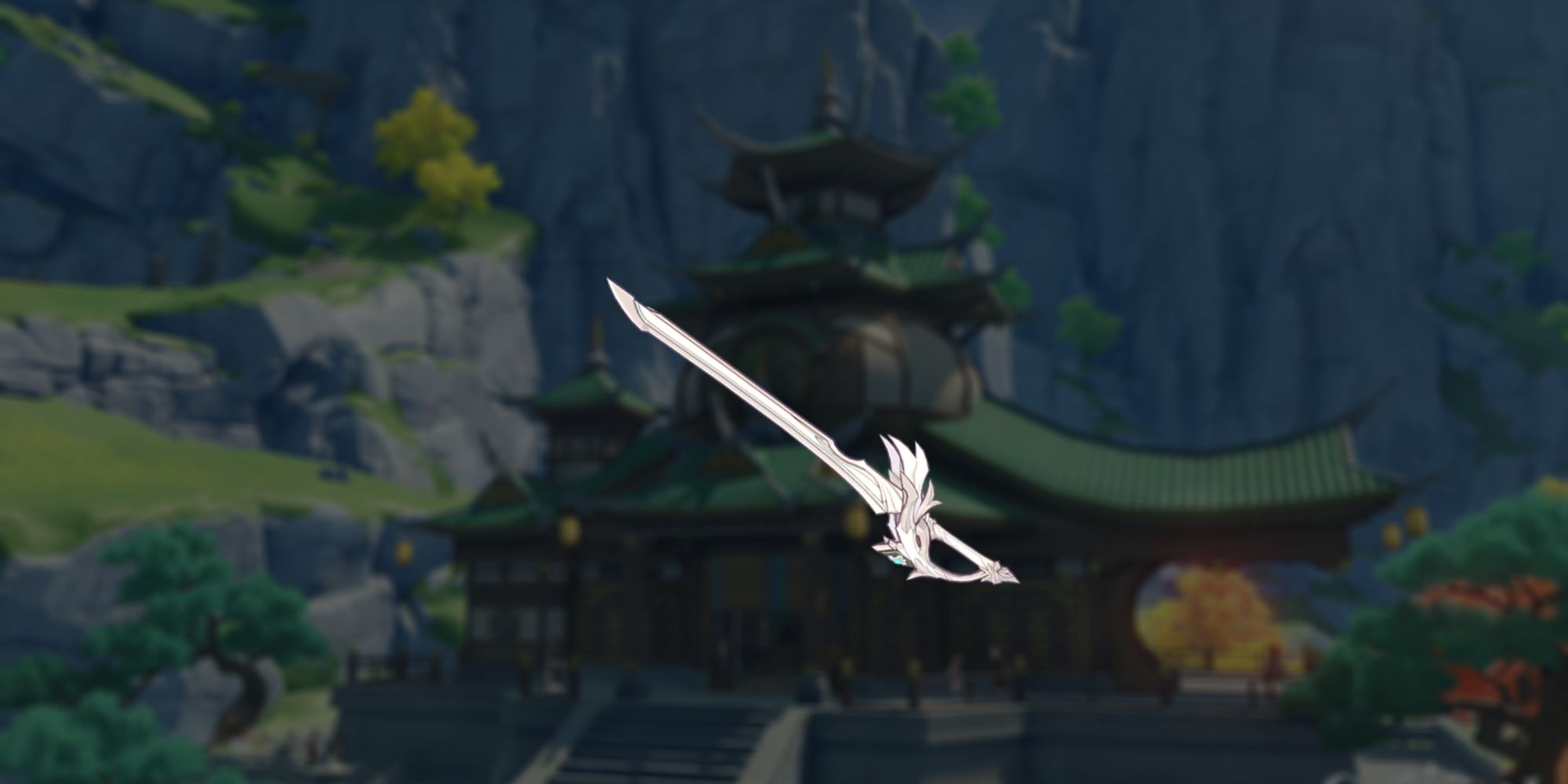 Though this five-star sword is known for its physical damage bonus sub stat, its refinement effect actually provides a decent increase to ATK. At refinement rank one, it increases the wielders attack stat by twenty percent, and at refinement rank five, that percentage is brought up to forty. It goes without saying that this benefits Qiqi and her ATK-scaling healing.

This weapon also has a unique mechanic to it which triggers when the wielder takes damage: It regenerates health and deals extra damage to surrounding opponents. The amount of HP recovered ranges from 100 percent to 160 percent of attack, and the amount of damage ranges from 200 to 320 percent of attack. In both cases, the exact number is dependent on the weapon's refinement rank. Even at rank one, though, these numbers are incredible and can turn the tides of a battle. This extra sustain and AoE damage gives Qiqi the ability to take out opponents and support her teammates without much risk of getting downed. 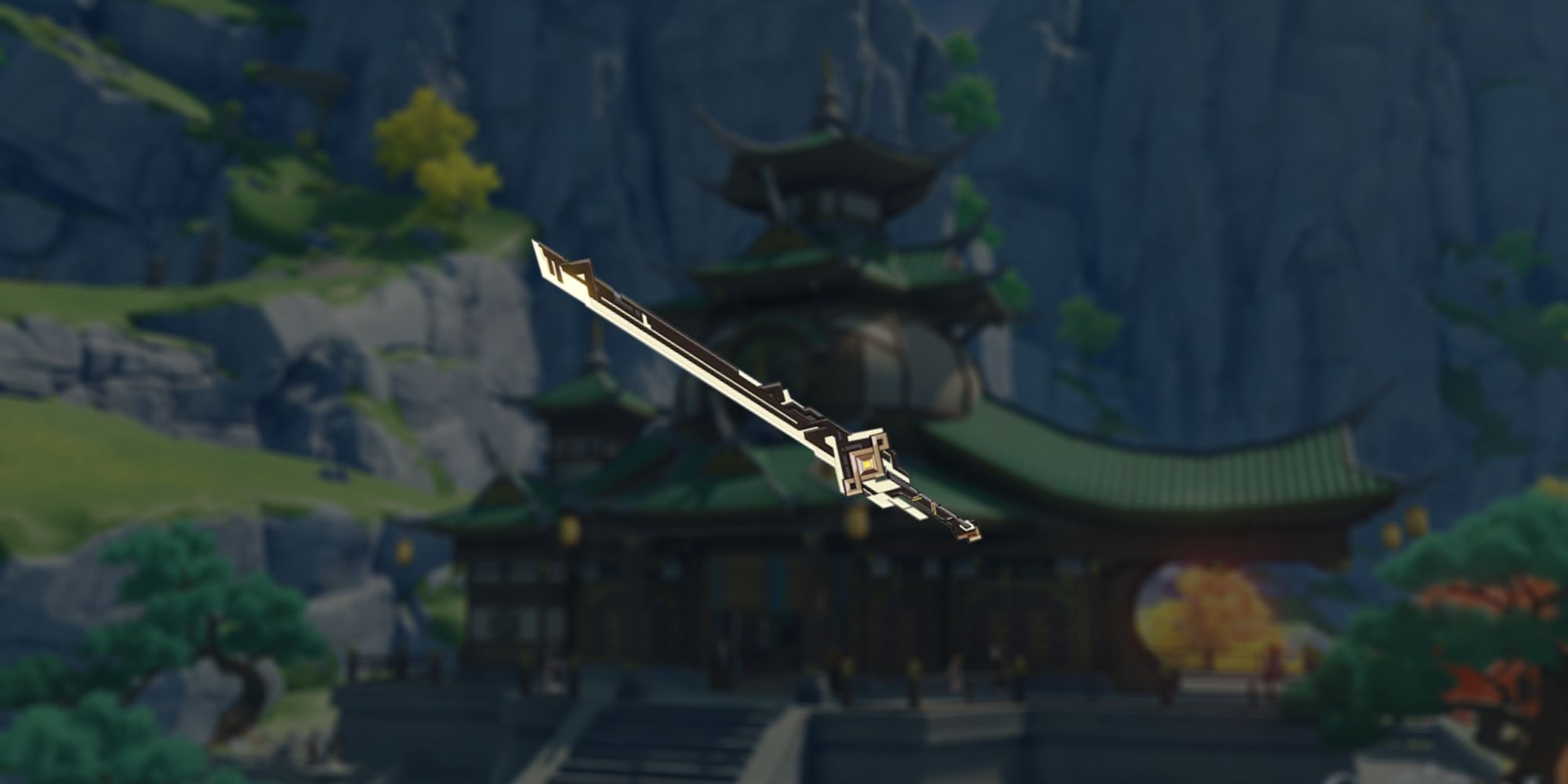 This five-star sword can be hard to obtain due to the fact that it is only available through weapon event wishes. Those who are fortunate enough to have it, though, are able to get great use out of it through Qiqi. Because its sub stat is ATK%, it drastically heightens her healing potential. It further increases her heals through its refinement effect, which ups ATK in increments of four to eight percent, depending on refinement rank. While protected by a shield, this ATK increase is brought up by 100 percent. Since these ATK increases stack up to five times, having a shield around Qiqi can apply a maximum eighty percent bonus to ATK through this blade's refinement effect.

Upon adding the damage increase offered through its sub stat at level ninety, that number is brought up to a massive 129.6 percent. Thanks to the fact Qiqi's heals scale off of ATK, this means that Qiqi can deal devastating damage with this weapon while also mass healing her team. The only downside to this sword is the fact that it is only being used to its fullest potential if at least one of Qiqi's teammates can consistently provide shields.