You are here:
Home / Genshin Impact: 6 Pro Tips For Playing As Faruzan

The amount of detail that Genshin Impact's developers put into every character is astounding. When a character's unique vision, weapon, and abilities come together, they give each character a specific play style that keeps the game fresh for the player base. It's the same for Faruzan, a beautifully designed four-star in the game.

Released alongside Wanderer in the Version 3.3 update for the first time, Faruzan has an Anemo vision and she uses a bow. Her skills are a direct buff to Anemo characters since they shred the opponent's Anemo RES and increase her party's Anemo DMG.

She Could Use A Shielder 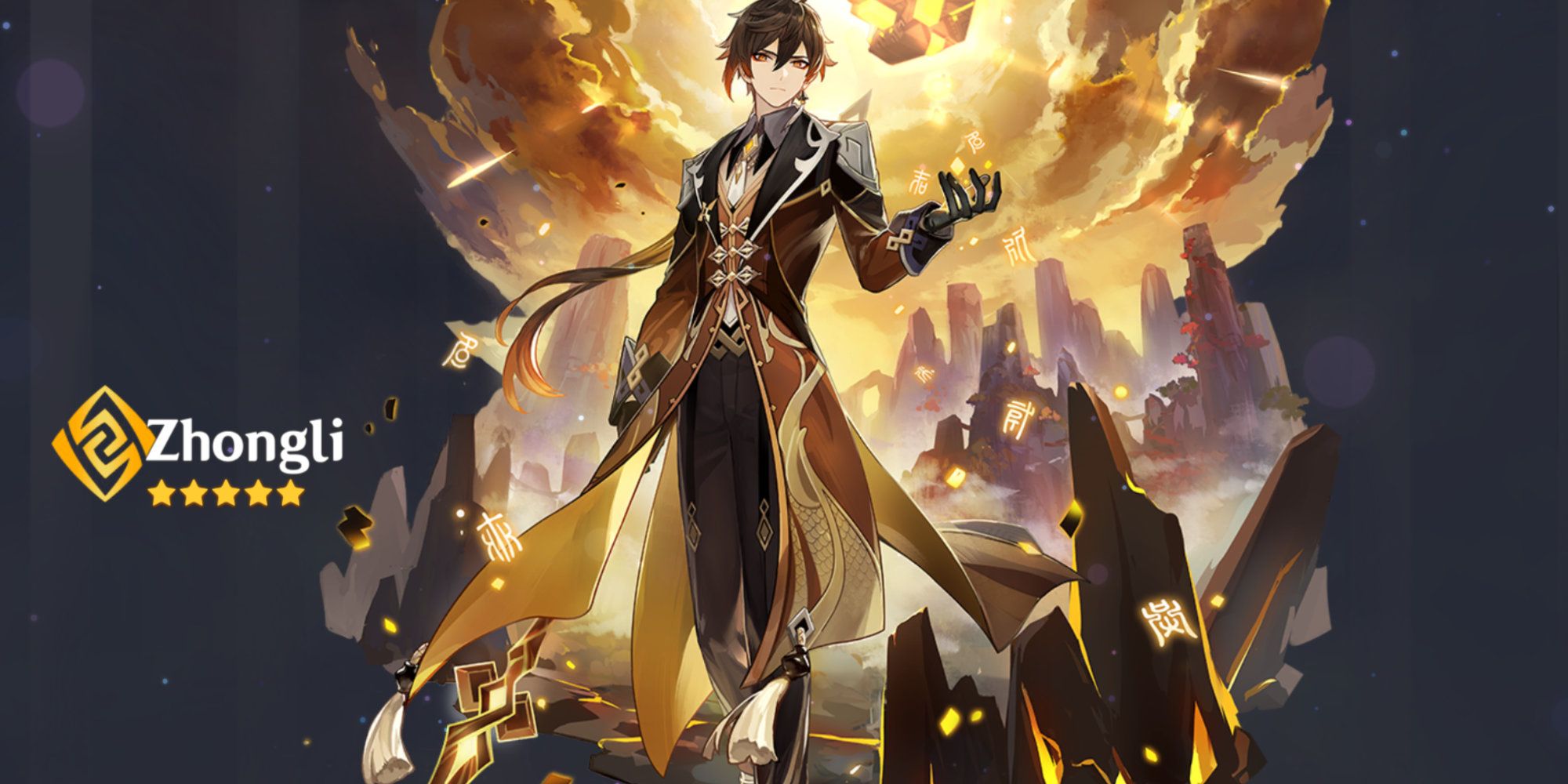 One of the main selling points for most bow-wielding characters is the fact that they can either divert an enemy's attention by using a taunt skill or fight at a long range where the opponents can't attack them. Unfortunately, neither of these is true for Faruzan since she has to stay close to the opponents and doesn't have a taunt.

Whenever you activate Faruzan's Elemental Skill, it only deals an instance of damage to the opponents that are right in front of her. If you have a bit of distance between yourself and the opponents, they won't take damage from this.

Moreover, you have to upgrade her Elemental Skill talent because the Pressurized Collapse formed after you hit an opponent with a charged attack is also considered Skill damage. To take full advantage of your Skill multipliers, it's best to use it when you're in melee range.

Since you have to be up in an opponent's face and this character is quite squishy, it's best to use a character that can provide her a shield. This will make your life easier when you're trying to play Faruzan because:

She is one of the few support characters who need to spend quite a lot of time on the field because of the time it takes to charge her shots. Moreover, you'll be thankful for having a shielder especially if you're planning to use her as one of your main DPS.

While Zhongli is one of the best characters with a shielding ability in the game, Diona can also be a good choice for her since you can shield yourself regularly with her Elemental Skill and trigger Cryo-based Swirl reaction with Faruzan's Skill and Burst. 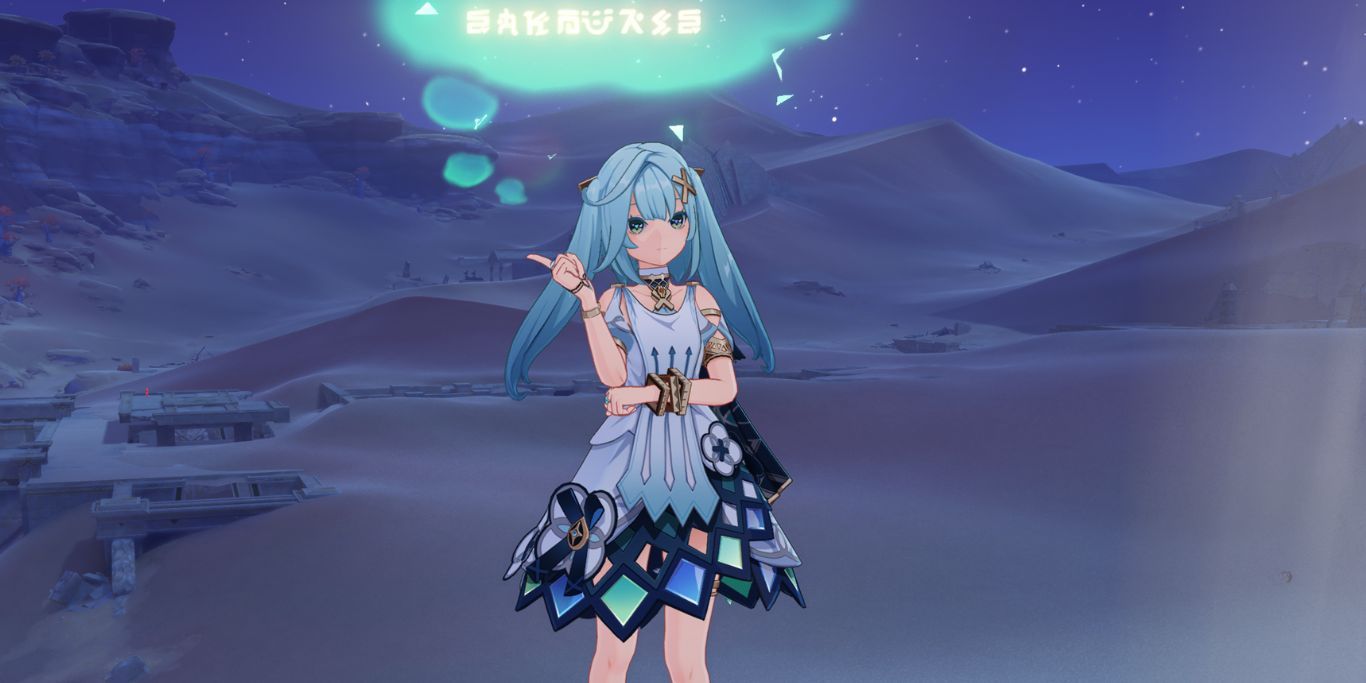 It seems like this character defies everything that's known about support characters in Genshin Impact. If you're planning to build Faruzan, you'll be committing a lot of resources to this character. This is because of a few reasons:

One of her passives increases your Anemo DMG based on your ATK (discussed below), but you also have to build a ton of Energy Recharge on her. This makes your artifact farming quite hard because you have to get very specific stats for her.

Even after all the painful farming, Faruzan is only a great support when it comes to Anemo characters, similar to Kujou Sara for Electro characters. You can't use her with hyper carries of any other Element unless you want to use her for Swirl specifically.

How To Solve Her Energy Recharge Problems 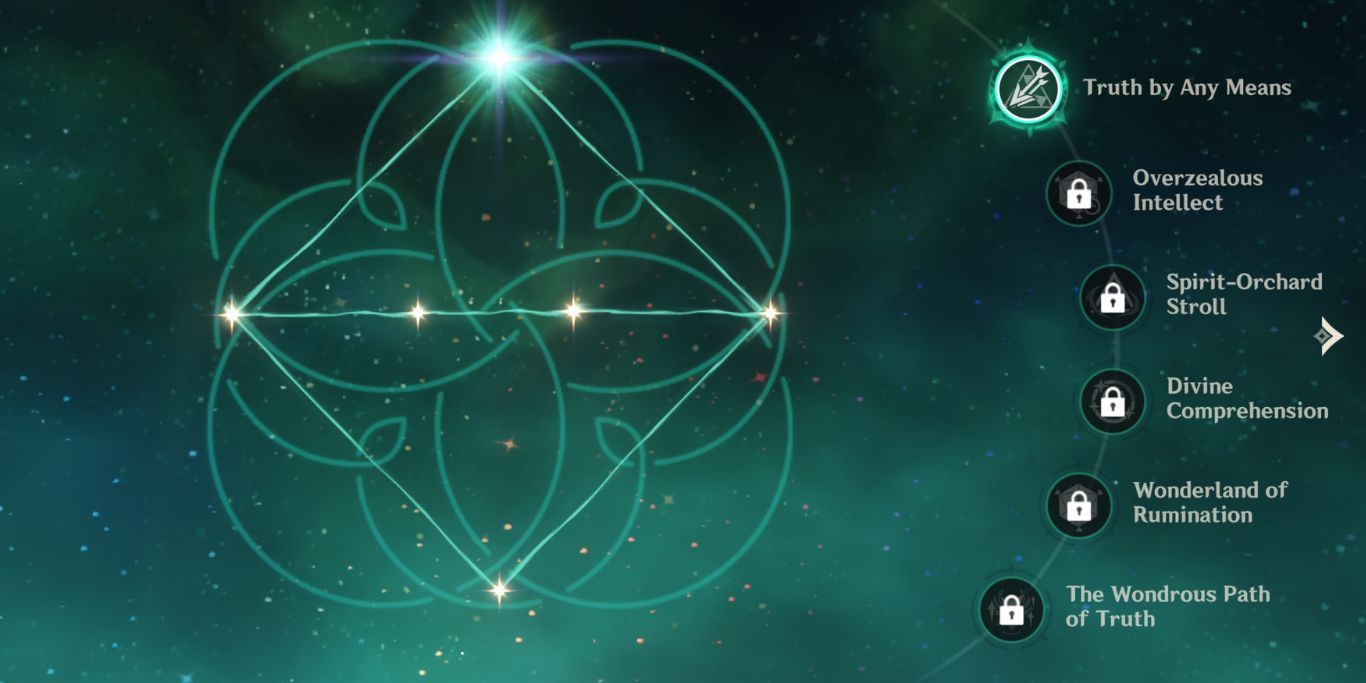 As mentioned above, Faruzan has some serious problems when it comes to getting enough Energy for her Burst, but there are a few ways to change that. Simply put, if you're building this character at zero constellations, you're going to need around 250-280 percent Energy Recharge to have a good uptime on her Burst.

Although, the situation changes as you start getting her constellations. Every character in Genshin Impact has a set of six constellations, and two of them just increase the level of their Elemental Skill and Burst. Two of the other four constellations for Faruzan are there just to solve this problem.

Her first constellations allow you to have two charged shots instead of one after using your Elemental Skill. And if you have her fourth constellation, you will regenerate extra energy based on the number of enemies hit by your Pressurized Collapse.

While her first constellation does give you double the particles, you have to use a little trick for this. If you use two charged shots one after the other, you won't get the particles from the second shot. This is because there's a little internal cooldown of five seconds to this particle generation.

This allows you to have a recurring cycle on Faruzan but you will have to switch to her every few seconds, which might not be good if you're pairing her with someone like Xiao who needs uninterrupted time on the field.

She Has Limited Team Members 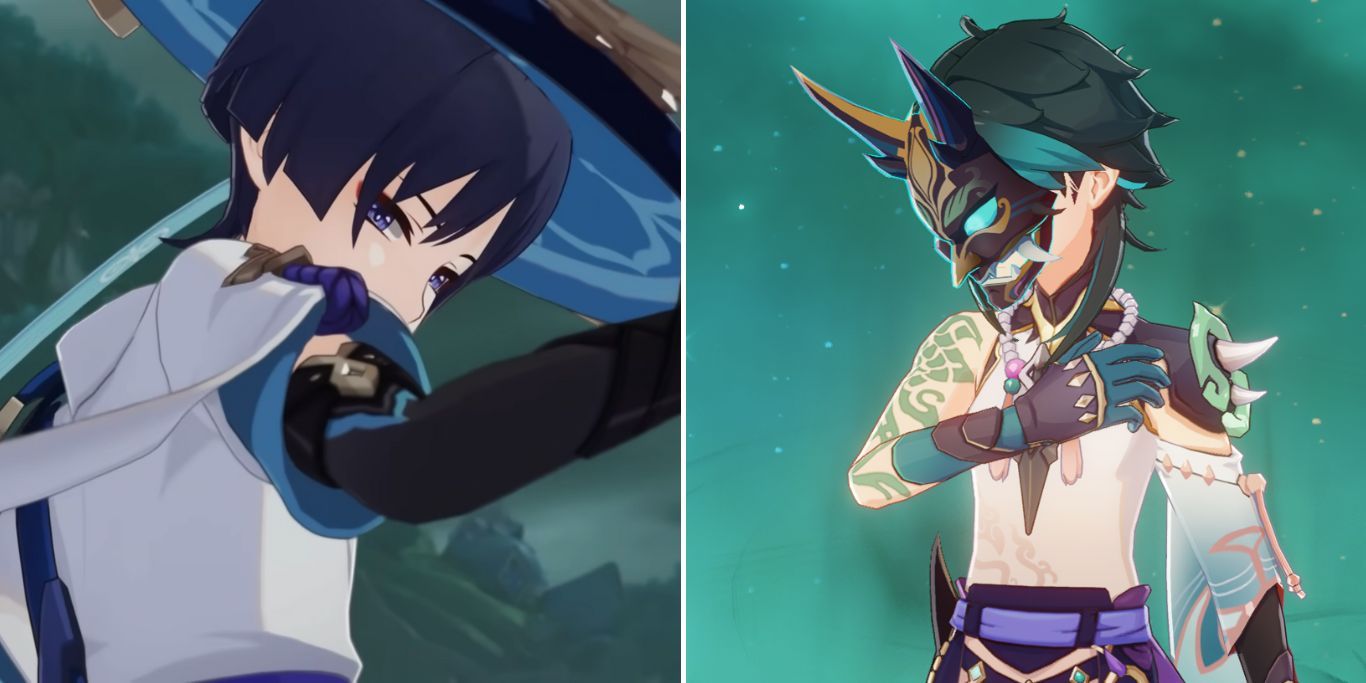 Every Element in Genshin Impact has one thing that it excels at, and it's the Swirl-based damage for Anemo. Along with the Viridescent Venerer artifact set, most Anemo characters are used to cause the Swirl reaction to decrease the opponent's RES to the Swirled element, and also trigger other reactions.

Keeping all of this in mind, it's quite hard to find team members for Faruzan who can be used as the main DPS on the field. For low-spending and free-to-play gamers, Wanderer and Xiao are the only choices since they deal a ton of Anemo DMG whenever they are on the field. Another great character to pair with her is Kaedehara Kazuha, but only if you have all of his constellations.

Apart from these three members, the only teams that can be used with Faruzan are reaction-based teams. Although, there are many Anemo characters that can perform better than her in these teams.

Her Passives Are Very Important 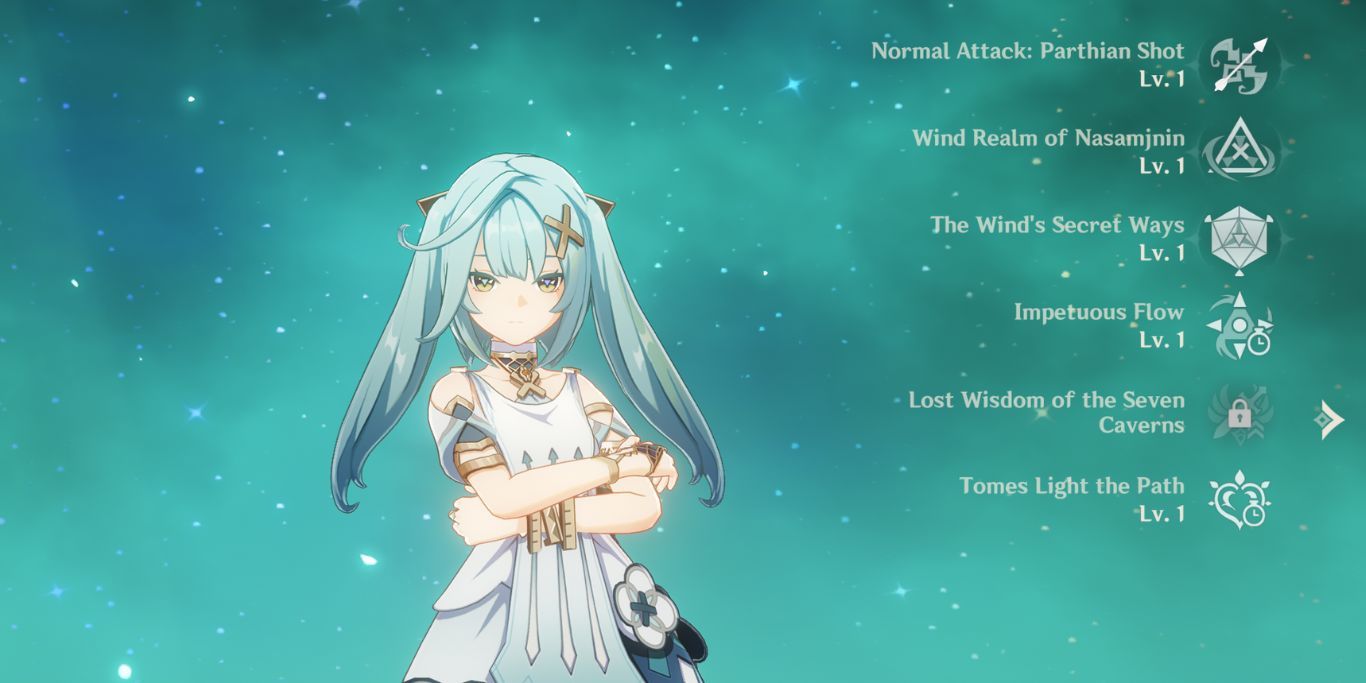 Given her Energy Recharge and resource investment problems, Faruzan's passives are extremely important when it comes to her effectiveness in combat. Here's what her combat-based passives do:

Both of these passives will increase her effectiveness and you wouldn't need to have her Burst all the time.

Best Four-Star Fowl Farmer Out There 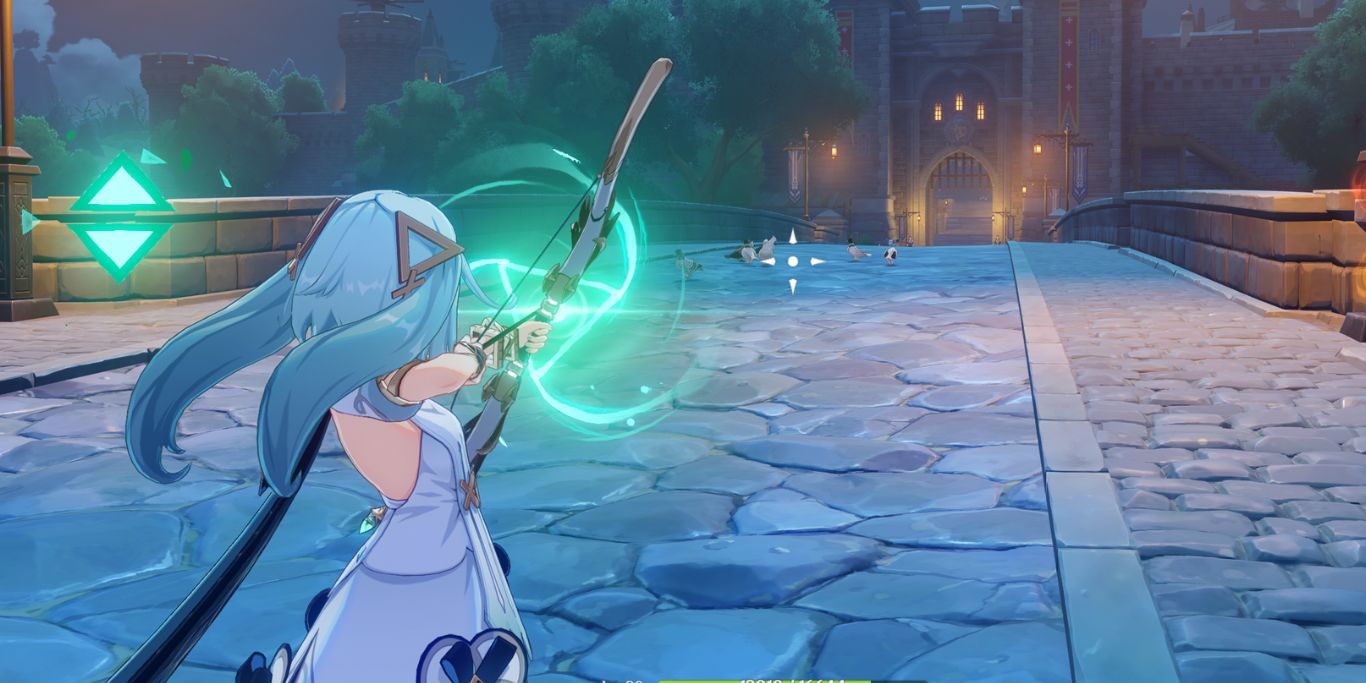 If you've met Timmie in Mondstadt, you're likely one of the people who love killing his birds. Even if you're not, Fowl farming can be one of the most annoying things in the game since the birds fly away as soon as you go near them. Even with an archer, you'll only get one of these birds unless you have Ganyu.

Faruzan resolves this issue as you can use the buffed charged attack after your Elemental Skill to get an entire group of birds. The Pressurized Collapse from her kit deals AoE damage that instantly kills all the animals that have low health.