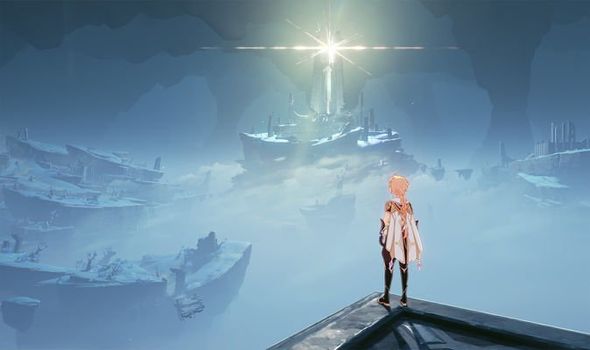 After holding its latest livestream event, developers Mihoyo have confirmed that Genshin Impact update 2.4 will be launching on January 5.

The latest expansion for the popular action RPG will include new areas to explore, characters to add to your team and special seasonal events.

One of the first things fans will encounter after downloading update 2.4 is the Lantern Rite event.

As the biggest annual festival in Liyue, the Lantern Rite is a time for people to gather together to honour their heroes and embrace the future with their best wishes.

On the day of the festival, the night sky of Liyue Harbor will be lit up with thousands of Xiao Lanterns released from every household, followed by a grand fireworks show.

A message from Mihoyo adds: “The bustling streets of Liyue will once again be lined with a variety of vendors and stalls, bringing a host of new festivities to those celebrating the holiday. You can try your hand at making sparkling fireworks or participate in the popular lantern riddle-guessing event.

“In addition to the grand celebrations, the Jade Chamber will also be given a new lease of life at this time. This magnificent airborne palace was destroyed to defeat the ancient god and sea monster Osial during the past Archon Quest.

“As Ningguang and many others are busy reconstructing the Jade Chamber, you can also pitch in to help retrieve lost items. Some can be salvaged with the Waverider, while others need to be retrieved from the Treasure Hoarders.

“You can hunt down elite Treasure Hoarders in their encampments, or intercept their transport balloons that are transferring supplies at sea.”

Mihoyo has also revealed that Banner for new characters Shenhe and Yun Jin, who will likely be paired with returning favourites.

Shenhe is a five-star character who wields the power of Cryo and a polearm. She can summon a Talisman Spirit and play the role of support.

The good news is that both Shenhe’s Elemental Skill and Elemental Burst can help her party deal increased Cryo damage, providing plenty of multiplier opportunities.

Meanwhile. Yun Jin will be the four-star character available to unlock alongside Shehe.

Yun Jin is a Geo polearm user designed to support players who favour Normal Attacks. Her Elemental Skill can shield herself and charge up for a more powerful strike, while her Elemental Burst will cause AoE Geo DMG and grant all nearby teammates a Flying Cloud Flag Formation.

Mihoyo has also confirmed that Shenhe and Yun Jin will be available in the first Event Wish, coinciding with Xiao‘s Event Wish.

Later in January, Zhongli and Ganyu will each have their own Event Wish that will be held in the later stage of Version 2.4.

Fans will also have the opportunity to unlock Yin Jin for free as part of the Lantern Rite event.

It should also be noted that new Genshin Impact Codes were released as part of the livestream but many of these will have expired by now.

They included the following Genshin Impact codes that could be redeemed: