You are here:
Home / Garrus Is Mass Effect’s Batman In All The Wrong Ways

Garrus Is Mass Effect’s Batman In All The Wrong Ways

I adore Mass Effect. I feel I need to get that out of the way, because criticism of Garrus is viewed as sacrilege within the Mass Effect community. While griping is common (a botched ending, half-baked adventure to the Andromeda galaxy, and abandoning the series to crash and burn with Anthem will do that to you), Garrus has always been insulated from it. Jacob and Kaidan are dull bores and therefore fair game, Miranda's corporate mommy energy is highly divisive, and everybody hates Kai Leng. Garrus, though, is sacred ground. It's a pity then that for most of the series he sucks.

Garrus in most of Mass Effect 2 and all of Mass Effect 3 is brilliant. This is not written to be bait because the things you hate are good and the things you love are bad and I'm so much smarter than you for saying so. Aside from the fact he ignores Thane, as practically everyone in Mass Effect 3 does, I might even say Garrus is Mass Effect 3's strongest character. Certainly, he best represents the sense of personal resolution the game tries to capture. There is no Shepard without Vakarian. But let's go back, back to the beginning.

Garrus in the first Mass Effect is garbage. It's not his fault; everyone apart from Wrex, Anderson, and Liara are poorly written by the standards of the series, and even they get better in the sequels. The game had no idea how to introduce characters, and replaying the game it’s jarring to see an experience so known for rich characterisation and narrative depth just have you walk past a random cop and have him say 'you son of a bitch, I'm in!' before suddenly being your thunder buddy for life. Garrus represents the turians, and a major problem with the first Mass Effect is that most of the characters are human or asari, meaning the other characters cannot be their own person, but need to embody the traits the writers want us to associate with their races. Garrus needs to be direct, dutiful, militaristic but not violent, and largely mirthless, because this is how the game wants us to view turians. 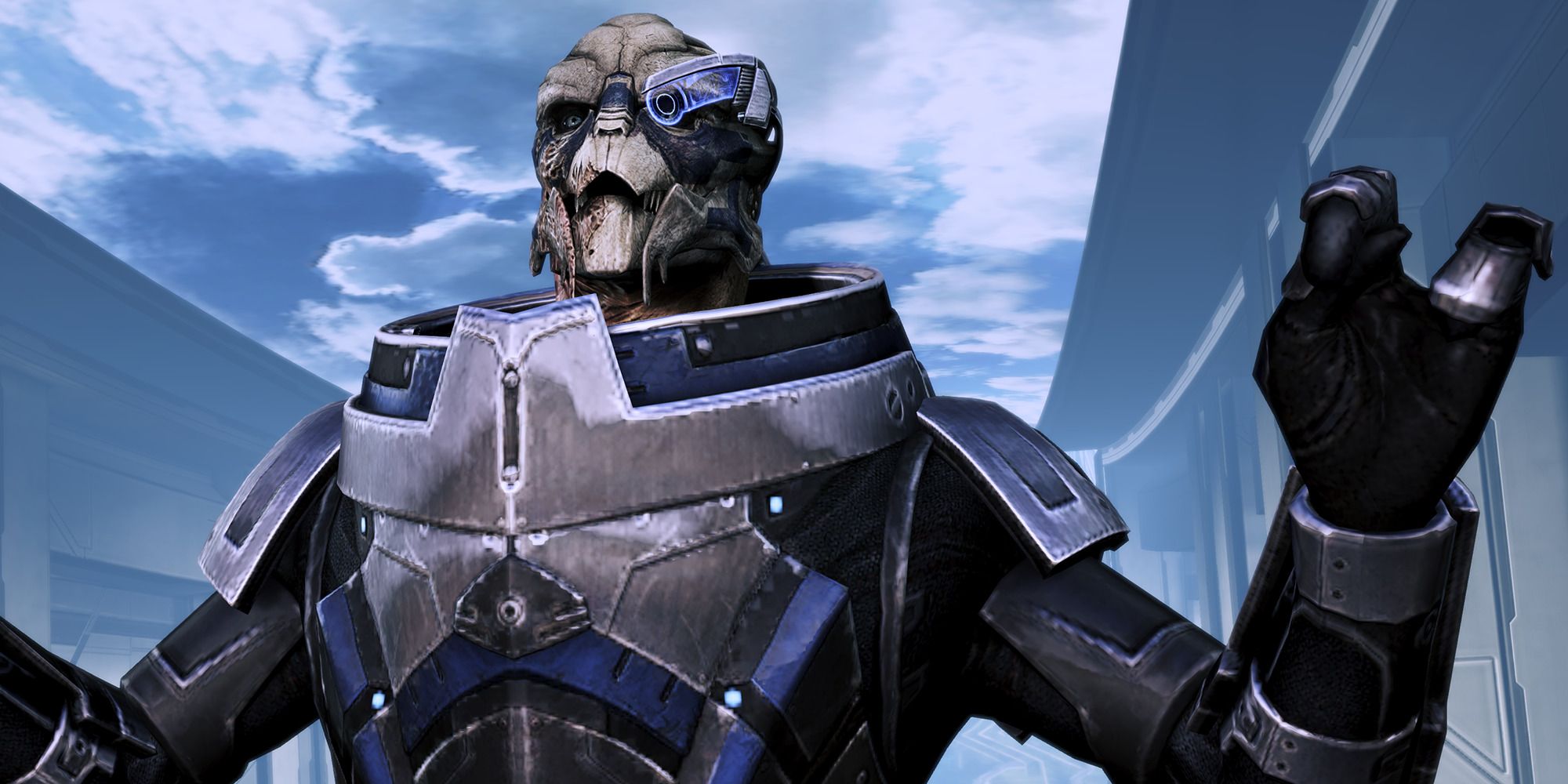 Liara, on the other hand, is surrounded by intelligent, scheming, sexualised, methodical asari, so she is able to play the doe-eyed naive schoolgirl. At 106, she's essentially a teenager in asari maturity, and immediately stands out as a fully rounded character (and weirdly vacuum packed in the Legendary Edition) who is allowed to be different from what we think the asari to be. Garrus is not afforded that privilege until Mass Effect 2, which is where we see a lot more of his personality shine through – especially if he is allowed to fall in love with Tali. Unfortunately, in the immortal words of Charlie Kelly, Garrus is a bastard man.

We meet Garrus when he is going by the name Archangel, living out his little Batman fantasy. Matt Reeves' recent Batman movie begins with Batman distributing justice at random, hoping to inspire fear into all the criminals of Gotham, watching crime rise endlessly despite his violent efforts. It's glib to say Bruce Wayne should give away all of his money instead of being Batman, but a core theme of the movie is that you fix society by, well, fixing it, not by enacting violent revenge on whoever you arbitrarily consider has crossed a line. This is not a lesson Garrus ever learns. 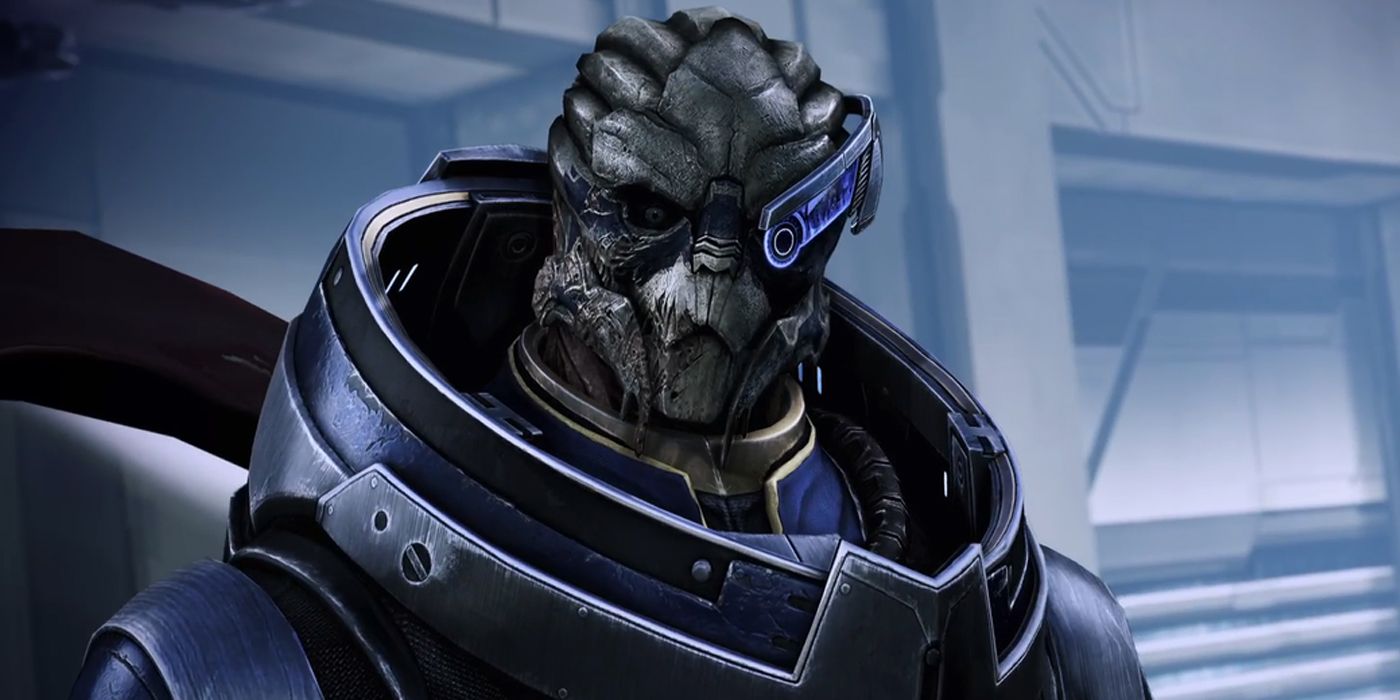 Garrus is based on Omega, which is a pretty solid twin city for Reeves' Gotham, with Aria as Penguin running the show from a nightclub, death and destruction everywhere you look, criminal gangs running amok, and one man who sees himself above it all ready to fix it through violence. Garrus' efforts have not made Omega any better. In fact, in his righteous retribution, he has only made things worse. We see stupid kids lining up to join the freshly glamorised gangs for a chance to be the one to take on Archangel.

Nearby, Mordin is running a backstreet surgery in the desperate hopes to provide healthcare to the poorest and least desirable citizens of Omega who have been left to rot. He is badly in need of assistance, particularly in the form of security and protection. This, of course, is less glamorous than putting on a rubber batsuit and telling people you're vengeance, so Garrus doesn't bother.

Garrus eventually finds a more righteous cause, and typically backs Shepard up when you offer mercy or logic over violence and revenge, and seems happier if you talk him out of gunning down his own crewmate over letting him take the shot. By Mass Effect 3, he has found a less self-obsessed way to use his skills for the sake of others, but the Garrus of the first half of his Mass Effect arc is not worth celebrating.