You are here:
Home / Garden Galaxy: All Animals You Can Collect

Garden Galaxy: All Animals You Can Collect

When building your own Garden Galaxy, there are so many objects to design and decorate with that it can be overwhelming at first. Some items cause visual effects, while others have loads of variations to personalize your garden. And no garden, whether wild or manicured, would be complete without some friendly animals to populate it.

Including the variations, there are a total of eight creatures that can cohabit whatever world you build for them, and there's no limit to how many you can spawn, so long as you can collect enough items. These animals can be found as six of the eleven coin collections, each with varying rarity, so good luck. 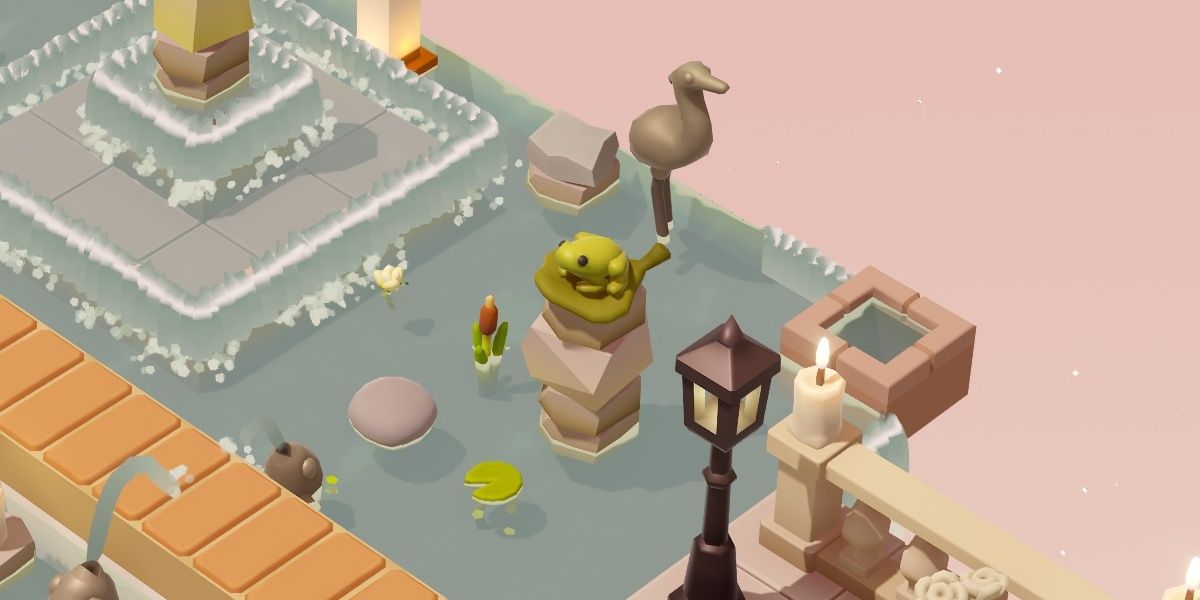 The Forest collection has two of the cutest animals in the game, a Frog and a Toad, variants of the same item. The Frog spawns when a small green leaf is placed, which specifies that this will attract a hoppy friend. This is different to the green Leaf which can be interacted with to cause leaves to fall across the screen.

The Toad will sit on its brown leaf when it's placed on a tile or other object. They behave the same and have a big range, being able to jump all over your garden and balance on top of your ornaments. Neither animal can swim, but can jump across items that are placed on the water. 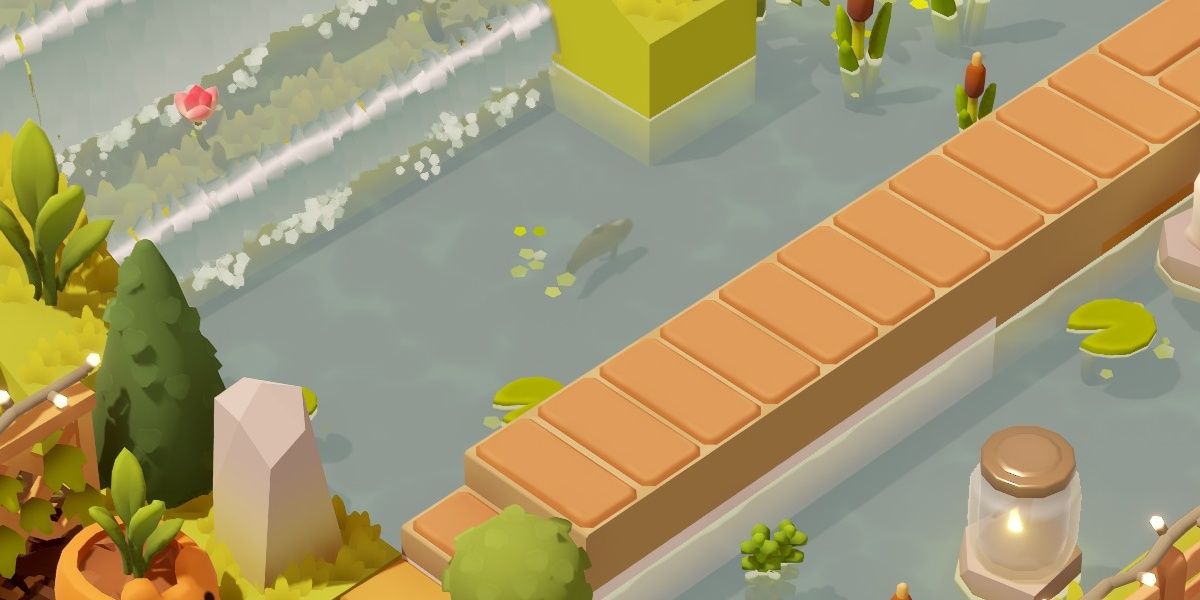 Two other animals that can turn up in your little galaxy are Big Fish and Small Fish. The item description specifies which size Fish it attracts, however no other fish can be seen in the water usually. The Fish will swim through all Water Tiles and underneath items placed on the water's surface. It can't swim up or down waterfalls, and so will be trapped if placed at the top.

The Big Fish variant spawns from green water weeds and shows a large black shadow moving beneath the surface, and sometimes it will glitch out of the side of a Water Tile. The Small Fish is attracted to orange water weeds, and is a slim golden Fish with the same behavior. Both come from the Water collection. 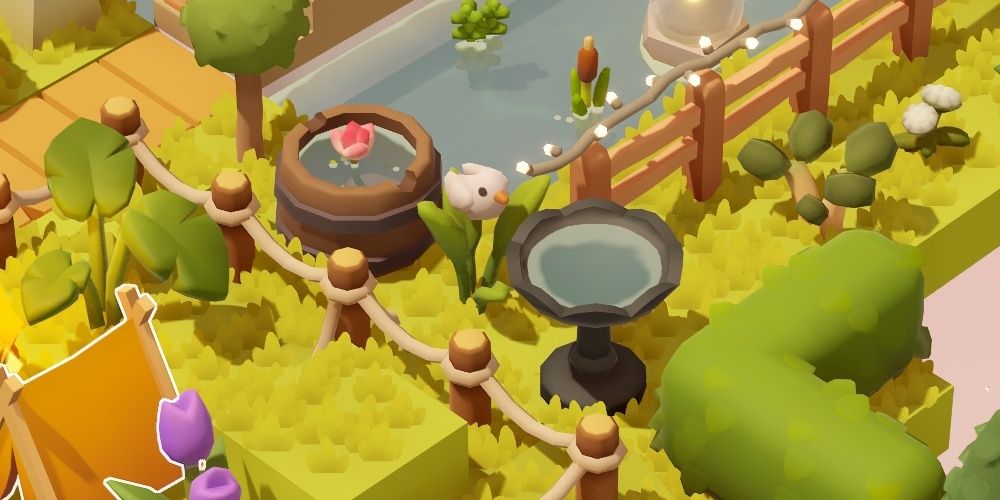 From the Classic collection comes the White Bird. This animal will fly around your garden, and has a pretty big range. The black Bird Bath attracts it, so it's centered around the item. By picking up and replacing any of these items, its respective animal will reappear on top of it and begin to wander off from that point again.

This is a relatively rare item from the Classic collection, requiring a lot of the dull, silver, medal-shaped coins to be traded in. The Piggy Bank shaped like a stone pillar is a great way to accumulate these coins quickly, and by placing other items from the Classic set onto Wooden Pedestals you'll reduce the variety of items you'll get traded back. 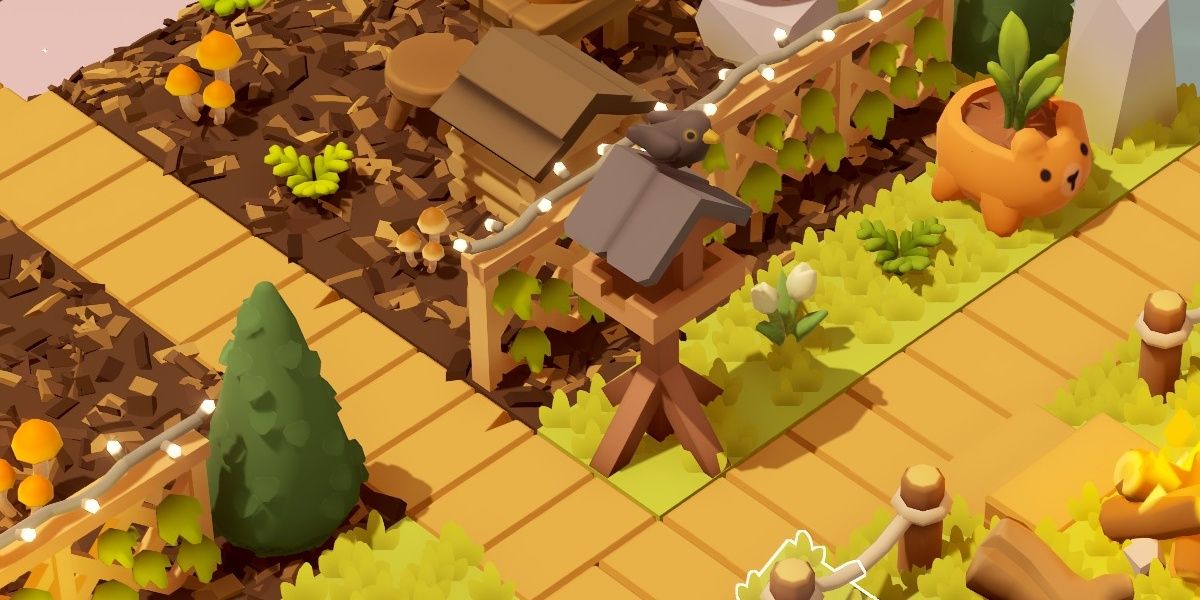 The second Bird available to collect in Garden Galaxy is the Black Bird. Unlike most item variables, this is an entirely different object from a different item set. You'll need to place the Birdhouse somewhere in your galaxy which will attract the Black Bird.

It behaves the same as the White Bird, hopping around and perching on top of other items or preening itself. The Birdhouse pairs particularly well with the Lawn item set, despite it being from the Forest collection. Forest Coins are green and leaf shaped. 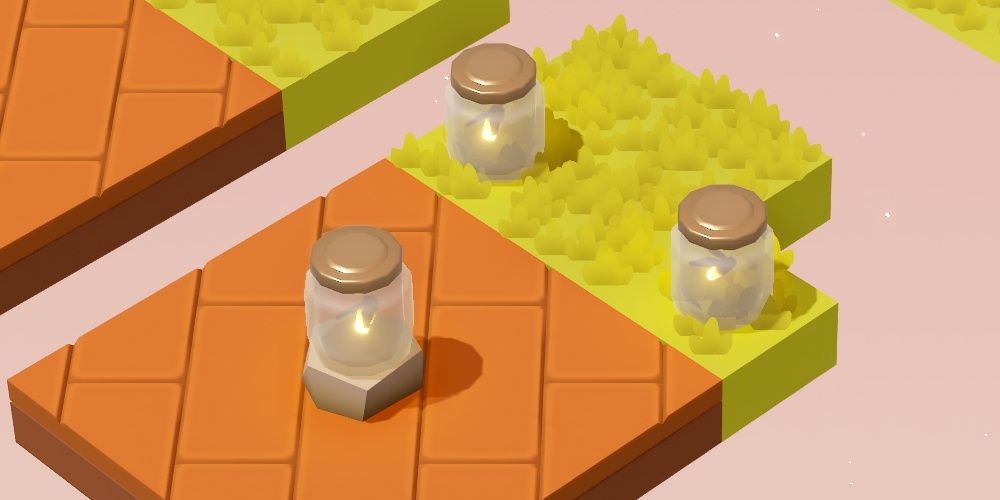 Despite being part of one of the rarest item sets, Firefly Jars are one of the more common prizes when trading in Curio coins. These are the black star shaped coins that don't often get tipped. To collect more of them, keep any black cauldron Piggy Banks that the trader spits out. Any coins you save in them will add up to the value of ten Curio coins eventually.

The Firefly Jars can be interacted with, turning the Firefly glow on or off. The bug will dance around inside its Jar, and looks beautiful when placed on Stepping Stones in the water, and especially during nighttime. 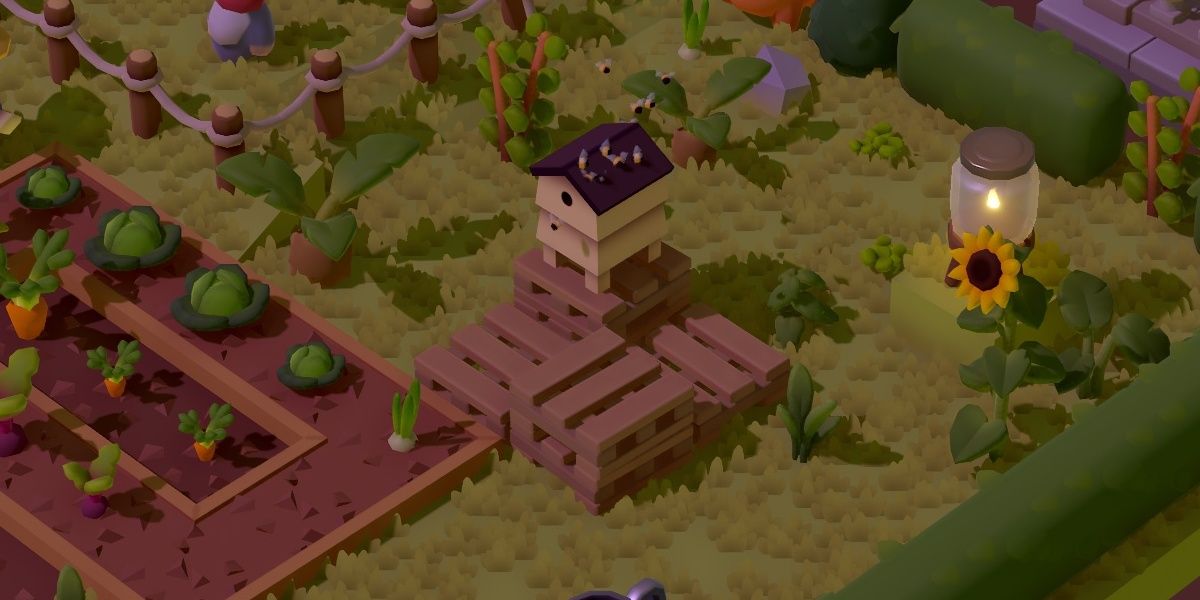 The perfect addition to any kitchen garden or farmyard scene is a cute house full of little bees. Once placed, this Bee Hive item will spawn a cloud of bees which hover around it. They won't visit any of your flowers or make any noise though. You could even devote the entire galaxy to honey production and flower gardens for the hard workers. This item is pretty rare, and its coin set is difficult to come by without the carrot shaped Piggy Bank.

You will need to get very lucky when trading Farm Coins, orange triangles, and if you want to set up a whole field of Bee Hives then it's recommended you use Stone Pedestals to increase your chances, while setting out Wooden Pedestals to make sure you don't get any other Farm items.