You are here:
Home / Games With The Best Dodge Rolls

Games With The Best Dodge Rolls

If there is one thing that helps make a video game character feel good, it is the ability to move through attacks in an invincible state. This isn't a new mechanic by any means, but it has certainly become more popular than ever in the last decade or so.

So what makes a great dodge roll? Well, feedback is definitely an important part of this move. Does it feel good to do? Utility is another important aspect of a great dodge roll. Does it help you in a fundamental way? If the answer to these questions is a resounding "yes", then you are cooking with gas. 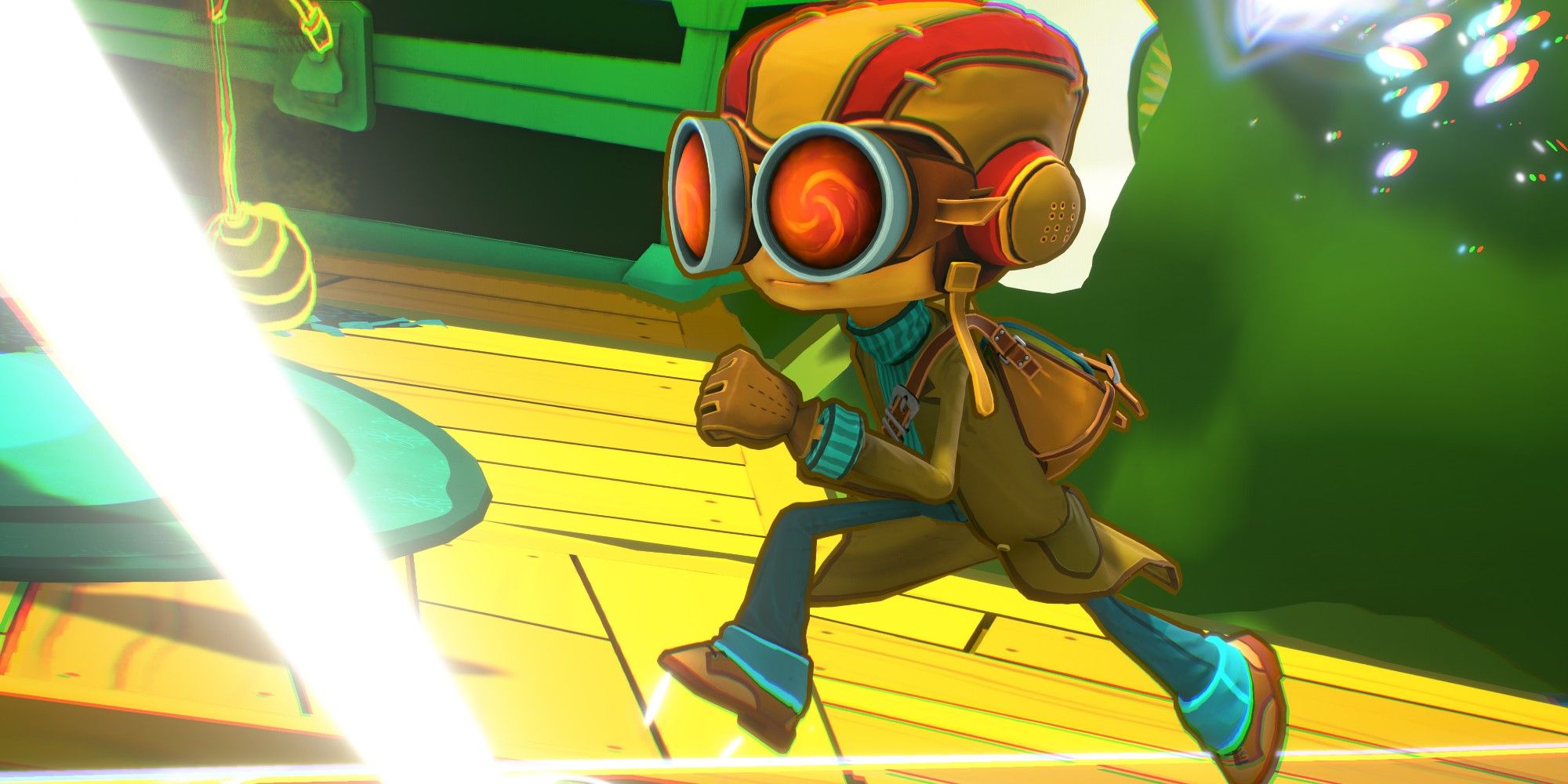 In another life, Raz was a tumbler. So, it only makes sense that he would have a very acrobatic and fast dodge roll. Psychonauts 2 really emphasizes fluidity and agility in its combat; that means the dodge roll is more important than ever.

Interestingly, you are vulnerable for a frame or two at the beginning of the roll; however, this is a quirk you will quickly adjust to. Beyond that, it is fast and moves you far away. There is also an upgrade for the dodge roll that turns it into an attack. Needless to say, this is a super cool, dynamic variation of a classic mechanic. 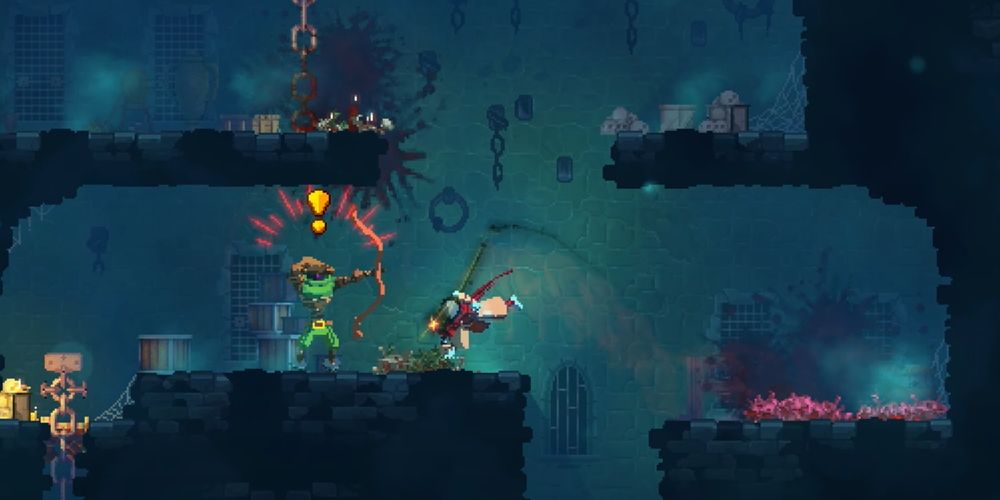 A number of 2D games have emerged in recent years that give you a dodge roll. What helps Dead Cells stand out is how brutal the damage output can be, which means that the stakes are always oh-so high.

One mistimed dodge could very well equal your death (especially against some bosses). On the flip side, a well-timed dodge roll will often lead to large damage-dealing opportunities. It is the Souls formula translated brilliantly into the two-dimensional world. 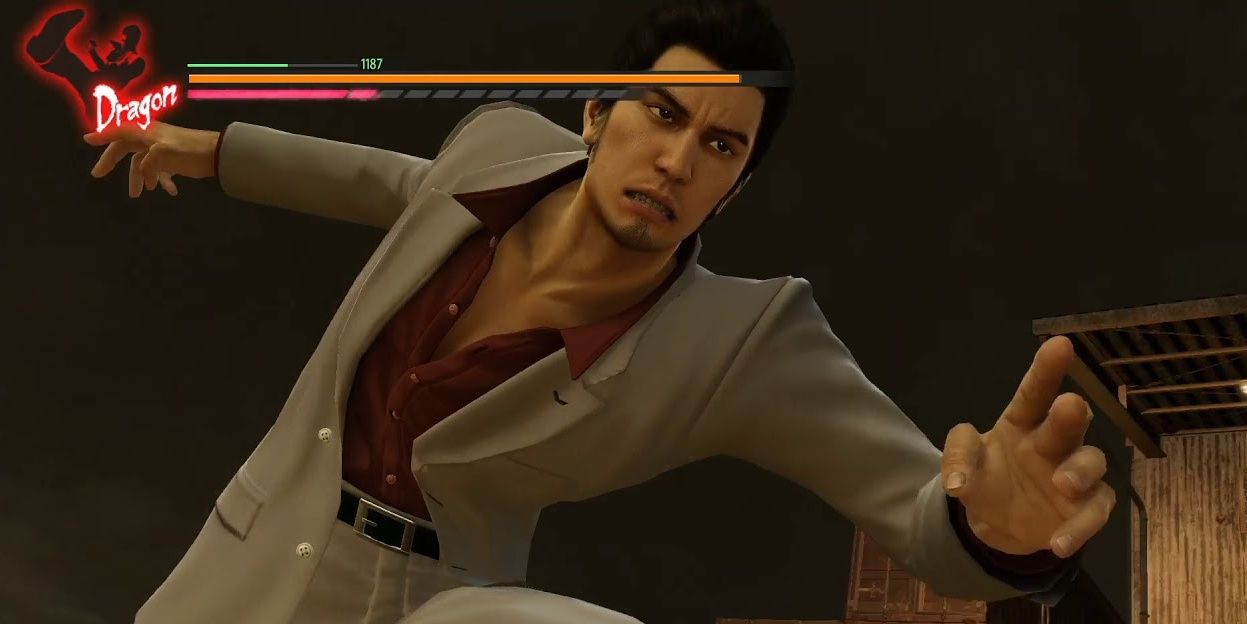 While you start with a dash in the Yakuza games with some invincible properties, you will eventually level up said dash until it becomes a full-on dodge roll. It is hard to emphasize the night and day difference between the first piddly dodge Kazuma starts with and his fully upgraded dodge that ends with the roll.

Once your dodge is fully upgraded you can cover a huge distance in the blink of an eye. Better yet, you can create distance between you and gangs of attackers. Trying to approach the late-game gun users would be a living nightmare without this technique. That progression really helps you understand the importance of a good dodge roll. 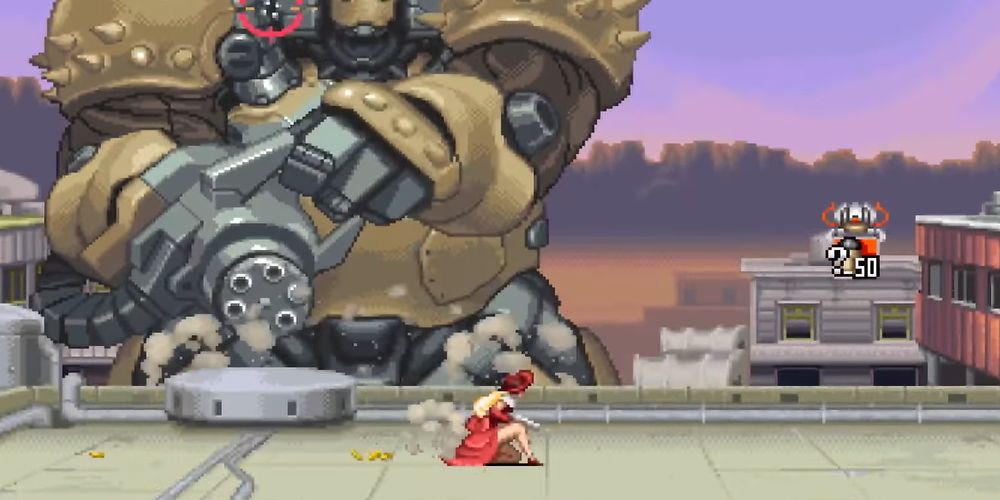 Wild Guns is a game that is often played by holding your ground (pretty on target for an old west-themed title). However, it can quickly turn into a bullet-hell shooter. Thankfully, when that happens, you have an excellent dodge roll with some generous invincibility frames.

One of the best things about the roll in this game is that it has a relatively long recovery, so every roll has to be well-used. And Wild Guns is a game where a single bullet will kill you, which raises the stakes dramatically. Wild Guns shows that a dodge roll with clear strengths and weaknesses can make for an extremely memorable addition to your fast-paced action game's combat. 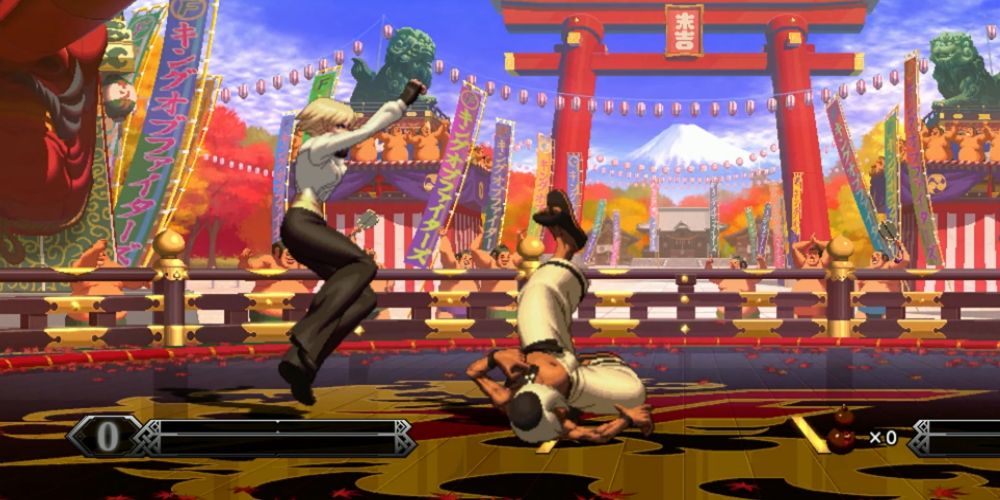 In fighting games, one of the things people need to be the most worried about is the dreaded projectile. Who here has not heard infuriated accusations of "fireball spam" (or maybe even been the one to make said accusation)? Well, SNK has an answer to the problem that is the suffocating fireball: the dodge roll.

Yes, a standard feature of these games is having access to an invincible dodge roll which can help you sail right past a fireball. This really helps liven up the gameplay, as it can allow characters to approach powerful zoners (a type of character who is effective at a long-range). Though, one must be careful about being too predictable, as these can still be thrown. 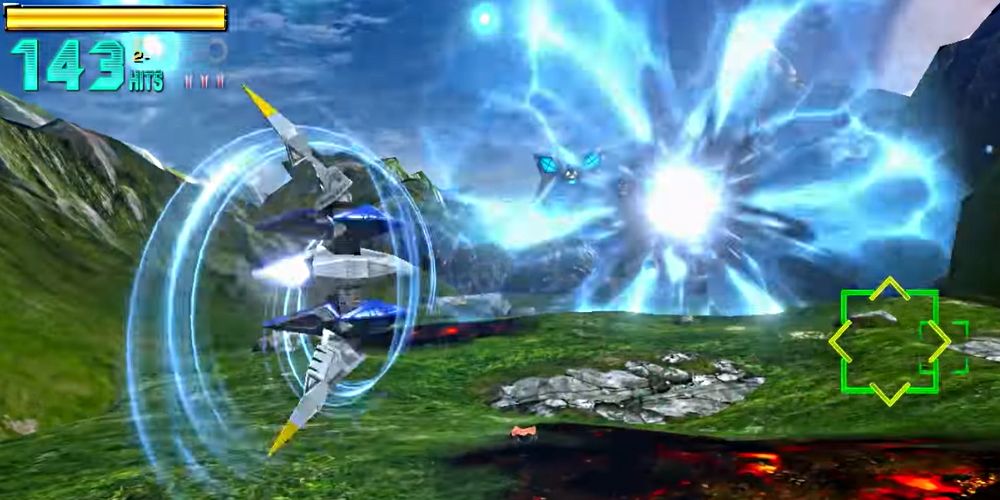 Don't even start with us about this one: when doing a barrel roll, you are both dodging attacks and rolling, so it counts. This is an absolutely iconic dodge roll. However, it isn't just a meme, the barrel roll will straight up deflect your enemy's energy blasts. This is, by far, one of the most satisfying mechanics in the game.

Just watch out, unlike your typical dodge roll you won't be invincible and will take damage if you collide with objects. As a fun side note, you aren't actually performing a barrel roll, you are doing an Aileron Roll, but that doesn't have the same ring to it, does it? 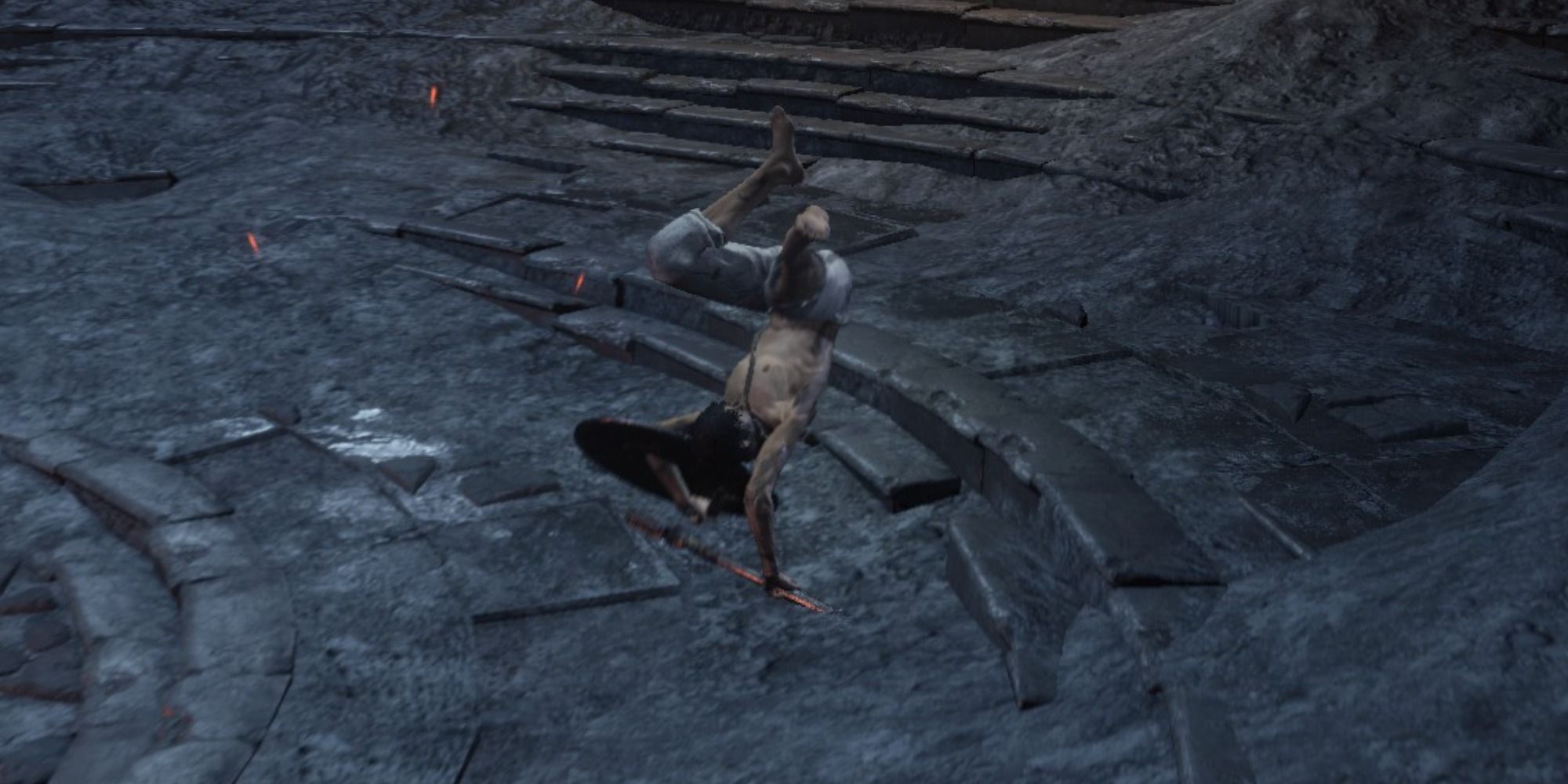 This is a series that definitely could not be ignored. The modern era of dodge rolls was absolutely brought on by From Software’s, Souls titles. And these rolls are, in fact, the bulk of the game. Some may say that the most potent attack in Dark Souls is one of the magic attacks, and some of those can be incredibly formidable, but it is the dodge roll that keeps you alive.

It is the dodge roll that gives you the opportunities to land your attacks as well. It's so important in these games that one of the most vital things to consider when equipping new armor is how it will affect your roll. Being able to take another hit is nice, but not if it comes at the cost of your speedy, invincible, roll. 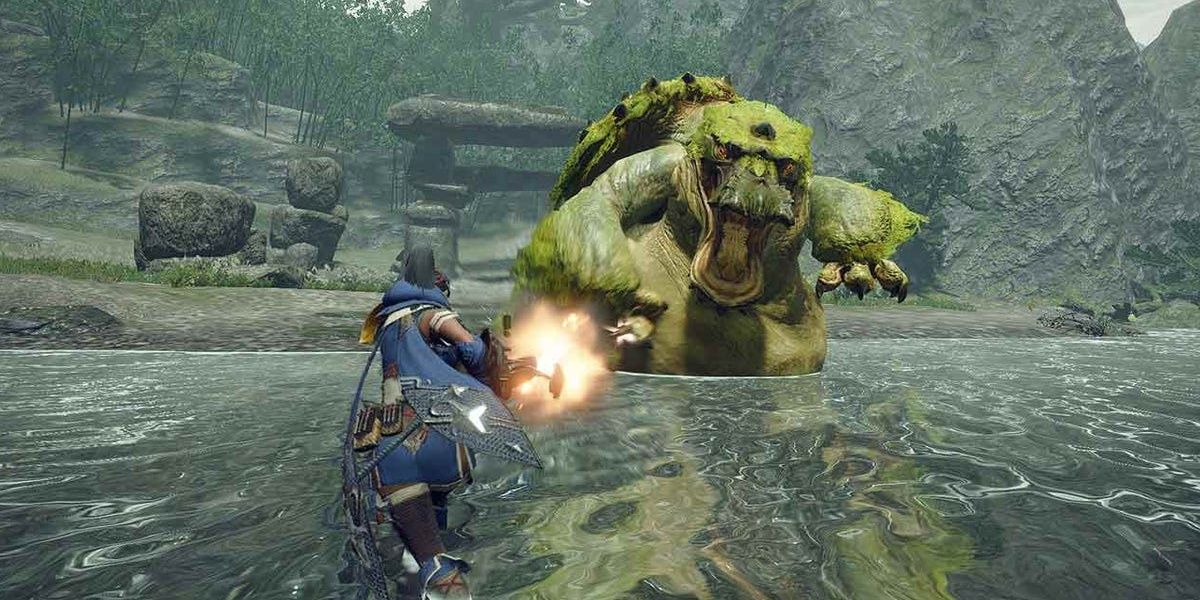 Look, no one plays the Monster Hunter games because of how fluid and nimble your characters feel. These games have heft to them. And that includes the big, chunky roll. However, in a game where you are fighting against giant, fearsome monsters, many of which are shockingly fast, you need every single evasive maneuver at your disposal.

That is what makes this roll stand out. It is not the most invincible, and it certainly isn't the quickest, but it is the best you’ve got, and you need to make it work. Which, ultimately, can make it feel extraordinarily clutch. Basically, this is a dodge roll that encourages mastery, and when you do, it feels extremely satisfying. 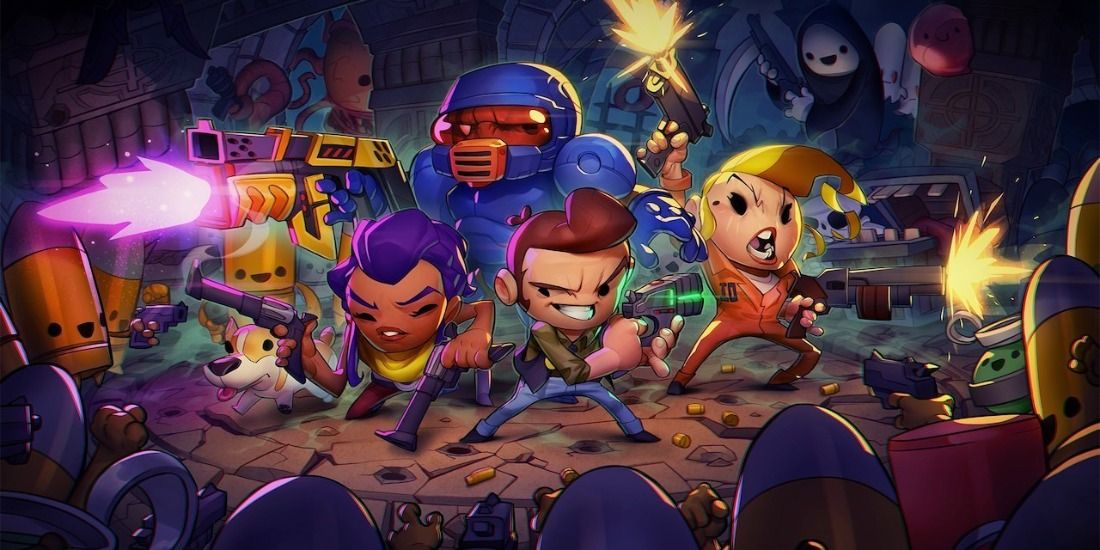 It probably shouldn't be a surprise that the game developed by Dodge Roll has an amazing dodge roll (yes, that sentence is confusing). This is a dodge roll that does it all. If you dodge into an enemy, you will headbutt them, causing a small amount of damage and knocking them back a little.

You can dodge roll-over pits. If you dodge roll over a table that hasn't been kicked over, you will slide across the surface. It is an incredibly potent tool in a game where you are constantly contending with rooms filled with bullets. Enter The Gungeon has one of the most versatile dodge rolls ever, and it is an example of how much further the mechanic can, and should, be taken. 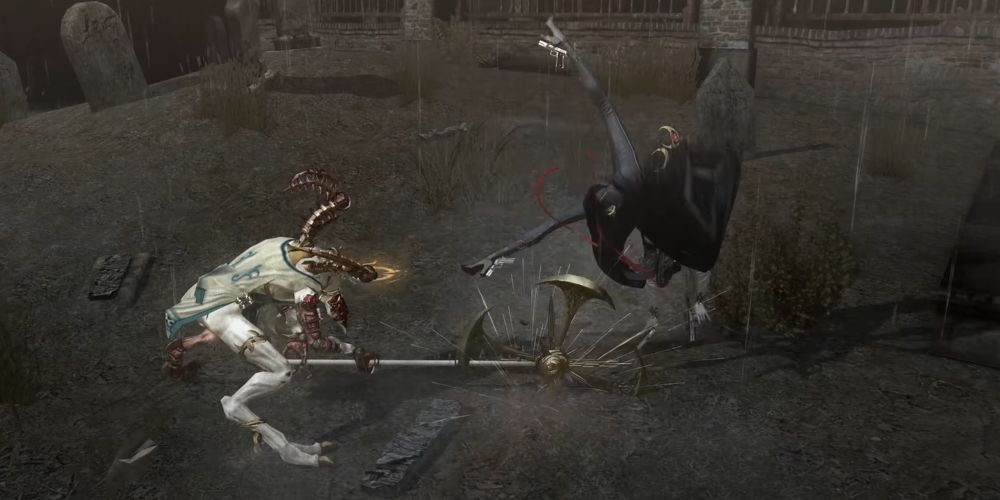 Devil May Cry always had some pretty fantastic evasive options. So, it doesn't come as a surprise that when the Devil May Cry team broke off and made their own game, evasion would be on the top of their mind. Bayonetta has, bar none, one of the best dodge rolls in games. This dodge roll not only grants you that delicious invulnerability but also gives you a counter opportunity if you time it just right.

This means that a well-timed dodge leads into a secondary, bullet time-esque mechanic. The whole game is built off of the invincible roll, and they absolutely nailed the feel. Bayonetta is one of the most acclaimed action games ever released and that is largely due to its dodge roll.