You are here:
Home / Games That Didn’t Originally Support HDR Get Access To It Via Xbox Backwards Compatibility

Many of us remember life before the internet, digital downloads, and HDR visuals. Thanks to Xbox’s backwards compatibility, however, titles that were previously released with SDR graphics will be given an HDR enhancement when gamers pick them up again on the Xbox Series S and Xbox Series X.

One of the main features of backwards compatibility will be the Auto HDR (High Dynamic Range) function designed to enhance the overall visuals of a compatible game. HDR allows games to produce a wider range of colors and brightness levels, which visually contributes to a fuller and richer looking game. The game’s vibrancy is a noticeable enhancement with HDR, and it’s a wonderful addition to immersive gameplay that a lot of titles missed out on before this innovation was achieved.

Related: Why Backward Compatibility Is Key To The Next Generation’s Success

Stated in an Xbox blog post by compatibility program lead Peggy Lo, was a full list of Microsoft’s Xbox Series X and Xbox Series S capabilities regarding backwards compatibility. Advertising thousands of games that will support this function, Microsoft is confident that the long list of compatible games – spanning four generations of Xbox – will be an attractive offer for gamers of all sorts. Lo stated that over 500,000 hours of gameplay had been tested with the new features for next-gen consoles, designed to give your favorites a well-deserved polish. 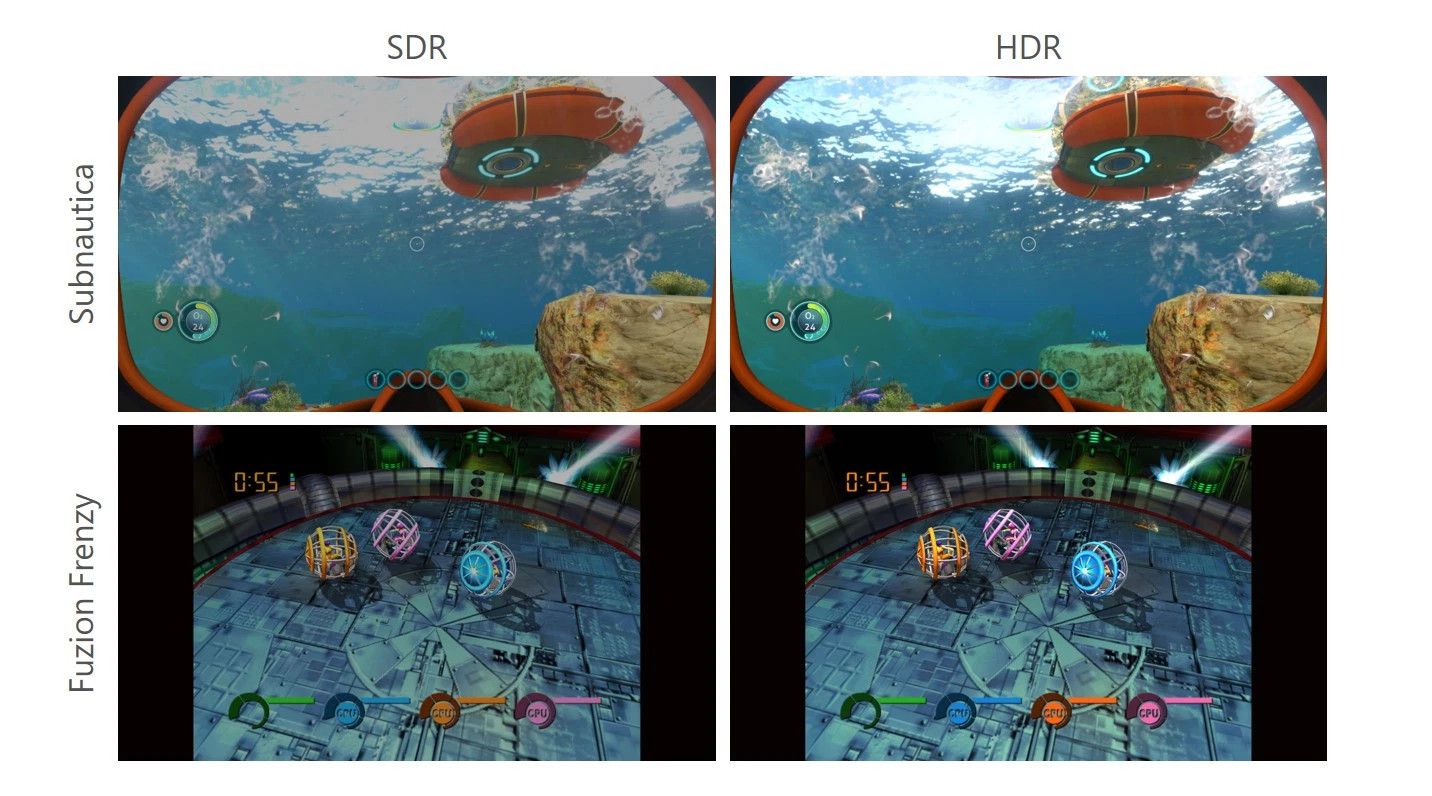 Thousands of games, in fact, were released with only SDR (Standard Dynamic Range) capabilities before HDR was added during Microsoft’s Xbox One S phase, which also included a handful of Xbox One games. With Auto HDR, SDR rendered games will be automatically enhanced without detracting from CPU, GPU or memory. Screenshots of Subnautica and Fuzion Frenzy were included in the blog post to allow future owners of the Xbox Series S or X to see the light and color enhancements for themselves, and image how dated titles would look under the care of Auto HDR.

Microsoft’s next-gen consoles will also be doubling framerates for backwards compatibility, which will turn classics into smooth operators. Microsoft showed a side-by-side clip of Fallout 4 – firstly running at 30fps then 60fps – that showcased extra fluidity in combat. These enhancements are impressive invitations into Xbox’s brave new world, that promise to propel past favorites into the future while honoring their respective styles.

RELATED NEWS
Alphabet’s Loon claims stratospheric flight record of 312 days
Travis Scott Narrates the Official PlayStation 5 Trailer
Immortals: Fenyx Rising Has Already Gone Gold
Madden NFL 21 And FIFA 21 Headed To PlayStation 5 And Xbox Series X On December 4
Recent Posts
This website uses cookies to improve your user experience and to provide you with advertisements that are relevant to your interests. By continuing to browse the site you are agreeing to our use of cookies.Ok