You are here:
Home / Games Inbox: What new PS5 games will be at the PlayStation Showcase?

Games Inbox: What new PS5 games will be at the PlayStation Showcase? 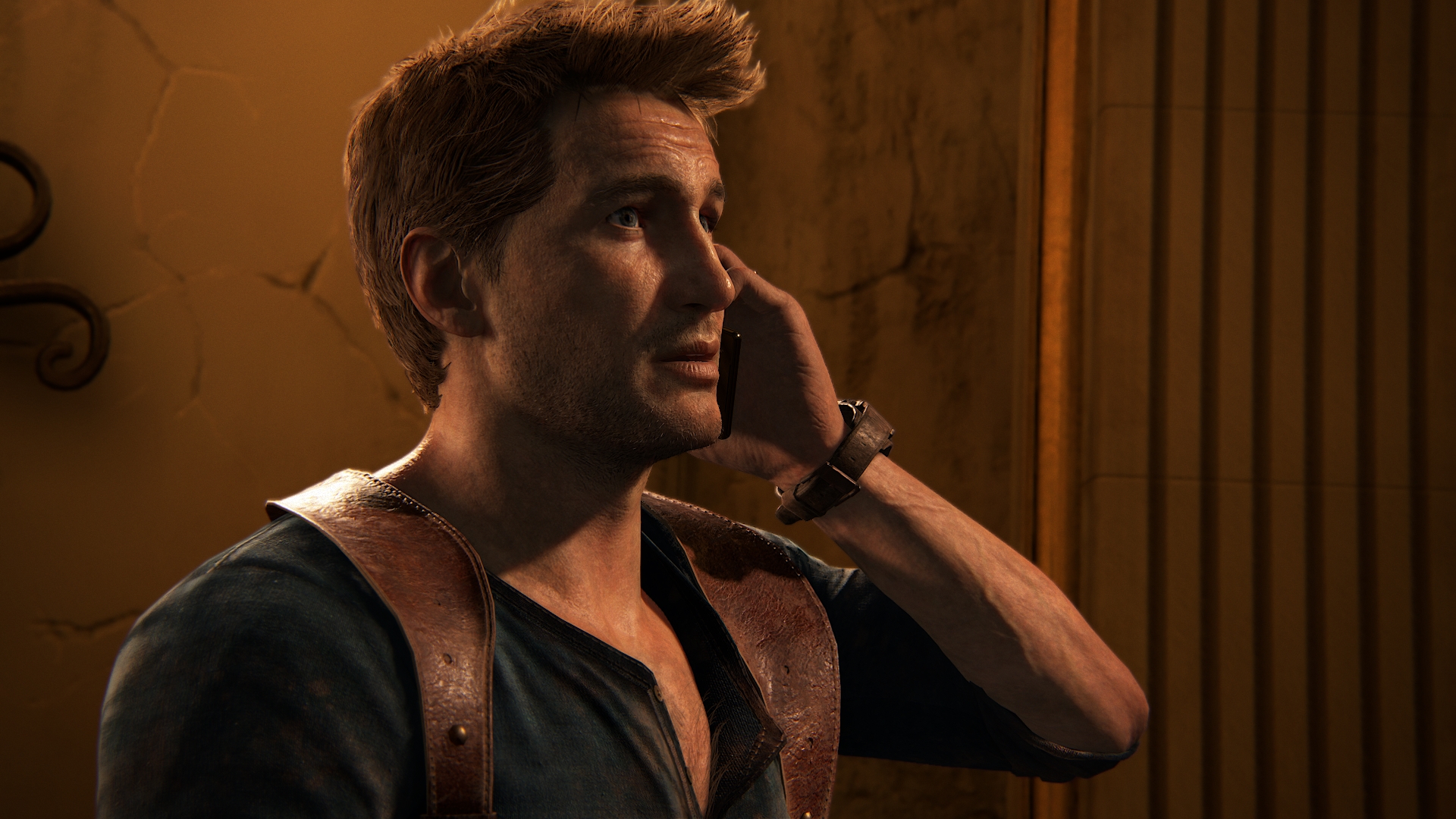 The Thursday Inbox names futuristic racers as the world’s most unpopular video game genre, as one reader looks forward to Deathloop.

Nice surprise
So today’s the big day where Sony show off all their new games and we get two or maybe three or maybe zero new announcements. I’ve seen a lot of nonsense about how Bend Studio are making a Men in Black game or Sony are buying Konami but I think it’s pretty likely that God Of War will be the main draw and you’ll get maybe one mid-level new announcement – I could see it being another remake from Bluepoint and the reveal that Sony has acquired them.

People going in expecting three AAA game reveals plus God Of War are only setting themselves up for disappointment and then they’ll start being angry on the internet because of it, which is how these things always start. So don’t be a Twitter douchebag and just be grateful if there’s any good news, because with the pandemic still raging, especially in America and Japan, we are kind of lucky we’ve had it as good as we have.

Personally, I wouldn’t even take God Of War as a given. I’d say its 80% likely but nothing more. Remember, they haven’t show even a second of it so far, so that may well be all we’re getting. It would certainly be odd to go from absolutely nothing to a 10 minute gameplay demo or whatever. That’s what I’m telling myself anyway, so if it is more than I’ve said it’ll be a nice surprise.
Gadfly

No humans
Really looking forward to see God Of War: Ragnarök on Thursday, although I’m not really sure what to expect. Like another reader said, just having more adventures in Midgard seems a bit like it’d be spinning its wheel, so I’m going to guess we’ll see the other realms that weren’t in the first game. And, yes, I could easily see them bringing in other pantheons of gods, or at least hinting at it.

At the very least I think we’ll definitely see Kratos confront what he’s done now he’s a reformed many. Are the Greek gods really dead? Can you make a new god and what would that be? Will the game acknowledge Christianity, or at least Judaism, at any point? It was kind of unclear when exactly the last game was set and if there was a reason there were no humans in it I’ve forgotten.

The real reason, of course, is that it’s because the PlayStation 4 couldn’t really handle it so I hope the PlayStation 5 can overcome that, although the fact that the game’s cross-gen makes me worry whether it’ll be the advancement it should be. Hopefully we’ll find out in just a few hours!
Franky

A Thief’s Return
My prediction for the PlayStation showcase is that we might see something of the new Uncharted game that’s been rumoured. It’s been five years (I know!) since the last game and we knew even then that Naughty Dog had no interest in making another one, so it’s quite feasible that the job was given to another studios fairly soon after that.

Which studio is hard to say though. The rumours suggest Sony Bend were involved at first but then whatever they were doing got cancelled but even assuming that wasted a year or two that’s plenty of time for someone else to be a good ways into development by now. Sony Santa Monica are a big studio that could easily be hiding a project of that size, so I think it’s plausible.

And even if work has only started much more recently I still think it’s something Sony could show off on Thursday. They’ve never been shy about announcing games really early before and since they need to raise hype, and distract from the fact that they’ve got no Christmas games, I could see it happening. I hope so!
Casper

Loop me in
Anyone else looking forward to Deathloop? I really like Arkane’s stuff but I get the feeling that most of it doesn’t sell that well, which makes me very glad that Microsoft bought Bethesda as now hopefully that won’t matter – especially if they still review well.

I get why they’re not big sellers, because they’ve got weird stories and art and people don’t really know what they’re about but they action is usually good, and there’s plenty of it, so I’m hoping the same will be true of Deathloop too.

I also really like that I don’t quite understand how it works yet, which is a real rarity nowadays and very exciting to me. Even if that’s exactly the reason why it probably won’t do very well outside of Game Pass.
Benny

The future of wrestling
The recent AEW acquisition of former WWE talent, as well as Impact Wrestling having some former WWE stars return, is bound to ensure more alternative wrestling games will appear on the market, to give 2K games the stiff competition it needs.

Of course, you have 2K Games and its WWE titles, which means we could be seeing them really make the 2K series a huge improvement to what they are currently offering. It’s going to be a very interesting few years for wrestling games.

I will be looking forward to seeing what shows up on platforms like PlayStation, Xbox, Switch, and PC.
gaz be rotten (gamertag)

Get to the point
I don’t know how much of the cut scenes in games that Hideo Kojima edits but the trailer for Death Stranding Director’s Cut sums up everything about him really: overlong, amazing imagery, great atmosphere, and I had no idea whatsoever what was going on. I mean seriously, what is anyone that hasn’t played the original meant to get out of that trailer. Other than it’s a… game set in Iceland about killing invisible monsters? Or something?

I say this with tongue in cheek because I do like Kojima’s work but I just wish he got himself an editor or a producer or someone that would tell him no. And more importantly ‘get to the point!’. That’s less likely than ever now he has his own company but I get the feeling he had free reign at Konami until he butted heads with that new exec that threw him out.

I probably won’t get the director’s cut but I did like Death Stranding more than I expected. But the ending, where he slowly and carefully explains exactly what has happened, even though it’s already been revealed in much more subtle form already. For a game that likes to talk and talk it doesn’t seem to think that anyone is listening and I think that’s always been Kojima’s problem. He needs to trust his players more and trust other people to stop him when he’s getting carried away.
Lofar

Most unpopular
I’d love to think Sony bought Firesprite so they could make a new WipEout but, let’s face it, that’s never going to happen. That series was given so many second chances and it was never a hit. I don’t think it even sold much in Europe outside of the first two, which is criminal.

It’s the same deal with F-Zero, which makes me think that futuristic racers must be the most widely unpopular genre in video game history. To think things like turn-based strategies and train simulators are more popular!
Freddy

Moving the needle
I really don’t think that Call Of Duty: Vanguard is going to get outsold like some people seem to think. To me it seems kind of like the situation with PlayStation and Xbox where Microsoft keeping doing things right, and have a good product, but PlayStation is so entrenched as the obvious choice that is going to take a long time, and a lot of mistakes, before that’s eroded away in any meaningful way. There’s zero sign of PlayStation 5 sales slipping compared to Xbox Series X and I think it will be years, and probably generations, before you seen any kind of movement.

I think it’s the same with Call Of Duty and Battlefield. Not only has Battlefield 2042 got to prove itself (especially as EA are their own worst enemy and are probably desperate to fill it with microtransactions or some other anti-consumer nonsense the second it’s a proven hit) but it’s going to take multiple games to move the needle on Call Of Duty.

They were doing well with Battlefield 2 and 3, then 4 was meant to be the big pivot but they messed that up with a broken, buggy launch and it’s taken all this time to get back into a good position again. Apart form all the other issues, including the giant roadblock that is Warzone, how do we know that Battlefield 2042 won’t have a bad launch? So much could happen and people are getting ahead of themselves.
Gachaman

Inbox also-rans
Recently the comments section has vanished across all my devices. I used to enjoy the daily banter down there. Is this a permanent change or will the Underbox be making a return? Thanks GC and keep up the stellar work.
Christopher Hurst

GC: It’s still there for us and we haven’t had any other complaints. But send us the details of what device and browser you’re using and we’ll speak to IT about it.

My most wished for Sony U-turn would be Days Gone 2. I know it’s not going to happen but that’s why it’s a wish!
Focus

This week’s Hot Topic
The subject for this weekend’s Inbox was suggested by reader Cubby, who asks what has been your favourite Achievement or Trophy to unlock in a video game?

It doesn’t matter whether they were difficult or not, but which one did you enjoy doing the most and which did you think was particularly well designed or just had a funny name or concept? What is the secret of a good achievement and which developers are particularly good or bad at them?

What factors encourage you to try and get achievements and what’s the most effort you’ve ever put into unlocking one?