You are here:
Home / Games Inbox: The disappointment of PS Plus Premium

Games Inbox: The disappointment of PS Plus Premium 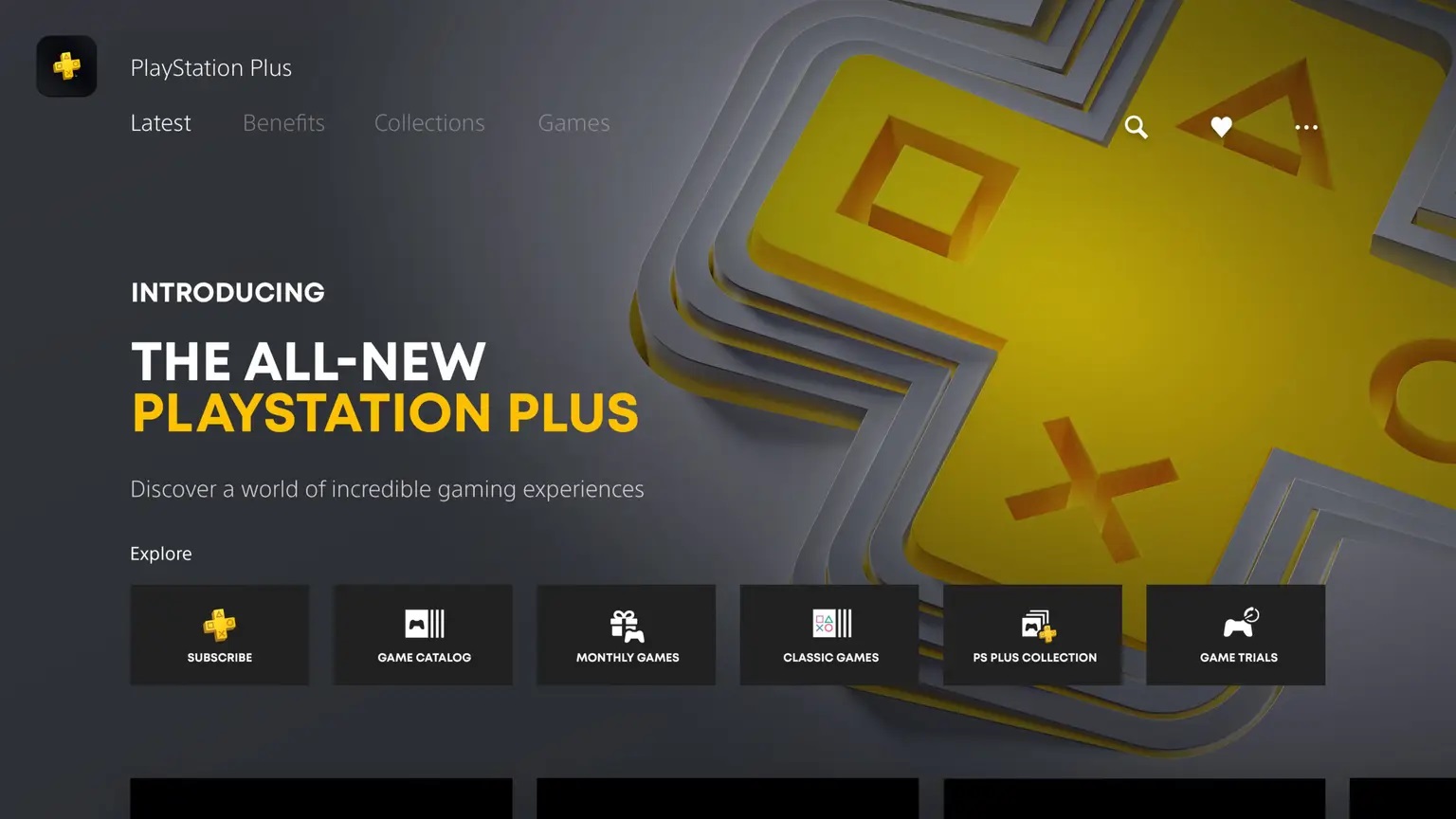 The Tuesday letters page is confused as to how Sony is handling the PS Plus reveals, as a reader hopes a XCOM 3 announcement is imminent.

Reasonable questions
So that new PS Plus announcement from Sony is… kind of bad? Why wouldn’t they announce all the games at the same time? Why is all this being done via low effort blog posts? Why are the PS Plus Premium games so especially bad? How do you start a major new retro service and not have a single PlayStation 2 game? You know, games from the most successful home console ever made?

As you can see, I have many questions about the new PS Plus and Sony’s bizarre way of promoting it. I know they weren’t keen on it being compared to Game Pass but, believe me, nobody is doing that right now, because it’s obvious that Microsoft’s take on the same idea is a whole letter better.

This just all seems very random and badly organised, like someone’s homework rushed out on the way to school. Combined with the generally poor communication from Sony in the last few years and the sudden drying up of new game releases and I have to say I’m losing faith in their decision-making abilities right now. Even if they do announce the rest of their line-up later and it’s amazing why do it like this? I don’t get it.
Cardigan

Loyal following
After a letter last week and the Reader’s Feature at the weekend I have to say I disagree with the assumption that people will be confused about EA Sports FC and whatever a new FIFA game is called. Granted, the GC community is mostly geeks like myself who know who Treasure are and what a chocobo is, but more casual gamers aren’t stupid or uninformed.

EA have done a good job of promoting their own brand in the game for years. For example ‘EA Sports, it’s in the game!’, that was iconic. So people definitely know they want an EA football game.

Real stories
I never follow too much of those rumourmonger’s rumour mongering but it’s an interesting one about a remake of Silent Hill 2. It still has, for me, one of the best stories in gaming. It was told with no forced agenda, or tedious moral bludgeoning via six hour cut scenes and yet it dealt with very serious themes which I won’t spoil here.

The greatest story told in gaming is, in my own meek opinion, Journey. Precisely because it’s so sparse in an overall narrative. I’ve yet to met anyone who hasn’t had an interpretation of it via the personal journey of their own lives and also the personal journey taken in the game itself. Be it a solemn solo play, a heartfelt one with a partner or a truly saddening one where your co-op friend was never seen again.

Even a non-religious person such as myself can be brought to moist eyes when my robed friend, having flown off overexcitedly, waited for me at the end and we walked through the blinding yet tranquil light together singing with a solitary symbol gloriously rising above our heads.
Wonk

It’s bigger than that, it’s large
Probably around 90 hours in and something hit me. Elden Ring is massive. No joke. 90 hours in and I’ve just found another area. I’ve spent most of my time just running around and finding new places. How the heck have FromSoftware hidden so many optional areas? None of them seem to be shoehorned in either. No area is just cut and paste.

It’s just amazing to me that this exists and in the state that it is in. People that moan about it being too big should consider that any part of this game could have been hidden behind DLC.

I know I gave it hell when it came out due to its performance issues, which it still has in small occasions but now I’m in awe of the achievement. Well done From.

Although, a few less mental ulcerated tree spirits would be a nice update.
Bobwallett

May the good blood guide your way
Having seen so much praise for Elden Ring recently, I had a real hankering to buy it. But as I have several Soulsborne games in my backlog of shame I decided, why not save some money and actually play Bloodborne? This is the first of these games that I have not been playing with a guide. I played much of Demon Souls, Dark Souls, and Dark Souls 2 with a guide, but I realise much of the fun is ruined knowing what is coming next.

I’ve learned over the years that dying is not a problem really either, just get stuck in, and if in doubt, keep running to see what you can find before you die. I wonder if I can make it to the end without a guide. I don’t really know what’s going on with the story and I have been stuck for two hours with no progress because I can’t find any more areas to explore and multiple locked gates and doors.

There are even loads of notes near one of the gates reminding me not to forget the key. Still, I can’t wait to get home and have another look around and make some progress.
EvilMoomin

Quiet announcement
So we have had some news at last about some of the games for the new PS Plus service. The Extra tier is a good deal and there are some on there I wouldn’t mind trying. What I am really interested in though is what retro games are going to be available. And I have to say the list so far is underwhelming. Only a handful and none of them was what I was hoping for. My wish list would include:

Sony have said there are still a lot more games to be added before launch date. I just find it strange on how low key it all seems to be. A State of Play I think would have been a better way of handling it followed by a complete list of titles on offer.
Tony–1975 (PSN ID)

GC: The way they’ve handled the whole thing has been really weird. Not necessarily in any disastrous way but, like you say, why do it in in this piecemeal manner, with so little fanfare?

Correct order
This is for Suspect and his Switch not connecting to the TV. I had this glitch ages ago and took a while to find the solution online, but it is simply this: unplug everything from the dock, then plug back in in the order of power cable, HDMI cable, and Switch.

I hope that helps them and anyone with the same problem.
Handsome Dan Wolfshead

All-new
I’m not sure anyone else would’ve done a better job, and others probably a lot worse, but I did find myself agreeing with the reader complaining about Phil Spencer’s tenure as the head of Xbox and how little it’s actually produced so far. If I had a major complaint beyond just the general lack of games, I’d say that it was he was focusing on the wrong ones as well.

Nobody cares about Perfect Dark or Fable anymore and yet they’re going to bring them back anyway, just because they were games on the Xbox 360. Not especially good ones, or even popular ones, but for some reason they’re not just allowed to be forgotten.

That goes for anything in pop culture, of course, but my eyeballs did a loop-the-loop with the rumours about a Gears Of War remaster collection. That sounds exactly like the sort of thing Xbox would release when they haven’t got any new games out at Christmas. But Gears Of War is just another example of a series that’s run its course. I played Gears 5 for free on Game Pass and I still felt ripped off… and incredibly bored.

New IP is far more exciting to me right now and I’m hoping that Starfield and Avowed will help to reenergise the line-up and show that companies don’t have to rely on tired old franchises just because they’re a name people have heard of.
Wallace

Inbox also-rans
The most interesting thing to me about Reggie Fils-Aimé’s comments about Nintendo is how little he actually seemed to know about what they were doing, behind the scenes in Japan. Not that I’m surprised but basically he doesn’t appear to know much in the way of the secrets at all.
Grackle