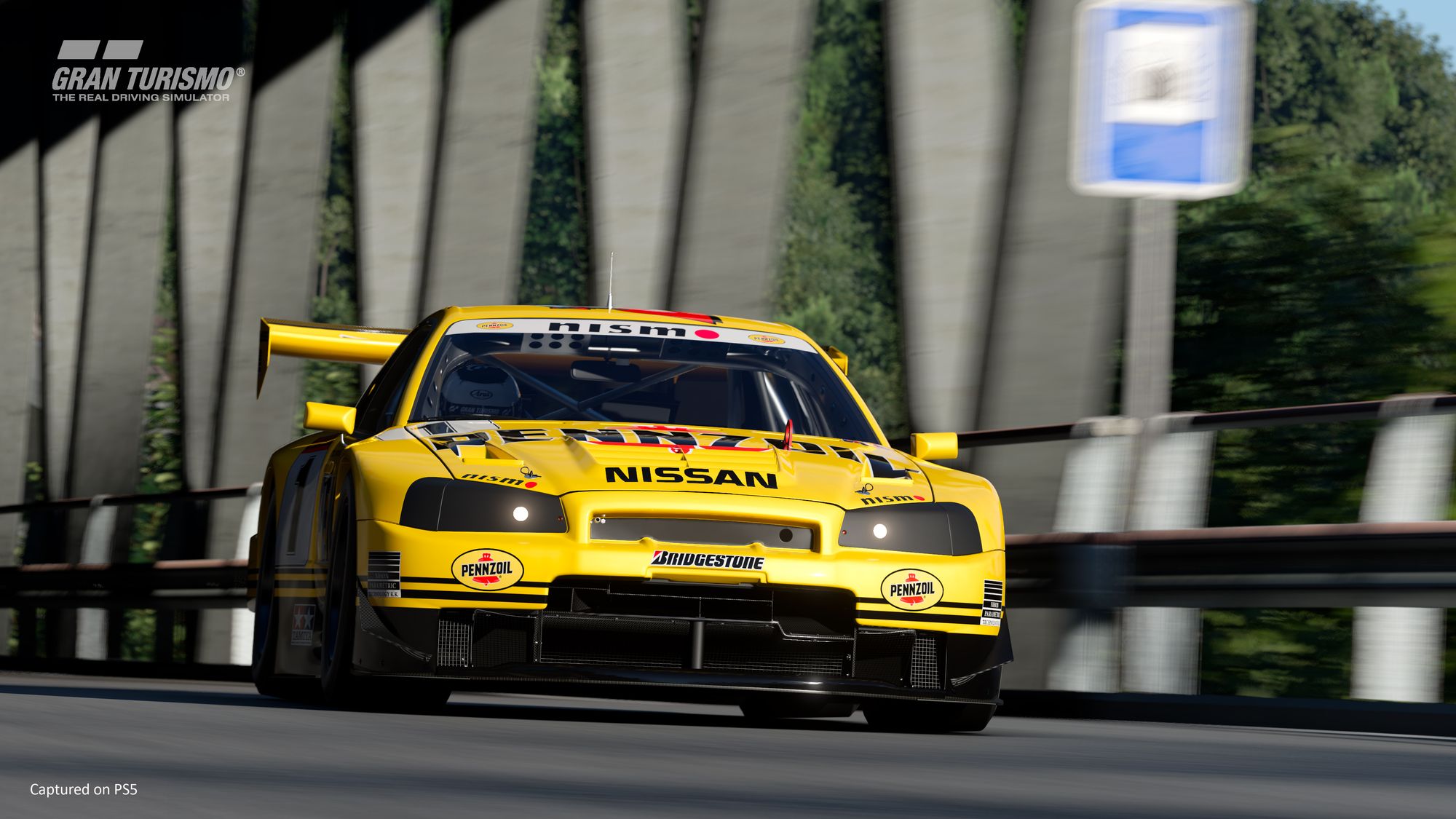 The Friday letters page is curious to know more about Amy Hennig’s Star Wars game, as a reader has a very important question about TMNT.

Becoming free
Hearing about Sony and Microsoft wanting to add ads to games, and make more of them free-to-play, it got me thinking of what existing series they could give that same treatment to me. Sony doesn’t have many, which is I guess why they’ve suddenly got so interested in making live service games.

I wonder though, if it’s ever occurred to them that Gran Turismo would make a good free-to-play game. They already have it stuffed full of microtransactions, so it wouldn’t be hard to make it profitable; just add some more and make sure there’s a good range of cars to buy, from cheap to expensive, but the game’s pretty much got that anyway.

I mention it since it’s pretty obvious that the game has underperformed, as while it’s sold well it’s very far from being the killer app it used to be, even in Europe. This all seems to be part of the general downward trend for racing games, and I’d like to see that reversed. So if the answer is making it free-to-play I’d be okay with that. It beats having to wait another 10 years for a sequel or having the budget gradually decreased as Sony realises it’s not the draw it once was.
Phamer

Behind the scenes
I love the strange naivety of EA letting people play Skate 4 while it still looks like a Dreamcast game and not expecting them to leak it. Although it’s also a shame that gamers are so predictable and untrustworthy that you know there’s no way the footage wouldn’t leak out.

I do always find it interesting seeing games in such an early stage of development though and wish we got to see more of that. Behind the scenes videos for games are usually just talking heads and a bit of concept art so I think most people, including me, still don’t have much of an idea how they’re really made.

That Star Wars leak story was interesting just because you got to see all the storyboards (I didn’t even know they did that!) and artwork and stuff for even little tiny details. Even for a game like Skate 4, that’s trying to replicate the real world, I’m still curious to see how it all works.
Dunston

No Jedi club
One the one hand I can’t believe that Lucasfilm would just let Amy Hennig remake her cancelled Star Wars game if seemingly everything about it has already leaked out but on the other it’s going to seem really weird to just make up another story with the same kind of setting, purely for the purposes of keeping a secret. In reality the number of people that are going to look up all the spoilers is going to be miniscule but… I don’t. I really don’t know what they’ll do. Except hopefully not have it take place on Tatooine.

If they do change anything I hope they get rid of anything involving the Empire as anything other than a vague authoritarian evil. I really just want a story about smugglers and bounty hunters and other scum and villainy. And absolutely no Jedi please. Don’t just pull out another that somehow survived but was never mentioned before or after. That ruined The Mandalorian in my opinion and I’d like to see another crack at the same idea for a video.
Castro

Don’t give them ideas
Ugh, the idea of Sony and Microsoft both trying to put ads into games is really worrying to me. Apart from just obviously not wanting ads in my games it’s obvious that this will influence the games that companies work. That’s the literal point of it from Sony’s point of view, according to the report.

No chance, Man
Interesting read about the lead designer wanting to do a remaster of PS1 Spider-Man. I enjoyed the game back in the day and would definitely like to play an updated version of it. In fact, I was hoping that the original would be one of the PS1 games to be included in the new PS Plus in June. Going by the comments though this seems very unlikely.

I am starting to worry what the line-up is actually going to be. I’d have thought there would have been a State of Play announced by now with more details. Would like to see Ridge Racer Type 4, Buffy The Vampire Slayer, Speed Freaks, Ready 2 Rumble Boxing, Muppet Race Mania, Sly 2: Band Of Thieves, Tomb Raider, and Resident Evil included. Maybe my expectations are too high and Sony are keeping quiet for a reason.
Tony–1975 (PSN ID)

GC: It’s very unlikely any licensed Activision game will ever be re-released, including their Transformers games.

Will hunt for money
Nintendo not understanding what a bounty hunter is makes complete sense when you look at the games they made compared to the ones made by Western developers. I don’t know what they thought it did mean but I would assume they just thought it was a visual description of a Star Wars bounty hunter. Basically: cool looking space adventurer, probably wearing a helmet of some sort.

She’s never acted like a bounty hunter, or done any bounty hunting, so really it’s not a surprise to find out she was never supposed to. I mean, what did Samus’ workload look like? Finish that job saving the galaxy an then go out chasing some low level drug dealer that jumped bail? That seems like quite the comedown.

I’m not sure it matters what it says on her business card I just hope that with Metroid Prime 4 that she’s shown to be a badass again and not the pathetic wimp from Other M. Metroid Dread gives me plenty of reason to think they’ll get it right, but you never know because, not for the first time, it’s clear Nintendo thinks of their games a lot differently than most of the people that play them.
Boson

Long lost brother
Bro, are we actually going to pretend that Sonic The Hedgehog 4 doesn’t exist? I feel that Sonic 4 will be the forgotten game of the series, bro, I wanna see it in the Sonic compilation.

Was the game actually bad or just average? I never got round to play it, bro. Maybe just maybe, bro, Sonic 4 would be perceived better in this present day. The best fourth games of series have to go to Super Mario World, Metal Gear Solid 4, and Call Of Duty 4.
Matt Riddle

GC: Why do you keep saying the word bro like that? And yes, Sonic 4 was pretty bad. It also wasn’t a Mega Drive game, unlike the other Sonic Origins titles.

Developers’ System
I’m going to go against the grain a bit here and say that the Game Boy Advance is one of my least favourite handheld consoles. To my mind it has the least number of classic games and the original was not backlit, so it didn’t even really become practical until the clamshell SP edition. For me though the king of portables (and a much better clamshell design) is the Nintendo DS. In fact, it might be my favourite console of all time.

I think it indisputably has a much bigger range of exclusive games than the GBA and the import scene was insane. Not only were the tons of great Japanese-only games but they were really cheap and easy to get hold of. From Ouendan to Jump Super Stars and Shin Megami Tensei: Strange Journey, I loved the sense of discovery and invention.

The DS had pretty bad graphics even for the time, but all the good developers learned to work around it and even use it to their advantage, in terms of having to come up with unique gameplay. Very few of the games made much use of the touchscreen, admittedly, but I’m not going to hold that against it.

Mario & Luigi: Bowser’s Inside Story, Phoenix Wright, Rhythm Paradise, Ghost Trick, Contra 4, Professor Layton, Might & Magic: Clash Of Heroes, Castlevania, and Soul Bubbles… I could go on all day talking about the classic games and still forget a bunch of them.

It’s a shame the system itself is hard to emulate, and modern gamers are probably going to be less understanding of the bad graphics, but for me it remains a very fond memory.
Avance

I have noticed that Americans do not seem to distinguish between turtles and tortoises and use the world turtle to describe both. Does that mean the Teenage Mutant Ninja Turtles are actually tortoises?! My mind will be blown if the answer is yes.
Clifford

GC: We do not know the answer to this important question.

This week’s Hot Topic
The subject for this weekend’s Inbox was suggested by reader Snake, who asks what video game movie would you like to see in the future?

Inspired by the success of the second Sonic The Hedgehog movie, what new adaptations do you hope and expect to see in the future? Do you have any faith they’ll be better than normal for video game movies? Why do you think your idea would work and do you have a cast or director in mind?

Do you think Sonic 2 will end up inspiring a new wave of video game movies and how do you think announced, but not yet seen, films like the new Super Mario and Metal Gear will turn out?