You are here:
Home / GAME PS5 UK stock update: Here’s when GAME could get more PlayStation 5 stock to buy 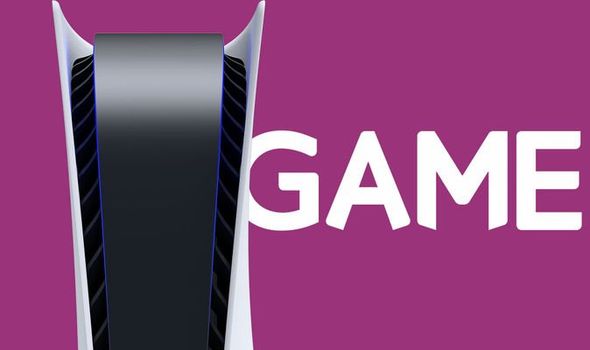 GAME PS5 orders are expected to open once again in a few days time. GAME had been tipped to release their next batch of PS5 orders to buy on Thursday June 3, however an unexpected delay occurred. This next opportunity to purchase a PS5 was pushed back reportedly due to PS5 and Xbox Series X stock arriving at stock around the same time.

Thankfully, despite this the release date listed on the GAME website for its next PS5 pre-orders haven’t changed – it’s just when gamers will get the opportunity to purchase the console that looks to have shifted.

It’s now believed GAME will be opening orders for the PS5 once again between Monday June 7 and Wednesday June 9.

Stock should go live on the site between 9am and 10am on the day of release, with a queue likely to emerge for anyone looking to purchase a PS5 – if previous restocks are anything to go by.

While the @PS5StockAlertUK Twitter also posted: “Update: GAME, the gaming retailer was originally set to drop #PS5 bundles on Thursday (9-10am) however, due to already existing PS5 and Series X orders being packed/fulfilled, they had to delay the drop. We expect GAME to drop either 8th or 9th June.”

The GAME PS5 order page currently has 29 different PlayStation 5 purchases options listed that will be available for pre-order.

This includes standalone PS5 Disc and Digital consoles as well as bundles.

According to the @PS5Instant Twitter account, the next GAME restock will be made up of over 12,000 consoles – with almost two thirds of these Disc consoles.

The cheapest PS5 Digital bundle listed on the GAME website is £389.99 for a console, cap and tee. 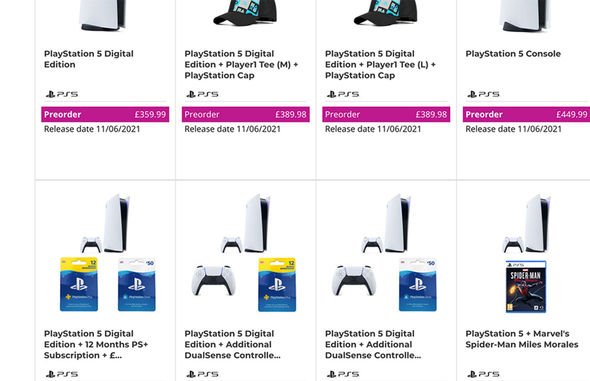 While the most expensive Digital bundle is just under £540 and includes a console, Pulse 3D headset, extra DualSense controller as well as a tee and cap again.

The cheapest Disc bundle is for a console and a copy of Marvel’s Spider-Man Miles Morales.

The most expensive Disc bundle costs almost £630 and includes a PS5 console, Pulse 3D headset, extra DualSense controller as well as a T-shirt and hat.

Besides GAME, retailers such as Very and John Lewis could also release another restock in the coming days.

This article contains affiliate links, which means we may receive a commission on any sales of products or services we write about.