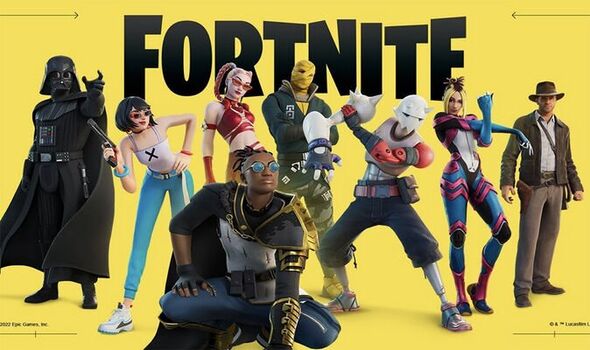 Fortnite fans can download a brand new update in time for the new season. Fortnite update 21.0.0 (or 3.58 for PlayStation users) must be downloaded before attempting to login and play Chapter 3, Season 3. Titled Vibin, the latest season adds the Darth Vader and Indiana Jones skins, as well as the Baller vehicle, rideable beasts, lightsabers and new map locations. This includes a new version of Greasy Grove, as well as makeovers for Dusty Depot, Shark and The Chair. That’s on top of the Zero Point Tree. You can see the update 21.0.0 patch notes below.

– Plant a Reality Seed to grow a Reality Sapling – which grows in the same place match to match!

– Saplings bear better loot each time you weed them, so keep weeding a sapling until it bears Mythic loot. When it wilts away, plant the seed left behind!

• Traps may sometimes not place immediately

– Players may find it difficult to place Traps when pressing the “place” button or key in rapid succession.

• Enemy shots may not appear on the compass on HUD

– We’re looking into an issue that is causing an issue with prop movers and manipulators to not place when not overlapping with props.

– We’re aware of an issue that is causing the prop mover to not send to channel when first published.

Save the World Top Issues:

• Destroyed beds are not being counted towards quest completion

– Two active questlines (Sleep on It from the Blockbuster Questline and Destroy: Good Morning from Ventures) task players with destroying beds. Most beds are not being counted towards quest completion when destroyed

– The Android Store Selection toggle is missing from the Account and Privacy settings when players have the Samsung store selected as default.

• The parental Controls screen cannot be exited with a controller

– The Parental Controls menu, when entered while using a controller, does not show a controller prompt to exit, and no input exits the menu.