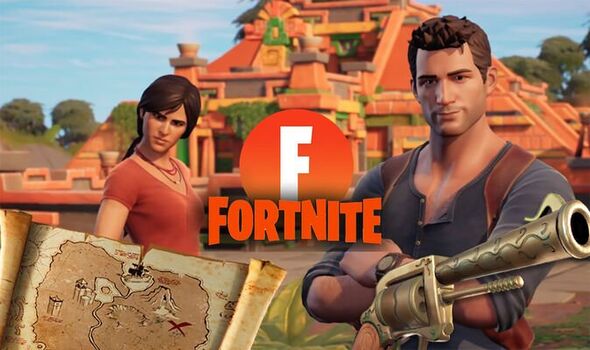 Fortnite update 19.30 is about to be released on PS5, PS4, Xbox Series X/S, Xbox One, Nintendo Switch, Android and PC. The new Fortnite update has a February 15 launch date and a 9am GMT release time for fans living in the UK. Needless to say, as a numbered update, the new patch will be accompanied by a period of server downtime, which is expected to run until 10.30am GMT. The exciting new update will add the previously announced Uncharted items, as well as the return of Treasure Maps. Read on for more information about update 19.30.

The news was announced by Epic Games on Twitter, alongside a brief preview about what to expect.

“Hey everyone, The v19.30 update is scheduled for release on February 15th. Downtime will begin at 04:00 AM ET, with matchmaking being disabled 30 minutes before.

“With the v19.30 Update, we’re removing the initial screen where you select Save The World, Battle Royale, or Creative game modes.

“You’ll now boot up directly into the Lobby, ready to join the party and kick off a match!”

In addition to the new menu screen options, update 19.30 adds Uncharted characters Nathan Drake and Chloe Frazer. This coincides with the release of the Uncharted movie. You can see the skins below.

Staying on theme, Epic Games will bring back Treasure maps, which can be used to find items, and maybe as part of challenges.

Fortnite insider Shiina also speculates that the Revolver will be unvaulted, alongside another potential collaboration.

Needless to say, update 19.30 makes a host of bug fixes and gameplay tweaks, which can be seen in the patch notes below.

• Tents only have Two Slots for some players

– Some players on PC, Xbox or Playstation may find they only have two slots available instead of three

– Some players will find that after completing the quest “Get Eliminations with an Assault Rifle” it remains in the quest log.

– Spiderman’s Web Shooters will restock to the full 20 uses when dropped from eliminated players in competitive playlists only.

Save the World top issues:

• Double tapping a Build Piece icon is not working as intended

– Double Tapping a Building Piece icon does not place the selected build piece down.

• The sliding/Crouch button does not appear while gliding on Mobile

– While gliding on a mobile device, the crouch button does not show. This means mobile players can’t slide immediately after gliding.