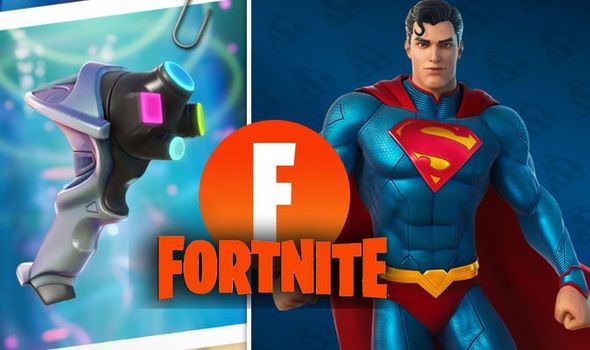 The latest Fortnite update introduces a brand new weapon to the game, the Superman skin and makes a few gameplay tweaks.

Even better news is that the latest patch doesn’t require any server downtime.

The news was announced by Epic Games on Twitter, along with details on the new weapon.

“News Alert! We’ve reason to believe the Aliens are now disguising themselves as everyday objects,” reads an Epic tweet.

“This recovered ‘Prop-ifier’ appears to be a new form of prop imitation tech.”

According to a blog post by Epic Games, players will receive a holographic display of their Prop options when using the gun. After transforming into an object, players will need to be aware of glitching out and revealing their location.

In addition to the new Prop-ifier, players can now perform special challenges to unlock the Superman skin.

The Superman skin is available alongside back bling, sprays, emotes and more. You can see the patch notes and Superman challenges further down the page.

• Prop-ifier weapons added to the game

– When using a Prop-ifier, you’ll be presented with a holographic display of your Prop options.

– Choose the Prop you want to be, then activate! As a Prop, you’ll be able to move around – but to be extra sneaky – you can choose to settle in place.

– You won’t be totally immune to a watchful eye, though. When settled, you’ll briefly glitch every now and then, kind of like old TV static. (It’s only a Prop, so it can’t be perfect.)

– Where to find Prop-ifiers? They can be found from Chests, on top of Abductors, and in the Mothership.

– Part of the Chapter 2 Season 7 Battle Pass, the Superman Quests – and their rewards – are out now.

– In the Quests, you’ll even work with Armored Batman and Beast Boy to investigate who stole Clark Kent’s memories.

– Please note that Battle Stars are not needed to unlock the rewards.

• The Aliens continue to make the Island their home: the availability of Alien Nanites from the ground has become greater.

• Last week, Prop Disguise services from vendors were disabled due to an issue. We’ll let players know when these services are re-enabled.

• Please note that the Prop-ifier is not present in competitive playlists.

• Begin helping to see what happened to Clark Kent’s memories. Unlocks the Call to Action Emoticon.

• Clark Kent digs deep to illuminate his past. Unlocks the Superman Shield Spray.

GLIDE THROUGH 3 RINGS AS CLARK KENT

• His powers begin to return. Unlocks the Daily Planet Back Bling.

USE A PHONE BOOTH AS CLARK KENT

• His powers are back, thanks to your help. Go to a Phone Booth to suit up!