You are here:
Home / Fortnite: How To Turn Into A Wolf In The Fortnitemares Event

Fortnite: How To Turn Into A Wolf In The Fortnitemares Event

Another year has gone by and Fortnitemares has, at last, returned. This is the best time to get in the Halloween spirit, log into Fortnite, and play some matches. Tons of new stuff was added to the game with the latest update.

There are quests to do, candy bowls to empty out, new weapons, and new abilities to explore. This guide will talk about the Howler Claws and how they will give you the chance to turn into a wolf and rip your enemies apart.

How To Get Howler Claws 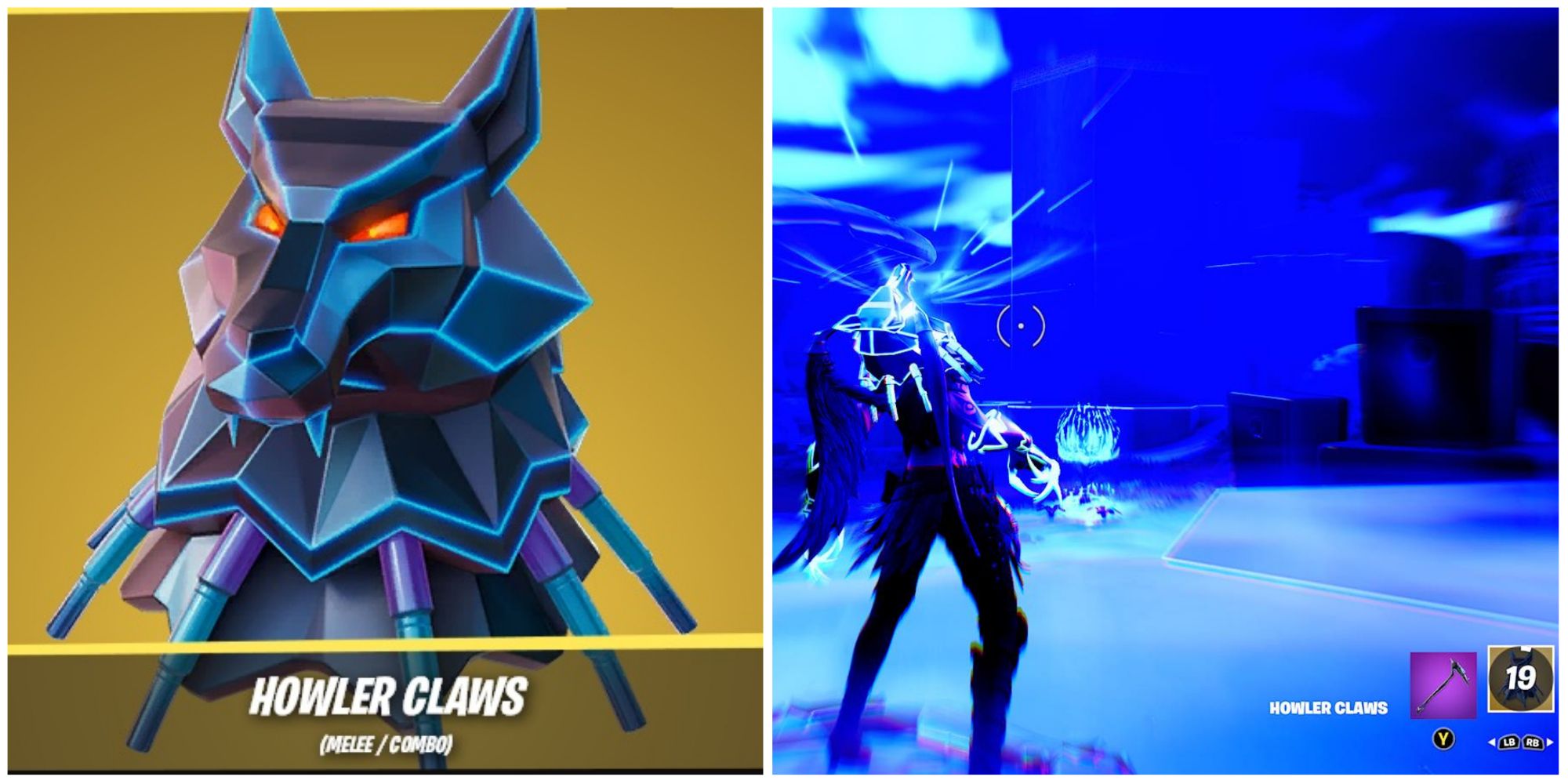 If you really want to gain wolf abilities in Fortnite, you'll have to get the mythic Howler Claws item first. Although it is a physical item that takes up a slot in your inventory, it can't be found as floor loot, inside chests, or by defeating a character – you'll have to perform a ritual to obtain it. And for this, you'll have to find an Alteration Altar. 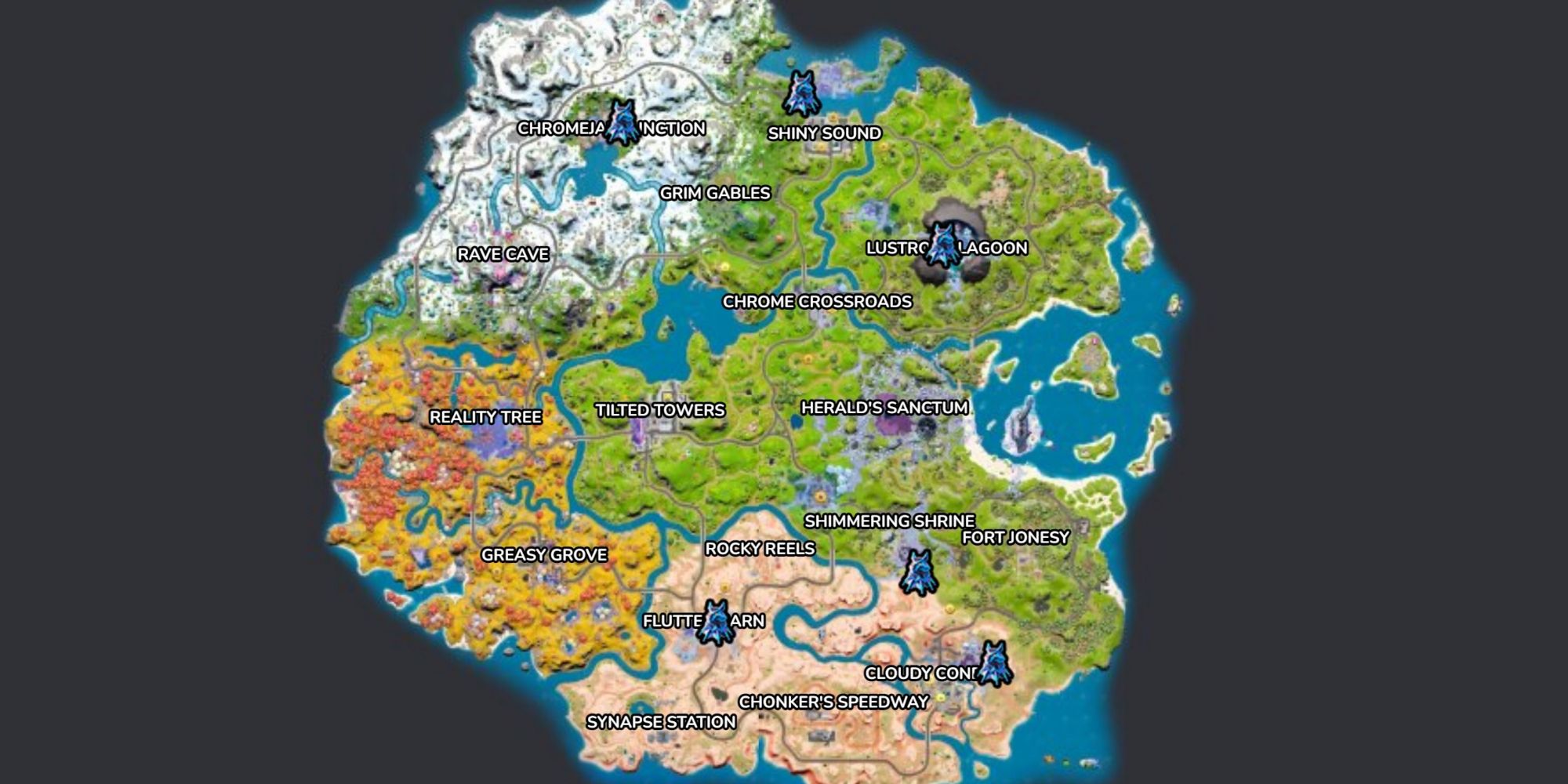 Alteration Altars are Chrome platforms where you can perform rituals and obtain the Howler Claws. They can be found in specific locations on the Battle Royale island. There is one Alteration Altar in Chromejam Junction, Shiny Sound, Lustrous Lagoon, Shimmering Shrine, Cloudy Condos, and Flutter Barn. The picture above shows where to find them.

When approaching any of these named locations, an Alteration Altar symbol will be marked on your map so you can easily spot it.

However, if you really want to live the full experience of turning into a wolf, go down to the Reality Tree POI. 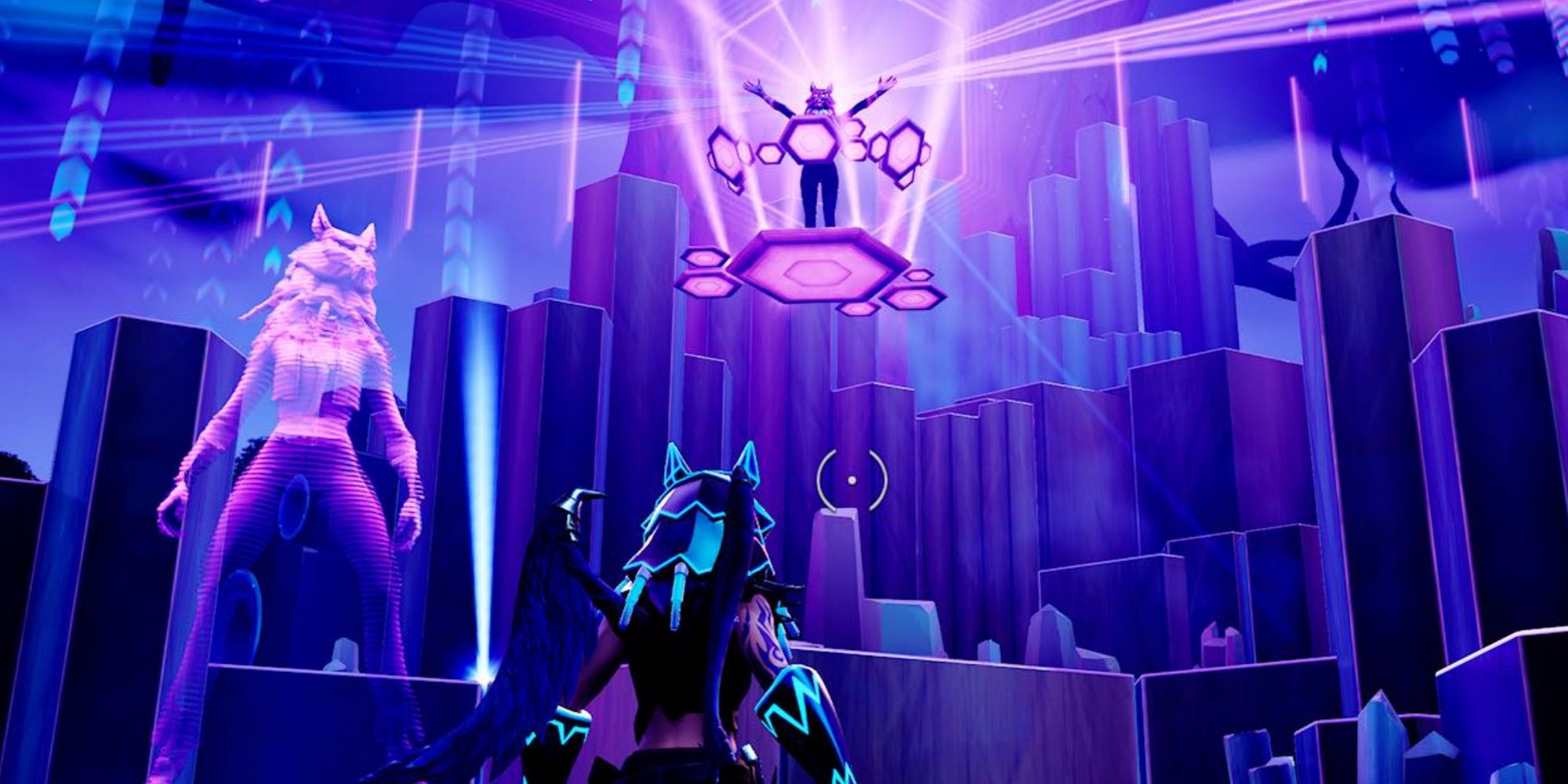 The Reality Tree has drastically changed for the Fortnitemares event. The giant purple tree has been temporarily replaced with a holographic wolf DJ on a platform. DJ Lyka is putting on a techno music show with a mix and inviting everyone that'll join to become a wolf this Halloween. It is truly a unique Fortnite experience that every player should get to enjoy before the end of the event.

So, although there are more Alteration Alters scattered around the island, this one provides a unique experience that shouldn't be missed out.

If you're playing in teams, beware that after someone has used the Alteration Altar, it'll become inactive and other team members will not be able to use it. So, when playing with more people, if more than one person wants to become a wolf, the Reality Tree is the best spot to visit given the higher number of Alteration Altars. 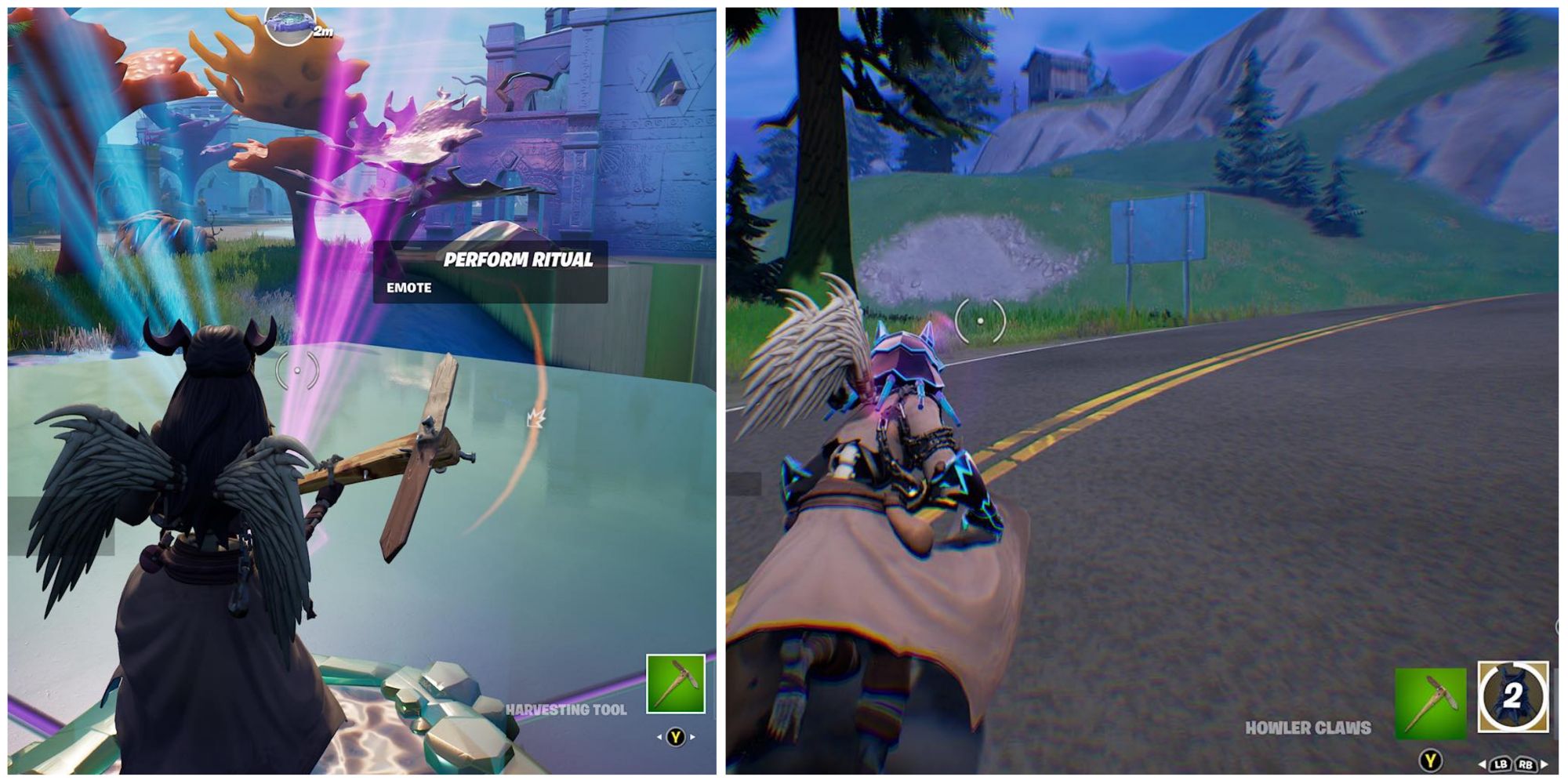 Once you've gotten to an Alteration Altar, walk onto it and the "Perform Ritual" interaction will appear on screen. To perform a ritual and become a wolf, you'll have to emote. Open the emote wheel and only one emote will be available during this time (the Ritual emote). Select it and let your character dance for a few seconds. A short animation will play of you dancing with a giant wolf-like hologram, and then you will howl and acquire the Howler Claws. 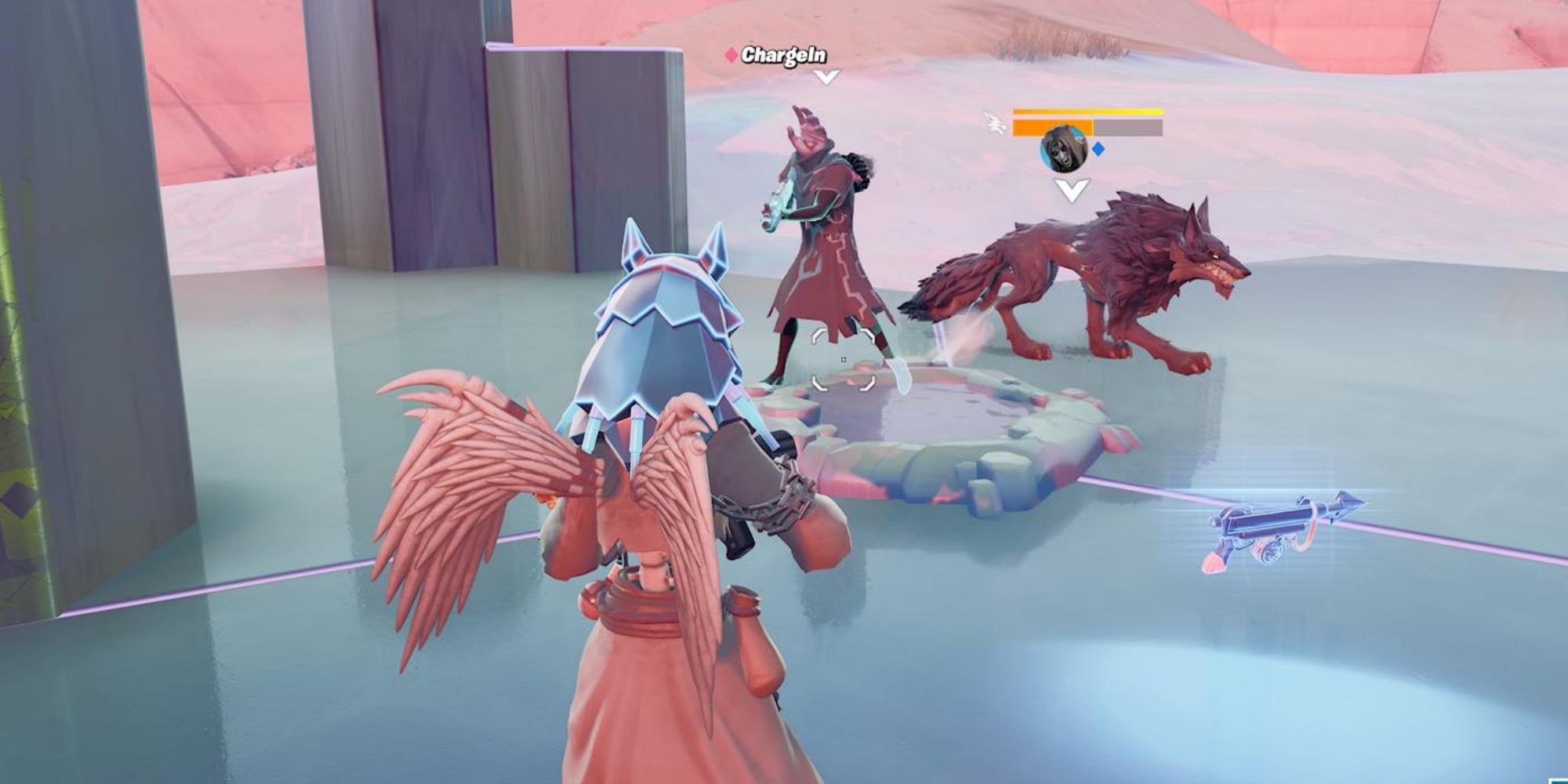 The Howler Claws are a melee weapon that will become equipped as soon as you've performed the ritual. Once in your inventory, they work just like any other item. You can drop them at any point in the game and they'll still be usable, your teammates can pick them up and use them as well if they want. 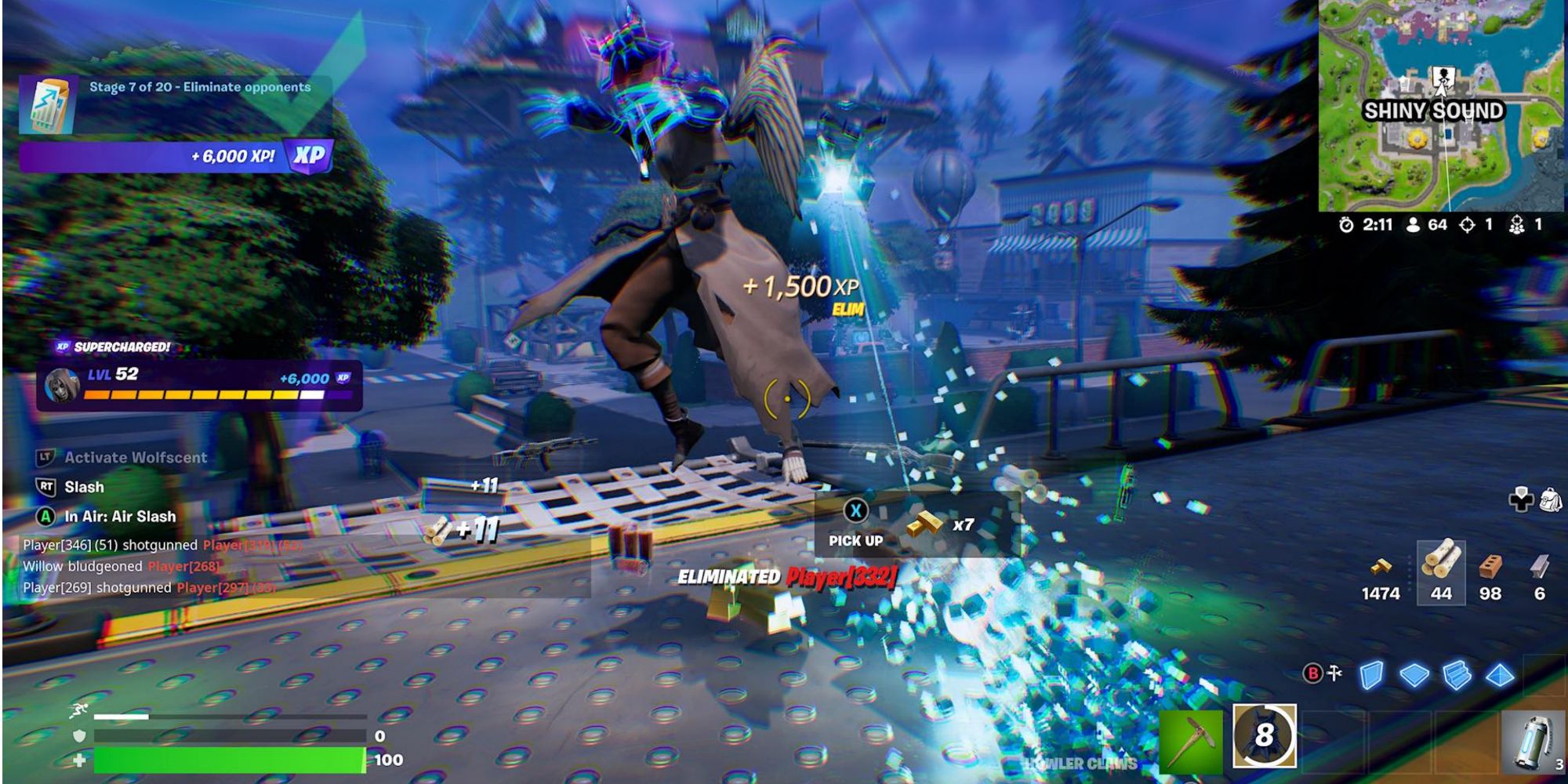 Be careful with how powerful the Howler Claws' melee combos might make you feel. If you enter a combo, it doesn't matter if you stop pressing buttons: the combo won't stop. If you're getting shot at by another player, you might just get eliminated in the middle of the animation.

The Howler Claws are hard to defend against in Zero Build mode. And, even in playlists with building enabled, they can smash throw wooden walls and other structures pretty easily. The Port-a-Bunker item is a great way to keep an angry wolf away.

Wolfscent is a little trick that you can use when you have the Howler Claws equipped. You can activate Wolfscent by pressing the 'ADS' button or keybind. This ability will only activate when there are enemy players nearby, so it's a great way to know if you should be alert or if you're by yourself.

You can only use it every 20 seconds since it has a cooldown to make it more balanced. If there are enemies in a close radius, the ability will successfully activate and enter cooldown. Your screen will become darker and faint glows will appear where your enemies are – it's just as if you were sniffing their human scent. If there are any wolf-like opponents close by, you will also become aware since you will be able to hear your character's heartbeat get louder as they approach.