You are here:
Home / Fortnite: How To Complete The Covert Ops Quests

Fortnite: How To Complete The Covert Ops Quests

In the most recent patch notes, Epic Games announced that soon you would get the chance to win a free harvesting tool in Fortnite. You need to complete the first challenges in order to be eligible for Phase One. The first challenges will be available until April 26, at 8:59 AM ET.

Then every two days a new phase will begin, and if you get through all three stages, you'll receive the Secret Sledge Pickaxe. However, you'll have to complete all previous phases in order to move on to the next one. So, if you want to be able to participate, you'll have to do this first urgent quest. We'll update this guide as soon as new quests come out and we enter a new phase of the challenge. 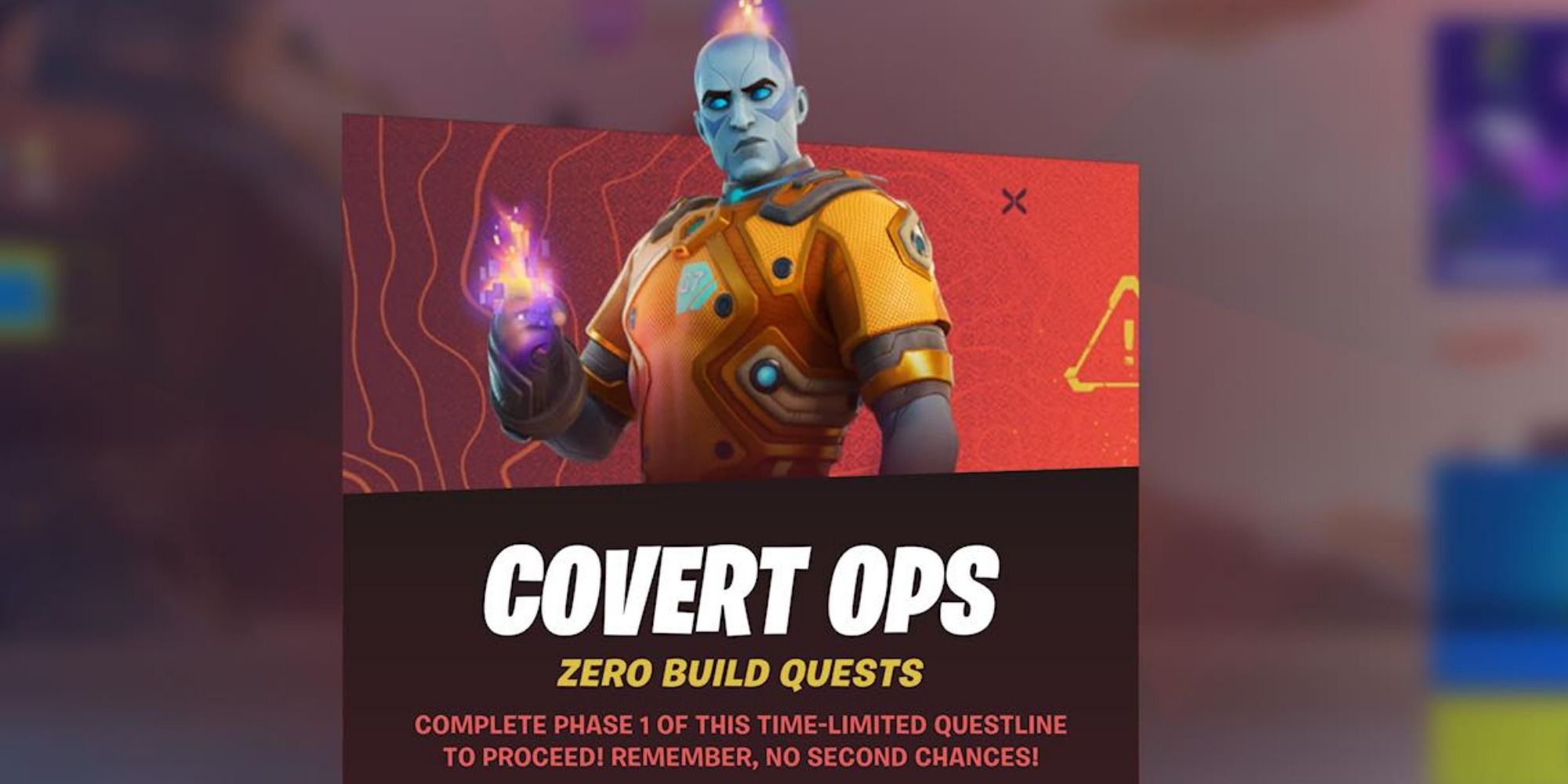 The Origin has a proposal for you, but first you'll need to establish a Device Uplink to help him. There are only two tasks you'll have to do. Then you'll simply have to wait until Phase One starts on April 26.

The Covert Ops quests can only be completed in the Zero Build game mode.

If you even miss just one day, you won't be able to progress. 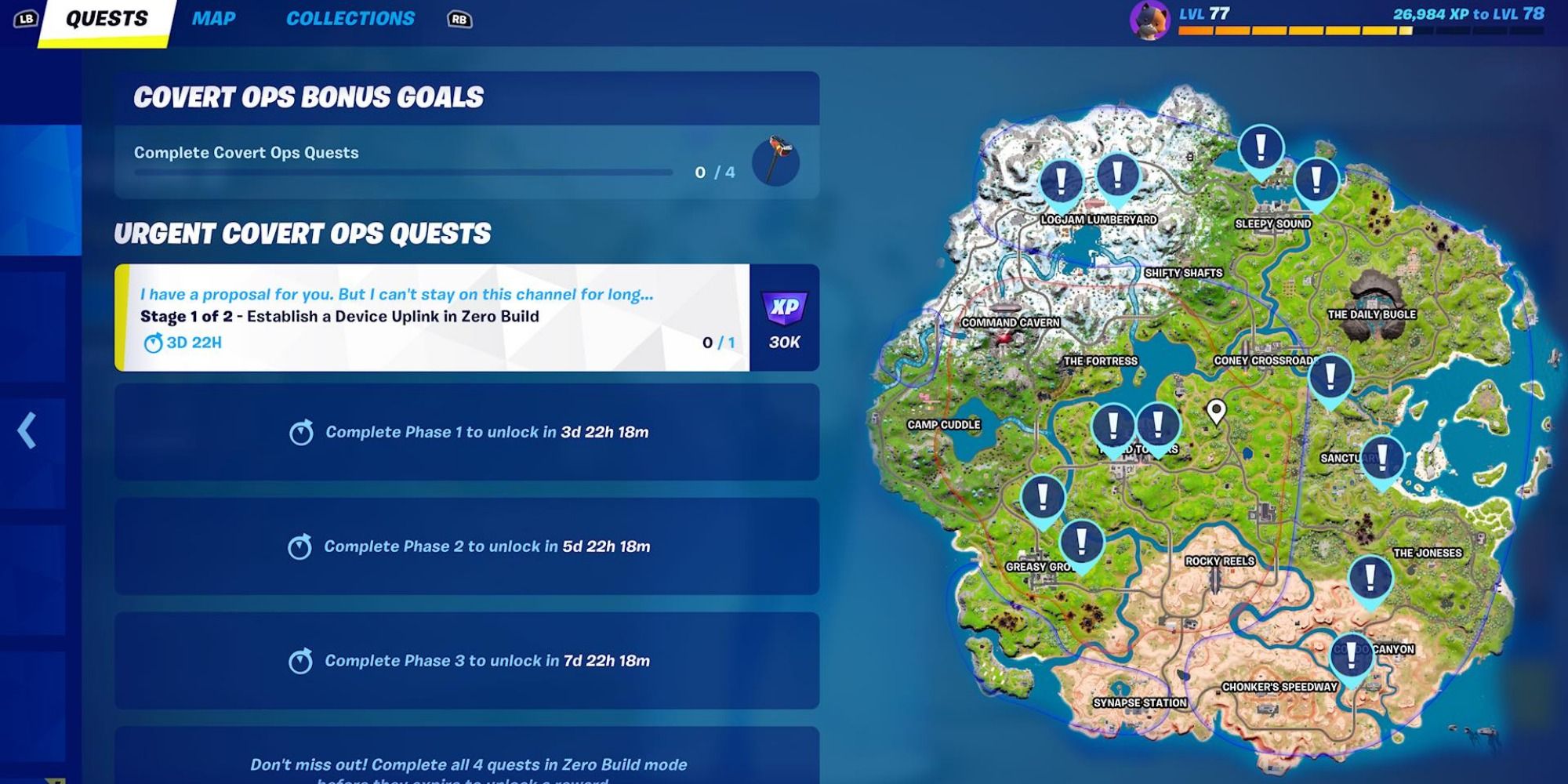 While playing the Zero Build game mode, eliminate a total of ten players. You can do this until April 26, at 8:59 AM ET, so if you have a habit of playing daily, it shouldn't be too much trouble. If you play duos, trios, or squads, just be sure to finish any players that you may knock since you'll get the elimination right away and you won't risk your opponent being revived.