The latest update for Fortnite's Battle Royale mode is introducing gyro controls for an all-new array of platforms. The control scheme, made in collaboration with Julian 'Jibb' Smart, allows users to aim with the movements of their controller. The optional control scheme is optional and can be great for those who have trouble with the twin-stick scheme on controllers.

The v19.30 update also adds flick stick and improved lobby menu systems, as well as a few bug fixes and other improvements. Gyro controls were originally implemented for Nintendo Switch and Android users, but have now been improved significantly.

What Are Gyro Controls? 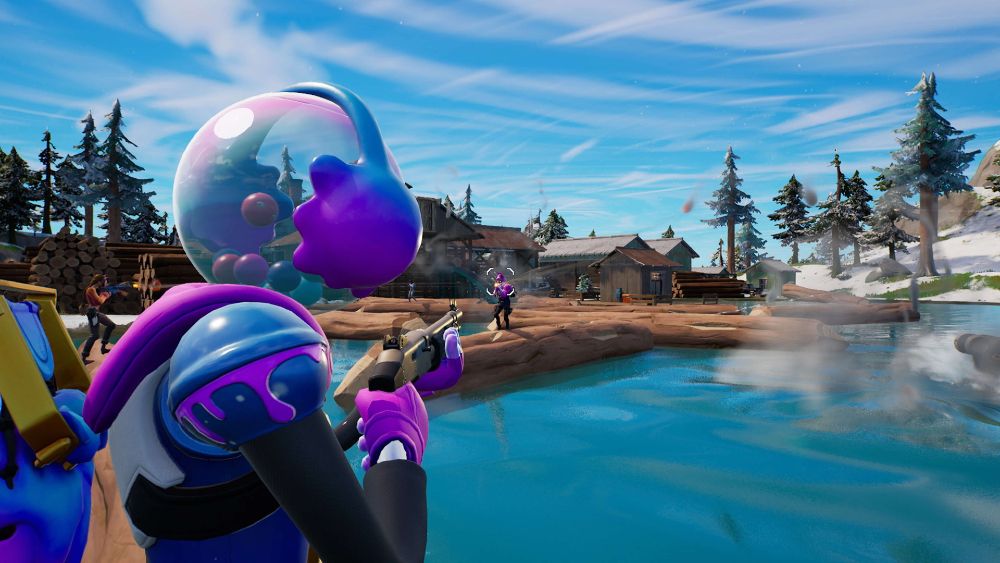 Gyro controls are an optional method of aiming where you move the camera through your own controller movements, similar to the way a Wii remote uses gyroscopic tech to allow you the freedom of movement, as do some PlayStation, Xbox, and other peripheral devices.

Gyro controls are especially beneficial because they allow you the same precision that a mouse does, all with the comfort and utility of a handheld controller. The right stick is still used to turn the camera, so you can still turn around, but aiming is made much easier.

How Do Gyro Controls Work? 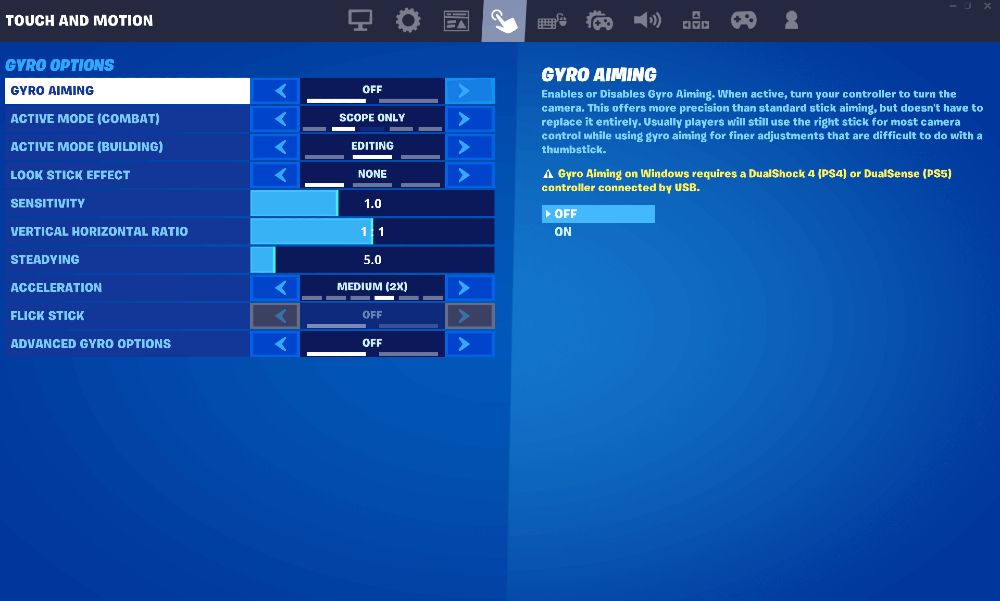 You can activate the gyro controls by enabling or disabling the gyro controls setting in the touch and motion tab. There are a plethora of different scaling and system options to get the best control scheme possible for your own play style.

Active mode allows you to choose when and in what way the gyro controls are activated. For instance, choosing the scope-only setting means that the gyro will only be active upon pressing the aim button on scoped weapons. This means you can pull off precise shots without worrying about when and where your gyro will be ready.

There are two types of active mode settings; combat and building. Combat refers to how gyro controls behave when you're in a firefight, and building refers to gyro schemes when you're creating forts. There are several options to choose from in each setting.

It's also worth having a button bound for temporarily disabling gyro controls if you're opting to have them on at all times. To do this, go to the look stick effect option or binding a control to the gyro modifier option.

On top of this, you can also choose the sensitivity, vertical horizontal ratio, and steadying of your gyro controls. Use these to compliment how you hold your controller in tense situations, especially if you're choosing a combat option.

Finally, there is the flick stick option, which allows you to turn rapidly with the look stick by flicking it in a chosen direction. Do this if you're choosing to have gyro controls on only during aiming, meaning your thumbstick can be used effectively if you're being flanked.