Another anime collab is here, and this time around Fortnite is teaming up with Dragon Ball to bring fans some themed cosmetic items that they can enjoy as they play their favorite Battle Royale. There are tons of quests that you can complete in order to receive some awesome rewards. If you play through enough of them, you'll get the Epic rarity Shenron glider.

At first, the quests may seem a bit confusing and overwhelming as there are different types of objectives, so keep on reading to learn everything there is to know about completing the Dragon Ball Power Unleashed quests. 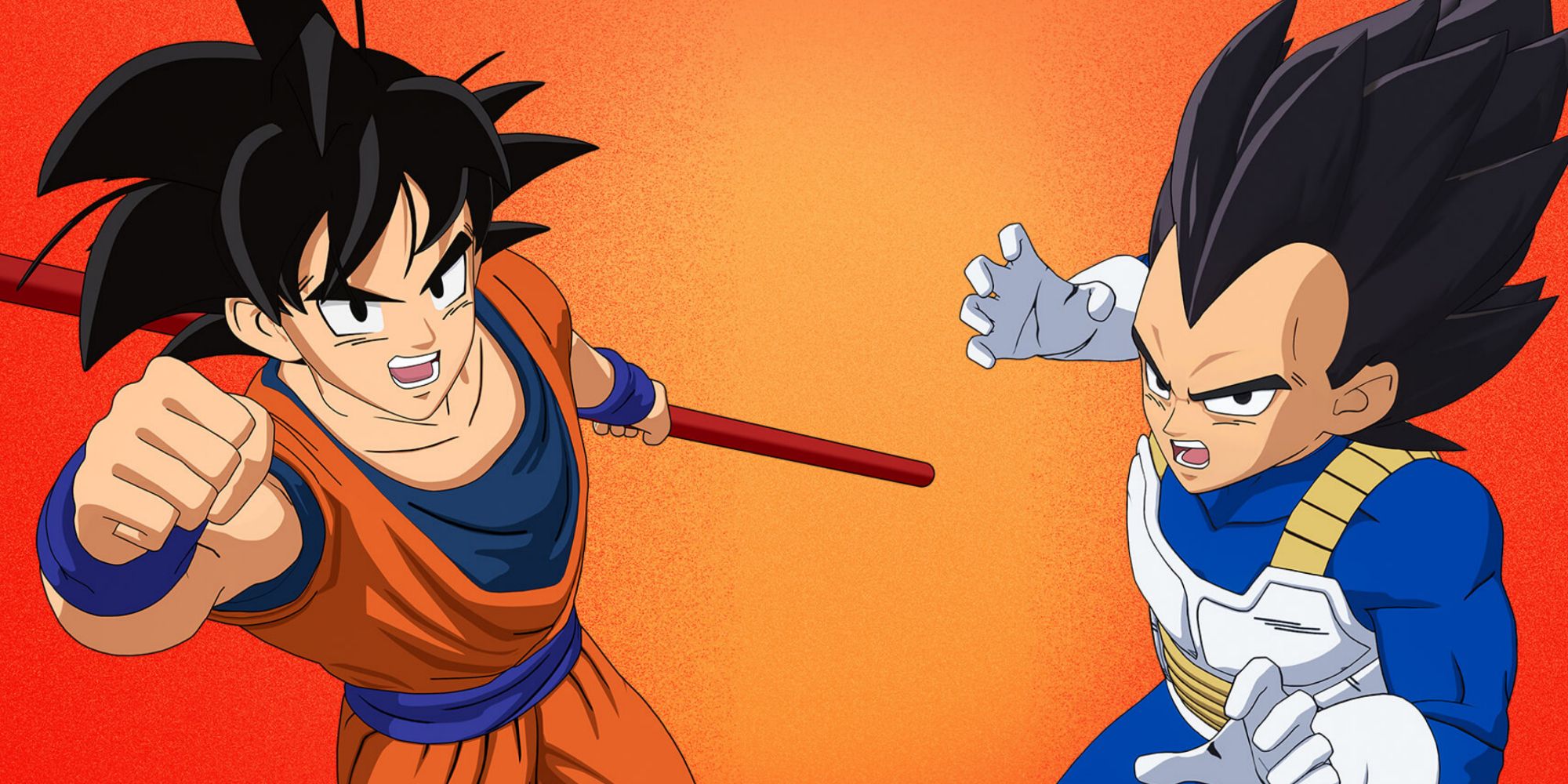 There will be seven Power Unleashed! quest parts released before the event comes to an end on August 30, at 4 AM ET. For now, only three parts have gone live; Warmup quests, Sparring Practice quests, and Strength Training quests, but we'll update this guide every day with the newly released challenges.

Capsule Corp capsules will fall from the sky throughout the duration of the match. Their location will be displayed on the map as they fall.

Once you're close enough to them you can select the 'extract' button, and you'll either receive the Kamehameha or the Nimbus Cloud (Kintoun) Mythic item.

​​​​​​​Versus Boards have temporarily replaced Bounty Boards and, although similar, they work slightly differently. With Bounty Boards, you would simply interact with them and receive a random player's information, so you could hunt them down. Now, with Versus Boards, both of you have to interact with the board, and then you'll get each other's location and have to face each other one-on-one. You will have five minutes to eliminate them, once you activate the board. 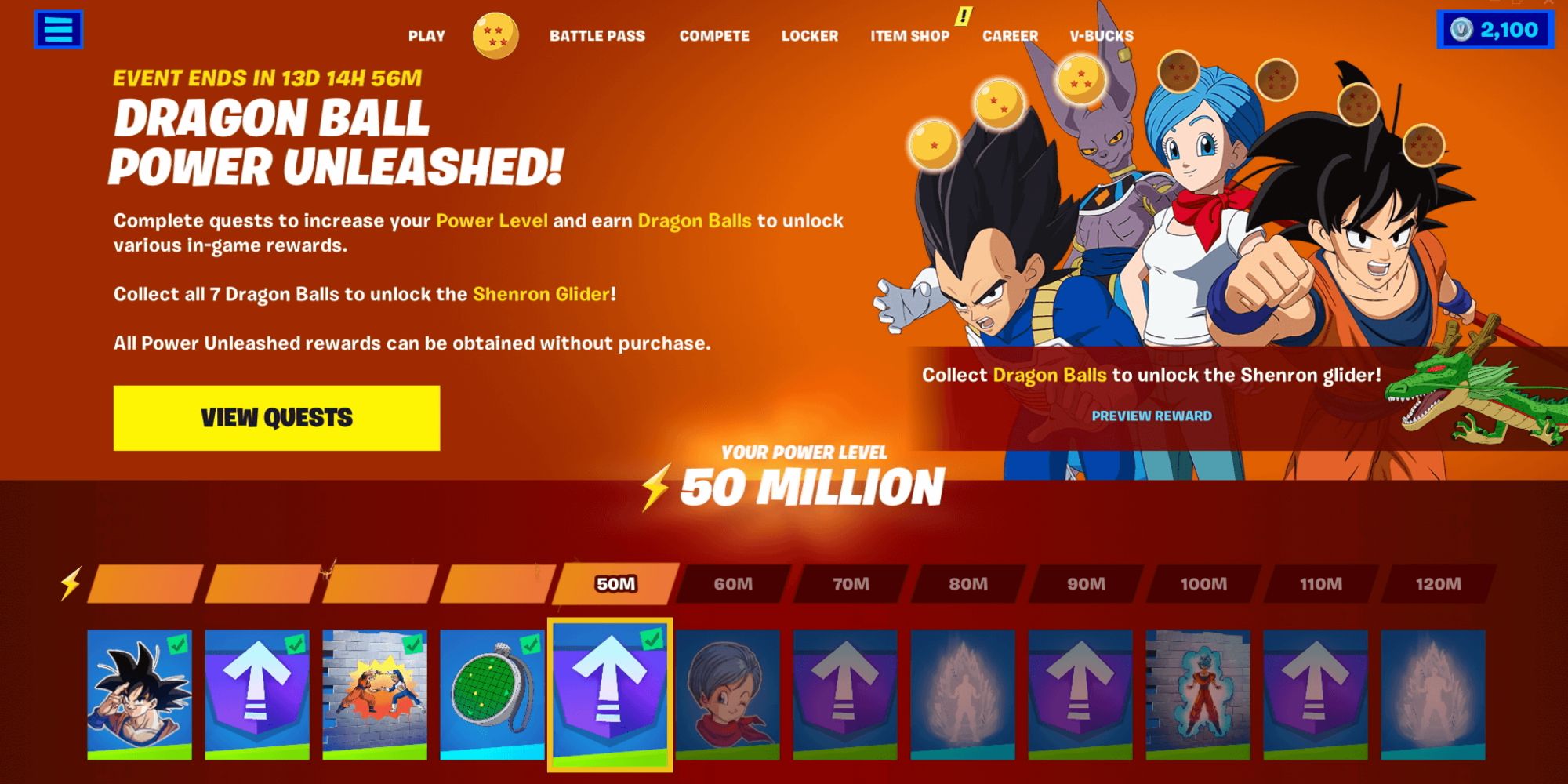 As you complete Power Unleashed! quests, you'll get Dragon Balls or you'll increase your power. Both of these have different in-game purposes when it comes to receiving your cosmetic rewards.

Each time you complete three quests of a certain section of Power Unleashed! quests, you will be awarded a Dragon Ball. If you do this for all seven parts and collect seven Dragon Balls, you'll receive the Shenron glider (although Epic Games have warned players that the glider isn't event exclusive and might be available in the item shop in the future.)

Each time you complete a quest or a quest phase, you'll also increase your Power Level, each time you increase it by ten million, you'll receive an in-game reward. Here are all the rewards you can get:

You can check out your Power Level and Dragon Ball progress in the Power Unleashed! tab between the Play and the Battle Pass tab. Although these quests and rewards will mostly look appealing to Dragon Ball fans, those that don't pay much importance to it can also benefit from them by collecting a total of five level-up tokens. This might come particularly in handy now that the Battle Pass will soon come to an end.

Alternatively, you can also buy these rewards if you don't have enough time to complete the challenges. Increasing your Power Level by one and unlocking a reward costs 150 V-Bucks.

If you know even more about this collab, you can check out the official Epic Games post on their website.