A new season has just started in Fortnite, and it's time to take a look at all the skins players will be able to unlock as they level up their Battle Pass. The battle royale island is entering a very colorful phase, and has gotten a very cheerful makeover with new themed Points of Interest. These next few months will definitely be a fun time!

The IO Forces have been defeated (for now), and all their outposts and airships have been removed from the map. The map is much more friendly looking now, with Vibin' being the season's theme — which creates some fun skin possibilities. Here's what you have to look forward to. 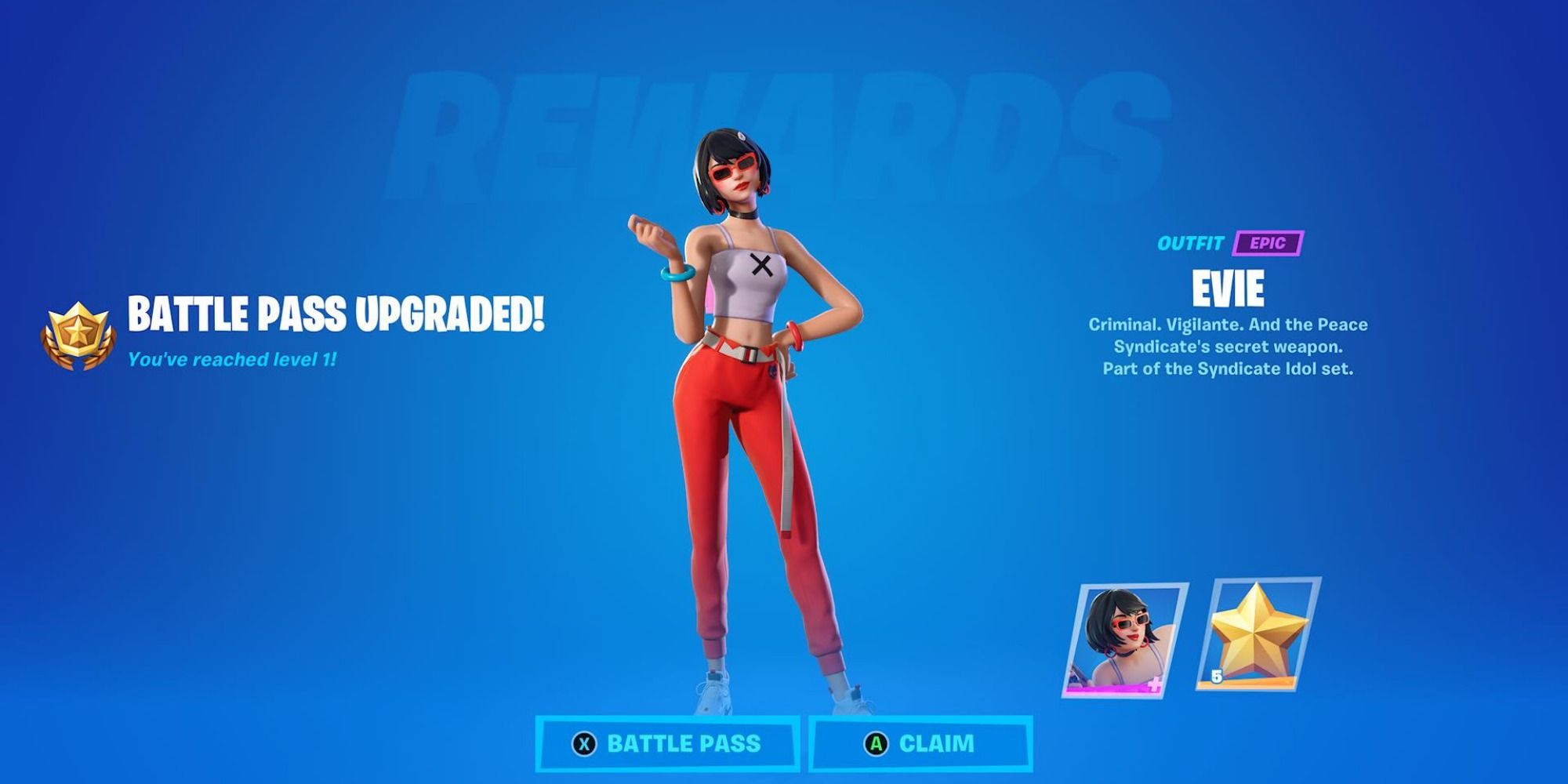 Evie is the first skin you'll get in the Battle Pass, and unlike other skins, you don't have to manually unlock this outfit. You don't need to spend those hard-earned Battle Stars, as she's included by default. Just purchase the Battle Pass and she'll show up in your locker.

She may seem like a simple skin at first, but you'll unlock alternative styles for her as you level up throughout the season. Evie has various customization options, including ones that allow you to change the symbol on her shirt, her outfit, and its colors. 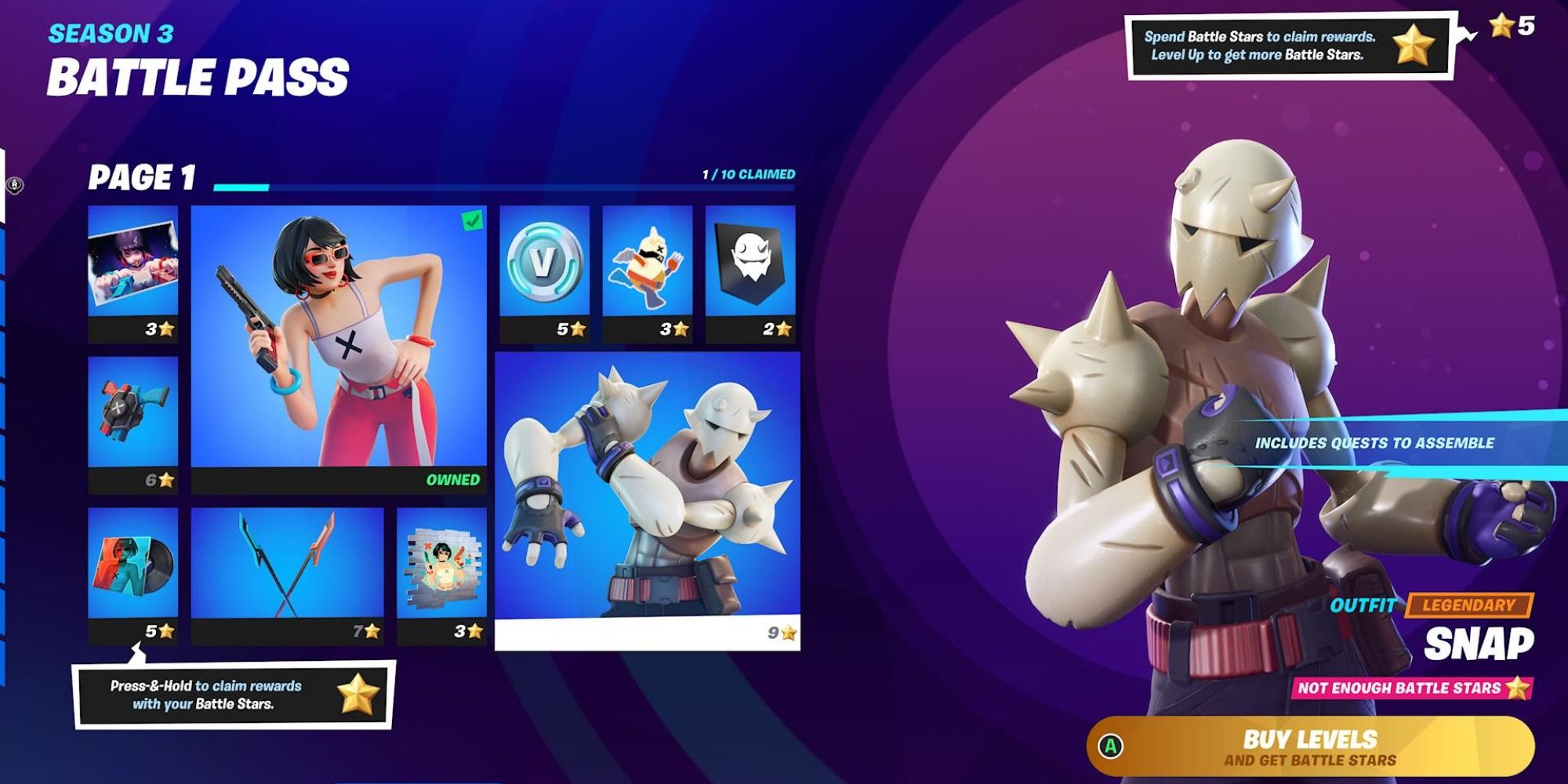 Snap is another skin that's available right from the get-go. You won't have to unlock any new Battle Pass pages to get access to it — simply spend nine Battle Stars and claim it from the first page of the pass.

Once you've unlocked Snap you'll receive a set of quests. They work just like Omni Sword quests from last season. You'll have to visit to several locations all over the map and collect Tover Tokens, and then you'll receive customization parts for the skin. Snap looks just like an action figure, and you can mix and match various parts to make your very own toy. 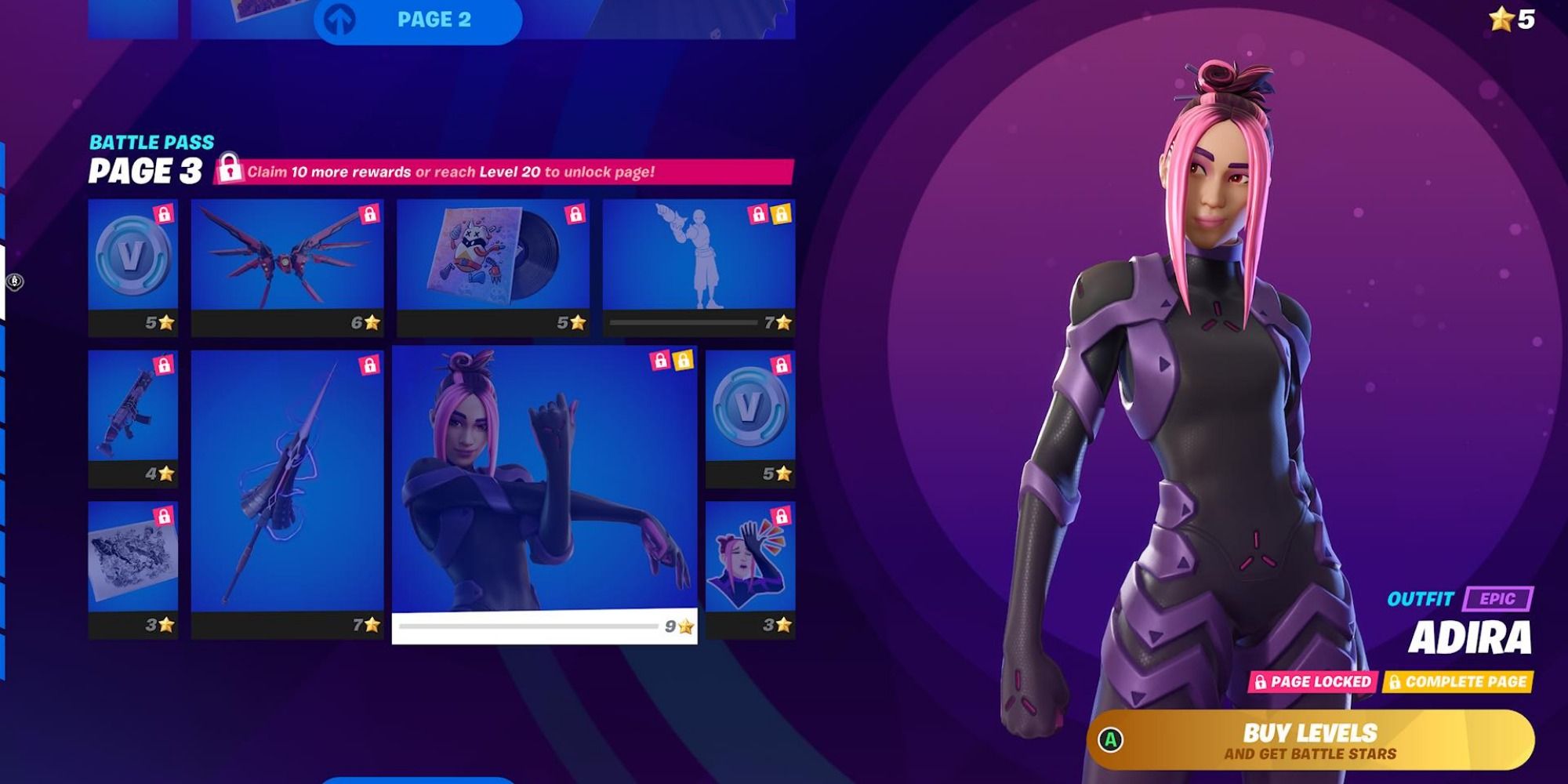 This page is dedicated to all of her set items, and they look pretty great when combined. If you want to get your hands on her not long after purchasing the Battle Pass, be sure to stay up to date with all the weekly quests. 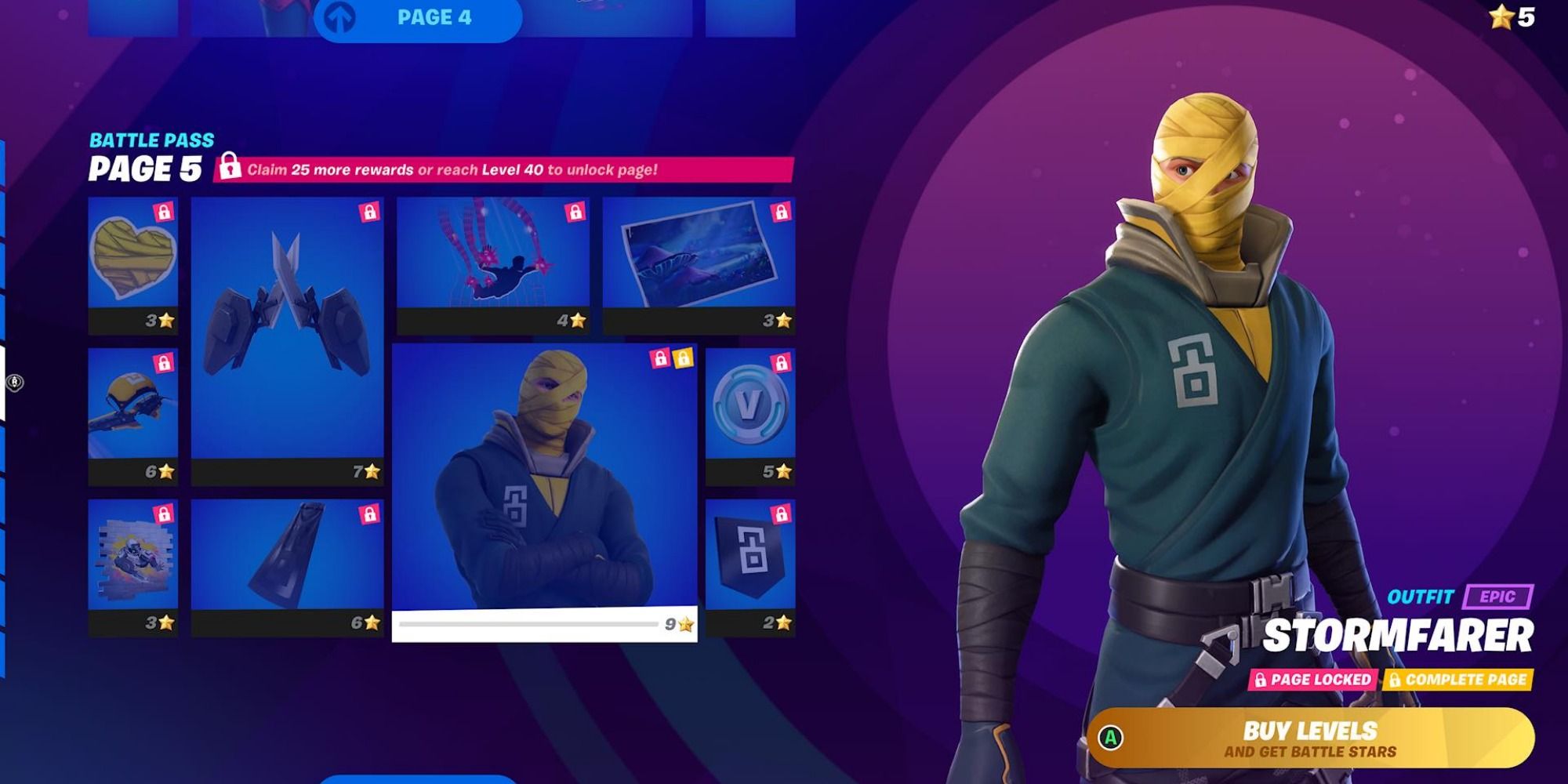 The Stormfarer outfit is found on the fifth page of the Battle Pass. You'll need to either claim 25 Battle Pass rewards or reach level 40 to unlock the page, and then claim all the other rewards on the page before being able to spend the nine Battle Stars on the skin itself.

You can get even more variants of Stormfarer as you go down the Battle Pass, and even once you reach the Bonus Rewards pages. 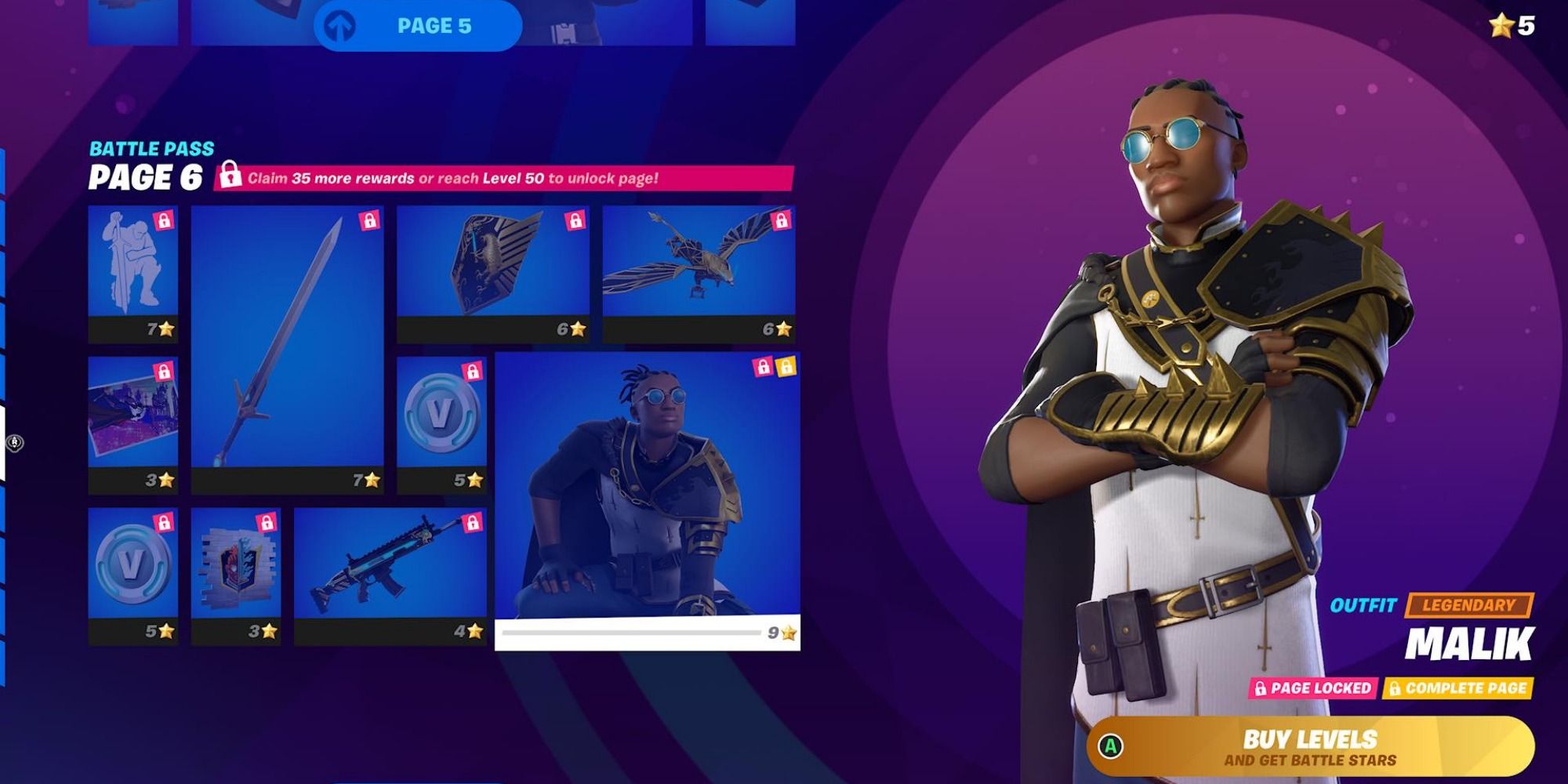 You won't have to wait much longer until you can get a new skin after unlocking Stormfarer. On the very next page you'll be able to get Malik.

He's a a gold-themed skin, and his back bling and glider really turn this skin combination into the ideal set. He fits in with the Vibin' theme perfectly, while still standing out from other, simpler outfits. 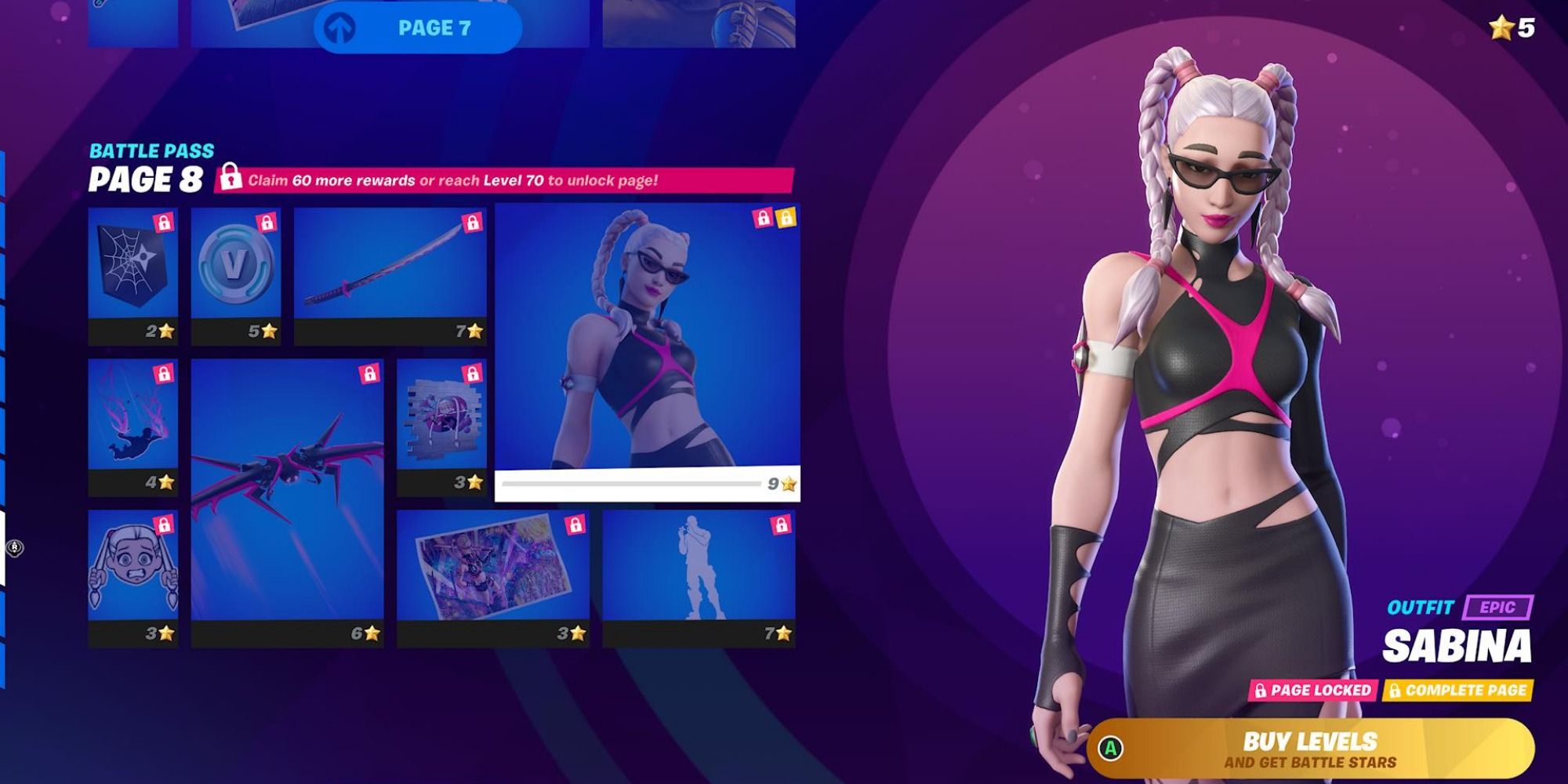 Sabina is a skin that will most likely become very popular once players start unlocking her later on in the season. She's just the type of skin that players will want to use as they show off their building and editing skills. She's very stylish, and her alternative style is just as good as the original.

It'll take a while to unlock this skin, but it'll definitely be worth it. Just be sure to do your daily quests and any weekly quests that might come up, and you'll get there in no time. 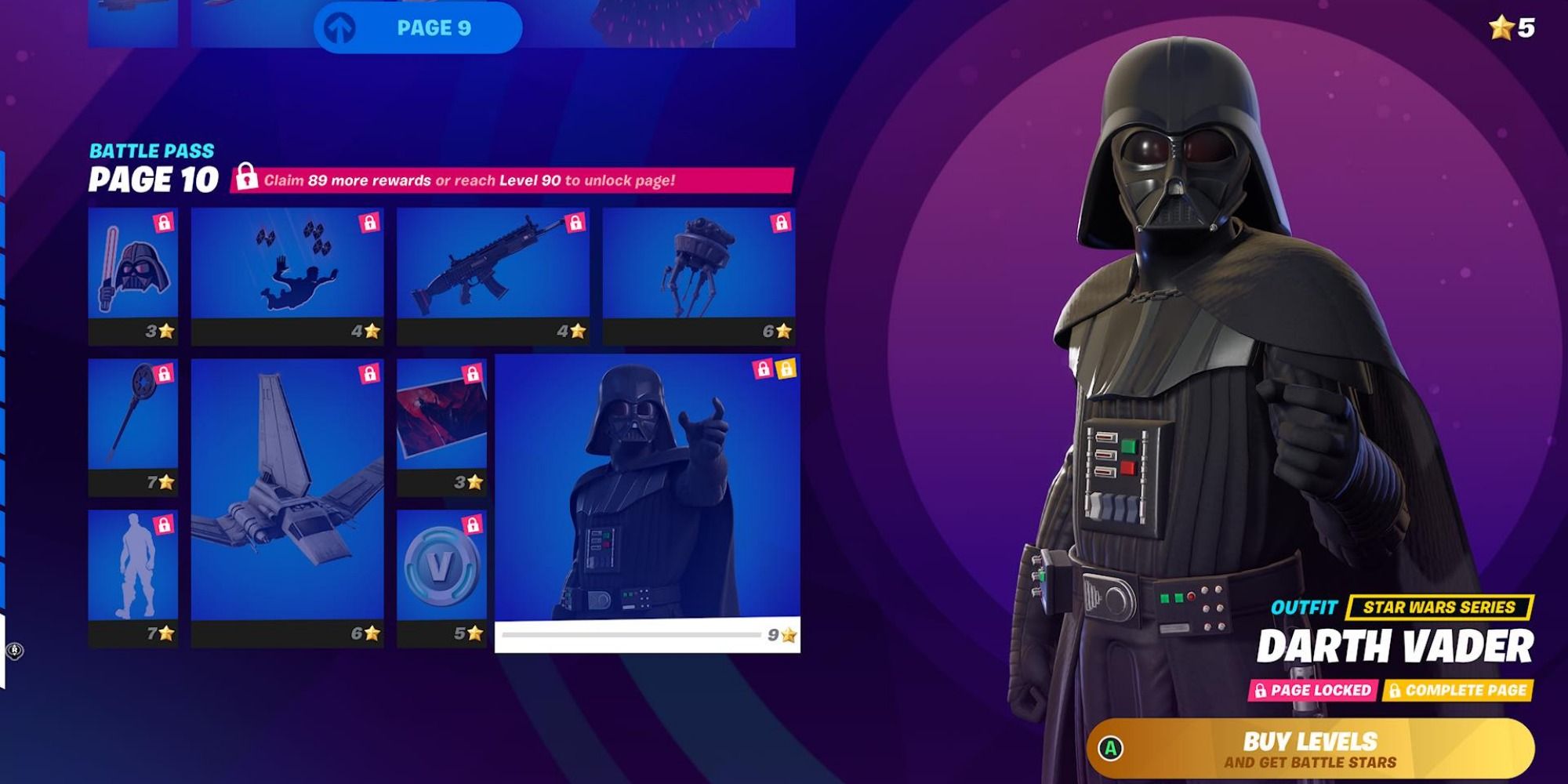 Rumours had been spreading for some time before the new season that Darth Vader would be joining Fortnite as the last skin in the Battle Pass. This has proved true, and as with other skins, you'll need to have to unlocked everything on page ten in order to get him.

It will take some effort to get there, because you'll also need to have unlocked everything on every other page before Vader's page becomes available. However, if you're a Star Wars fan then it'll definitely be worth it. There's even an Imperial March emote that you can use, with the notorious music playing the background. 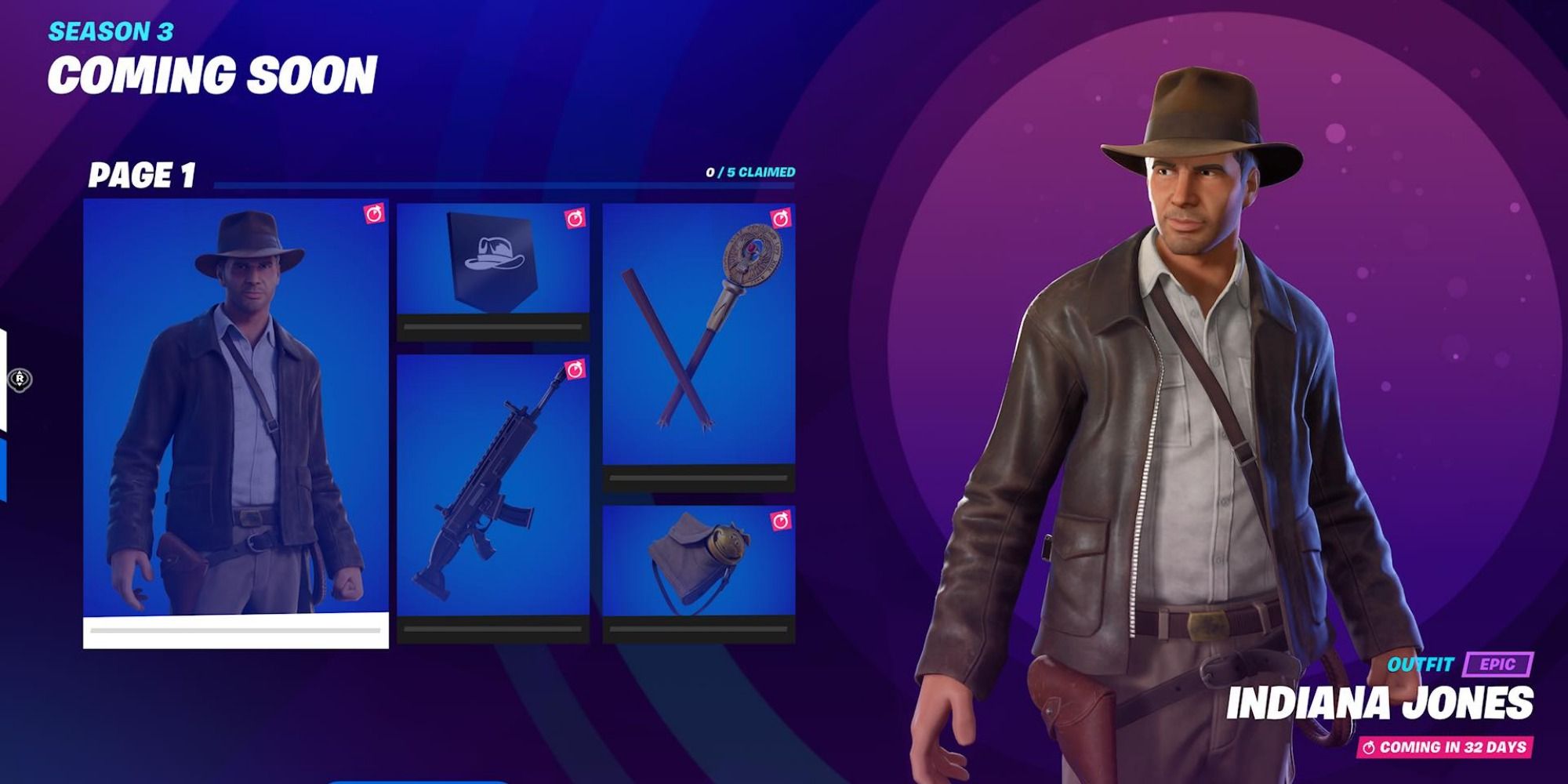 Another awesome character joining the Fortnite roster is the one and only Indiana Jones. He'll join the Battle Pass in some form a month after the season begins.

If it's anything like last season's Prowler skin, then the Indy skin will come with a set of quests that will need to be completed before the skin is added to your in-game locker.