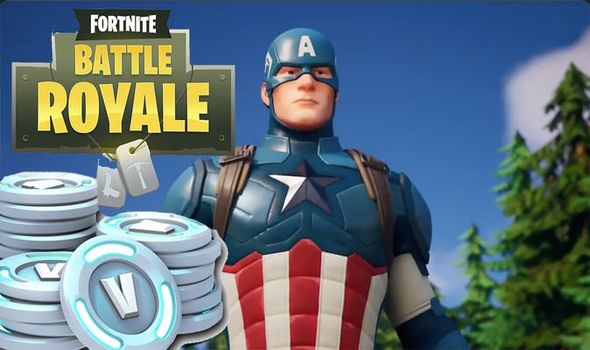 To celebrate Independence Day in the US, Fortnite fans can purchase the patriotic Marvel hero for a limited time.

The Captain America skin was leaked in the recent Fortnite update 13.20 game files, before launching in the July 3 shop update.

The news was announced by Epic Games on Twitter: “Armed with his indestructible shield and iron will, Super-Soldier Captain America will take on any obstacle thrown his way.

The Captain America outfit can be purchased for 2,000 V-bucks from the in-game shop.

In addition to the Captain America costume, all purchases include the Proto-Adamantium Shield, which can be equipped as back bling or as a harvesting tool.

For an additional 300 V-bucks, players can also get the Grand Salute emote, complete with fireworks.

Because it’s a special item – and with the July 4 celebrations taking place this Saturday – the new skin should be available until at least Sunday, July 5.

There’s a chance it could stick around a little longer, but it’s probably best to pick it up sooner rather than later, just in case.

While the Captain America outfit doesn’t come with its own selection of Style Challenges like Aquaman and Deadpool, fans have discovered a secret task.

The new challenge tasks players with setting off five sets of fireworks around Lazy Lake.

There are six sets of fireworks in total, all situated on the outskirts of Lazy Lake. The video below shows the exact location of all the fireworks.

Once exploded, the fireworks make the Captain America logo, so be sure to look up and see your handiwork.

In addition to Captain America skin, update 13.20 also added a new weapon, a deployable workbench, as well as LTMs for Season 3.

As teased earlier this week, the Flare Gun is the big new addition to the Fortnite Battle Royale weapons list.

The Deployable Workbench, meanwhile, is said to provide easier access to upgrading and sidegrading weapons.