Updated November 9, 2022, by Ashely Claudino: We've updated this guide with the latest information on the pack. Ayida's Level Up Pack has just gotten its second set of quests and seven more levels can be collected.

How Level Up Packs Works 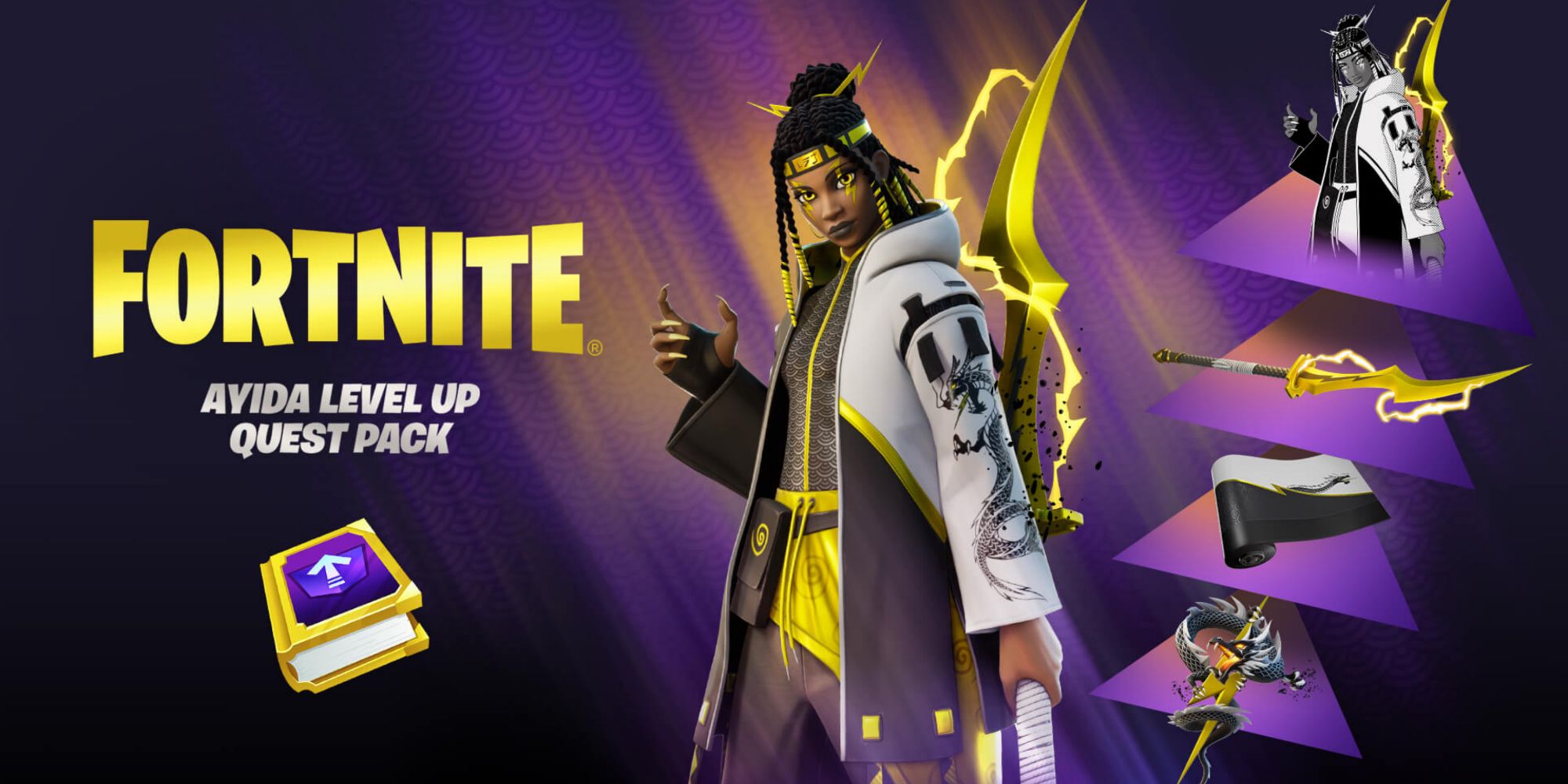 Level Up Packs are a way to level up quickly, right before the season ends. The pack is updated weekly over the course of three weeks after its initial release. Each week, seven tokens are added to the game, and you must collect them to earn levels.

You always increase a full level after collecting a token; this means that you earn the same amount of experience points as a complete level.

In total, 28 tokens will be available after the last update, each worth one level. This means you can increase your season level by 28 levels if you get all the obtainable tokens. You have until December 3 to get through the quests before they're gone for good. 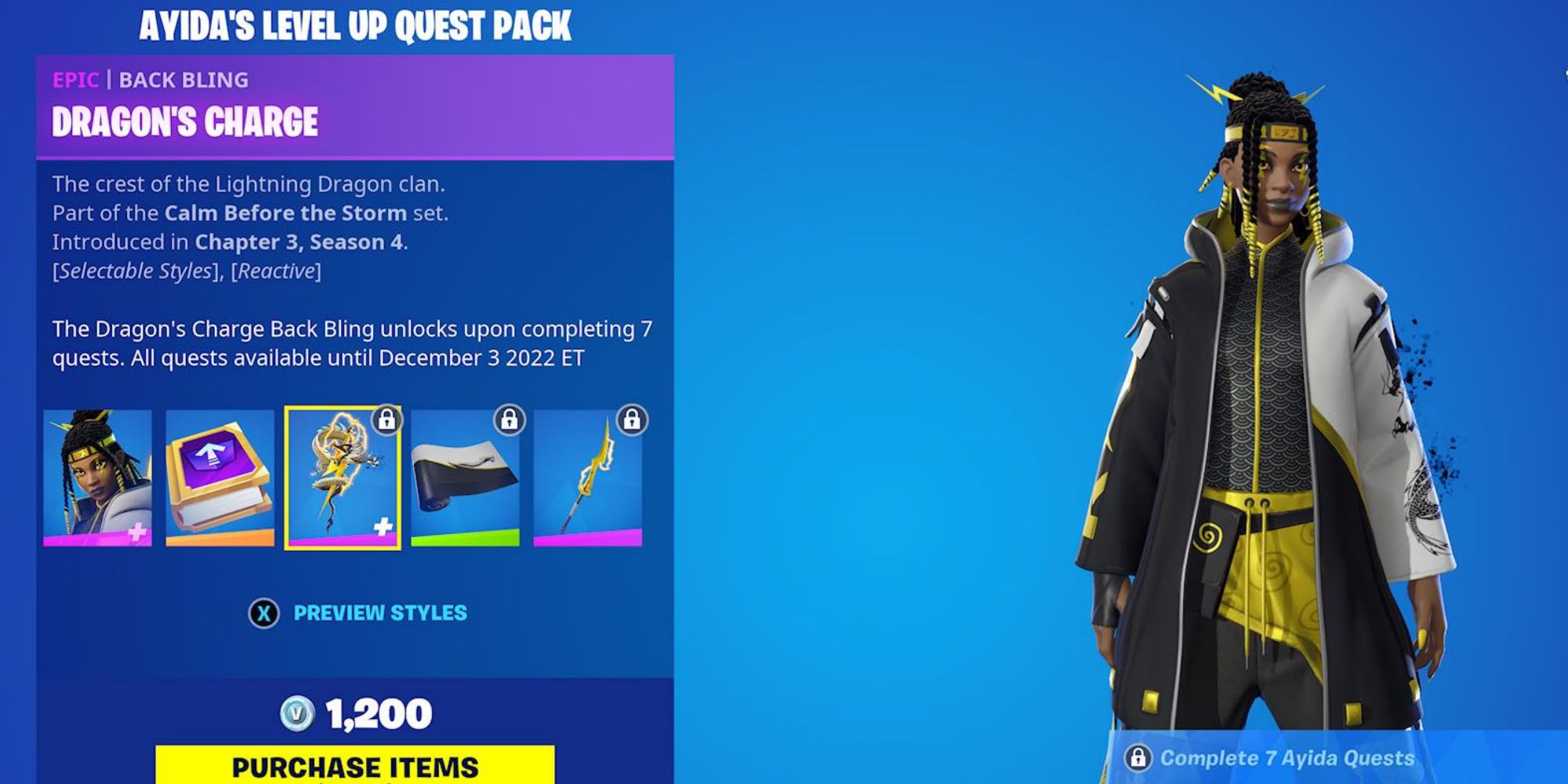 For now, you can only unlock the Dragon's Charge back bling and the Dragon's Dominion wrap. We'll update this guide once more quests are available. 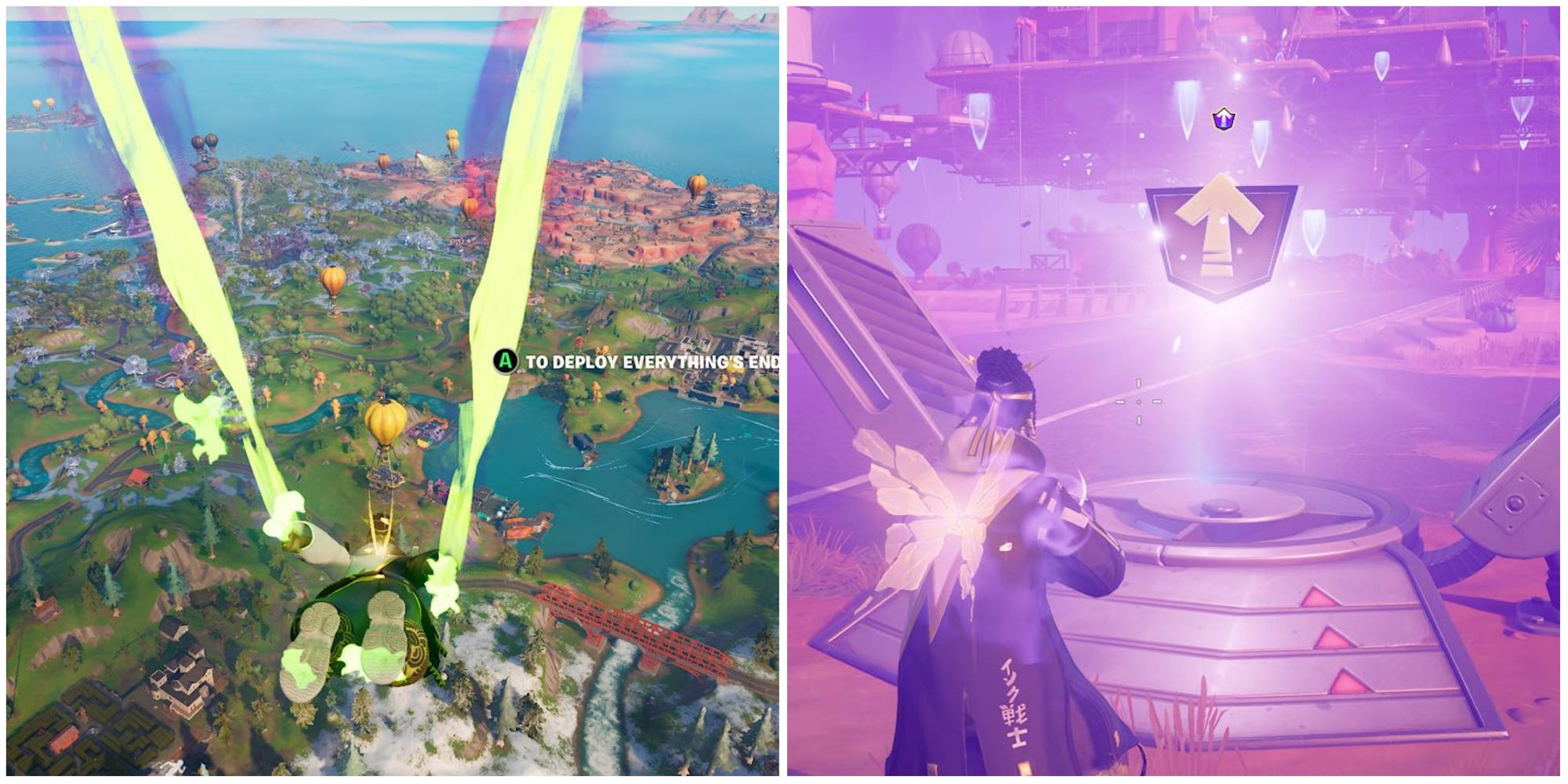 The first set of tokens as part of the Ayida Level Up Pack are the Sky Level Up tokens. This means that if you get all seven tokens you can unlock the Dragon's Charge back bling right on this first week.

It's possible to collect the seven tokens in just one match if you're not afraid to get into the storm if you have to and if you follow a specific route. Here is where you can find the tokens and directions to follow if you'd like to get it done as soon as possible: 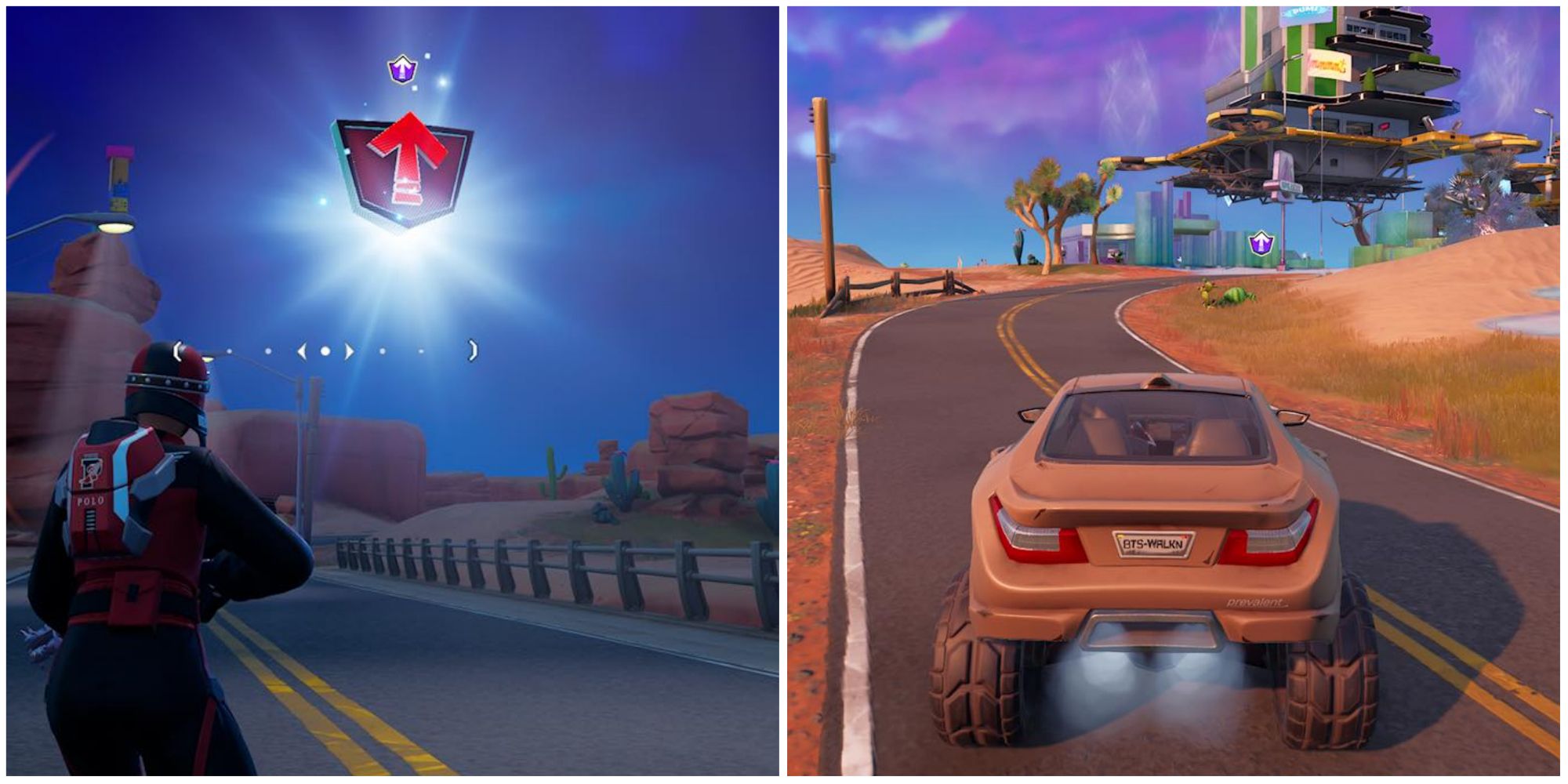 Week two has just taken off which means that you can grab seven more Level Up tokens and finally get your hands on the Dragon's Dominion wrap, a black and white wrap for your coolest weapons.

This week, the tokens that you'll have to go collect around the map are called Fuel Level Up tokens. The route that you have to take to get the tokens is all throughout the same road, so perhaps Epic Games meant for players to do this in a vehicle. Fittingly, five of these tokens have been placed in front of gas stations and two other two are near vehicle spawns.

Since all of the tokens have been put on the same road, it's quite easy to follow it as you go, and therefore you can most certainly grab them all in the same match if you don't run into any interruptions.