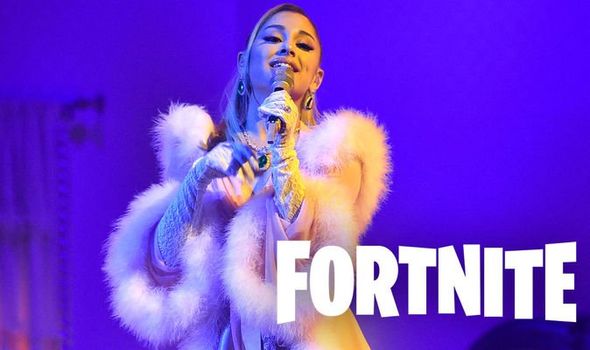 The Fortnite Rift Tour debuts on Friday August 6, and will include five shows that takes Fortnite fans on a “magical” journey.

Interestingly, Epic Games has so far kept who will be headlining the Fortnite Rift Tour under wraps.

The Fortnite makers have teased a “record-breaking superstar” will be performing at the Rift Tour.

And that description fits the bill of pop superstar and all-round icon Ariana Grande.

Epic Games revealed the first details on the Fortnite Rift Tour on Thursday July 29, and said some “big” news on the event will drop on Monday August 2.

In a blog post the Fortnite team said: “From August 6-8, take a musical journey into magical new realities where Fortnite and a record-breaking superstar collide. Dive into the Rift Tour.”

They went on to add: “On August 2, we’ll be sharing more big news on the Rift Tour. Get ready!”

In the run-up to the Fortnite event Battle Royale players will be able to unlock some free rewards for the Rift Tour.

Up until August 8 players will be able to unlock the first wave of rewards for the Rift Tour.

Epic Games has also announced the dates that the Fortnite Rift Tour will be taking place on.

Here are the times and dates…

In the run-up to the next Fortnite event posters have gone live in-game, and finding these in-game items are central to one of the new Fortnite Rift Tour challenges.

These posters had leaked previously, and when these items first emerged only added weight to the Ariana Grande rumours.

That’s because all of these posters have strong links to the Thank U, Next singer.

One of the posters has the same colour scheme of an outfit that Ariana wears on stage.

While another one of these posters appears to be named after Ariana’s pet Piggy Smallz.

And the third and final poster is called Rain On Me, which is the name of one of Ariana Grande’s songs.