You are here:
Home / Forspoken: Who Is Frey?

Forspoken: Who Is Frey?

Alfre Holland, or Frey, is the protagonist of Forspoken. She's a foul-mouthed New Yorker who has been dealt all the worst hands that life could possibly have dealt her, and the beginning of the game has her at her wit's end. Transported to Athia, her reactions are interesting – she is curious, but also determined to get back to the normality that she's used to.

Frey is a complex character, and her past is quite mysterious. Over the course of Forspoken, she grows greatly as a person, and as a sorceress, and it's fascinating to see the difference between Frey at the start of the game and Frey at the end of the game.

Please be aware that this article contains massive spoilers for the plot of Forspoken. Read ahead only if you're okay with that. 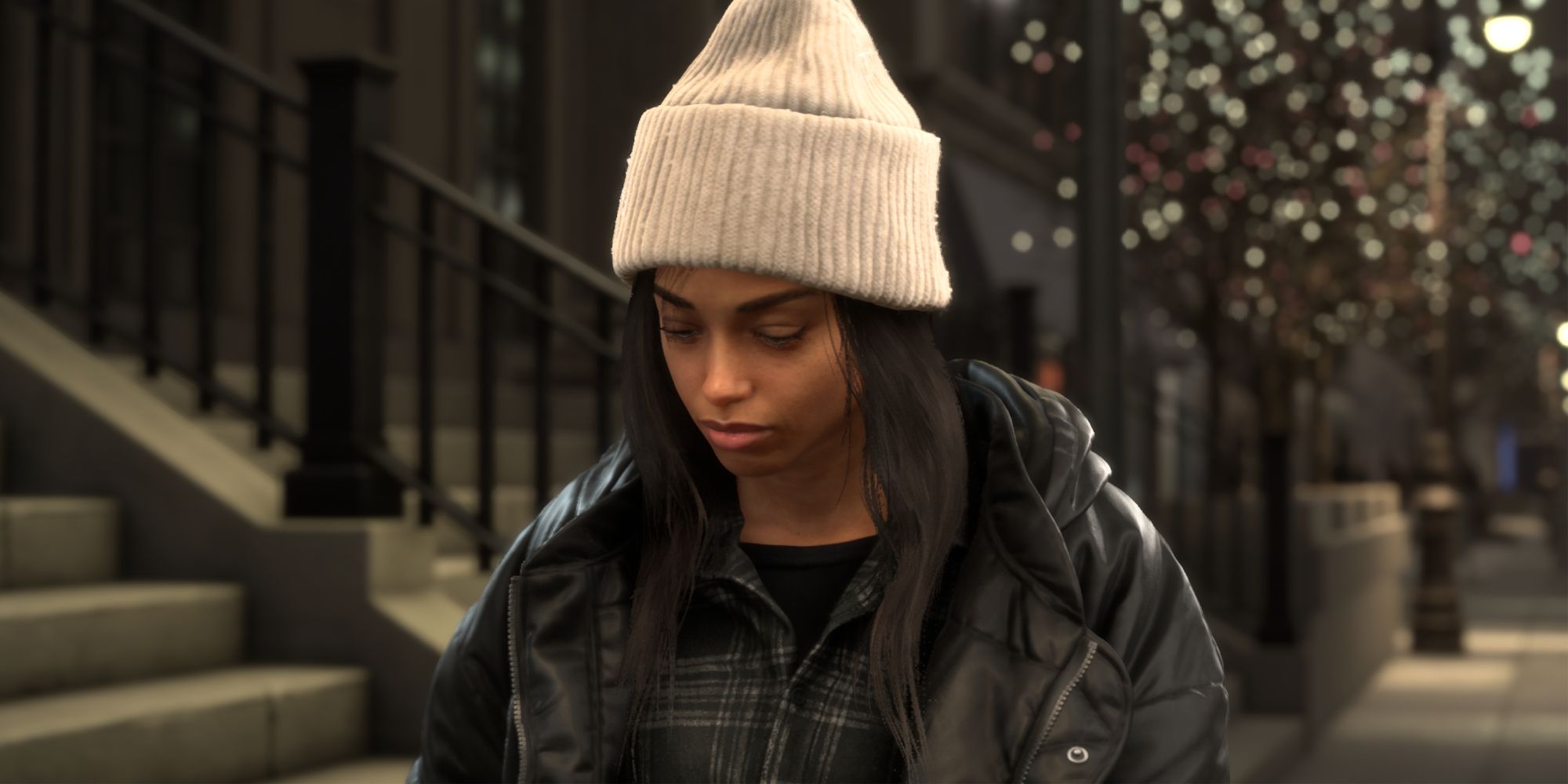 We first meet Frey in a courtroom as she receives a sentence of community service. The first hour of the game illustrates that Frey does not have an easy life – she is homeless, an orphan, and living in an abandoned apartment in Hell's Kitchen with her cat, Homer. While she has done her best to make the apartment cozy, she dreams of escaping the city and the life she leads.

Through conversations with Cuff later in the game, we can learn more about Frey's life on Earth. While it's plain that she has a love of reading, we learn through a cutscene that this was a love imparted to her through one of her foster mothers. This foster mother was a kind woman, apparently, but gave Frey up to have a family of her own – this goes some way to explaining Frey's general bitterness towards the notion of family and her caring instinct towards young children.

Her relationships on Earth are not very positive, to say the least. At the start of the game, she is in debt to a local crime lord and refuses any help willingly offered by a kindly judge, Maya Bird.

Frey's odd name, Alfre Holland, comes from the embroidered blanket she was found in as a baby, and the name of the bridge she was found under. 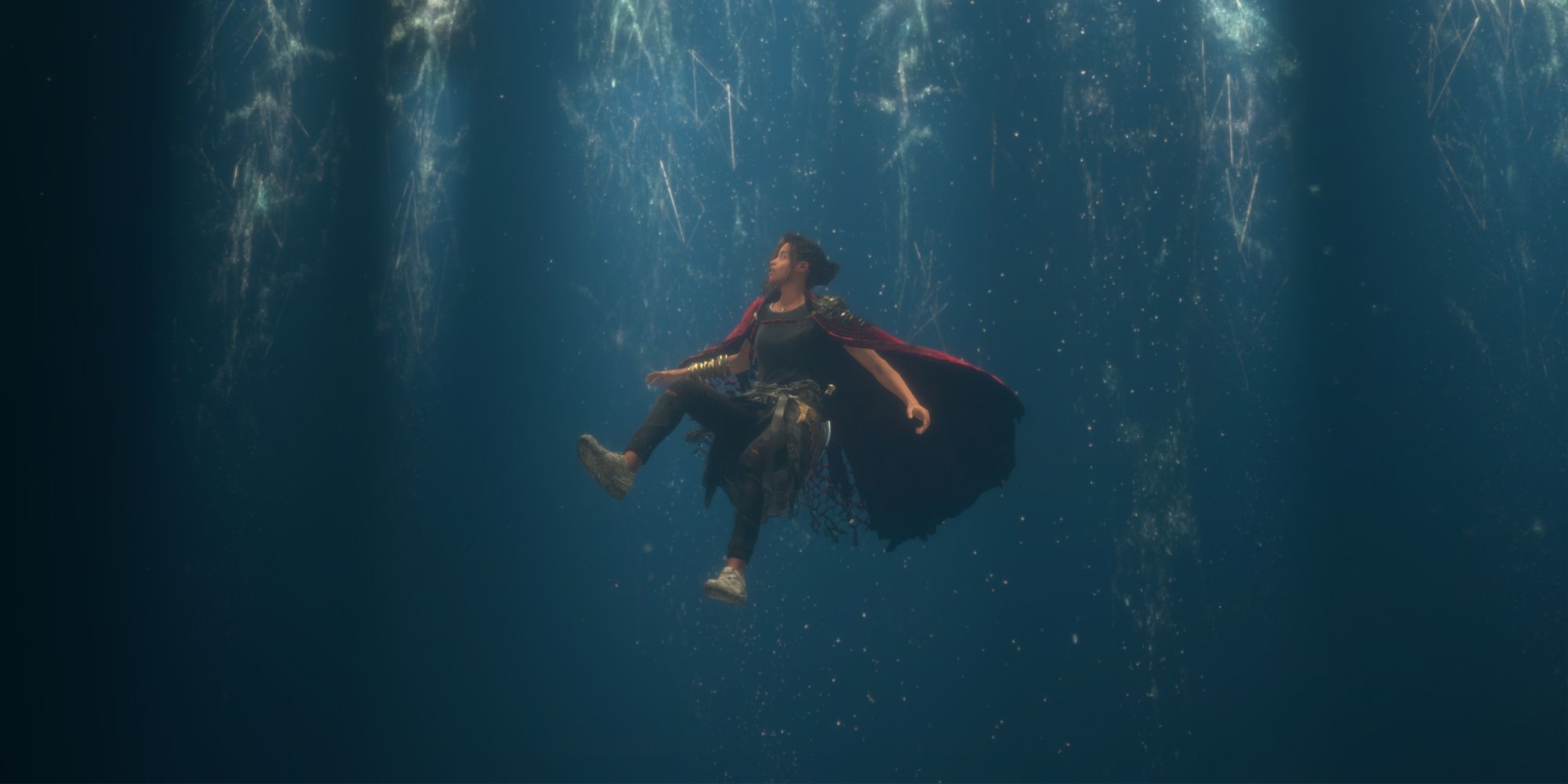 After her apartment burns down and she entrusts Homer to Maya Bird for safekeeping, Frey returns to Holland Bridge to contemplate her life. It's at this moment that a magical spark draws her to an abandoned shop, and inside she finds Cuff. She puts him on, and is then transported miraculously to Athia, through a torana.

In Athia, Frey is able to communicate with Cuff telepathically, use magic, and resist the effects of the Break, the supernatural plague that eradicated 99 percent of Athia's population. One thing leads to another, and Frey ends up a resident of Cipal, the one surviving settlement on Athia. Her quest to get home leads her to many places across Athia – as she travels, she gets stronger and confronts the Tantas, the sorceresses who used to rule over the land fairly and kindly, before they were Broken.

Her relationships on Athia are a little more positive than what we see on Earth. One of the first connections she makes is with Auden, a healer who breaks Frey out of jail and becomes a fast friend, whether Frey wants her friendship or not. Through Auden, Frey meets Robian, a man thought dead, and starts relying on him and his knowledge of the torana to get home. She also meets Johedy, who is stern, but helpful, pushing Frey in the right direction towards accepting her destiny as the hero of Athia.

Frey also meets Olevia, a young girl who Frey can't help but have time for who is full of optimism and enthusiasm. It is Olevia's death that pushes Frey to confront Tanta Sila, a journey that leads to Frey learning far more about Athia and its history. She even starts learning Athian script, with the help of Cuff.

It is through these relationships and journeys that Frey comes to feel an affinity for Athia, but there is another factor: her parents.

Who Are Frey's Parents? 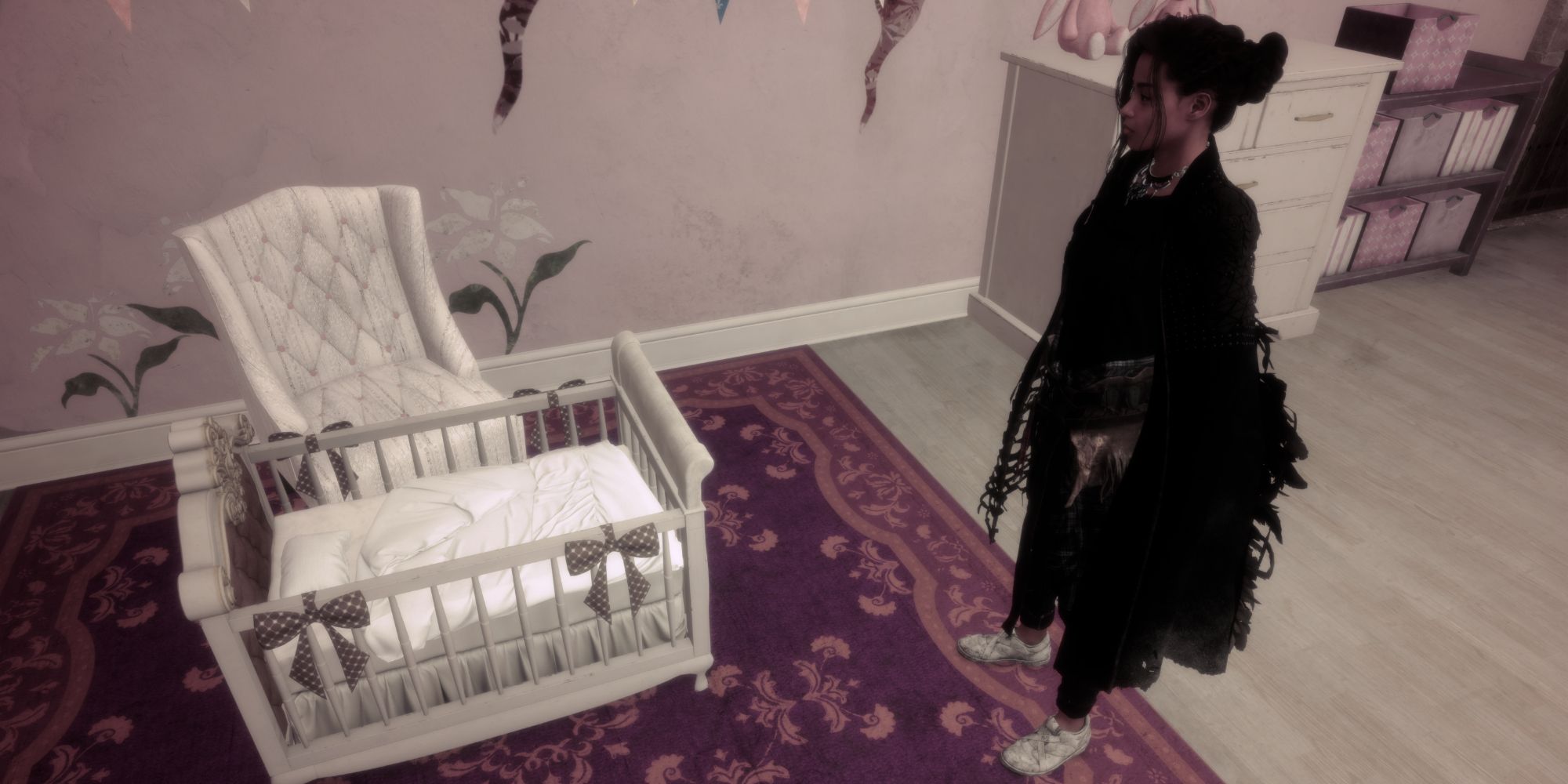 Frey is the daughter of Tanta Cinta, one of Athia's four Tantas. Cinta was the Tanta of Love, and was known for her medical prowess, the importance she placed on individuality and diversity, and her ability to travel using the torana.

Cinta used the torana to travel between worlds, and on a trip to Earth, New York specifically, she fell in love with a New Yorker. This union resulted in Cinta's pregnancy, and Cinta returned to Athia to give birth. This is all we know of Frey's father at this point – only that he lives in New York and fell in love with Tanta Cinta.

Tantas were forbidden from having children, as it is unknown what sorts of powers the child would have. It was agreed that Frey's powers would be suppressed until she came of age, which explains why Frey showed no magical ability on Earth.

Shortly after the Purge of the Rheddig, a war with Rheddas that the Athians won, the Tantas had to deal with a demon sent by Rheddas, Susurrus – they thought the demon sealed inside the Locked Labyrinths of Athia, but the Rheddig soldiers found a way to free him. Susurrus is the one responsible for beginning the Break, and though he was sealed by the Tantas into four wearable cuffs, the damage was done, and the resulting seal drove the Tantas insane.

Before Cinta's mind fully broke, she opened a torana to New York and thrust Frey through it to safety. Unfortunately, Susurrus, sealed inside a cuff on Cinta's arm, used a fragment of his power to force himself through the torana with Frey, and Cinta was too slow to rectify this. When her mind broke, Cinta transformed into the Dragon that Frey would go on to meet during her first day in Athia. While unable to speak, it seems that some of Cinta's consciousness remains, and she does the best thing she can for Frey in taking her to Cipal after their fight.

After Frey's conflict with Susurrus and her victory, a ghostly Tanta Cinta appears before her back in Junoon Castle. She leads her to the room she first arrived in Athia, and to a music box that plays Brahms' Lullaby, before disappearing. The music box has an inscription from Cinta conveying her love for Frey. Right up until the end, she was thinking of her daughter, who she loved so much.