You are here:
Home / Forget Zelda Breath of the Wild 2, there could have been an Ocarina of Time 2

Forget Zelda Breath of the Wild 2, there could have been an Ocarina of Time 2 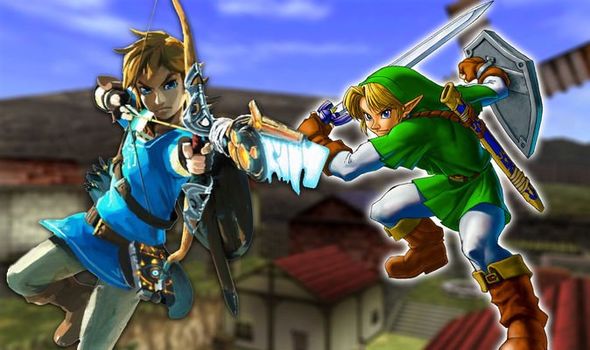 The Ocarina of Time is one of the best games of all-time, and is arguably the most iconic and beloved Zelda game ever created. Released back in 1998 on the N64, it was a revolutionary title which – like Super Mario 64 – was a groundbreaking and influential entry in the early stages of 3D gaming. When it was released the Nintendo 64 adventure was met with huge critical acclaim, and is the highest ranked video game in history on Metacritic – with a staggering 99 per cent Metascore.

And while attention at the moment among Zelda fans is on the Breath of the Wild sequel, series lovers will surely be surprised to hear new info on Ocarina that has emerged.

As reported on in a post by GameRant, leaked Nintendo source code looks to show that an Ocarina of Time sequel was considered by the Japanese gaming giant.

The Ocarina leak is part of the so-called ‘gigaleak’ which has revealed tonnes of prototypes for games such as Yoshi’s Island, Super Mario Kart and Star Fox 2.

The details were first leaked last week, with Star Fox co-developer Dylan Cuthbert on Twitter confirming the veracity of some of the files that were leaked.

And now, following on from the initial batch of into from the ‘gigaleak’, more eye-catching details have emerged.

And one of these folders is titled Z_Ocarina2, which appears to hint at an Ocarina of Time sequel that was at some point being considered.

The leak also shows folders for Z_Ocarina and Z_Majora, so it looks like Ocarina of Time 2 wasn’t a working title for Majora’s Mask.

Elsewhere, in a post online Switcher have rounded up some of the data for Ocarina of Time and Majora’s Mask that was found in the leak.

And it appears to show cut content from both games, including unused dungeon rooms and what looks like a boss rush mode.

Some of the files in the leak have DD in their names, which suggests it was intended for the planned Ocarina of Time expansion for the 64DD.

Elsewhere the existence of scrapped enemies, including Iron Knuckle for Ocarina of Time, were discovered in the leaks.

The leaks provide a fascinating look at what could have been for Zelda fans, and it remains to be seen if source code ends up uncovering more Nintendo surprises.

In the meantime Zelda fans will be hoping for an update on Breath of the Wild 2 soon, which last made an appearance when it was announced over a year ago.

There could be a Nintendo Direct next month though, with the next Direct rumoured to be as far away as the “very end of summer”.

And when it does arrive Nintendo may choose to update fans on Breath of the Wild 2, which previously had been rumoured to be getting a release in 2020.