You are here:
Home / FixFox’s Attention To Detail Highlights The Best Of Sci-Fi

FixFox’s Attention To Detail Highlights The Best Of Sci-Fi

For this week’s Indie Spotlight, I want to share my very first impressions of FixFox. It’s the pixelated story of a space-faring fox named Vix. It’s the cosmos through a retro lens – think Alien but without the terrifying Xenomorph or killer android. As a new game starts, a cassette tape is loaded and rainbows shoot out while computer checks appear on the side of the screen. It’s got a similar whimsy to Guardians of the Galaxy, but instead of an ‘80s licensed soundtrack it has an equally as infectious 8-bit one.

Given solo developer Jaroslav Meloun’s ‘80s upbringing and early fascination with arcade games, FixFox’s aesthetic fits perfectly. Its tone is also a clear product of its creator’s views and worries. Staunchly anti-violence, FixFox offers a look at some unexpected consequences of technological advancement, while also asking us to look differently at what we already have at our disposal. It also shows off his stunning attention to the small details that elevate sci-fi stories to great works of art.

You don’t play as a fox just because it’s cute and quirky. In the world of FixFox, humans began to splice their genes with those of other mammals simply as a fashion statement or to rebel against the norms of the time. However, a climate crisis soon forced mankind to adapt and everyone had to take on animal characteristics so that fur could keep them warm. For most, this is enough of an explanation as to why there are loads of different half-human half-dog, cat, etc, people galavanting around space. It’s cute, it’s fun, it doesn’t need to go much deeper than that, but it does anyway. 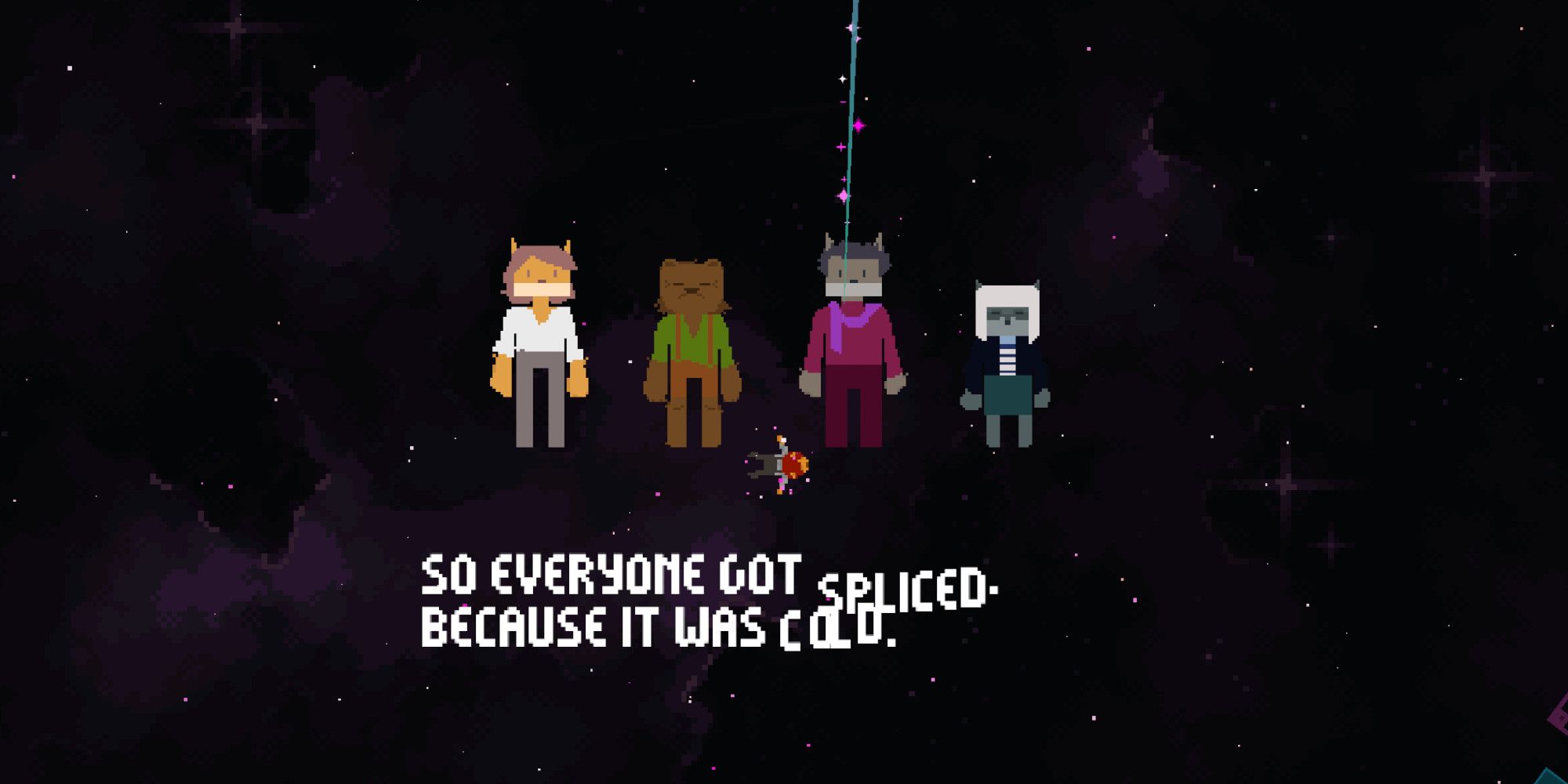 A side-effect of the genetic splicing is people also gaining many animals’ ability to hibernate. This isn’t just great for naps, but also long space voyages. Hibernation is FixFox’s version of cryosleep, and it’s what allowed everyone to travel across the stars. I honestly don’t know what part of this concept came first, but I love how far Meloun has taken the idea. Meloun has taken a commentary on our very real impending climate crisis and the kind of drastic action that may be required to deal with the consequences if we do nothing to avert it and made it into a core game mechanic.

It’s attention to detail like this that made me fall in love with sci-fi. Those who create in the genre look beyond the obvious and make magic out of these tiny snippets of imagination, building entire worlds out of them.

Another aspect of FixFox that quickly reveals itself as deeper than initially suspected is Vix’s AI companion Tin. It’s designed to check in on me and make sure I don’t lose my marbles while out alone in the crushing emptiness of infinite space. Given the number of space stories that revolve around people losing their grip on reality due to loneliness, it’s a thoughtful touch. 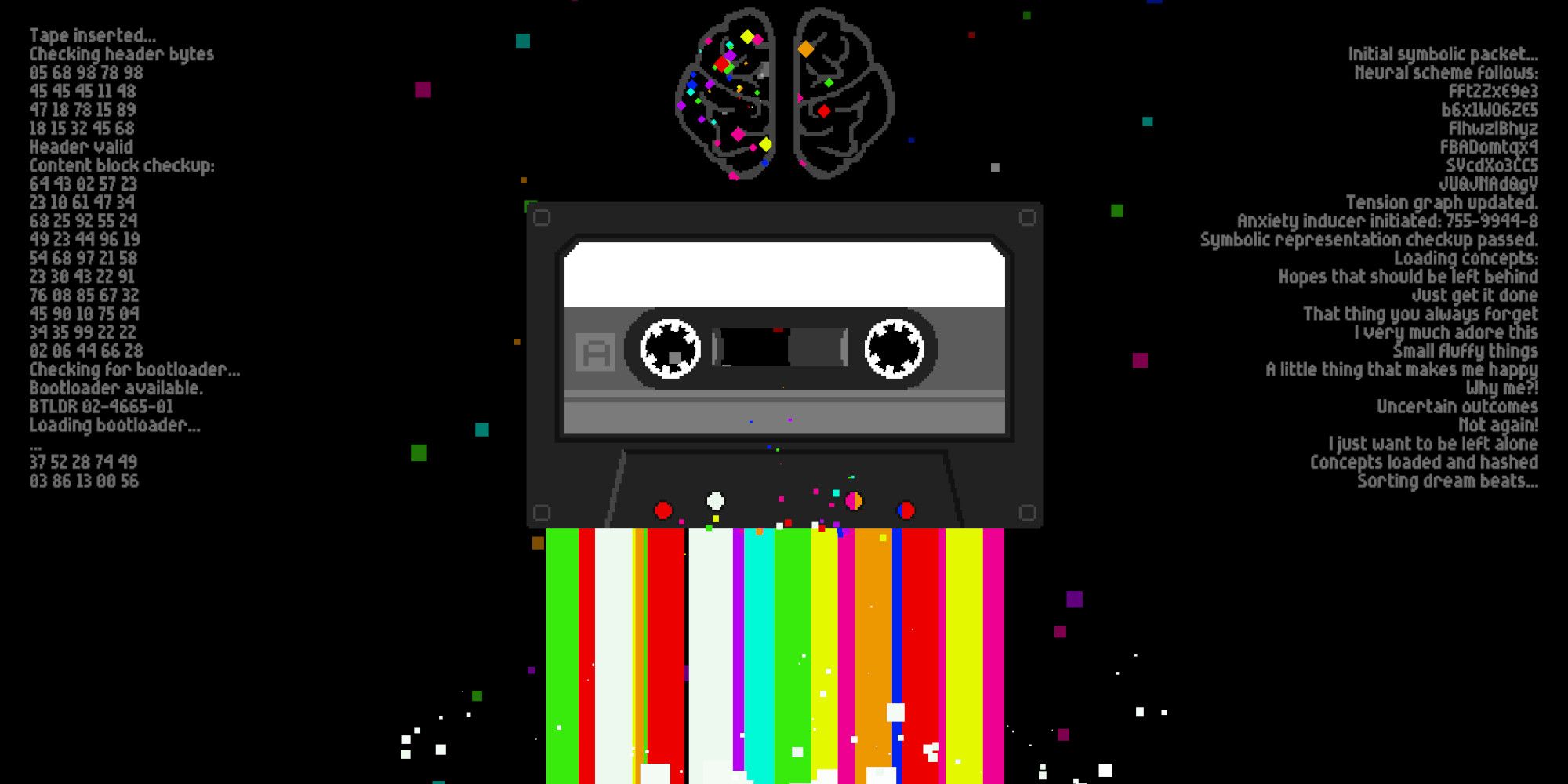 However, Tin verges on smothering. They’re deeply overprotective of Vix, going as far as to vent the ship’s interior into space – without Vix in a suit – just because they were worried there might have been some germs on the out-of-date pudding Vix was wolfing down. Tin explains that they used to be a backpack and were programmed to protect a kid. In order to work out what they have to do to keep Vix safe, they run simulations on what could harm them. This means they see Vix’s death simulated thousands of times a minute and it ends up making them a bit of a nervous wreck. Hence the whole venting thing.

In a game all about fixing old machines and using weird and wonderful tools to do it, why wouldn’t an old backpack be repurposed into a mental health aid? It’s another wonderful example of Meloun’s attention to detail in this world he’s created and his constant need to ask, ‘What then?’

Meloun was right, games really do shape our thinking, and FixFox has had more thought put into its first ten minutes than some worlds have in their entirety.