You are here:
Home / Five Years Later, Get Out’s Biggest “Flaw” Seems Like An Asset

I first saw Get Out with a packed audience on opening weekend. Five years have passed, and in that time, my initial impression — that Jordan Peele's debut is a masterpiece of horror filmmaking — has remained. It's a movie that takes a classic rom-com set-up — the “White woman bringing home a Black boyfriend” conceit that drove Guess Who's Coming to Dinner (1967) and was inverted for Guess Who (2005) — and moves it sideways, out of its genre and out of the realm of archetype.

After seeing Peele’s third movie, Nope, a few weeks ago, I’ve found myself thinking back to Get Out’s tight structure. Some critics have dinged Nope for being a little messy in its ambition. That isn’t a critique many leveled at Get Out, which feels effortless in its writing and immaculate in its construction. But, as I continued to think back to it, the one moment that seemed to lapse into cliche stuck out (as the cliche goes) like a sore thumb.

That moment arrives at the climax of the film. After 60 minutes on the receiving end of gradually escalating microaggressions and increasingly bizarre interactions with the Armitage family and their guests, Chris (Daniel Kaluuya) finally convinces Rose (Allison Williams) that they should pack their bags, make up an excuse to go back to the city, and get out. But, while Chris is packing up, he notices that the closet door is ajar. He walks closer, and crouches to examine a shoebox on the floor. When he opens it, he discovers a stack of pictures of Rose at various ages. He continues to flip through and finds photos of her with a series of Black men, despite her previously telling him that she had never dated a Black man before. As Chris continues to page through, he discovers pictures of Rose with people he recognizes — Walter (Marcus Henderson), the Armitage's groundskeeper, and Georgina (Betty Gabriel), their housekeeper. 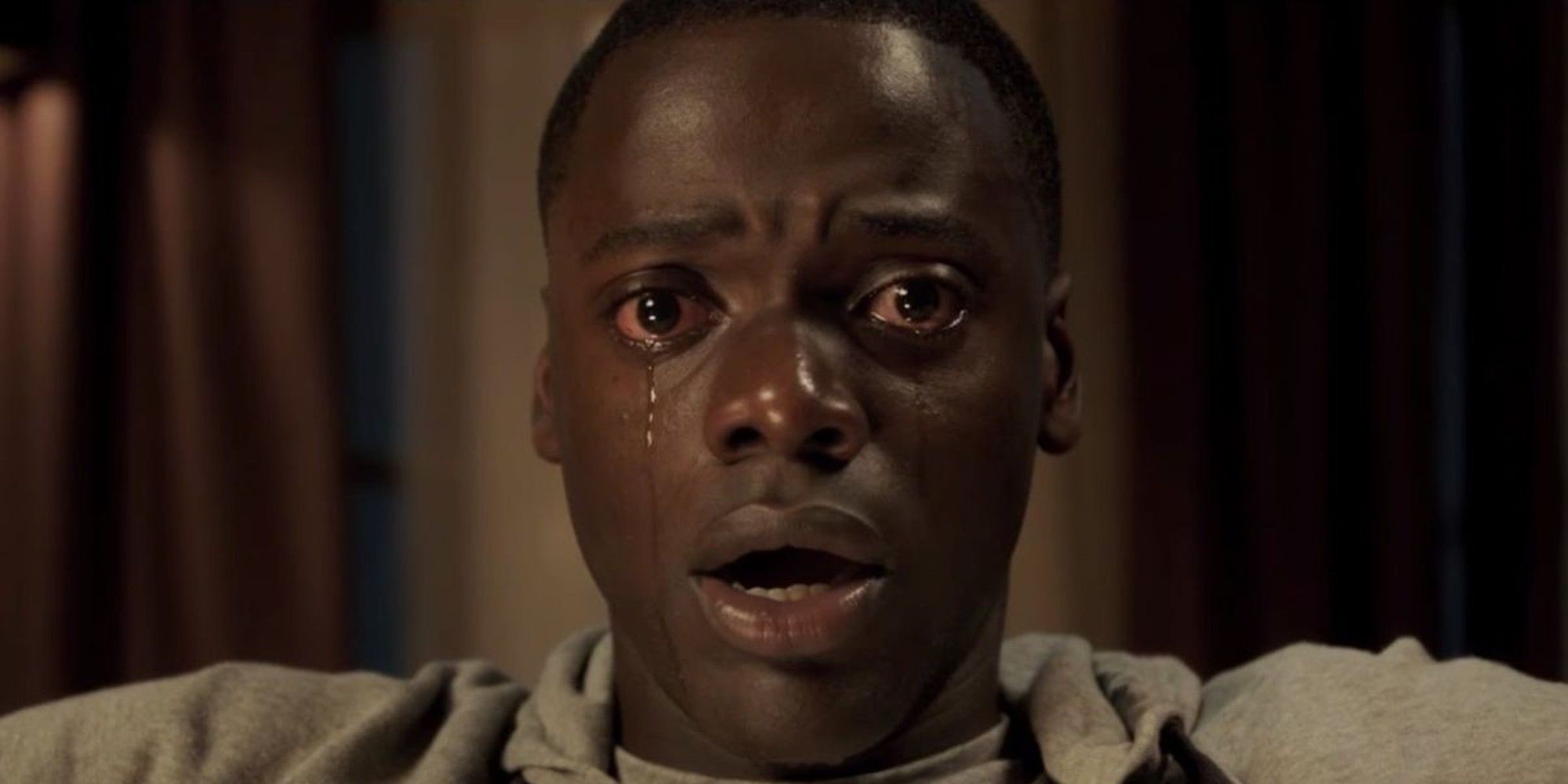 The immediate context of the discovery has pushed me to reconsider its purpose. As Chris closes the closet door, Rose is revealed to be waiting for him. They walk down the stairs to find her brother, Jeremy (played with unsettling intensity by Caleb Landry Jones) blocking the door with a lacrosse stick in hand. Her father, Dean (Bradley Whitford) and mother, Missy (Catherine Keener), are waiting in the living room. As Chris presses Rose to find her car keys and she frantically fishes around in her purse, Dean begins to needle Chris with threateningly vague philosophical questions.

“What is your purpose, Chris?”

Chris begins to shout for Rose to find her keys and she reveals that she had them in her hand the whole time. The family closes in on Chris, and Missy taps her teacup with a spoon, putting him in a trance.

In revisiting this scene, it becomes clear that Chris doesn't find the photos until the exact moment it becomes impossible for him to escape. Blocked inside the house, incapable of making a run for it into the woods surrounding the Armitage home. Missy has successfully hypnotized him and can paralyze with just the clink of a spoon against a teacup. Even awake, Chris is outnumbered six-to-one. Peele's inclusion of the photo box isn't an example of his script lapsing into shopworn cliche. It's the Armitages making a power play. Chris may know exactly what's going on, but they're certain he can't do anything about it. 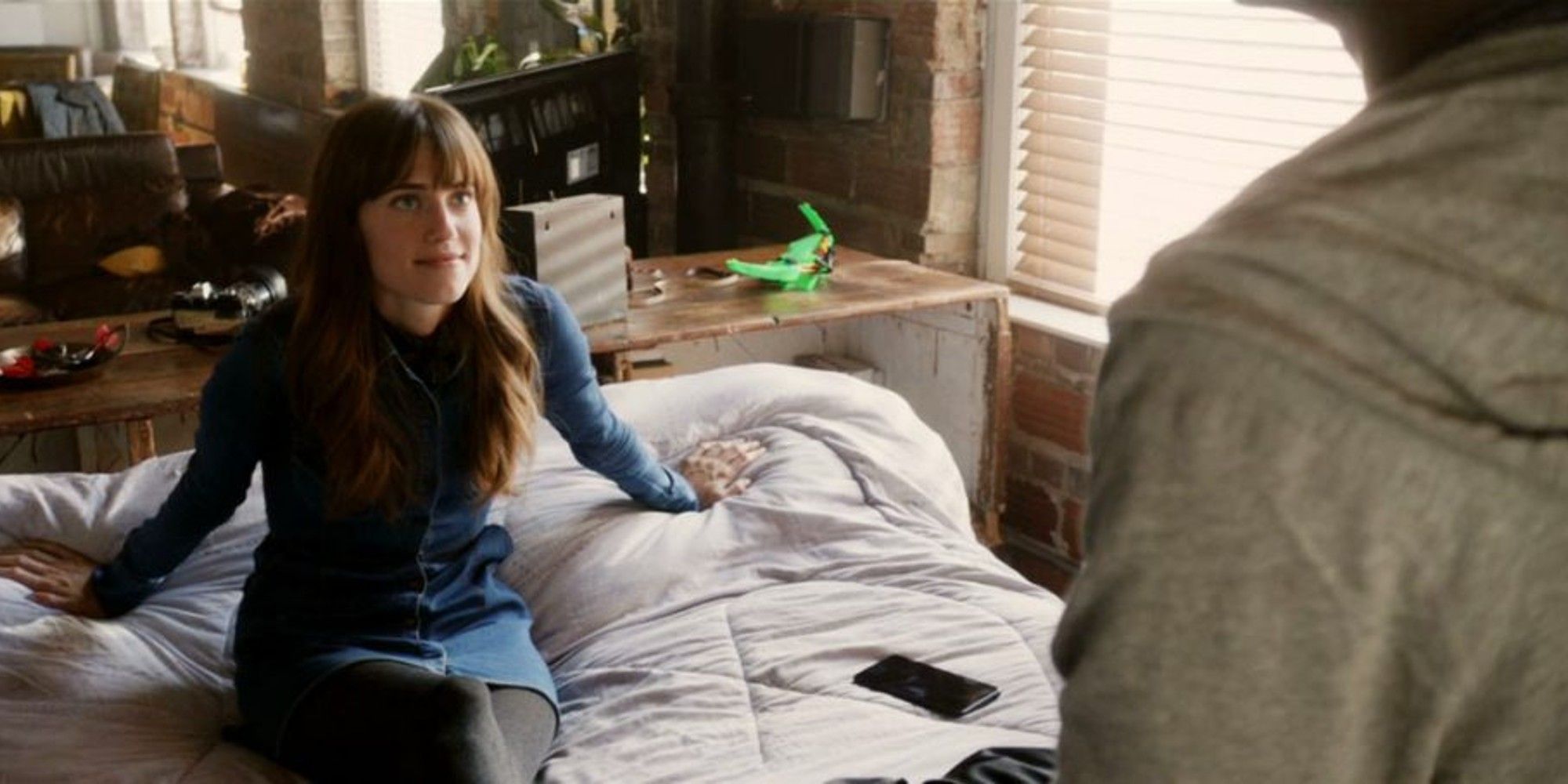 “In my mythology of this, Rose is so sick and twisted that she always leaves the door a little bit open,” Peele says in his director’s commentary for the film. “Just in case they want to find — that’s a part of the thrill of the hunt, is leaving a tantalizing opening for Chris to find these pictures. That’s part of her character; her sort of flaw is that she’s sort of like a cat and mouse.”

Peele has said that Get Out was his response to the Post-Racial Lie; the widespread feeling during the Obama administration, especially among White liberals, that racism and its pernicious societal effects, was mostly over. There might be the odd bigot flying a Confederate flag in the rural South, the reasoning went, but American society as a whole had moved beyond that. We'd elected our first Black president, after all, and done it twice — would have done it a third time if we could. But, Get Out opened on Feb. 24, 2017, one month after Donald Trump's inauguration. In response to the feeling that the country was changing, Peele changed the film's ending from the gut punch he originally planned — in which the police showed up and arrested Chris — in favor of a more hopeful fake out in which his friend Rod (Lil Rel Howery) shows up in a TSA vehicle (that the audience and Chris at first interpret as a cop car) and drives Chris safely home.

Just like the country changed between Get Out's conception and its release, the country has changed in the half-decade between its release and today. In a turn of events that would have shocked me — then a Pod Save America-listening liberal — Trump served out his full term as President. He was impeached twice and incited an insurrection, but he made it through without any real repercussions. Despite rampant, obvious criminality, the former president is still a free man and will likely be the Republican nominee in 2024.

Five years later, I see the Armitages differently. Where I once saw convenience and cliche in Peele's decision to leave the box of incriminating photos where Chris could find it, I now see a realistic portrayal of how White elites view their own invulnerability. Mueller never came for Donald Trump, despite evidence of guilt. If consequences do come for the one percent, they come in the form of slaps on the wrist, like a ban from Twitter, not in the form of incarceration (which Chris faced in Peele's original ending). The wealthy believe they are untouchable because they, generally, are. Though Chris manages to escape, there remains a stack of photos in the house as it burns behind him, evidence of countless victims before him who could not. The Armitages had good reason to think they would keep getting away with it — most of the time, they do.