Wizards of the Coast has fully unveiled the Transformers Secret Lair set, just days after teasing the announcement from the official Secret Lair Twitter account.

Two days ago, the Secret Lair Twitter account teased a Transformers announcement of some kind by showing a shrouded image of Optimus Prime along with the caption "Till All Are Won". Transformers recently joined the Magic: The Gathering universe with The Brothers' War set, but these Secret Lair variants feature unique designs for existing cards and, as is the case with every other Secret Lair drop, will only be available for a limited time.

As revealed by Polygon, the Transformers Secret Lair sets will be available to purchase from December 5 from 9am PST/5pm GMT/ 12pm ET and will cost $29.99 for non-foiled cards and $39.99 for foil. In total, there are three sets, Transformers: Optimus Prime vs. Megatron, Transformers: Roll Out or Rise Up, and Transformers: One Shall Stand, One Shall Fall. 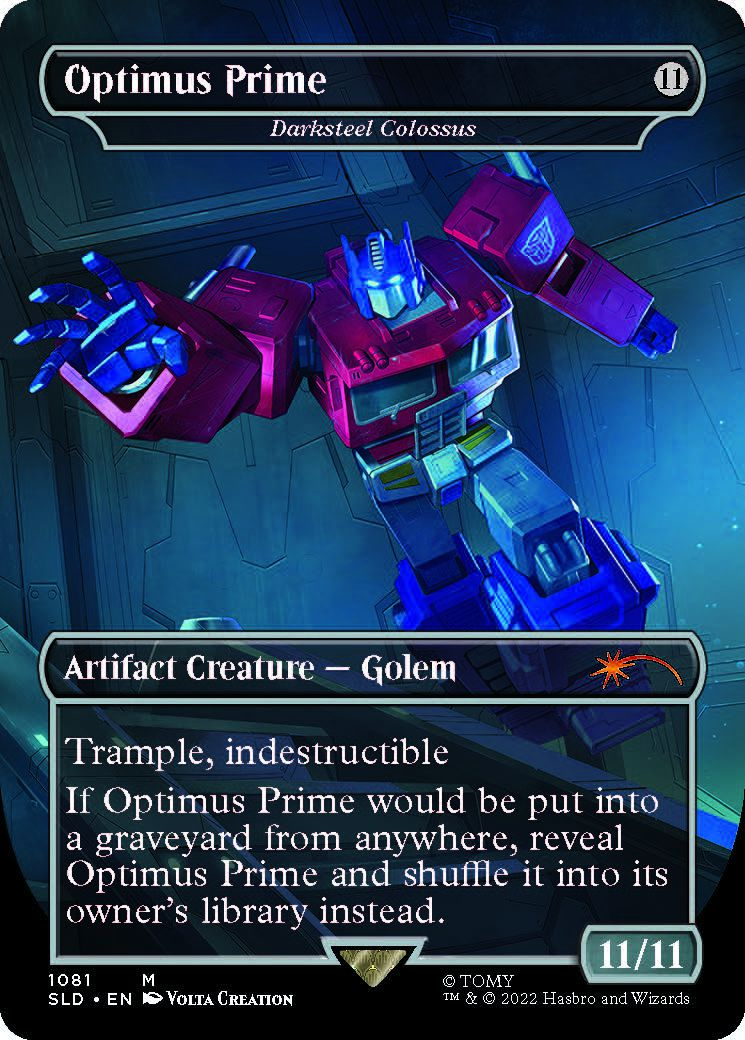 Roll Out or Rise Up features six cards, Dramatic Reversal, Fabricate, True Conviction, Collective Brutality, By Force, and Greater Good. Dramatic Reversal is the clear standout of the set, as it's a key combo piece when combined with cards like Isochron Scepter.

Finally, the One Shall Stand, One Shall Fall set will feature five different basic land cards, each showing somewhere different on Cybertron. The land cards include Plains, Forest, Island, Swamp, and Mountain. Land drops tend not to be very popular with most MTG players, but this drop does include a code for use in MTG Arena, which lets players use them as many times as they want.