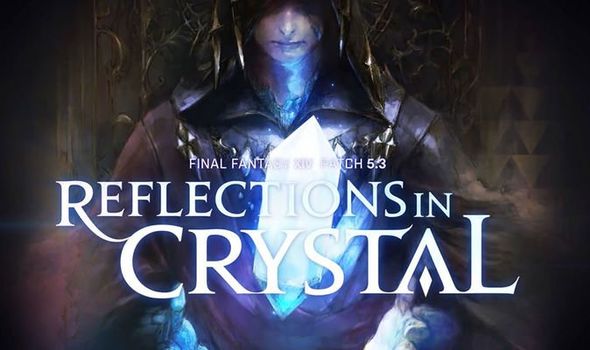 Final Fantasy 14 fans will soon see the hugely anticipated update 5.3 download get released for the hit PS4 and PC game. The next major patch for Shadowbringers has been dubbed Reflections in Crystal and was meant to launch earlier this year before the patch was delayed due to the shift in working from home caused by the coronavirus. But the time that Final Fantasy 14 fans have been waiting for is almost here, with the patch 5.3 download set to launch shortly.

A launch time for the Final Fantasy 14 download has not been confirmed yet but the weekly reset in FF14 happens at 1am pacific time, 4am eastern and 9am UK time.

Which may give fans an idea of when Reflections in Crystal will be launching on Tuesday August 11.

Ahead of the release of the major Final Fantasy 14 update Square Enix has given a rundown of what to expect from the patch.

Here’s what the Japanese gaming giant said about Final Fantasy XIV update 5.3 in a post online…

As twilight shadows deepen, what manner of fate will the the crystal’s glow reveal?

Main scenario quests: Reflections in Crystal – Having confirmed their suspicions that the resurrected Ardbert is none other than Elidibus, the Scions endeavor to shed light upon the Ascian’s dark plot. But time is against them, for the hour of their departure─or demise─fast approaches…

New dungeon: The Heroes’ Gauntlet – It is said that the hero’s path is fraught with danger, and these words will never ring truer as the whole of Norvrandt becomes a battlefield across which the Warriors of Darkness must fight their way.

Trials: Mystery trial – A fearsome new foe possessed of immeasurable might shall arise to test the Warriors of Darkness as they have never been tested before.

New challenges: Alliance Raid Dungeon – YoRHa: Dark Apocalypse The Puppets’ Bunker – The white-robed android 2P awakens at last, but so too does an unforeseen danger to Komra. As Anogg and Konogg’s search for answers grows ever more desperate, the Warrior of Darkness may find greater questions yet await in the core of the Puppets’ Bunker.

Chronicles of a New Era: The Sorrow of Werlyt – The uneasy alliance forged with Gaius Baelsar has paved the way to victory over the Ruby Weapon. Armed with knowledge of the location of the outpost whence it came, the time has come to confront the Empire and bring a swift end to the diabolical Weapon project..

Faux Hollows The Akh Afah Amphitheatre (Unreal) – A strange fox comes to you seeking even stranger tales, those born of boldness of imagination. When you turn your mind to the story of Shiva, what dreams of ice may come?

Custom Deliveries – Though the people of Ishgard and dragonkind have agreed to a truce, they have yet to fully realize the potential of such an alliance. The dragonling Ehll Tou hopes that by learning the ways of artisans, she and her brethren may contribute to the Ishgardian restoration and strengthen the bonds of trust with their newfound friends.

Tribe Quests – The people of Tomra aspire to follow in the footsteps of their hero, the Warrior of Darkness, by contributing to the prosperity of Norvrandt. Their ambitious plans will lead them far from home─and perhaps the doorstep of that very hero─as they labor to bring a design sketched by legendary dwarven smith Watts to life. 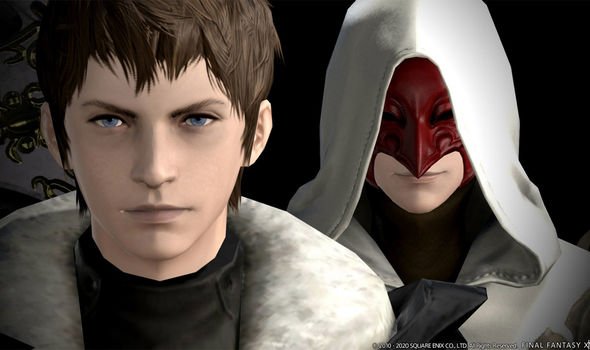 New systems: A Realm Reborn Overhaul: A Realm Reborn offers players an adventure of epic proportions. At times perhaps…too epic. To make the journey to Heavensward swifter, the main scenario is now streamlined in terms of overall length, with adjustments to experience point gain and gear rewards for quest completion.

In addition, mounts can now fly in A Realm Reborn maps. This much-requested feature allows you to view the landscapes of Eorzea as never before while helping you reach your destination more quickly.

New Game+: As of Patch 5.3, job quests are available in New Game+, allowing you to retrace your path to mastering your chosen profession. Patch 5.35 brings with it quests from A Realm Reborn, that you may relive the beginnings of your journey as the Warrior of Light.

Trial Synthesis: Trial synthesis is here, offering a means to test your crafting skills without expending precious resources. Both new crafters seeking to hone their processes and veterans experimenting with tricky recipes are sure to find it a boon!

Sundry Splendors: Any adventurer worth their salt is sure to have amassed a wealth of tokens and tomestones during the course of their journey. While earning them is where the challenge lies, finding the right place to exchange them can often be something of a trial in itself. Fortunately, Rowena’s House of Splendors has now assigned vendors to major city-states as one-stop shops for sundry rewards!