Final Fantasy 7 Remake has generated great interest among the modding community, and those playing it on PC, with many enjoying the options for swapping out clothes, weapons, and outfits for Cloud or Tifa or Aerith, adding an extra layer to the JRPG. The latest addition is a bright and breezy mod especially for Aerith, as a modder known as MonkeyMan Mods has created a rather beautiful Sailor Moon outfit for the old lady.

"Aerith looks amazing dressed as Sailor Moon. It really kinda suits her. Includes body suit, skirt, gloves, boots, tiara, choker and earrings", runs the description. But the words doesn't do justice to the outfit, as images show a well-made version of the Sailor Moon cosplay and which really does seem to suit Aerith.

If you're interested there is also a slightly revealing outfit for Tifa that's a hot mod this week on Nexus Mods, that dresses Tifa in Honoka's fourth costume from Dead Or Alive 6. But back to Sailor Moon, it's a mod that requires no further add-ons as it fully replaces Aerith's standard outfit, although players may want to use a blond hair mod to give her the "full Sailor Moon look", and the modder even handily includes a link to the blond hair mod used in their screenshots. 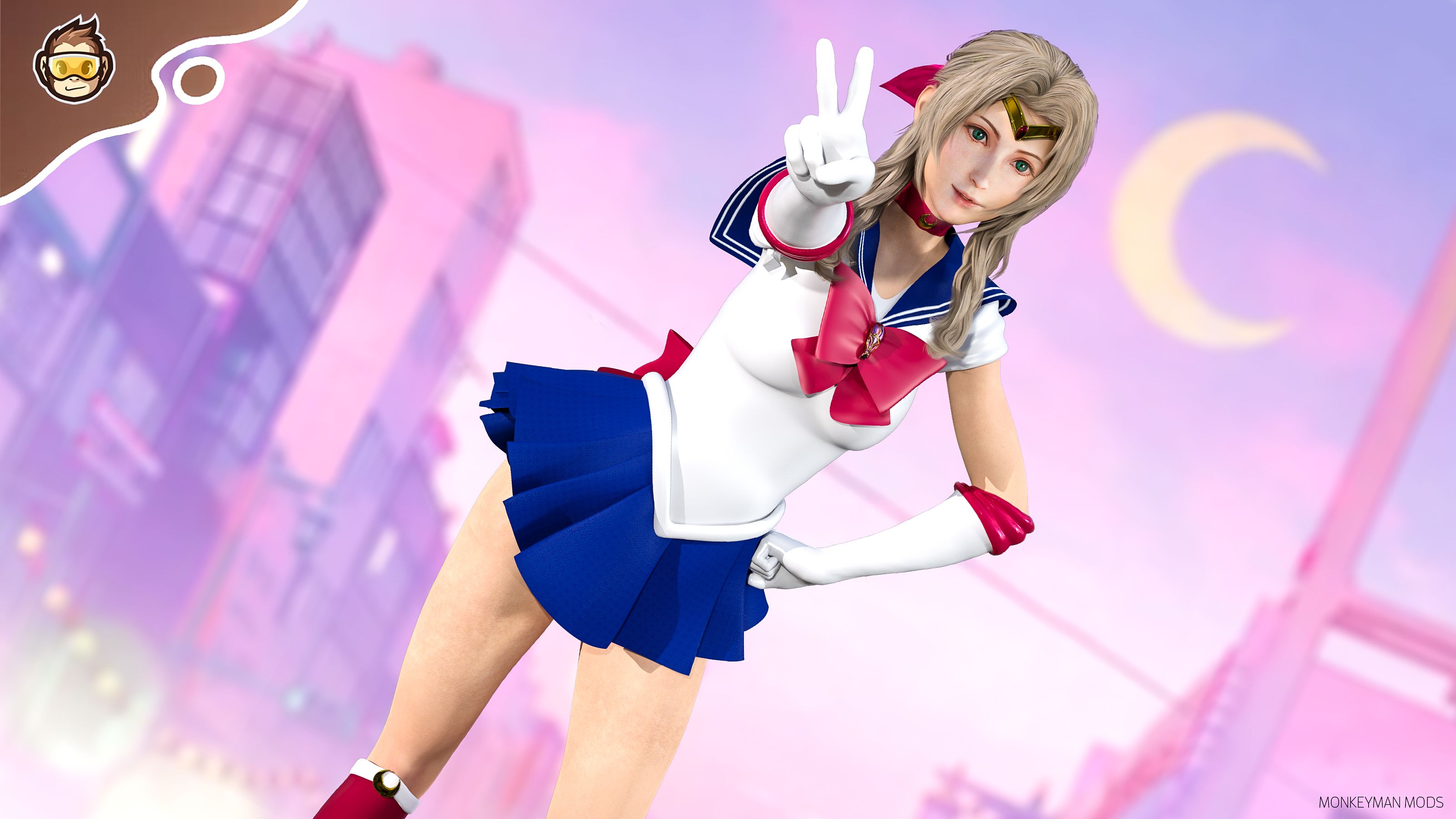 However, a note adds that "due to the shape of the skirt and how it fans out at the sides then there will be occasions where it clips with hands or with other stuff", but the modder does say that they've "tried to shape it to minimize this where possible". MonkeyMan Mods has clearly put a lot of thought into the outfit and the screenshots shows off their handiwork quite nicely. You can check out the mod here.

Other notable recent mods for FF7R include one where the many of the game's assets – such as characters, weapons, items – have been replaced with assets from Tomb Raider: Angel of Darkness. While another replaces Cloud's Buster sword with an astonishingly accurate 1987 Yamaha SHS-10 shoulder keyboard. As time goes on, we'll be sure to see more creative and quirky modifications for Final Fantasy 7 Remake.