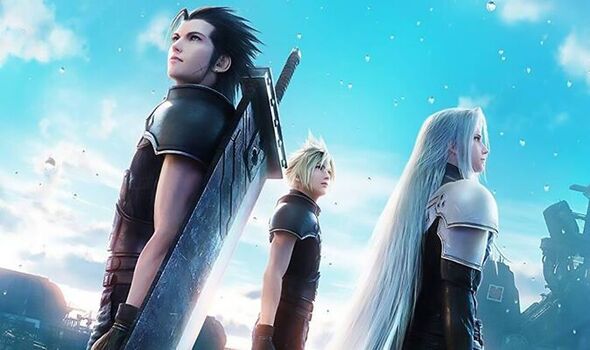 Final Fantasy 7 fans are counting down to the release of Crisis Core Reunion on PS5, PS4, Xbox Series X/S, Xbox One, PC and Nintendo Switch. A remaster of the classic PlayStation Portable game, Crisis Core Reunion tells the story of minor FF7 character Zack Fair, expanding on his backstory and links to Cloud. One of the last big releases of the year, Crisis Core Final Fantasy 7 Reunion has a December 13 release date. Based on the countdown timer on Steam, the game has a 4pm GMT UK launch time.

“Crisis Core Final Fantasy 7 Reunion follows the story of Zack Fair, a young warrior admired by the boy destined to save the world, trusted by men renowned as heroes of legend, and loved by the girl who holds the fate of the planet in her hands,” reads the official description.

“The tale of Zack’s dreams and honour – the legacy that connects him to Cloud – is revealed in full in this grand saga that has broken the limits of an HD remaster.”

If you’re looking to grab a copy of Crisis Core Final Fantasy 7 Reunion, you can pick it up from Amazon for £44.99. The PS5 version is even cheaper at ShopTo, where it’s priced at £42.85.

If you want to play the game immediately at launch, then Crisis Core Final Fantasy 7 is available for £49.99 on the PlayStation Store. It’s the same price on the Xbox Store and the Nintendo Switch eShop, but only £39.99 over on Steam.

The game has received mostly positive reviews ahead of launch, scoring just under 80% on Metacritic.

IGN gave the game 8/10, calling it a “compelling chapter” in the Final Fantasy 7 saga.

“That said, many of the design choices made for the handheld original – like bite-sized side missions and an abundance of loading screens – are left intact, keeping this experience from feeling completely modern. But even with a few aging quirks, Crisis Core remains a fun, compelling, and integral chapter in the ongoing Compilation of Final Fantasy 7, and Reunion is the absolute best way to experience it.”

“Crisis Core Final Fantasy VII Reunion is everything that we hoped this remake would be. It takes a great game once shackled to handheld-only hardware and brings it forth to a new generation with a fresh coat of paint.”