Final Fantasy 15 bills itself as a tragic tale of love and war. That's all well and good, but you'll be spending the lion's share of your time with the game taking on an increasingly challenging string of foes in the gorgeous open world.

One such foe, Adamantoise, is said to be as big as a mountain. Even in the imaginative worlds of Final Fantasy, such claims tend to be exaggerated. Not so with our titanic turtle. A monster so massive must surely pack plenty of HP. With a dizzying 5.6 million hit points, the Adamantoise has the stamina to suit its earth-shaking disposition.

Slaying this beast of burden is the key to unlocking the Tortoise Toppler trophy, one of FF15's rarest achievements. It's a daunting task, but our royal entourage can pull it off in spades — with the proper strategy.

When to Begin the Quest 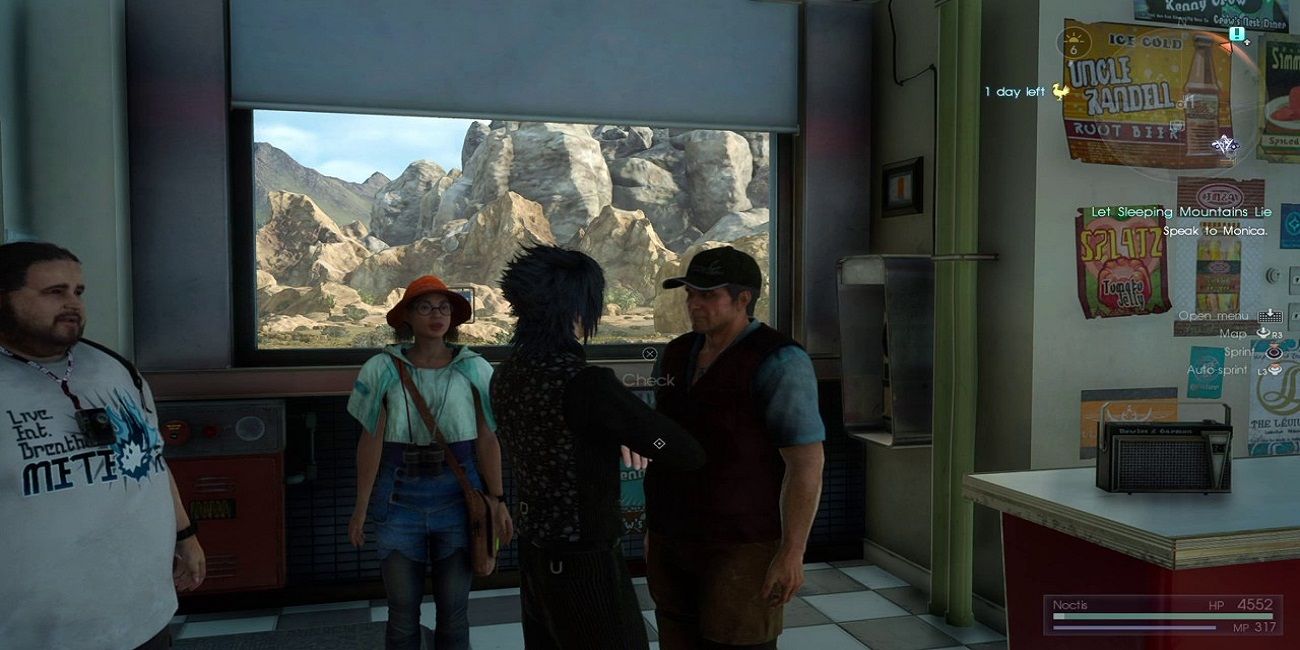 The 'Let Sleeping Mountains Lie' quest can be unlocked as early as Chapter 9. This is the point at which Noctis and friends finally arrive in Altissia. Use the Messenger's Amulet key item to speak with Umbra, Luna's beloved canine, and he'll allow the party to return to Cape Caem back in Lucis.

This approach has a single perk — and several cons. Obviously, completing the quest as early as possible can be an enticing prospect. Earning the Adamantite Bangle when you're only in the ninth chapter sweetens the pot; it's the best item of its type in the game, providing an unbeatable 10,000 boost to the wearer's HP.

However, it's probable that you'll be woefully underleveled for the encounter should you decide to get things going so soon. Average party levels at this point in the game typically fall within the late twenties to early thirties range. By contrast, it's recommended that you've reached level 45 or higher before challenging the Adamantoise.

More importantly, you'll lack the gear that turns our gargantuan reptilian nemesis into something far less ferocious. Being level 45 alone doesn't mean the squad's well and truly ready for the long haul.

Worst of all, you'll be depriving yourself of some of the quest's rewards. Before the battle begins in earnest, several NPCs will arrive at your location, each bearing a gift. They'll only appear if their quest chains have been completed, and it's impossible to achieve this for everyone until later.

The choice is yours, but we recommend waiting until later. How much later? That's up to you, but the ideal point to fight the Adamantoise is Final Fantasy 15's post-game section. This ensures the maximum number of rewards. 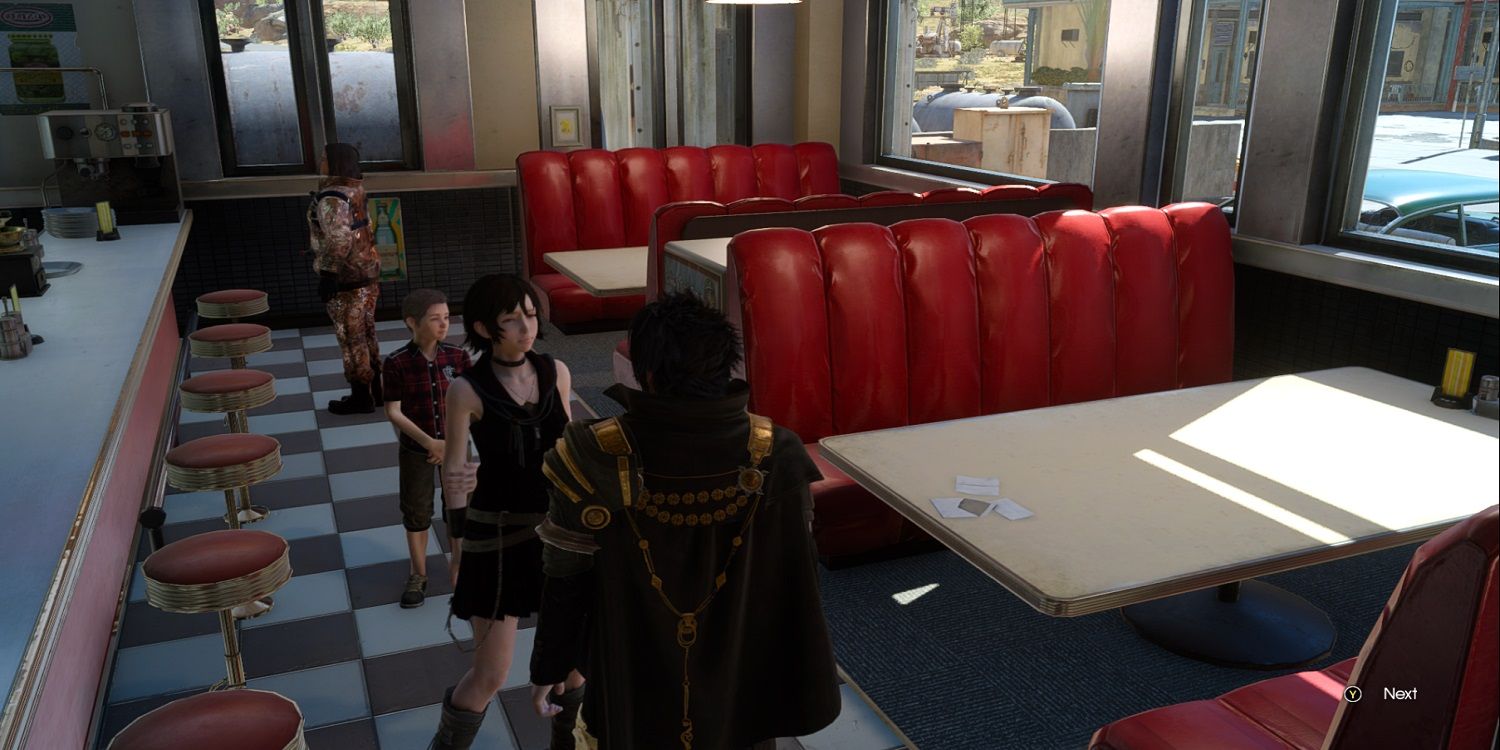 Once you're committed to the upcoming carnage, visit Cindy at Hammerhead. She'll apprise the boys of the situation, sending them on their way to Longwythe Rest Area. Have a chat with Dave here over by the Crow's Nest Diner. A scene or so later, and you'll be transported inside the diner itself, where some familiar faces will show up… provided you've been of service to them in the past, that is.

Admittedly, some of these prizes aren't exactly stellar. But in most cases, the rewards you earned during the characters' quest chains is worth the work. If you feel otherwise, well, you know what they say about the real treasure being the friends we made along the way. Here they are, lined up to hand you free stuff.

Let Dave know it's time to go. Your next objective is to locate Monica. You can find her toward the easternmost edge of Longwythe. Surprise! You're now fighting the Adamantoise.

For three minutes or less, anyway. Your only goal at this stage is to escape by any means necessary. Just keep running until the gang's outside the predetermined battle area. This shouldn't take longer than 30-45 seconds. Dawdle overlong, and you'll be greeted instead with the game over screen.

When the dust settles, head back to Hammerhead. Speak with Takka and accept the hunt. 'Lonely Rumblings in Longwythe' has officially begun.

How to Defeat the Adamantoise 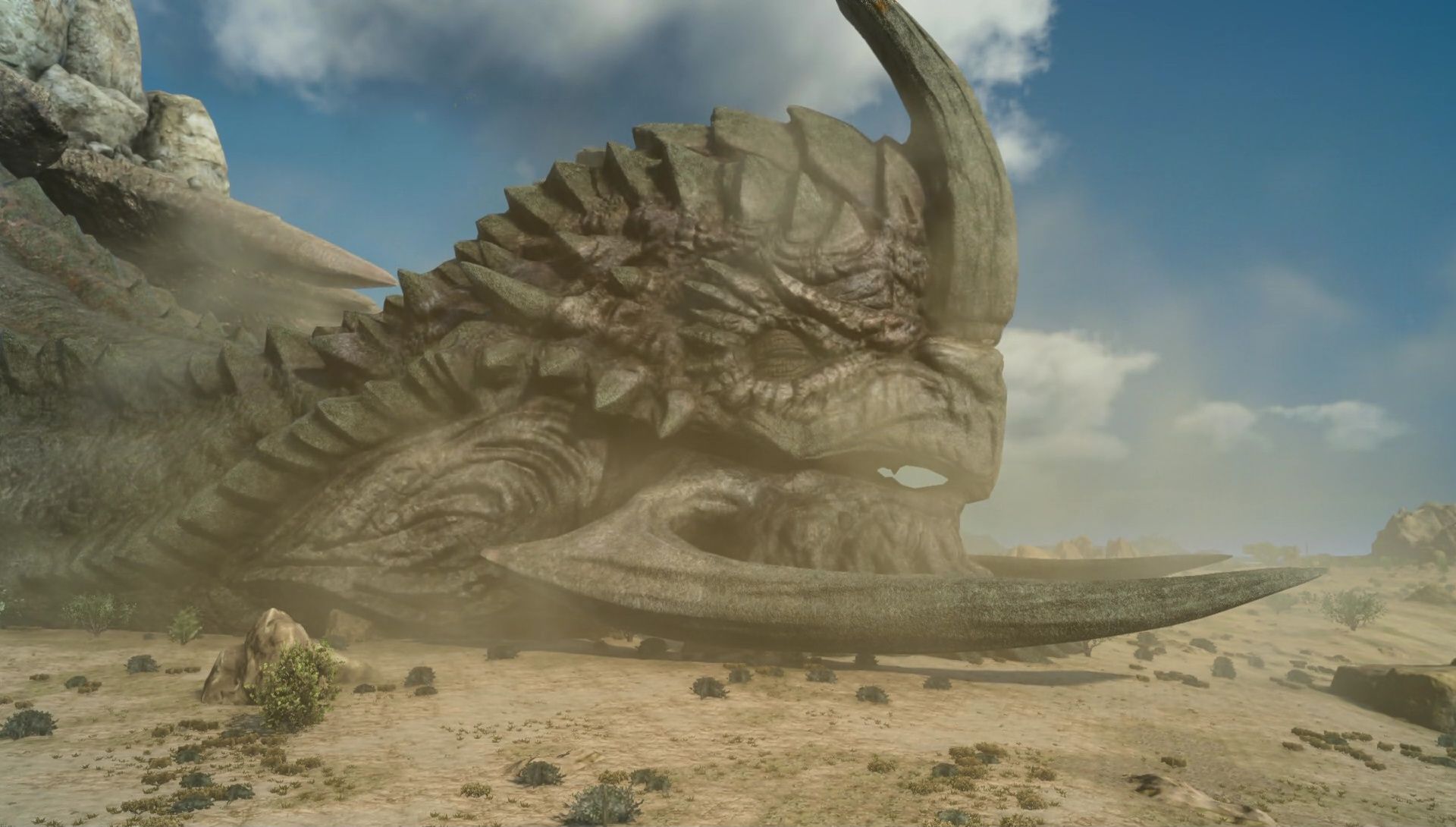 The Adamantoise hits very hard. In more precise terms, it hits hard enough that you'll want access to the best possible armor available to you at whatever point in FF15 you elect to face it. An obvious statement, but simply suit up as best you can. Protection against Confusion status is necessary.

What matters substantially more than your defensive layout is your offensive arsenal. Ignis learns the recipe for Golden Tail Soup automatically when his Cooking skill reaches 10. You'll need some Kujata Marrow, Platinum Myrltrout Fillet, and Allural Shallots. Once dinner is served, the party is boosted with the Clairvoyant buff. From now until this terrific status wears off, every attack your team makes counts as a critical hit.

If you have them, Dark Matter Bracelets will amp your damage output to even greater levels.

As for weaponry, Zwill Crossblades can be obtained through completion of the 'Wondrous Weapons' quest chain in Lestallum. What makes the Crossblades so savvy? Their attack stat is 345; that might not sound superb in a game with swords that come close to 600, but consider this — daggers are the fastest weapon type in the game. The Zwill Crossblades marry speed with solid attack value to deliver what is, all other factors being equal, the greatest damage-per-second output in Final Fantasy 15.

Whittling away at the Adamantoise with this setup, in conjunction with maintaining as many buffs as you have on tap, will slowly but surely bring this mountain crashing down. But so long as you're in Chapter 14 or the post-game, there's something you should be doing with Noctis, action after action, as often as possible — and with so many well-placed Warp Points across the battlefield to help with MP restoration, you can do this a lot.

Noctis learns the Alterna spell for his Ring of the Lucii during Chapter 13's lengthy Zegnautus Keep dungeon. With the ring in his weapon slot, he can cast Alterna. It costs him his entire MP bar, but again, warp around a bunch, and you'll restore it in swift order.

Alterna inflicts instant death upon any foe it successfully strikes. The Adamantoise has reasonably high resistance against this killing blow, but it's not impervious to it. This single spell drastically tilts the odds in your favor. It can take ten seconds if you're exceedingly lucky or closer to ten minutes if you're not. Sooner or later, the colossal creature will fall.

The only thing that holds back Alterna from being a one-size-fits-all solution to every encounter in the game is that the spell only works if it has enough room to do so. The animation is fairly expansive, and the whole thing fails if you're in a confined location. But you're fighting your mark out here in the open world, the only place that can possibly house a monster the size of the mountain. Size is irrelevant.

Tortoise Toppler and Other Rewards 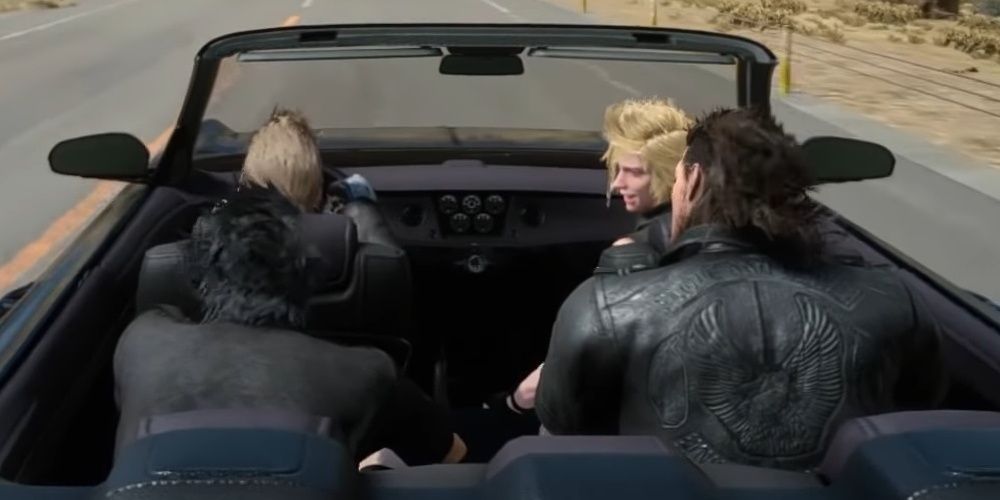 With the Adamantoise down, the Tortoise Toppler trophy is all yours. But that's not where the good news ends.

The first time you fell the beast, return to Dave and a variation on the diner scene from earlier will trigger. This time, every character present will award you with an Oracle Ascension Coin. These rare trinkets are used at Alessio's Trading Post in Altissia. Many of FF15's finest accessories can only be found here.

Additionally, the Adamantoise frequently drops Adamantite. When used in Elemancy, Adamantite adds the Limit Break effect, resulting in magic spells that can break the game's 9,999 damage cap. In fact, craft a spell that's strong enough, and you can see as much as ten times that much in a single hit. This can be a tremendous boon in other difficult boss battles, especially those that occur in smaller areas, negating the advantages of Alterna.