You are here:
Home / Fighting Game Characters Who Just Want To Talk

Fighting games are known for being focused — they don’t usually offer the branching narratives, open-ended gameplay, and side objectives that we’ve come to expect from other genres. Instead, they pair complex controls with a simple objective: to outmaneuver the character across from you.

Many characters such as Guilty Gear’s Happy Chaos have a fighting spirit. Others, however, are drawn into conflict despite being peaceful and lighthearted people. They might be trying to defend someone, fulfill a promise, or just make new friends. Whatever the case may be, these characters would probably rather live in the world of Animal Crossing than Street Fighter.

10 Lynn Baker – Rage of the Dragons 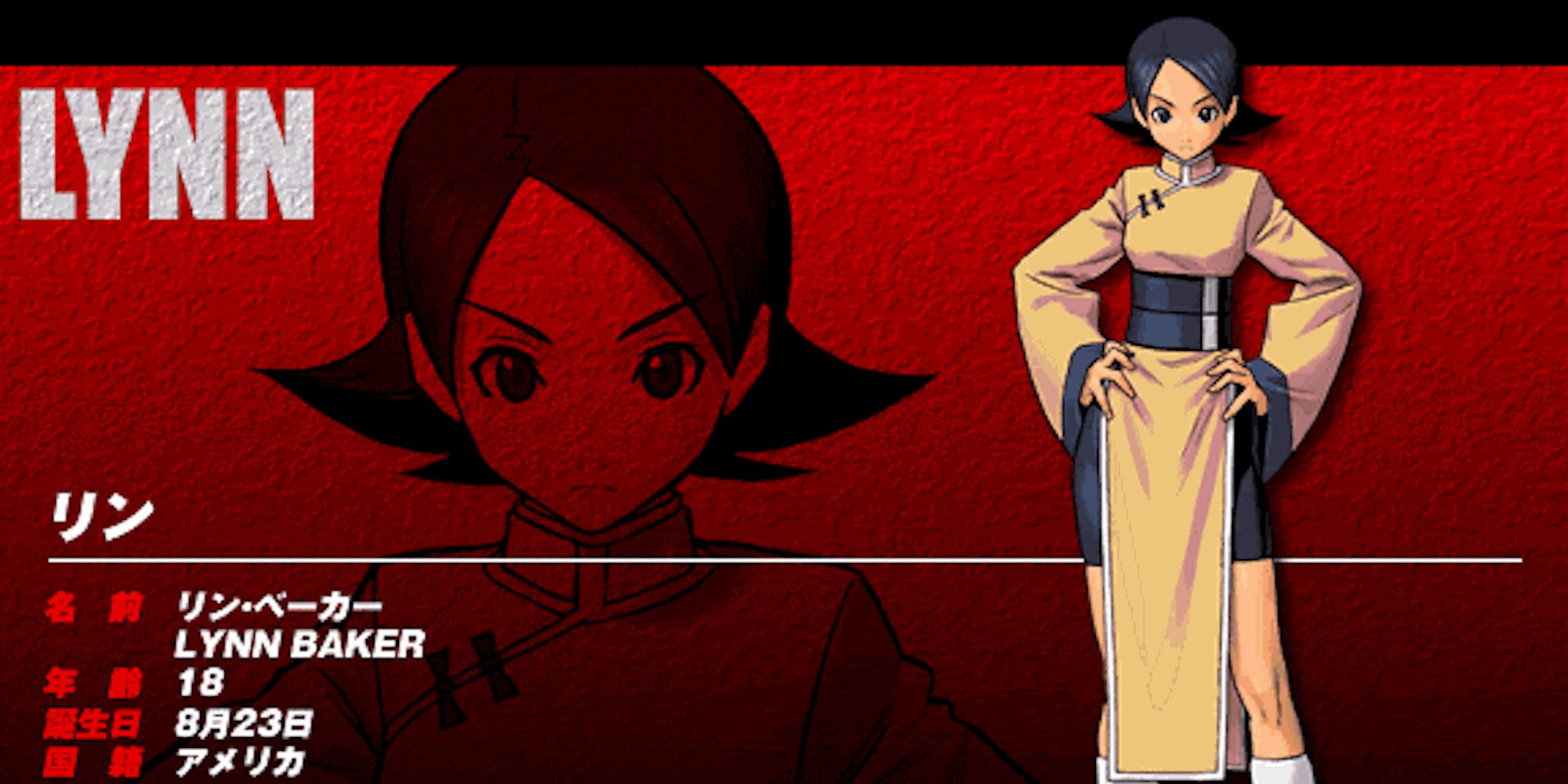 Rage of the Dragons is a tag-team fighter originally released for the Neo Geo. Among its roster of well-designed characters, Lynn Baker has the most ambivalent relationship to fighting.

Lynn was trained in martial arts by her grandfather. After his death, she takes responsibility for preserving his legacy as the White Dragon. While carrying this heavy burden, Lynn uses her martial arts teaching income to save up for the latest fashionable outfits. She’s a model of balancing family responsibility with personal pleasure – and she does so in calm, elegant style. 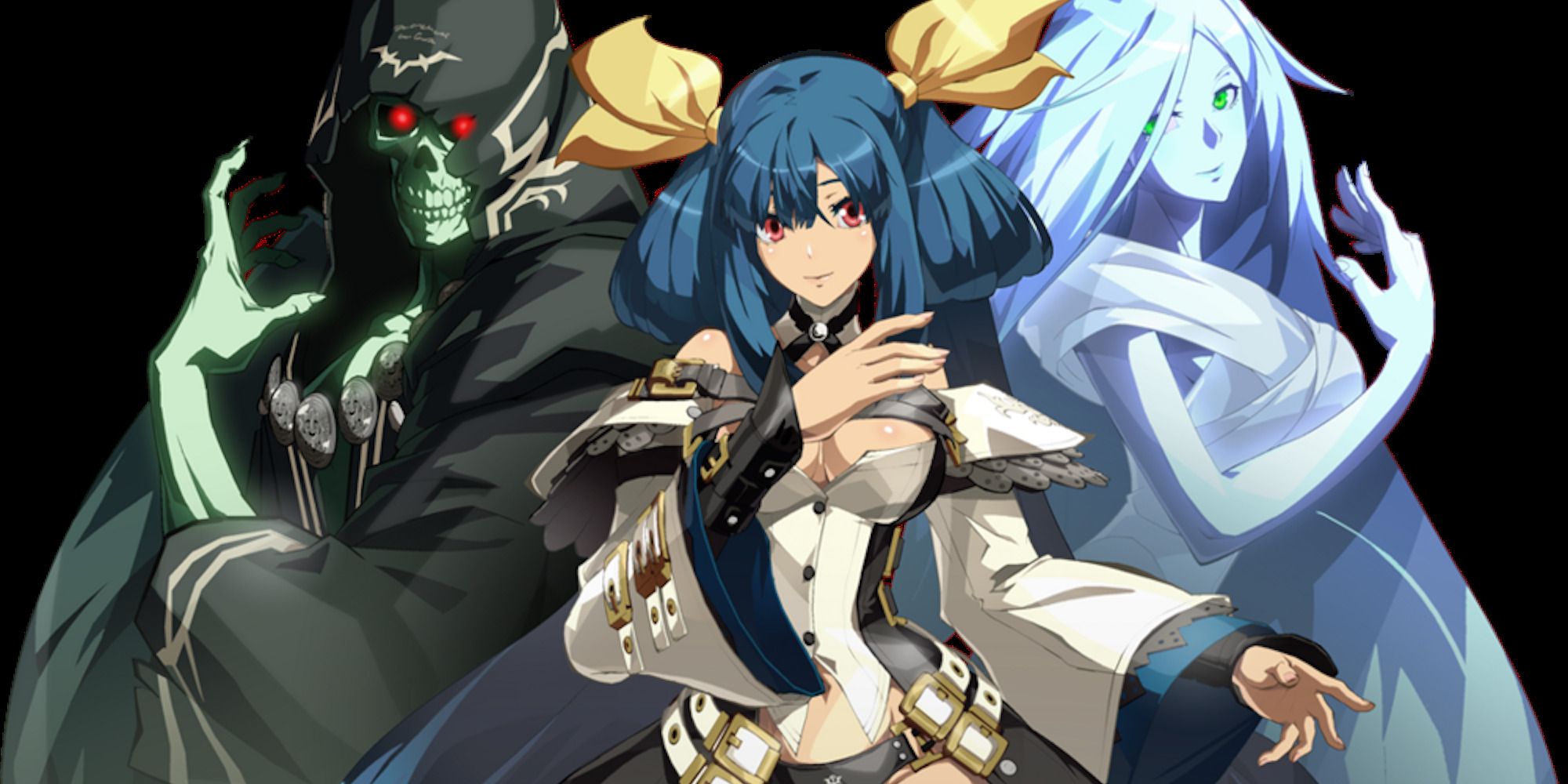 Guilty Gear's dense story is told through four-hour cutscenes and countless in-game encyclopedia entries. While the grand narrative may bewilder newcomers, Dizzy is an easy character to understand.

She’s a gentle and kind person who struggles to control her guardian wings – the fiery Necro, who represents violence, and the watery Undine, who represents self-defense. Necro and Undine often lash out at “enemies” even after Dizzy begs them to stop. Their rash behavior escalates situations, pulling Dizzy into messy conflicts which she would not otherwise join due to her peaceful nature. 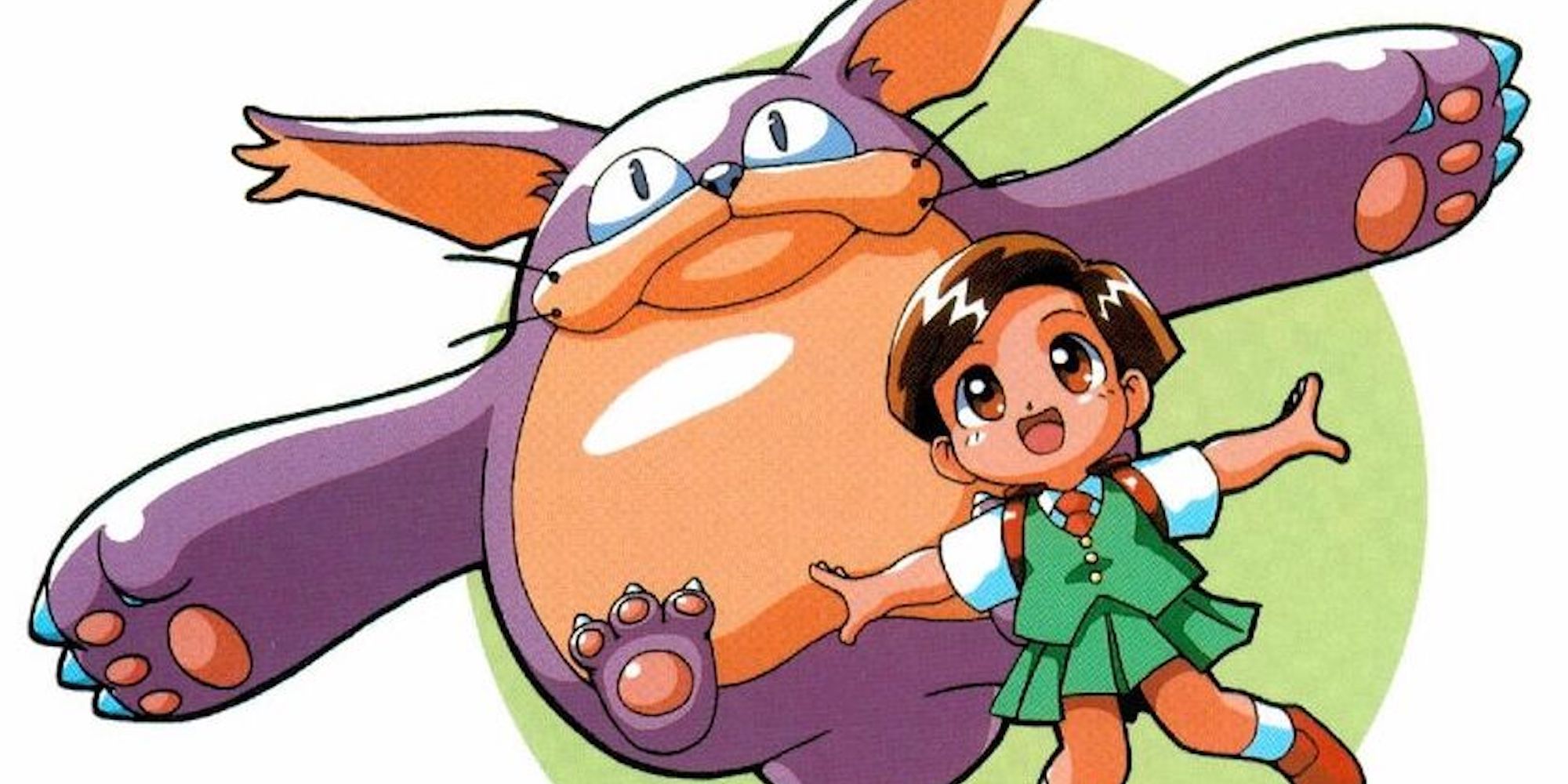 Fighting games often use the trope of a gentle giant protecting a young child. It’s easy to love such characters, and to feel guilty for defeating them.

In the strange and colorful Waku Waku 7, Mauru is a respected forest-dweller who comes across the human Mugi and promises to return her home safely. Mauru’s direct move-set demonstrates their physical strength, but at the same time, they fight with the adorable Mugi clinging to their back. Eventually, Mauru fulfills their promise, and Mugi is gratefully reunited with her parents. 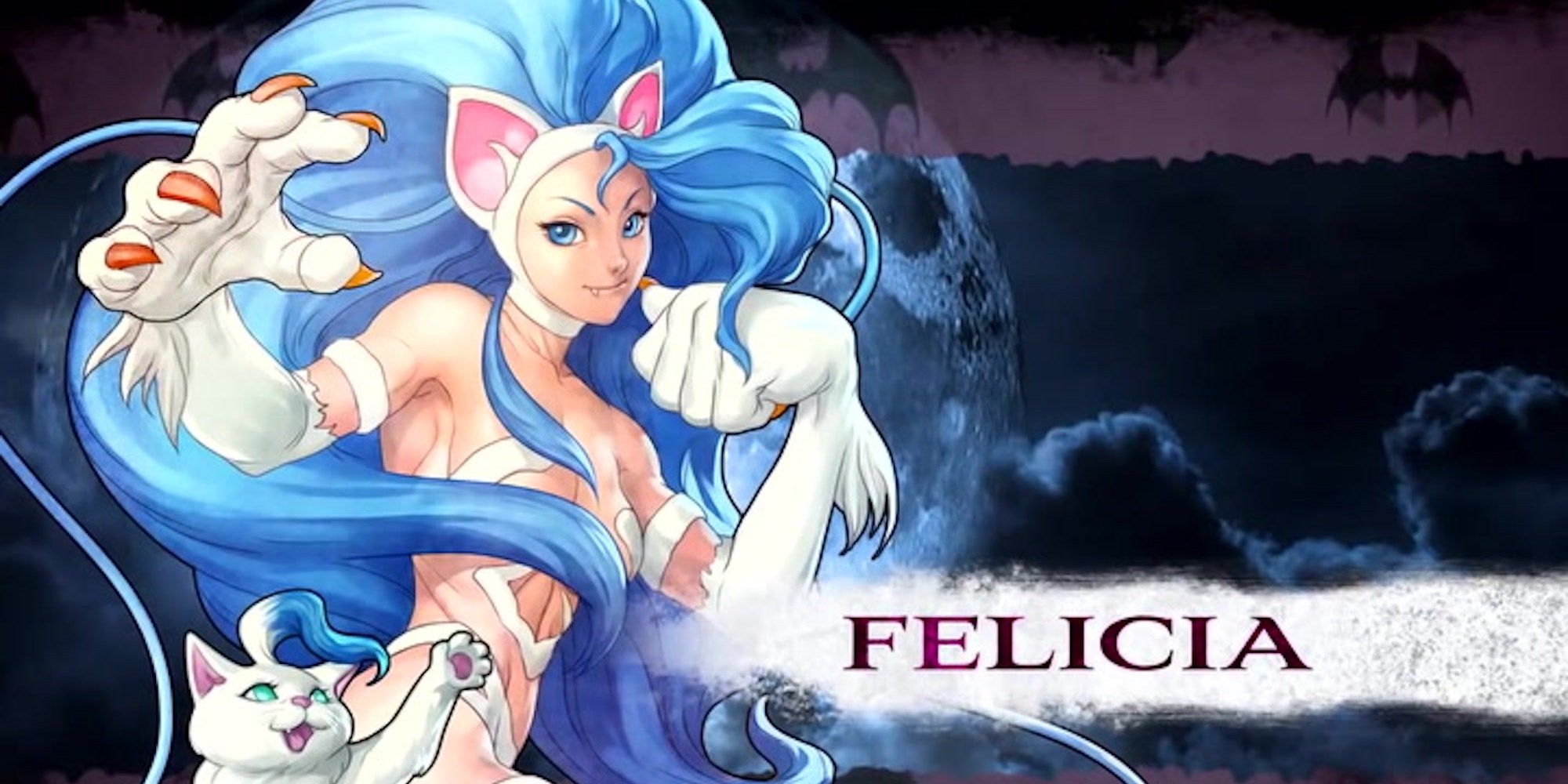 The roster of Darkstalkers may feature monsters, demons, and cute bees, but it also includes lighthearted cat-girl Felicia. Faced with human prejudice against the non-human Darkstalkers, Felicia sustains hope for coexistence and sees violence as a last resort.

Although Felicia has a fierce style that lets her rapidly cover distance and attack, her passion is music – she plans to unite different groups by touring as a pop star. Felicia’s hopeful outlook is endearing in a horror-themed game. Elsewhere, in the Marvel Vs. Capcom series, she even shows an unlikely affection for dogs. 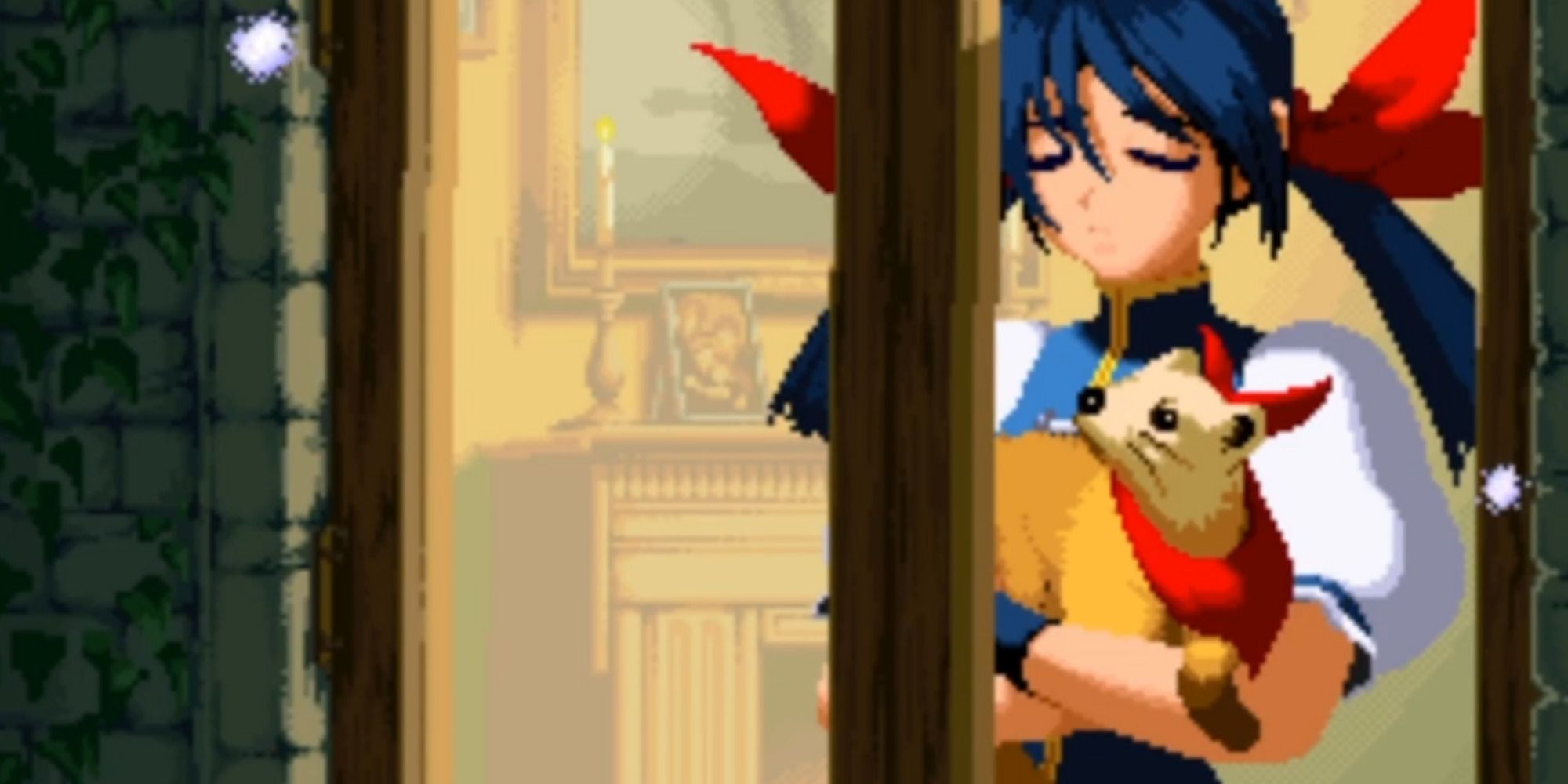 Hotaru fights as gently as she can, incorporating open-palm strikes, rising kicks, quick vaults, and graceful throws into her repertoire. This suits her easygoing personality.

Hotaru’s goal is not to hurt her opponents, but to brush them aside in search of her missing brother. Unfortunately, Garou: Mark of the Wolves’ roster includes a policeman, a pirate, and a serial killer. Hotaru remains joyful against such hardened opposition, in part because of her companion ferret Itokatsu. The game’s manual specifies that she can shape any animal out of snow. 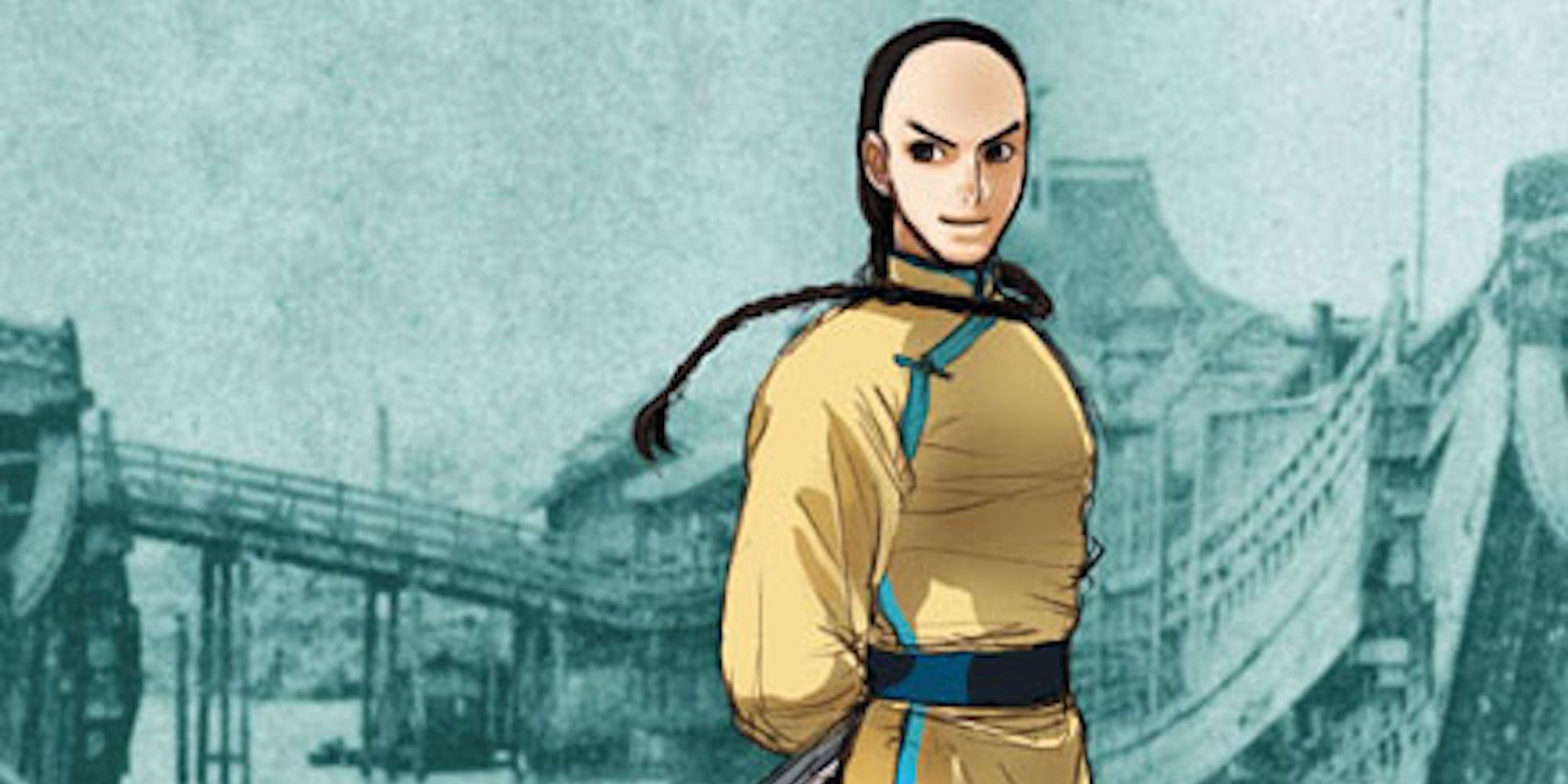 Lee is an acrobatic monk whose command of fire and handheld fans makes him a joy to control. The Last Blade games also have a dedicated parry button, which lets Lee play reactively, turning enemies’ aggression against them.

Despite his fluid move-set, Lee only fights from a sense of duty. On seeing an ominous red star, he travels to Japan to suppress a growing evil. Afterward, Lee makes a modest living through farm work before somehow traveling to America. Evidently, new sights excite him more than new battles. 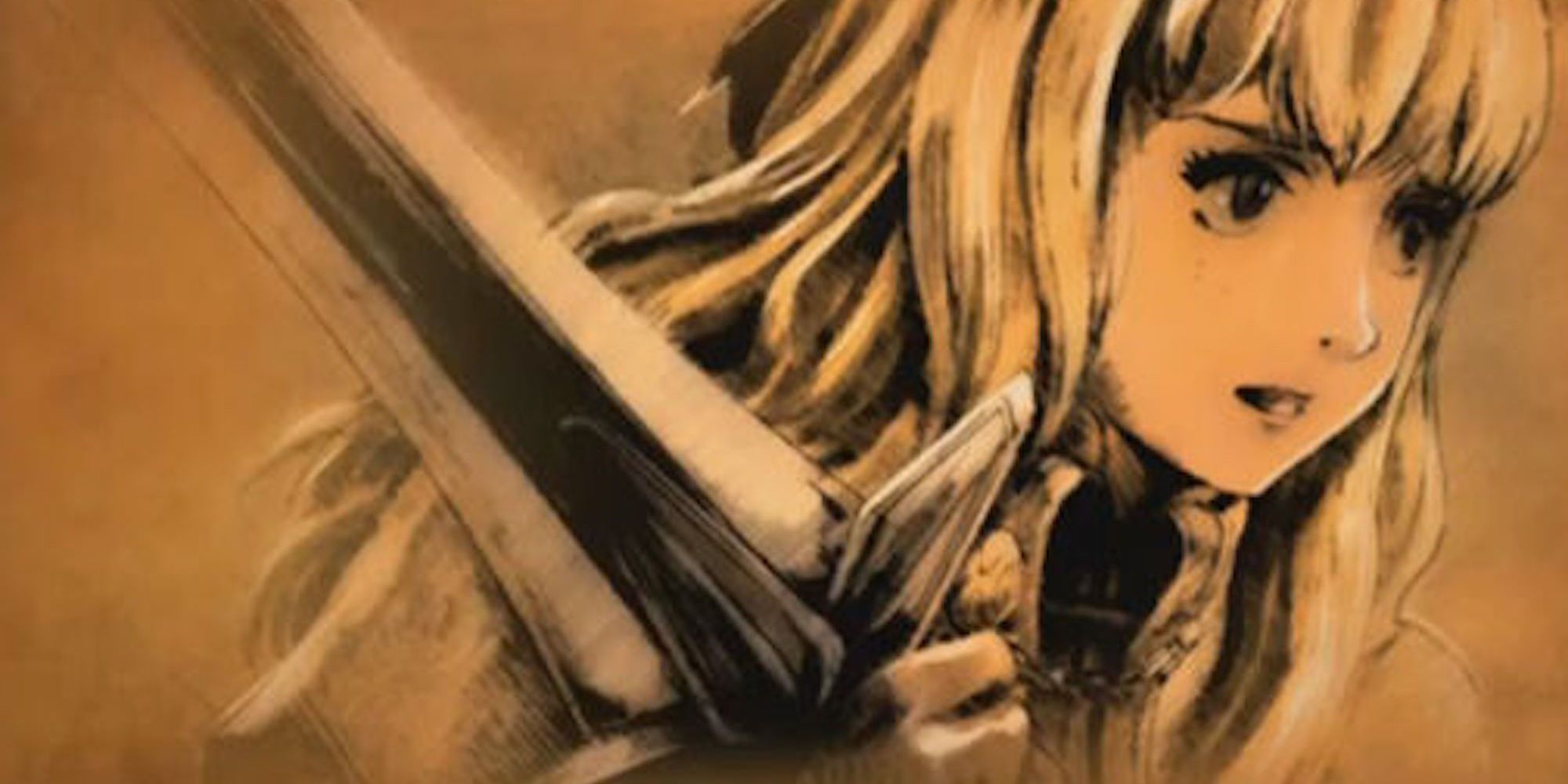 Repeatedly manipulated and hurt by the unpredictable Tira, Pyrrha lacks confidence as a fighter. She hides behind her shield and leans away from opponents. Worse, Pyrrha’s throws look unpracticed.

During her Critical Edge move, designed as an overwhelming finisher, Pyrrha says “I can’t!” and “please stop!” Her Weapon Arts also include voice lines in which she asks to be left alone. Nevertheless, Pyrrha is considered to be a strong fighter by Soulcalibur’s competitive community. Her next appearance should come in a game that doesn’t involve physical violence — or even heated arguing. 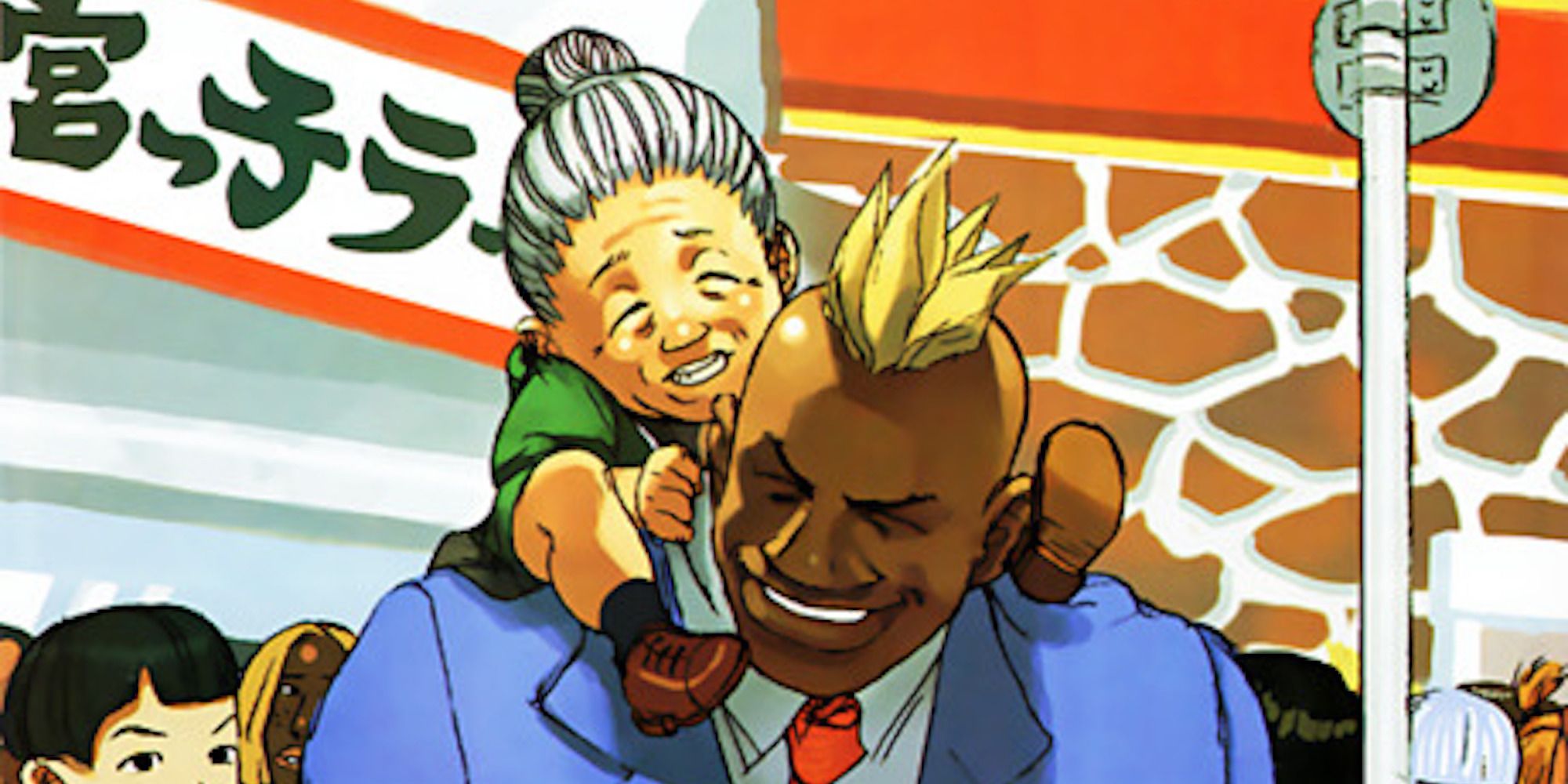 The chunky polygons of Rival Schools haven’t aged as well as its colorful, messy roster. Included alongside a camera-wielding student journalist and a perpetually drunk doctor is Boman Delgado, who is training to be a preacher.

Boman dislikes violence, so much so that he prays for forgiveness after combat. Boman’s special moves – such as “God Lariat” and “Heaven’s Cross” – are themed around religion to an almost ridiculous extent. His peace-loving nature and secret passion for cooking help Boman move past the difficulties of immigrating from America to Japan. 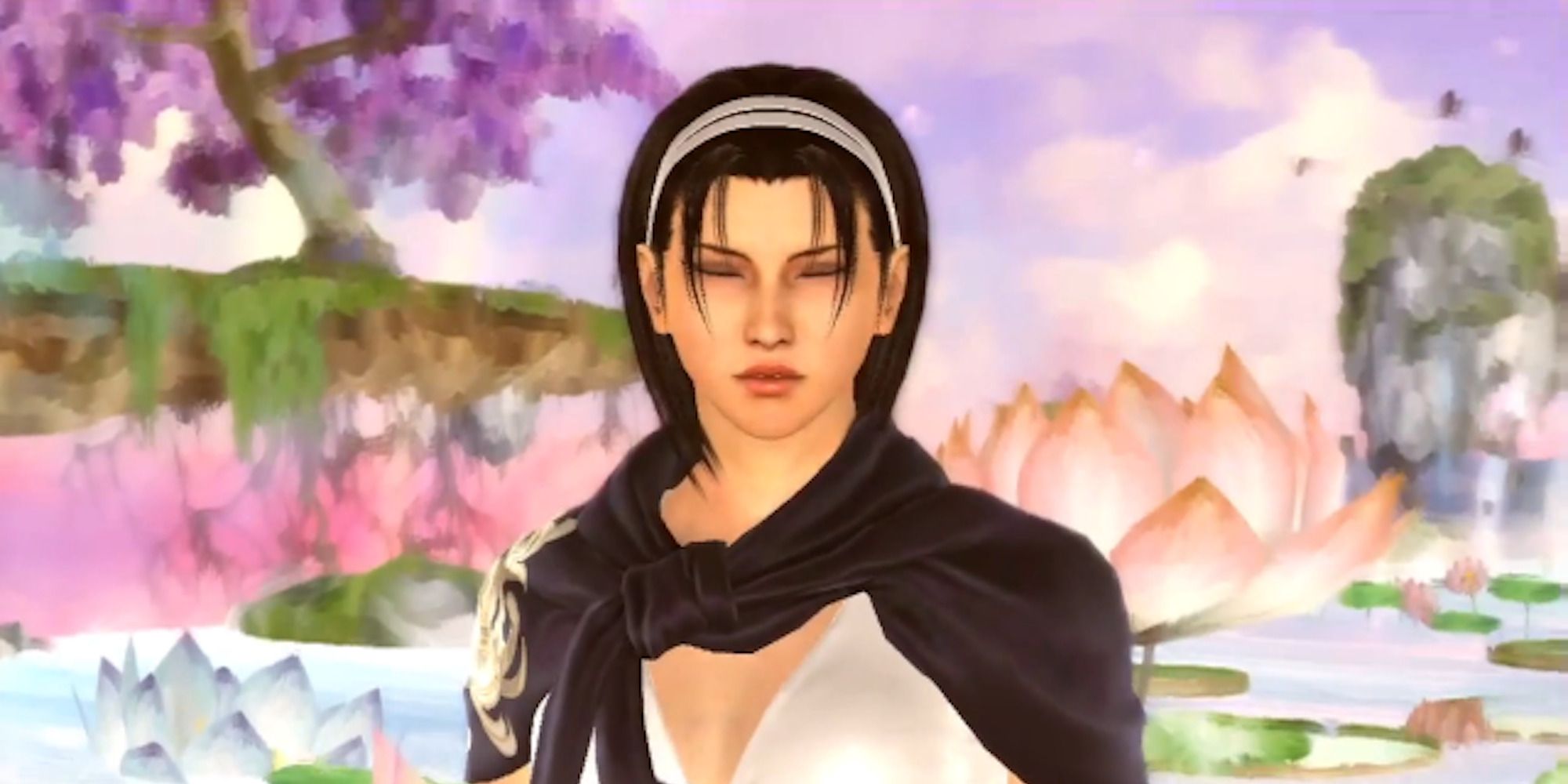 In the convoluted storyline of the Tekken series, Jun may or may not be dead. Or possessed by an unknown spirit. In any case, she is certainly the only wildlife surveillance officer to grace a fighting game.

Tranquil, mysterious, and nature-loving, Jun fights to save main character Kazuya from being possessed by the Devil. Even after her disappearance, she wields a peaceful influence over her child Jin, often discouraging him from violence. Jun’s high-waisted white pants with black crow print also make her a fashion icon. 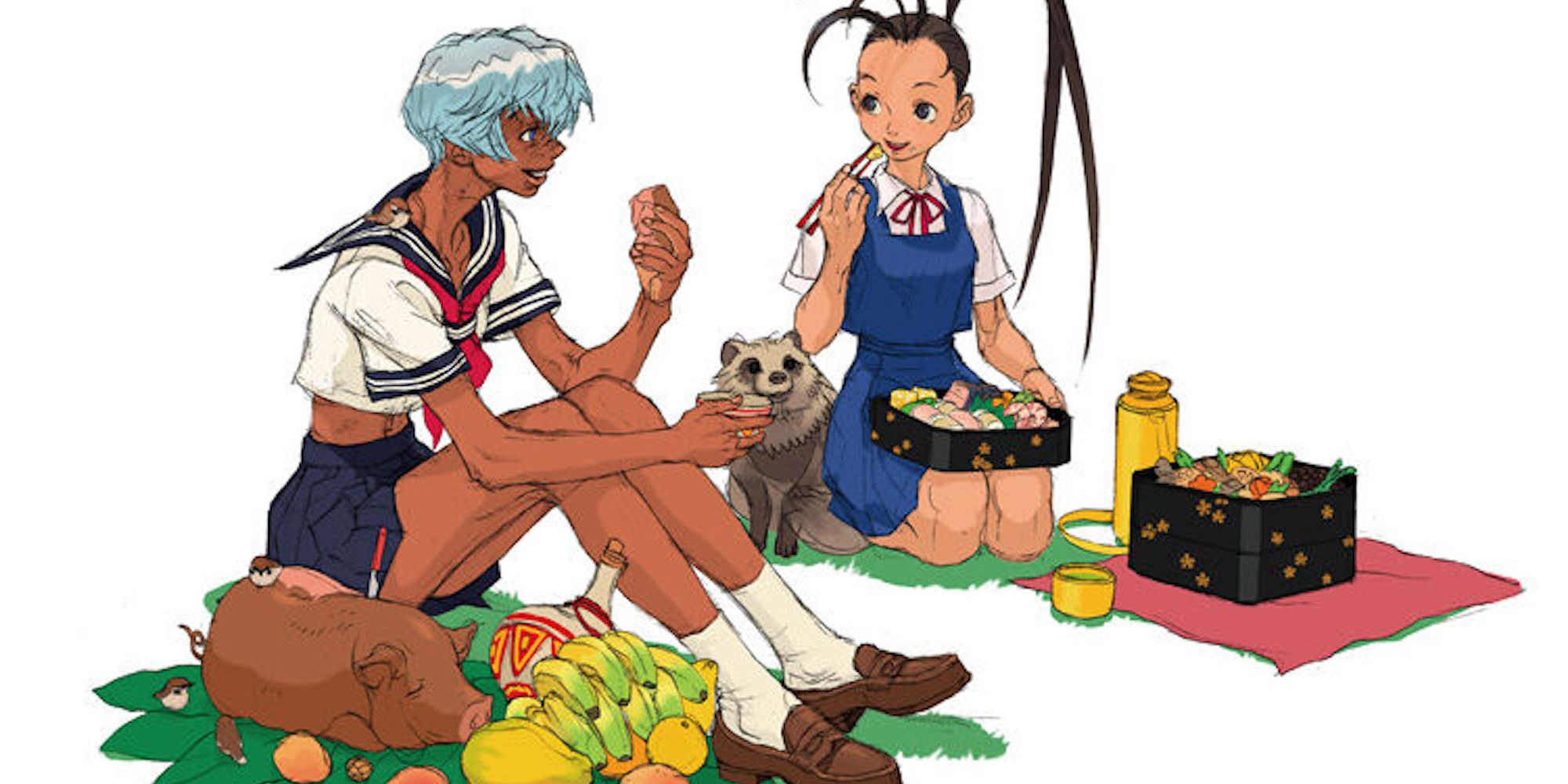 Debuting in Street Fighter 3 alongside characters such as Gill, a cult leader with apocalyptic intentions, Elena is an exchange student who enters fighting tournaments to meet new people and make new friends.

Her lighthearted, cheery attitude takes the edge off Street Fighter 3’s more disturbing subplots. That said, Elena’s behavior often annoys those who are fighting for higher stakes. Her capoiera style disguises martial arts with dance, further separating Elena from more direct fighters such as Twelve. Still, it’s nice to meet a character who is so curious about the world around her.