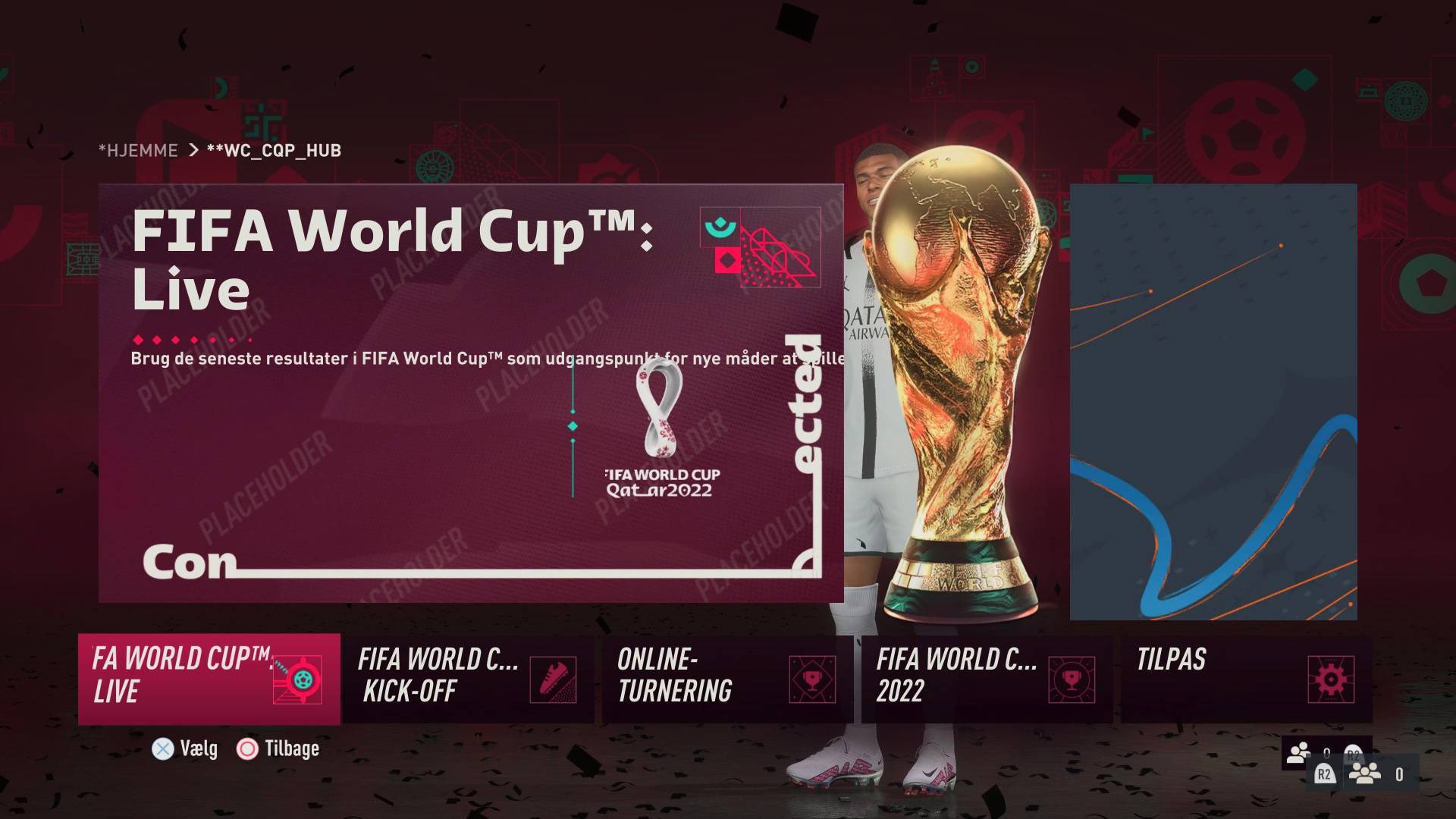 In another blunder for EA, FIFA 23’s World Cup mode has launched ahead of schedule, although only some seem to be able to play it.

While it’s proven hugely popular already, FIFA 23 has suffered from a series of problems from before it was even out.

People were able to start playing a month early thanks to a major bug and the PC version was rendered almost unplayable because of EA’s own anti-cheat software.

Now, the game has somehow leaked its upcoming World Cup mode, with some people on social media claiming they’re able to play matches in it.

EA never provided an official release date for the World Cup mode, but it was safe to assume that the plan was to add it closer to the actual FIFA World Cup, which kicks off on November 22.

This leak doesn’t appear to be the result of hacking or datamining either. Instead, it seems EA just switched it on too early, making it possible for players to peruse its menus.

FUT Mentor on Twitter has demonstrated how to access it, but he reports that none of the menus work.