You are here:
Home / FIFA 21 TOTS schedule: When are Premier League, Bundesliga, La Liga, Serie A teams out? 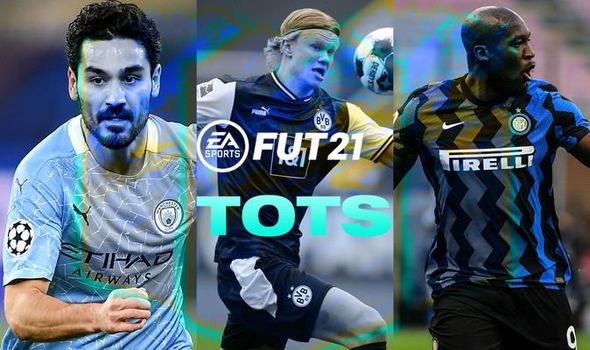 FIFA 21 TOTS promotion is taking place right now, with Team of the Season launching last Friday. EA kicked the FIFA 21 TOTS promo off with the release of the Community Vote squad and EFL cards, but there are plenty more highly anticipated new FUT additions on the horizon. Arguably the most eagerly awaited FIFA 21 TOTS squad will be the Premier League line-up, with the Bundesliga squad likely to bring in a monster of a card for Borussia Dortmund’s Erling Braut Haaland and the Serie A and La Liga line-ups surely adding upgraded cards for Lionel Messi and Cristiano Ronaldo.

But when will the Premier League, Bundesliga, La Liga and Serie A FIFA 21 TOTS squads launch?

EA hasn’t confirmed the FIFA 21 TOTS schedule but judging by past releases fans have a good idea of what squads will be launching when.

As reported by DBLTAP, a post from Twitter user @FUTPirlo_ may give fans an idea of the FIFA 21 TOTS release schedule.

May 14 – Bundesliga TOTS and Liga NOS

May 21 – Serie A TOTS, Eredivisie and CSL

June 4 – Ultimate TOTS and Rest of the World

Alongside these dates the @FUTPirlo_ tweeted: “Speculative TOTS Dates!!! 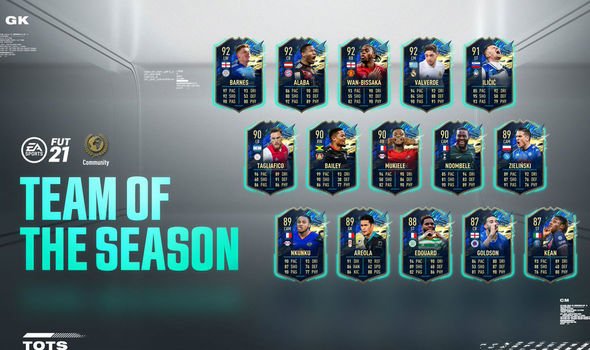 The @FUTPirlo_ account made these predictions before EA announced the start date for this year’s Team of the Season promo.

And so far the account has been correct about the launch of the FIFA 21 TOTS Community Vote squad and EFL team, accurately predicting these squads would launch on April 23 before it was announced.

We’ll have to wait and see whether @FUTPirlo_ is spot on about the remaining dates in the FIFA 21 TOTS release schedule or not.

In terms of timings that fans need to be aware of, the first FIFA 21 TOTS squad was announced and released at 6pm UK time.

So it seems likely that the remaining Team of the Season squads will be released then too.

In terms of what players could feature in the upcoming TOTS squads, the Premier League is likely to have a number of players from league leaders Manchester City.

But we wouldn’t be surprised to see other standout performers from other teams like Leeds United’s Patrick Bamford and Aston Villa’s Emi Martinez also feature.